Aosta: the Rome of the Alps

Discovering the ancient city of Aosta, famous as the 'Rome of the Alps', let's find out why.

The city of Aosta, county seat of the autonomous region of Aosta Valley, represents a significant evidence of the ancient Roman civilisation. Indeed, Aosta is the second city, after Rome, with the major number of still visible ancient Roman remains, reason why it is also called "the Rome of the Alps".

I was so happy to admire those beautiful landscapes and the triumphal arch of Aosta that I had just one wish to make: that life would last forever. 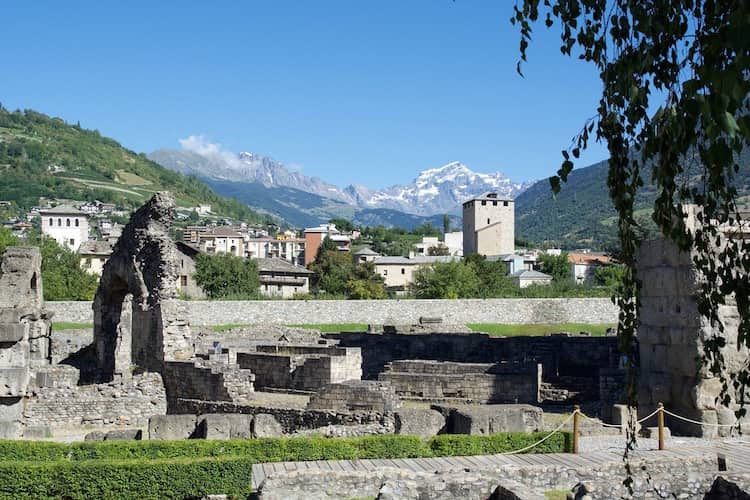 The city of Aosta is located in the centre of Aosta Valley, 583 metres above sea level. It rises up among many Roman ruins and majestic mountains; Becca di Nona, Monte Emilius, Pointe de Chaligne and Becca di Viou are the mountains that surround it. Founded by Romans in 25 BC, at the confluence of the Buthier and the Dora Baltea, Aosta was called “Augusta Praetoria Salassorum” and it represents an example of Roman city planning, still recognisable in the current urban structure.

The history of Aosta According to the legend, in 1158 BC Cordelo, progenitor of the Salassi, Saturn's descendant and companion of Hercules, founded the city of Cordelia, the current Aosta. Although it is just a legend, the Celtic Salassi tribe really occupied, in pre-Roman age, the area where today the city rises up. In 25 BC, after repeated military expeditions, the troops of Caesar Augustus' lieutenant, Aulus Terentius Varro Murena, defeated the Salassi and the Roman colony of Augusta Praetoria Salassorum was founded.

During the Roman Empire, the road Via delle Gallie, a Roman road made at the behest of Augustus to connect the Po Valley to Gaul, passed through Aosta, reason why the control over such area became, due to the progressive conquest of Gaul, crucial. Here Romans built a fortified city that guaranteed them the transit through the Roman roads that connected Northern Italy to Northwestern Europe. A majestic wall protected an area of 414,128 m², while four doors allowed the access to the city, which was built according to the orthogonal cardo-decumanus model. Inside the walls there were the residential areas, the theatre, the thermal baths, the forum, the amphitheatre, whereas the working-class neighborhoods, divided according to the classic grid plan method, were located at the southern area of the city.

During the Middle Ages, after the centuries-old supremacy of the Roman Empire, Aosta Valley was the scene of wars between the Ostrogoths and the Burgundians, and later between the Lombards and the Franks. After the fall of the Carolingian Empire it became part of the Kingdom of Burgundy, until 1032; with the establishment of the County of Savoy the city followed its path until the Italian unification.

Things to see in Aosta 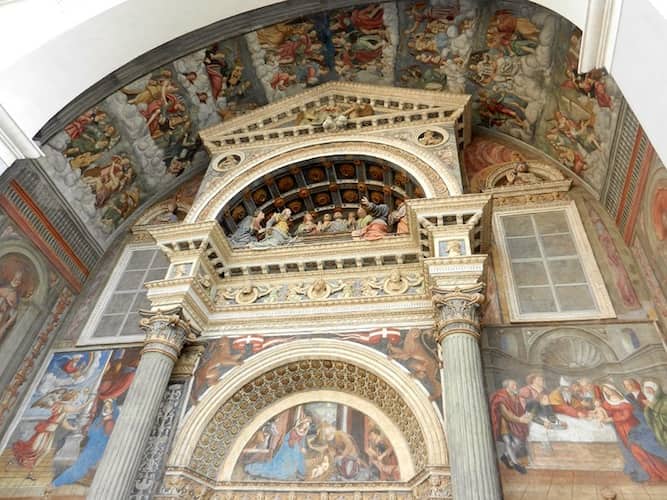 The city centre of Aosta presents different historic, artistic and cultural exemplars; not only majestic Roman ruins, but also more recent monuments such as the Romanesque Sant'Orso and the Cathedral, built during the 11th century, symbol of the religious worship of the city.

Among the Roman monuments we find, first of all, just outside the ancient town walls, the Arch of Augustus, built in 25 BC to celebrate the victory over the Salassi; a triumphal arch considered to be the symbol of the city. The ancient Roman walls are still preserved almost in their entirety and they are walkable, a walk of about three km; they were characterised by the presence of twenty towers, some of them are still visible, such as the Leper's Tower, the Tour Fromage, the Bramafam Tower and the Tour du Pailleron. One of the best-preserved towers is the Tour du Pailleron, a square tower, with six open windows on each side, three on each floor, which was named like this since it was designated as a barn for a long time. In addition to the towers, the Roman walls have also four gates, such as the ancient Porta Praetoria, the eastern gate to the Roman city of Augusta Praetoria Salassorum, the current Aosta. Built in 25 BC, the gate has preserved its original forms and it is formed by two series of arches enclosing a small square. Certainly, one noteworthy Roman monument is the Roman Theatre; built nearby the Porta Praetoria, a few decades later the establishment of the city, it occupied a great area with its majestic buildings, of which just part of the main façade, which is 22 metres tall, the cavea, the stage and the lateral porticos remain. The Amphitheatre, built under Claudius too, half of the 1st century AC, was constructed within the walls but today its remains are incorporated into a Medieval building, the cloister of Santa Caterina. The amphitheatre occupied an area of 86 by 76 metres and it could contain up to 15.000 people, more than the city’s population at that time. Today only few ruins of the ancient Forum remain, such as the Cryptoporticus, which in ancient times surrounded the sacred area of the forum.

The Cathedral of the Assumption of Mary and Saint John the Baptist and the Collegiate Church of Sant'Orso, the two main exemplars of sacred art in Aosta Valley, date back to the Middle Ages. The Cathedral rises up where in Roman times the sacred area of the Forum was located; it has almost preserved the Romanesque aspect of the 11th century. Instead, the Cathedral's façade is made up of two separate parts: an atrium dating back to the 16th century and a Neoclassical front section that was added in 1848; from inside the church you can enter the Treasure Museum, which safeguards pieces from the Cathedral's rich treasure and other works of art originating from different parishes of Aosta Valley. The Ottonian frescoes, visible in the attic of the church, and the cloister, the jewel of the monumental complex, with its Medieval historiated capitals, a great example of Romanesque art, are the noteworthy features of the Collegiate Church of Sant'Orso.

The main square of the city was built during the Contemporary era: Square Émile Chanoux. It is dedicated to the leader of the anti-fascist resistance in Aosta Valley, Emile Chanoux, killed by the Nazis in 1944. The square is surrounded by different buildings, such as the Neoclassical city hall, the Hôtel des États, known for having hosted the Estates General and the Conseil des Commis, and the Caffè Nazionale, dating back the mid 1800s, of which the Gothic circular room is preserved.