Irpinia is a surprising land waiting to be discovered. Its tourist offer is a frame that overlooks the countryside. Good food, cultural attractions and a warm welcome are its calling card.

The verde Irpinia (green Irpinia). This description defines a territory located in the region of Campania that hides places rich in culture and historical interest with an excellent food and wine panorama. The capital of this region is the kaleidoscopic city of Avellino, an Italian municipality of almost 53,000 inhabitants in the "conca avellinese", a site surrounded by a frame of mountain ranges. Discovering Irpinia is like a 'treasure hunt', with several attractions as a common thread that allows those who choose to visit to continue their journey in search of 'that' something to do. Here are 10 useful suggestions for discovering Avellino and its surrounding areas, not only from an artistic and cultural point of view. Festivals and fairs abound, and there is excellent gastronomy and production of inimitable wines famous worldwide.

Located in the historical centre of Avellino, the Duomo is also known as the Cattedrale di Santa Maria Assunta, and it's the mother church of the diocese of the Irpinian capital. Imposing and baroque, work on its construction began in 1132 at the behest of Bishop Robert and ended in 1166. Damaged by various earthquakes and wars, it has been restored several times. The façade, designed by architect Pasquale Cardola in 1860, reflects its elegance. Inside, many paintings and statues are preserved, such as that of the Madonna Assunta.

9. Crypt of the Cathedral 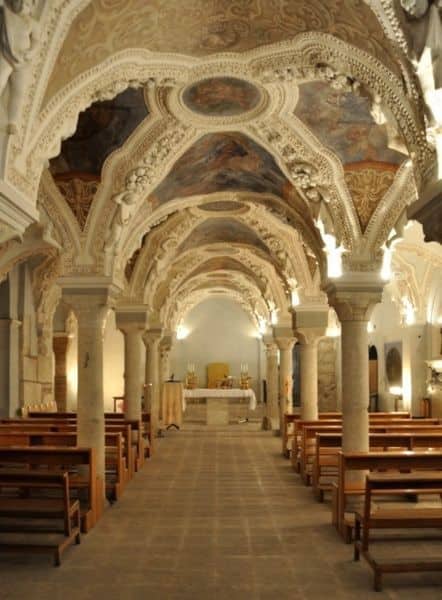 The oldest part of Avellino Cathedral is the Crypt of Our Lady of Sorrows, also known as the small church of Santa Maria dei Sette Dolori, dating from the 6th century. The structure is made up of three naves in the Romanesque style. Its main feature is the ceiling, where you can observe the 18th-century frescoes by Angelo Michele Ricciardi. Historical notes report that the crypt was originally the cathedral of the "Civitas Abellini Longombarda". 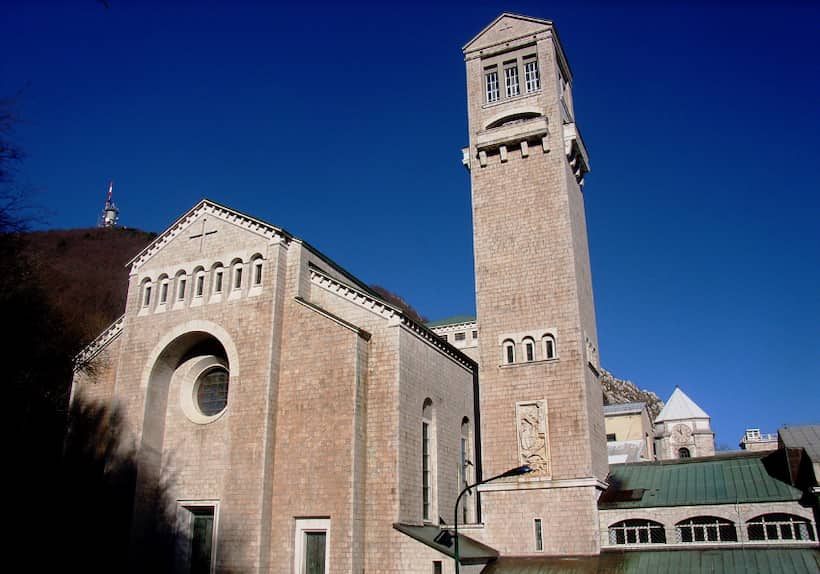 The Sanctuary of the Abbey of Montevergine on Mount Partenio is a national monument commissioned by Guglielmo Vercelli. It is one of six territorial abbeys in Italy. Faith, art and history are the three characteristics that describe this monastic complex at 1270 m altitude. Dating back to 1126, it is an important historical site that houses the painting of the Madonna di Montevergine, visited every year by more than one and a half million believers from all over Italy. It is said that the Holy Shroud was here for a short period from 1939 to 1946. The sanctuary is located in the province of Avellino and is just a 30-minute drive away.

The Museo Provinciale Irpino offers an essential contribution in terms of historical and cultural relevance. Located in Corso Europa, it is a building whose neo-rationalist architecture was designed by architect Francesco Fariello, who won a national competition for ideas in 1951. The structure is sited in a 2000 square metre area housing historical and archaeological collections, the Provincial Library, the Provincial Media Library, the Emeroteca and the Centro di Rete. Knight Giuseppe Zigarelli founded the museum. He donated an extensive library and an archaeological collection as a testamentary inheritance. Thanks to excavations in various areas of the Irpinian territory, it has been enriched with the acquisition of other material that has allowed the museum to become a flagship for what concerns the historical/archaeological area. 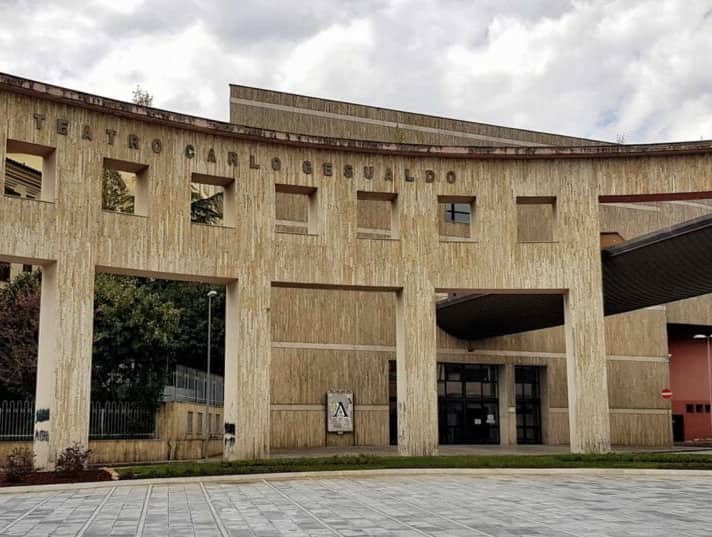 In the historical centre of Avellino stands the Teatro Carlo Gesualdo, whose inauguration in 2002 was presided over by former President of the Republic Carlo Azeglio Ciampi. The hemicycle-shaped structure (designed by architects Carlo Aymonino and Gianmichele Aurigemma) occupies the scene on Piazza Castello. Inside, the main auditorium is circular; this peculiarity has made the vision and auditory the feathers in the cap and the theatre one of the best structures in Italy. In addition to hosting a critical theatre review every year, several political conferences have been held inside the Carlo Gesualdo Theatre.

The baroque Clock Tower stands imposingly on Piazza Amendola, soaring with its 36 m high. It is one of the most remarkable monuments in the city of Avellino. After the earthquake of 23 November 1980, it was almost entirely rebuilt. Initially, its architectural structure was divided into two levels; then, a third floor featuring a clock and a danger alarm was added. Prince Francesco Marino Caracciolo commissioned its construction around 1650. Architects Cosimo Fanzago and Giovan Battista Nauclerio designed the project that became the symbol of the city.

On your way back to hotel, stop for a coffee or a delicious aperitif at the Madai Bakery Cafè in Contrada Amoretta. 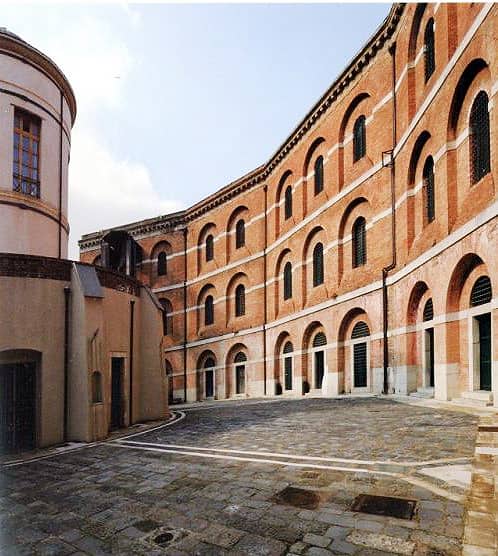 An imposing hexagonal structure stands proudly in the centre of Avellino. It is the former Bourbon Prison, whose design was entrusted to the engineer Giuliano De Fazio in 1826 by Ferdinand I of Austria. The building and its pavilions are home to the Irpino Provincial Museum, the Provincial Art Gallery, the Provincial Lapidary, and the Risorgimento Museum. The construction has been renovated and upgraded several times. One of its primary functions today is to host exhibitions, concerts and events. 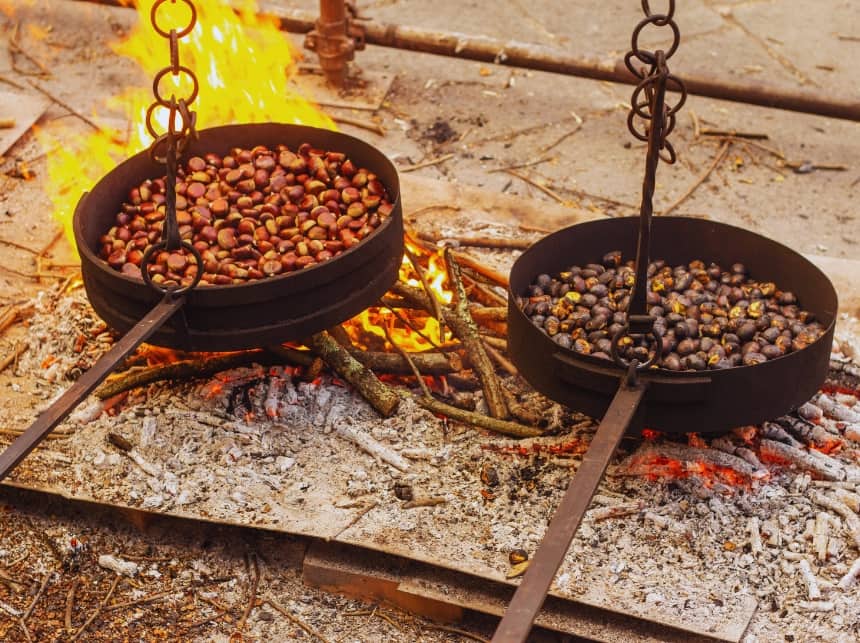 Every year, in November, the Chestnut Festival is held in Montella, in the province of Avellino. The undisputed queen of this event, which is eagerly awaited in the whole territory, is the famous PGI chestnut. Its celebration dates back to 1977, and every year this gastronomic festival attracts loads of visitors. Many are the stands where you can try the typical food and wines of the region and, of course, the Castagna di Montella, the chestnut that received the Controlled Denomination of Origin (DOC) in 1987. On 14 July 1992, the EU Commission declared the product a Protected Geographical Indication (PGI). 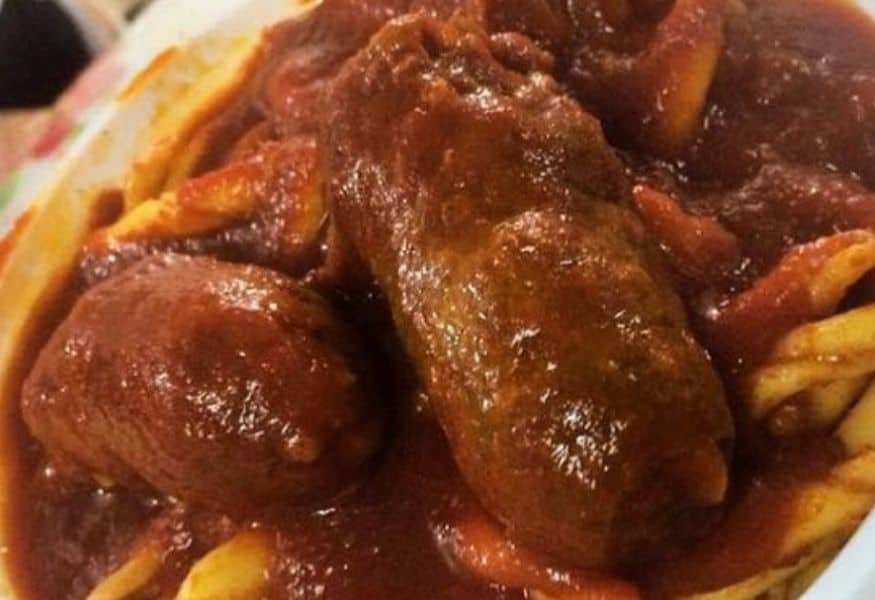 The "Sagra del fusillo e del pezzente" is one of those long-established events held in August in Montefredane - Avellino. It has always seen numerous participation during its three-day festival. The speciality of the celebration is Fusillo - a particular type of pasta - seasoned with pezzente sauce, a soft, slightly spicy sausage. There is never a shortage of good street music and drinks; local wines are a fixed presence accompanying the rich Irpinia cuisine.

The fascination of Carnival in Irpinia is a tradition that has continued over the years. The most representative events occur not only along the streets of Avellino but also in the areas surrounding the capital: Mercogliano, Monteforte irpino, Bellizzi, Castelvetere, Montemarano and Paternopoli. In February, the "zeze" (a tragicomic farce based on the Commedia dell'Arte) honour this multicoloured festival with masks, costumes, floats, music, and dancing. The joyful celebration attracts the curiosity of locals and tourists, and it's also a "bridge" linking all the territories in Irpinia. This Carnival is important on a national scale and has become a driving force for tourism.