The tradition of wine in Sicily: the Etna vineyards

The denomination Etna D.O.C. is one of the most important of the wine tradition of Sicily. Created in August 1968, it develops along the slopes of the volcano Etna, whose properties give to the various vineyards that grow there a series of peculiar characteristics.

Between Castiglione di Sicilia and Randazzo, through Catania and Acireale, the main winners of Etna are for Etna Red, which is the most common and produced, grapes from Nerello Mascalese with the addition of up to 20% of Nerello Cappuccio (also known as Nerello Mantellato). In the case of white production, Etna white DOC is made up of at least 60 % of Carricante grapes, plus Catarratto, the most common white grapes in Sicily and other small quantities of wine.

The special design of the territory, made of a lavic stone, gives the wines which derive from it a unique smell and, above all, a unique taste, characterized by a light flavor and a rich and full taste. Because of its particularity, the Etna’s area can be defined as ‘an island on the island’ because its climate characteristics clearly distinguish it from the rest of Sicily. The soil is rich in elements of a volcanic nature (ash, sands, lapillus, and pumice) which produce high-quality grapes.
The vineyards of Etna are among the highest in Italy and the world; there, wine producers are experimenting with innovative methods with sites located on the slopes of the volcano at the highest possible altitudes, to evaluate the effects on the production of the blackest and most lava-rich soils. However, producers keep using the traditional methods of the terraced vineyards of Etna, with their sapling- trained vines. Here the sea-sky meeting, thanks to the altitude at which these wines are grown and born, has created one of the richest, most celebrated, and best-known productions in the world. The disciplinary of the Etna DOC denomination has remained unchanged over time, despite the myriad of changes in winemaking methods, viticulture, the wine market, and consumer preferences. 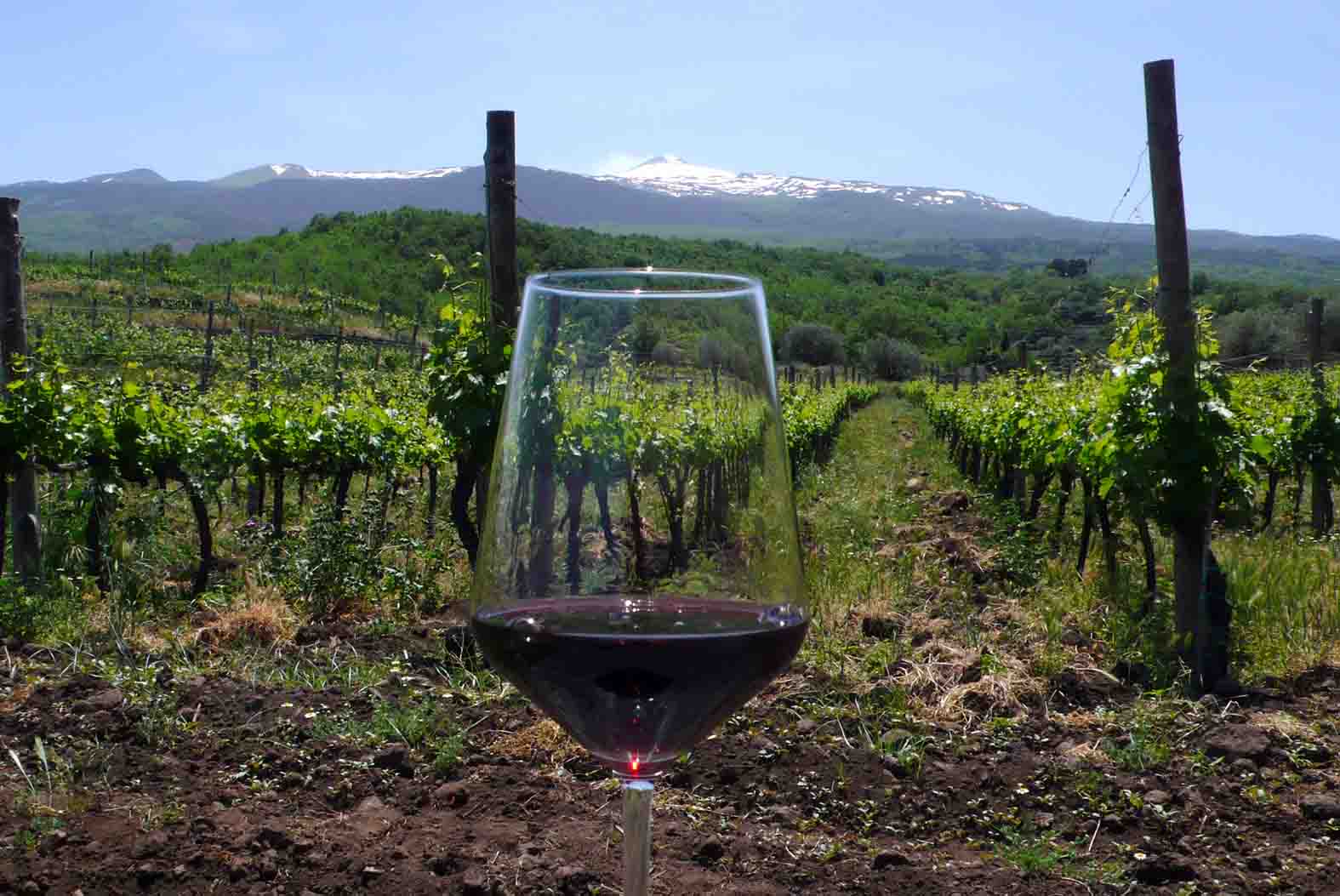 In the rural area of Contrada Valle Galfina, in the estate of Linguaglossa (CT) the Scilio family, which has been producing wine from Etna for five generations (it was 1815 when they started), now keeps producing wine. For the Scilio family, cultivating and producing wines means, first and foremost, treating vineyards so that they retain all the typical properties of the area where they are born, the Etna Terroir, and then, tasted them to the guest of their magnificent resort inside the estate; with the renovation of the old farmhouse, which reflects the traditional rural architecture of east Sicily (wide environments, use of lavic stone, porticos, large outdoor spaces) in combination with modern elements (the rooms have all the comforts, the open-air swimming pool), the Scilio family welcomes us into their home to experienced us relaxation, knowledge about wine and taste (indeed they also produce organic oil and some of the typical Sicilian fruits and vegetables) and authenticity.