Spending summer holidays in Sardina is a magical experience. You will discover a unique, beautiful island rich in culture, traditions and events.

Sardinia is one of the most beautiful islands in the Mediterranean Sea, world-famous for its lush, unspoilt nature, white beaches, clear waters and delicious local traditions. This article contains tips for special summer holidays in Sardinia, an unforgettable experience.

Life in Sardinia is perhaps the best that a man can hope for: twenty-four thousand kilometres of forests, countryside, coastline immersed in a miraculous sea ought to coincide with what I would advise the good Lord to give us as Paradise.

Its crystal-clear sea: the unmissable stop on your summer holidays in Sardinia

With its 1800 kilometres of coastline, Sardinia is one of the most beautiful places in the world to spend the holidays for lovers of the sea. This supremacy is due to the great variety of landscapes and colours that make Sardinia a true spectacle of nature: you can find long white sandy beaches, rugged coves, gentle dunes of golden sand, and expanses of sparkling stones under the August sun. The seawater shine in incredible shades of blue and sparkles like a jewel in the beautiful summer light.

Suppose you are planning your vacation and wondering what to do in Sardinia on your summer holidays. In that case, you should know that every minute spent swimming in the sea waves will be a moment of pure joy that you will remember forever. But what are the unmissable beaches? Let's see them together!

The northern coast is considered by tourists and locals the most beautiful of Sardinia. Here, you will find breathtaking coves and bays as you have never seen anywhere on the planet. We suggest you visit the area of Santa Teresa di Gallura to admire its spectacular coves, in particular, the beach of Marmorata, and if you love surfing you cannot miss the beach of Porto Pollo. Furthermore, if you prefer a sophisticated atmosphere, don't miss the famous Costa Smeralda's white beaches and luxury hotels! Let's enjoy the amazing views and fashionable places: Michael Douglas, Mariah Carey, Catherine Zeta-Jones, Leonardo di Caprio and many other famous actors, actresses and other VIPs fell in love with this destination.

The eastern part of the island will offer you fantastic naturalistic views and, if you get the opportunity, we recommend visiting this part of the coast by boat. The Mediterranean scrub here hides beautiful small beaches, away from the crowds of tourists and deep blue waters: we recommend reaching San Teodoro, the wonders of the Gulf of Orosei and Cala Murtas.

The southern area of Sardinia has been re-evaluated in recent years, mainly thanks to the beautiful beaches of Villasimius, such as Is Molentis, chosen for several advertising sets. The area boasts top-quality hotels and services, ideal for families.

The beaches to the west of the island are perfect if you are looking for tranquillity; especially during the week of Ferragosto this is the area for you! Rocky beaches and unspoilt nature will make you love Sardinia's greenest and 'wildest' coastal area. Not to be missed is Is Arutas, known as 'the beach of grains of rice' due to the shape of the quartz grains from which it is composed.

A real tradition is not the relic of a past that is irretrievably gone; it is a living force that animates and informs the present

Not only beaches: the culture and folklore of Sardinian summer In addition to natural wonders, Sardinia is an island that boasts a unique millenary culture, original when compared to other Mediterranean traditions and the Italian ones. Discovering this precious treasure will be an extraordinary experience that will make your summer holidays in Sardinia magic.

Sardinians are a people very attached to their history and traditions. They have always struggled to keep alive their dialect (which is considered a natural language, different from Italian), traditional costumes, religious and folk festivals and their delicious culinary recipes.

During a summer holiday in Sardinia, you can discover many archaeological and historical beauties that will make your experience on the island unforgettable.

Here you can find some tips!

- Go and get to know the spectacular testimonies of the Nuragic civilization, the famous Nuraghi and the Tombs of the Giants scattered everywhere throughout the territory.

- Visit some of the most spectacular Phoenician-Punic necropolis in the whole Mediterranean.

- Admire the Roman churches and aqueducts and enjoy recognizing the most evident signs of Spanish influence in the architecture of Alghero and some words in the dialects of the northern area such as "ventana" (window in Sardinian and Spanish languages).

To eat is to embed a territory

The tastiest side of summer holidays in Sardinia: tradition on the table 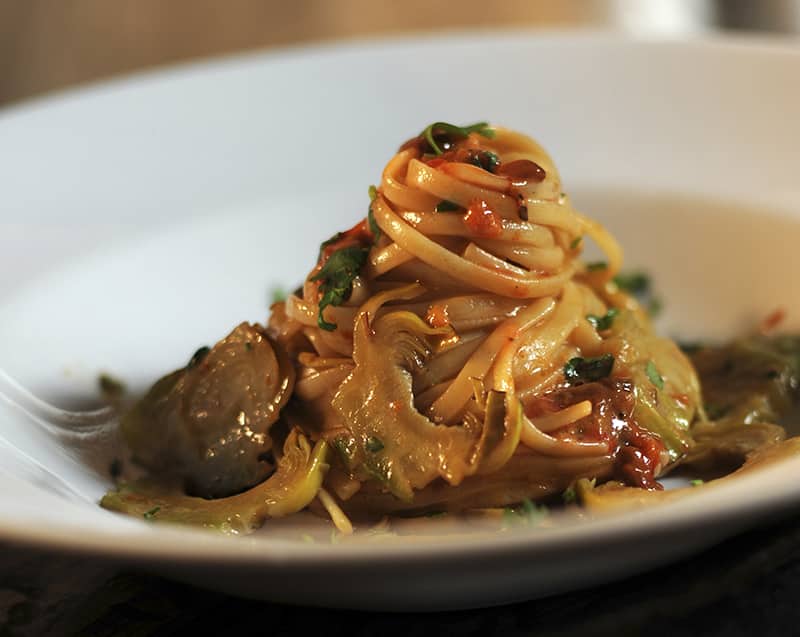 If you decide to experience this fantastic place fully, you will discover that Sardinians are an open and hospitable people. They are eager to recount their land's myths and legends and make known the popular songs handed down from generation to generation. But above all, they love to let you taste their most delicious food: from culurgiones (ravioli stuffed with potatoes, mint and pecorino cheese), to lamb cooked in a thousand different ways to snails (the 'Ciogghitta d'oro' festival, otherwise known as 'dei succhiatori di lumache' (of the snail suckers), is very folkloristic). Then there is pasta with sea urchins, botargo (don't miss the Bottarga di Cabras festival), and finally, the inevitable seadas (traditional fried sweets filled with cheese).

In addition to food, Sardinians do not miss the opportunity to raise their glasses for a toast. Among the best wines you can find are Cannonau and Syrah (if you get the chance, attend the Jerzu wine festival near Nuoro). Let yourself be tempted by Myrtle (a typical Sardinian liqueur that we recommend tasting at the Myrtle Festival in Telti) and the famous Ichnusa, the blond beer whose label features the four Moors, symbol of the Sardinian flag.

Marvelling at everything is the first step of reason towards discovery

The unmissable events of the Sardinian summer

What better way to experience this fabulous Italian island than by participating in the numerous events that fill the nights and days of this land so rich in charm and tradition?

Your diary will be full of unmissable events for your summer holidays in Sardinia: let's discover together some of those you really can't miss!

A festival deeply rooted in Sardinian tradition is the S'Ardia of Sedilo in the province of Oristano. It is a historical re-enactment of the famous battle of Ponte Milvio in which the Roman emperor Constantine got the better of the usurper Maxentius. You will witness a mad gallop on horseback through the village's streets to the top of the hill at the sanctuary of Saint Constantine. Legend has it that the priest Giammaria Ledda, a prisoner of the Moors, had a vision in which a Roman warrior promised him freedom if he had a sanctuary built dedicated to St Constantine. The priest accepted and, a few days later, miraculously obtained freedom and 20 gold coins to construct the building.

Still, on the subject of historical re-enactments, another very evocative event is the Corsa degli Scalzi that takes place in Cabras. The festival reproduces an event that happened during a Saracen invasion. While the local men fought the invaders, the village women carried the statue of the patron saint San Salvatore di Sinis to safety in bare feet in a nearby village. Today, a group of young people relive the event by running barefoot in a white tunic along the dirt paths around the hamlet. At the same time, women parade in traditional dress, playing the accordions and 'launeddas'.

To stay on the theme of music you should keep an eye on the calendar of events of the Musica sulle Bocche Festival. It is an itinerant jazz festival that will offer musical events in beautiful locations in different parts of Sardinia throughout August.

Palau will host the 2022 edition of the Isole che Parlano International Festival, with music and theatrical and visual arts performances. Events and concerts will be held in wonderful archaeological areas such as the Tombe dei Giganti and Pozzi Sacri and on the beaches.

But the events you can attend this summer in Sardinia do not end there. In the Sassari area, Cavart - Extrazioni Culturali, the Onion Festival and the Artichoke Festival, the Ittiri Folk Festa and the Weekend dei Gusti will take place. In Gallura, in addition to the famous Primavera in Gallura event, you can attend the Festa della Montagna.

If you are planning a visit to North Sardinia and would like to know about events related to the culture, food, and wine of this wonderful part of the island, we recommend you follow  the Salude&Trigu project.