Discovering the fortress of Peschiera del Garda, part of the Unesco serial site "Venetian defence works between the 15th and 17th century".

The Fortress of Peschiera del Garda, Italy's 53rd Unesco site since July 2017, is one of the defensive works built by the Republic of Venice between the 16th and 17th centuries to defend its land and sea territory. During the Renaissance, the 'Serenissima' created a new defence system, known as 'alla moderna' or 'bastioned', which reflected the changes in military techniques and architecture.

The origins of Peschiera del Garda 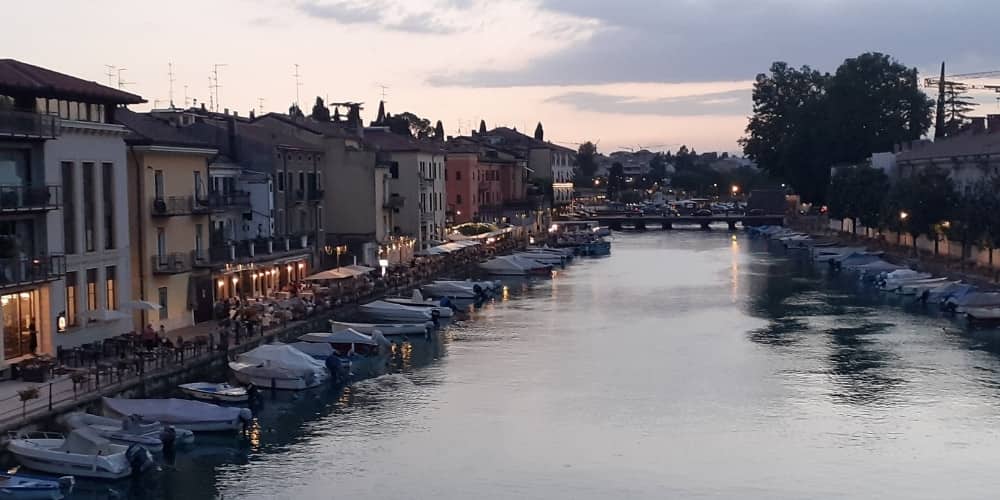 Peschiera del Garda is located on Lake Garda, in the province of Verona, close to the provinces of Mantua and Brescia. This strategic position, since Roman times has facilitated the development of the city that thanks to the river Mincio had excellent communication routes with the cities of the Po Valley, primarily Mantua. Arilica, Peschiera's ancient name, was the seat of the Empire's lake fleet and the first fortifications date back to the Roman colonisation of the first century BC.

The Fortress and its walls 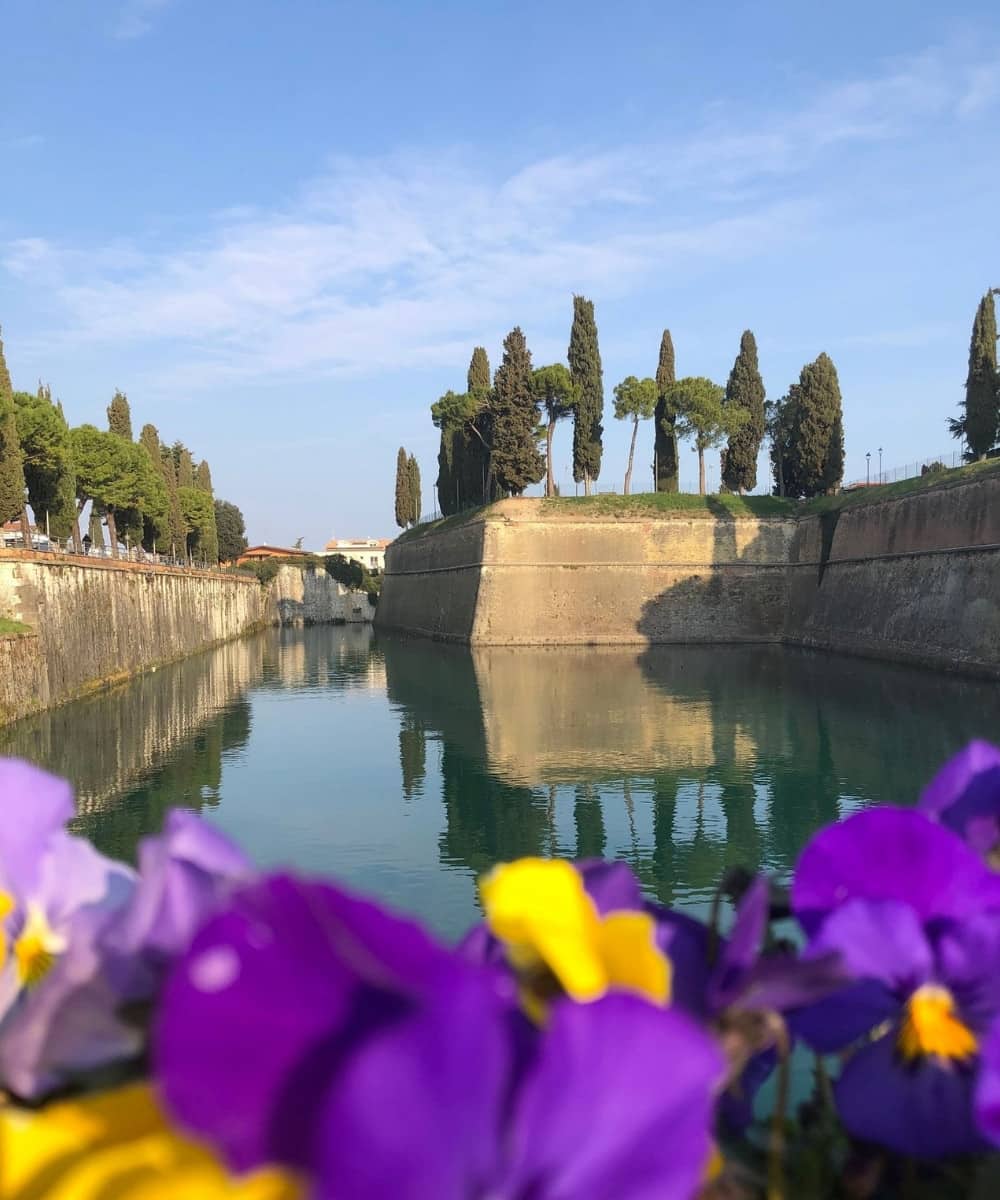 The structure of the Fortress dates back to the 14th century, during the rule of the Scaligeri family, when Mastino II della Scala ordered the construction of the Rocca and the defensive walls that, together with the river Mincio, surrounded the village on 5 sides. In the 15th century Peschiera came under the control of the Venetian Republic that, aware of the strategic importance of the village, made important changes, renovating the fortifications according to the new criteria of the time. In 1797, after four centuries of Venetian rule, the fortress passed to the Austrians who remained here until it was annexed to the Kingdom of Italy. Under Austrian rule, the fortifications were further strengthened and a series of forts were built in the immediate vicinity of the already fortified village. Peschiera retained its strategic importance and, together with Mantua, Verona and Legnago, became one of the four summits of the Austro-Hungarian defence system, known as the Quadrilateral. Only at the end of the Third War of Independence it lost its strategic importance and during the 20th century it became an important tourist centre.

The defence system built by the Serenissima 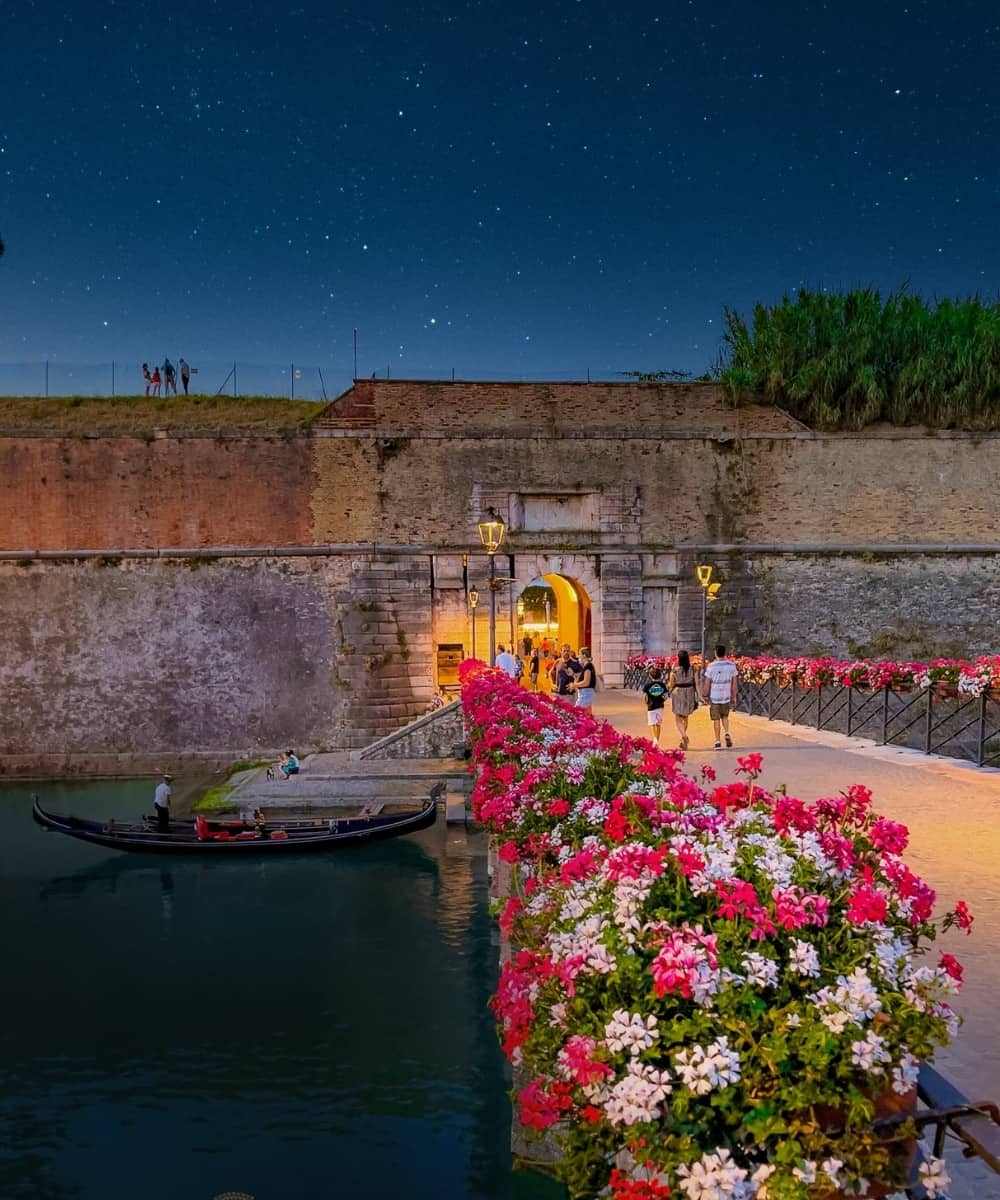 Venice, once it had conquered Peschiera, recognised its strategic importance for trade routes from northern Europe and for the defence of its land territories. The existing fortifications were thus adapted and reinforced according to the new criteria of the time. By modifying the natural course of the river Mincio, three outgoing branches were created to allow a better defence of the city. Based on a project by Guidobaldo della Rovere, who entrusted the work to architect Michele Sanmicheli, bastions were built on the five corners of the existing medieval walls.

In addition to the five bastions called Guerini, San Marco, Contarana, Feltrin and Tognon, two gates to the town were opened along the walls: Porta Verona and Porta Brescia. The two gates still exist and are used. Later, around the middle of the 16th century, the inside of the Rocca Scaligera was transformed into an embankment to allow the use of artillery, which was becoming widespread at that time.

The fortifications of Peschiera suffered a great deal of damage over time and in the seventeenth century they were again reinforced with the addition of small independent fortifications, called rivellini, placed in front of the entrance gates to the village. 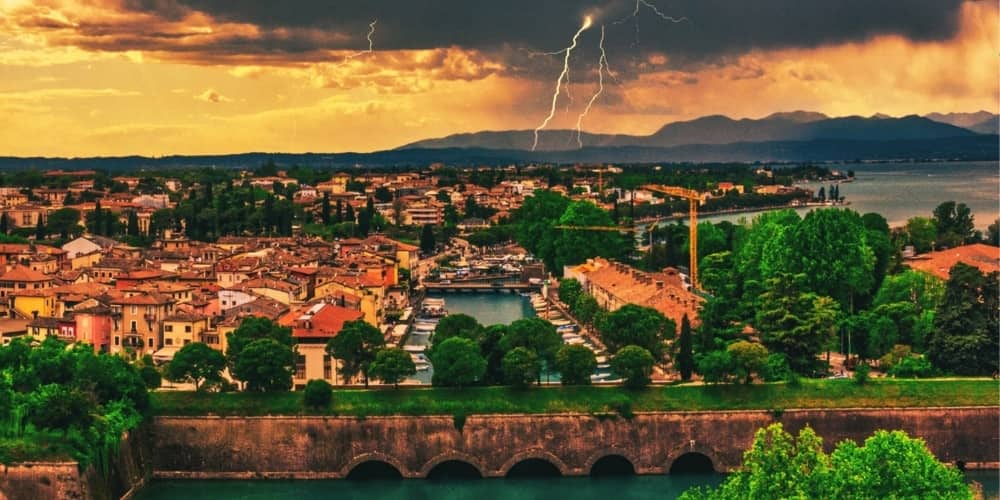 The Venetian defence works between the 16th and 17th centuries: Stato da Terra - Stato da Mar, extended over 1000 km between Lombardy and the eastern Adriatic coast, include Peschiera, Bergamo and Palmanova for Italy, Zadar and Šibenik for Croatia, and Kotor for Montenegro.

This defensive system was built by the Venetian Republic in the most important period of its history, to control and defend its vast land and sea territories and the trade routes that linked it to the eastern Mediterranean. The introduction of gunpowder and the increased use of firearms led to significant changes in military techniques and architecture and consequently to the design of innovative defensive networks - defined as modern.

The six fortified structures are recognised as Unesco World Heritage Sites as they bear witness to the modern military culture that developed within the Republic of Venice in the 16th and 17th centuries and represent an extraordinary defence system of exceptional historical, architectural and technological value, later exported as a model all over the world. 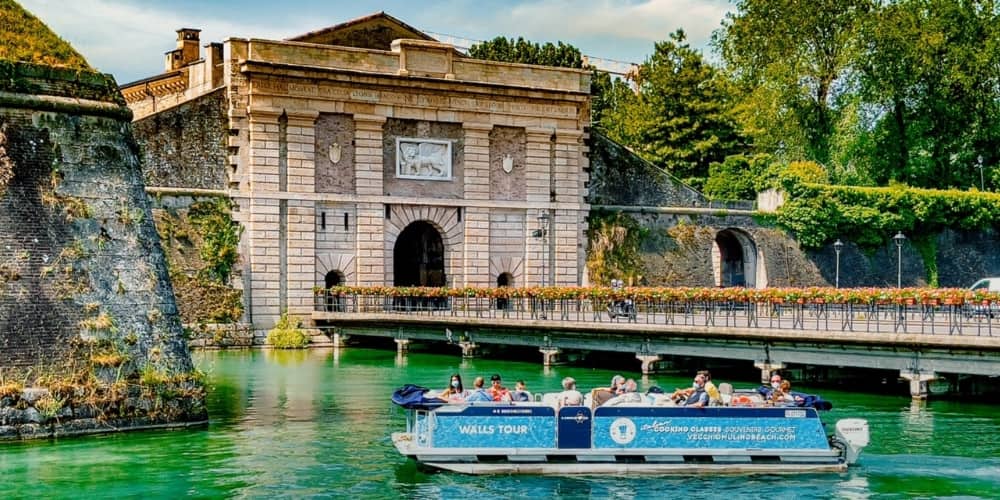 The historical and architectural recovery project currently underway, aims to ensure the conservation and safety of the walls, to make them accessible to all and to enhance the evocative and panoramic "patrol walkways" along the route above the walls. The Venetian fortress of Peschiera del Garda can be visited by means of guided group tours, audio guides translated into several languages, dedicated posters along the walls and also evocative boat tours.