In its one thousand years of history, Venice was one of Europe's greatest commercial and naval powers. Between the 16th and 17th centuries, the Serenissima built innovative defense works within its territory to defend it from the incursions of other European powers to the north-west and to protect its trade routes and Adriatic ports from attacks from the East. The six fortifications of Bergamo, Peschiera del Garda, Palmanova, Zadar, and Šibenik in Croatia and Kotor in Montenegro, for their exceptional historical, architectural and technological value, since 2017 are a transnational serial site part of the UNESCO World Heritage.

The Republic of Venice: a bit of history 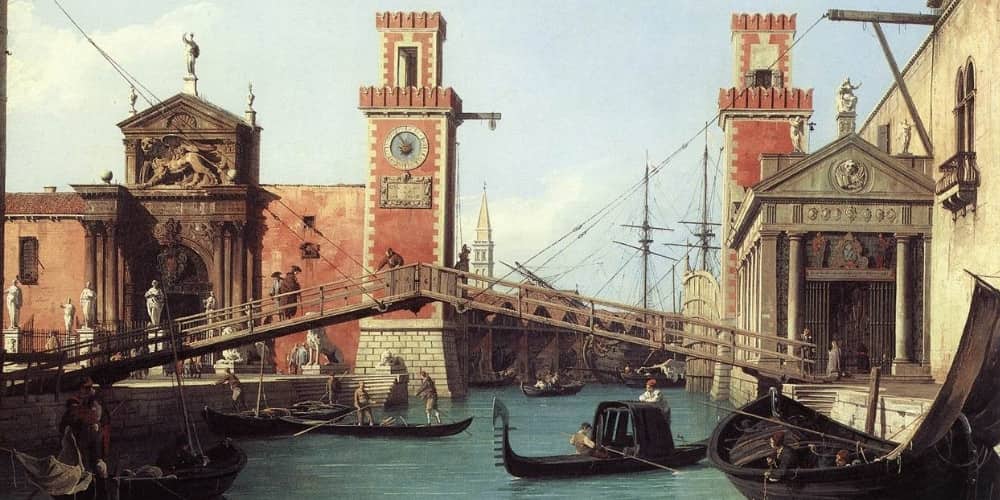 From the Lombard Pre-Alps to the eastern Adriatic coast, Venice built a fortified system to control and defend its land and sea territories. Until the end of the 15th century, the Serenissima was still a great maritime power and favored the reinforcement of its sea territories to defend them from enemy invasions, especially the Turks. Between 1463 and 1503, with the loss of the eastern territories of Negroponte, Corone, and Modone, the Venetian maritime supremacy diminished considerably and it was necessary to also strengthen the defense of the territories on land, from the expansionist aims of the other great European nations. At the end of the 15th century, the Serenissima began to rebuild its fortified cities in the Po Valley, which until then had had medieval characteristics. Thus, for over a thousand kilometers between Italy, Croatia, and Montenegro, Venice developed a new modern defense system with bastion walls and ramparts.

Venetian defense works between the 16th and 17th centuries 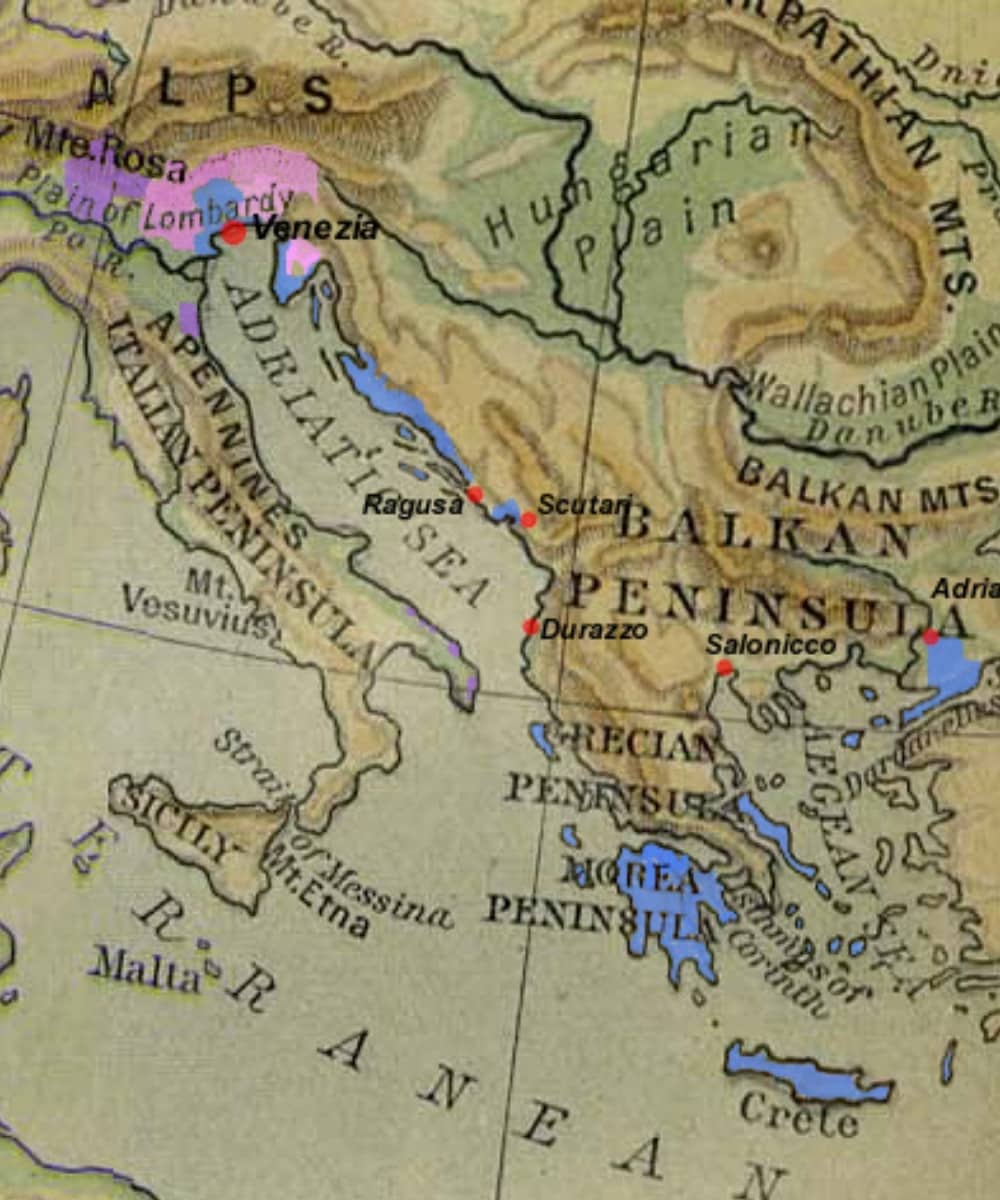 Between the 16th and 17th centuries, in the most important period of its history, Venice created an innovative defense system that shows the design and characteristics of the 'modern' or bastioned fortifications, later used throughout Europe. The defense system of the Stato da Terra, which protected the republic to the north-west, and the Stato da Mar, which protected the ports and trade routes of the Adriatic Sea to the east, was necessary to sustain and maintain the power of the Venetian Republic. The innovative and extensive defensive networks reflected the changes in military techniques and architecture that came with the introduction of gunpowder and the increased use of firearms. These new fortifications, due to their structure and earthworks, are of exceptional historical, architectural, and technological value.

The inclusion of the Venetian Defences in the UNESCO list is based on two criteria:

Criterion (iii): the Venetian Defence Works provide important evidence of the modern military culture that developed in the Republic of Venice in the 16th and 17th centuries, interacting with pre-existing systems and cultures and involving vast territories. The defense system for the Land State and the Western Sea State in the Adriatic Sea had civil, military, and urban dimensions, extending across the Mediterranean region to the East. 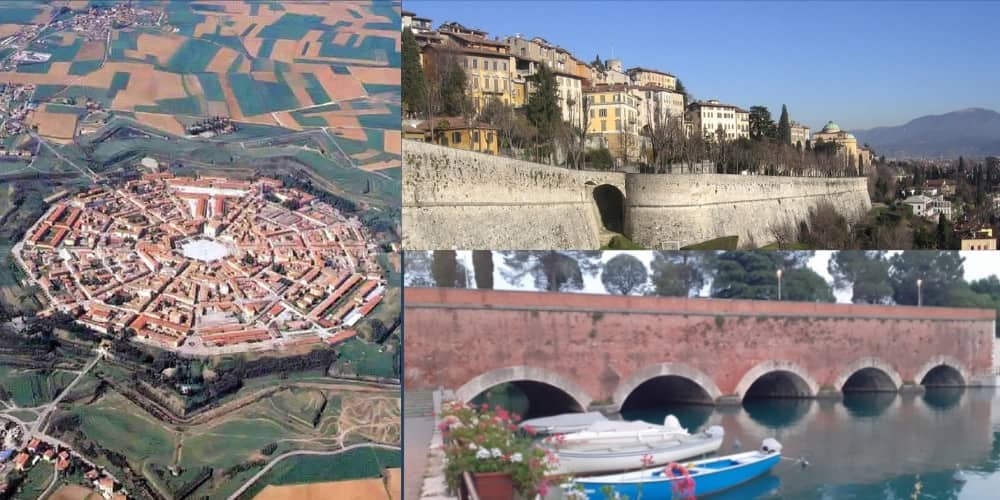 The Venetian fortifications of Bergamo

Bergamo was the westernmost fortified city in the defense system of the Venetian Land State. The city walls were built by engineers Francesco Malacreda and Genesio Bersani between 1561 and 1588 to stop enemy attacks. There were already some sections of Roman fortifications that were almost completely replaced by the new Venetian works. To build the walls, many buildings were destroyed, including important churches. In addition to the internal (bastionated) and external walls, Bergamo's defense system also includes fortified elements such as the Forts of San Vigilio and San Domenico, the Citadel, and the Fortress.

The Venetian fortifications of Peschiera

The town of Peschiera del Garda represented an important link between Venice and its more western territories situated beyond the river Mincio. This fortified city has a pentagonal plan that encompasses the entire inhabited center and is the only one in a lake context. The fortification includes water features such as the Canale di Mezzo, a branch of the Mincio, which was already navigable in Roman times. When Peschiera came under the control of the Republic of Venice, the fortifications were renovated according to the criteria of the time. Based on a project by Guidobaldo Della Rovere, the walls were embanked and bastioned. The new fortified wall, which followed the pattern of the medieval one, had five sides with five corners protected by bastions. Two gates, Porta Verona and Porta Brescia were opened along the wall in the direction of the two important cities. Around the middle of the 16th century, the Rocca Scaligera was modified and embanked for the use of modern artillery.

The Venetian fortifications of Palmanova

The fortified city of Palmanova, founded in 1593 and designed to accommodate twenty thousand people, was the strategic center to counter attacks from the East and Austria. This city represents the perfect synthesis of military and civil aspects of utopian Renaissance cities. The city-fortress is developed within three concentric walls, two Venetian walls, and a third, more external French wall. This gives the city its nine-pointed star shape. Palmanova remained for more than two hundred years under the rule of the Serenissima (1593-1797), until it was conquered by Napoleon.

The sites in Croatia and Montenegro 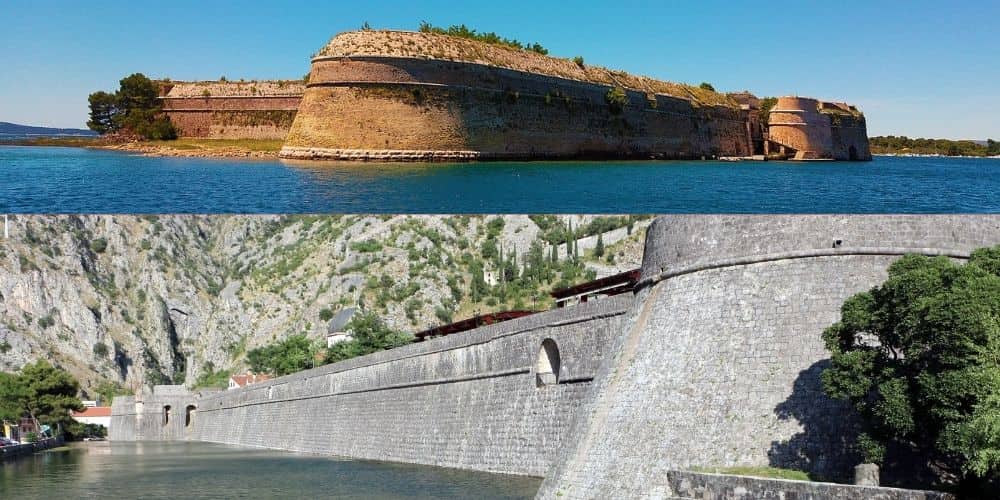 Zadar, conquered by Venice in 1409, was the "Venetian" capital of the Dalmatian domains and remained under the rule of the Serenissima until 1797. The fortifications of Zadar were built by the Venetians to defend the port from attacks by the Ottoman navy. Only parts of the fortifications are still visible today. These include the famous Mainland Gate, the monumental entrance to the city designed in 1543 by Michele Sanmicheli. In Šibenik (Sībenik), on the other hand, we find another jewel of Venetian military architecture: the fort of St Nicholas. The triangular-shaped Renaissance fort, located at the entrance to the San Antonio canal to the west of the city, was designed between 1540 and 1547 by Gian Girolamo Sanmicheli and occupies the entire Ljuljevac islet.

The Boka Kotorska Bay is formed by a series of inlets that run inland, creating one of the best natural harbors in the Mediterranean Sea. Since ancient times, the area has been of strategic importance for access to the Adriatic and even during the Venetian rule (1420-1797), Kotor was a major port and naval base for maritime trade. Kotor's defense system is embedded in a unique geomorphological setting. The city walls, gates, and fortresses are still well preserved despite the passage of time and invasions over the years.