Visit Bergamo, in Lombardy: a trip between history and nature

Bergamo is a city with two hearts: the upper part, the historic center of the city, with its squares, walls and buildings rich in tradition. And the lower part, a modern and dynamic economic center. A combination of history and nature that makes it one of the most evocative places in Lombardia.

The history of Bergamo 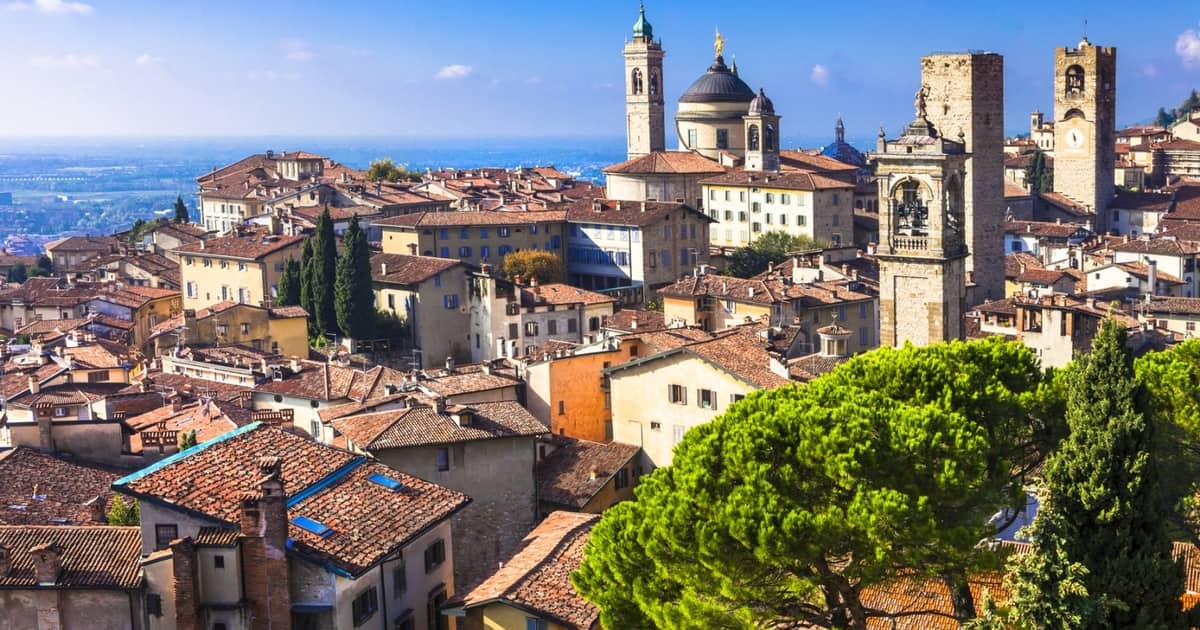 The city of Bergamo has Celtic origins. Its name derives from the words "Berg" (a mountain) and heim (a house). Surrounded by the Pre-Alps, the city was soon conquered by the Romans who did not miss an opportunity to use this natural strategic stronghold.

With the end of the Roman Empire, Lombards and Franks followed one another in the dominion of the city until the era of the Municipalities, when the Town Hall became an important medieval center.

Subsequently it fell under the dominion of the Visconti of Milan and, after a few years, under that of the Republic of Venice. With the Congress of Vienna, the city was ceded to Austria until the unification of Italy and the establishment of the Bergamo province. Today Bergamo is divided into two parts: Upper Bergamo, a medieval city rich in history and monuments, and Lower Bergamo: the modern city, a thriving commercial center.

It is accessed via the funicular that leaves from the Lower Town. The ideal, once you get to the top, is to get lost in the pretty medieval alleys of the village, the historic heart of the city.

The center of Bergamo Alta is Piazza Vecchia considered by the urban planner Le Corbusier to be one of the most beautiful squares in Europe. It is divided from Piazza Duomo by the portico of the Palazzo della Ragione. In the center, however, there is the Contarini Fountain with its sphinxes surrounded by four lions, the symbol of Venice.

Piazza Vecchia is surrounded by the Palazzo della Ragione, the Campanone, the Palazzo del Podestà and the Angelo Mai Library with its 600 ancient volumes. The Piazza Mercato delle Scarpe (shoes) is also very beautiful (it is useless to explain its function in the past!).

The churches, the palaces and the walls 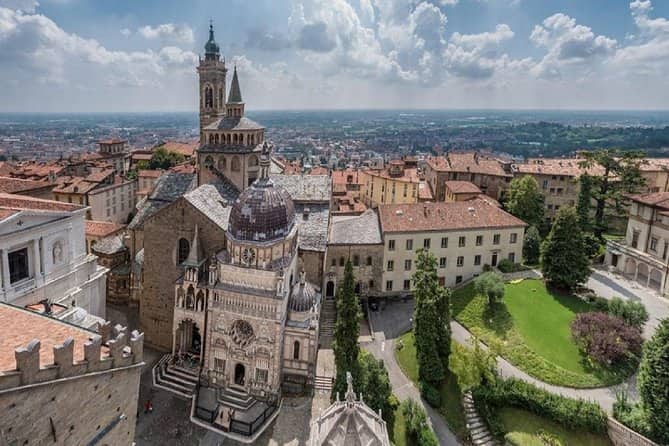 The Basilica of Santa Maria Maggiore is the most important building in Piazza Duomo. It dates back to 1133 and is one of the symbolic monuments of the city.

It is distinguished by the lack of an entrance door on the central facade and by the presence of four side doors (those of the red Lions and those of the White Lions). To the right of the Basilica of Santa Maria Maggiore is the Colleoni Chapel, a captain of fortune who worked in the service of Venice. It is a wonderful example of the Italian Renaissance.

The Palazzo della Ragione in Bergamo is the oldest municipal building in Italy. With the arrival of the Venetians it was transformed into a court. The 1798 sundial placed on the floor deserves attention. The sun, passing through a perforated disc, illuminates the slabs of the porch indicating the solar noon and the zodiac sign in which we are (i.e. the month and the season). The phenomenon is observable every day at 12.00. On the first floor of the building there is the splendid Sala delle Capriate which houses the Fresco Museum with its 100 frescoes relevant to the city and the province of Bergamo.

The other great protagonist of Piazza Vecchia is the "Campanone", the Civic Tower symbol of Bergamo. From the 53 meters of the tower, every evening at 22:00 the bells ring 100 times to warn of the closing of the gates of the Upper Town. Next to the tower is the Palazzo del Podestà which houses a multimedia museum on the history of the city.

The Venetian walls are a UNESCO World Heritage Site. As the name suggests, they were built for defense from the Venetians in 1561. The walls have never undergone any siege, so they are perfectly preserved. In total they are 6 kilometers long, to be covered strictly on foot enjoying the breathtaking view. Along the walls there are 4 entry gates to the Upper Town and 100 openings for cannons.

Near the city of Bergamo 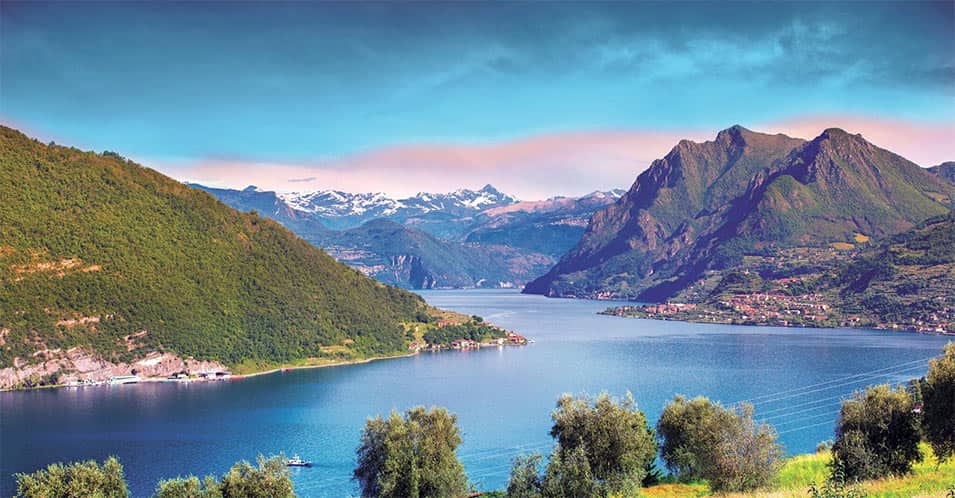 In addition to its history, the city is also famous for its naturalistic beauties. The Colli di Bergamo Regional Park between the two Brembo and Serio watercourses extends over ten municipalities and occupies a very large area. Less known, but equally beautiful is the Parco delle Orobie. Here are the three Bergamo valleys, Val di Scalve, Valle Brembana and Valle Seriana, ideal for sport and relaxation.

And again the wonderful waterfalls, such as those of the Serio, the second highest in Europe; or the villages, the most interesting of which is the nineteenth-century industrial village of Crespi D’Adda, nominated by UNESCO as the best preserved workers' village in the world. One hour from the city you arrive at Lake Iseo, ideal for boat trips, long walks and picnics surrounded by nature.

Finally, a trip to the ravines of Bogn di Zorzino is worthwhile, a spectacular inlet with rocks overlooking the water.