The 5 most LGBT destinations in Italy: what they are and why

Italy is a destination that has been attracting rainbow tourism since the late 19th century. But which are the most gay-friendly cities in Italy? Visit Italy tells you and reveals the Top 5!

It was the end of the 19th century, and Italy was one of those countries where no anti-homosexual laws were in place. Attracted by this freedom and tolerance, many male gays travelled to Capri, Taormina and Venice. Other destinations in the diaries of gay travellers of the time included Florence, Rome and Naples.

With the post-war period, this type of tourism in Italy declined, making way for more "family" tourism.

Today LGBTQ+ tourism is purely urban tourism, mainly concentrated in June and July. All the most critical cities celebrate Pride, dedicated to gay Pride and the LGBTQI+ community, equality towards gender rights, and openness towards all forms of love. 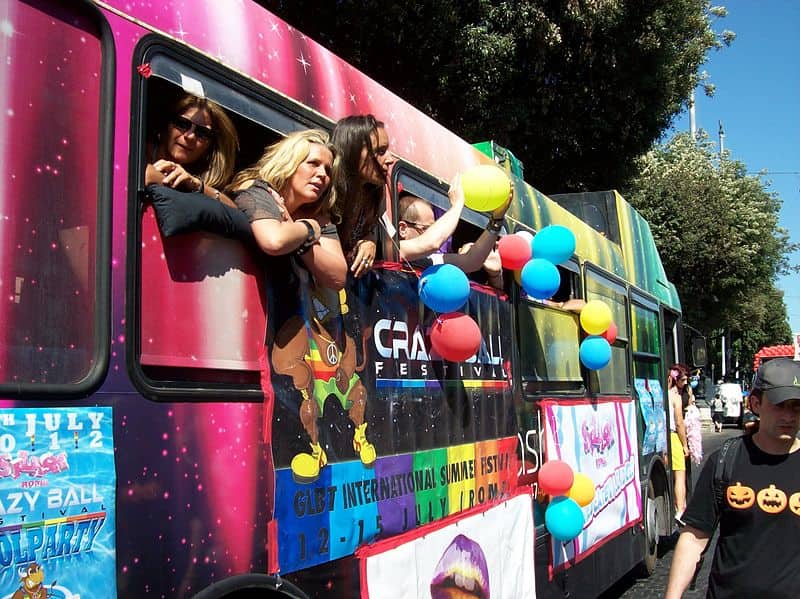 Rome needs no introduction...everything is possible in the Eternal City! The epicentre of gay culture in antiquity and then in the Renaissance, up to the splendour of Dolce Vita.

Rome has its own Gay Street, and it is located right opposite the Colosseum. We're talking about Via San Giovanni in Laterano, a meeting place for the gay community since the 1960s. Here you will find all the most famous gay venues in the capital.

The most important LGBT event in Rome, apart from Pride, is the Gay Village, held every year since 2001. It is a series of events throughout the city aimed at fighting homophobia and violence in general.

Gay Art in the Vatican

But besides entertainment, Rome also offers a lot of cultural interests. So don't miss a visit to the Vatican Museums, perhaps looking at them from a new angle. Yes, it is here that so many untold things about Michelangelo and gay art are 'hidden'.

In the halls of the museums, you can retrace the love story between the emperor Hadrian and Antinous. Their statues and reconstruction of Serapeum of Canopus at Hadrian's Villa in Tivoli, where the emperor had built a place in honour of his lover.

Michelangelo expressed all his sexuality in the Sistine Chapel. For the face of Jesus Christ, he took inspiration from that one of Tommaso de' Cavalieri, whom he was madly in love with and who rejected the artist. Also, amidst the despair in the fresco of the Last Judgement, there are three couples of men kissing.

4. Catania: the gayest city in Sicily 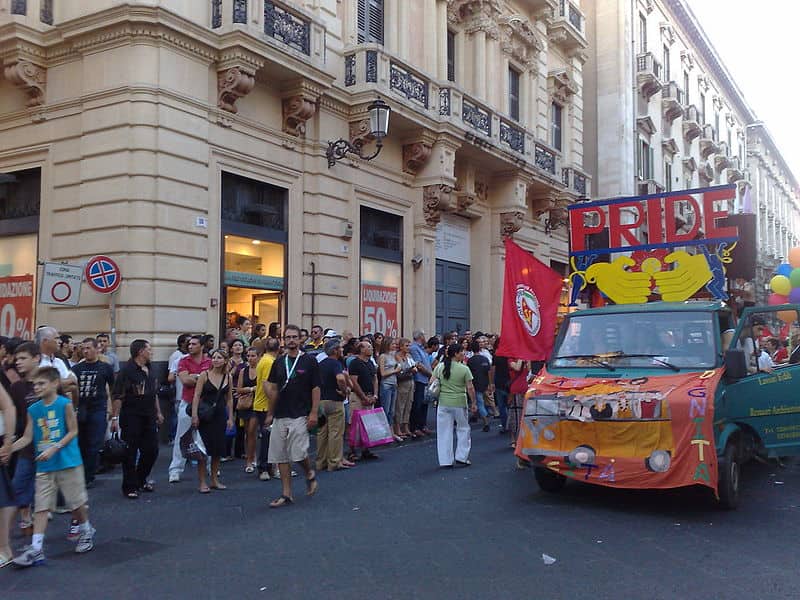 Earlier, we talked about Taormina as a destination for LGBT tourism in the late 19th century. To this day, Taormina's beaches remain among the most frequented, but in Sicily, Catania has come out on top as the most LGBT destination.

Catania is home to a dynamic LGBTQIA+ community that can be found almost anywhere, from the sea to the suburbs. Gay Street is just a few steps away from Piazza Università, among the clubs on the Alessi steps.

Catania also has a strong presence of associations fighting for the rights of the LGBT community. In addition to Arcigay Catania, which often organises events and activities at its headquarters in Via Sant'Elena, other lesser-known associations have a rich calendar of meetings and activities. These include Queer as UNICT, a student association at the University of Catania, which aims to raise awareness of gender differences and counter stereotypes.

In addition, between late June and early July, the city has been flooded with the colours of the rainbow with a series of initiatives that end with the traditional Catania Gay Pride parade.

If you decide to visit Catania, you can't miss a visit to one of the historical landmarks of the LGBT community. Just after the bus station, beyond the arches and before entering the city's heart, there is the Red Tree or Arvulu Russu in dialect. Here in the 1930s, there was one of the largest gay communities in Italy.

The tree was a meeting place for arrusi (gay in dialect). Their story is told in the book La città e l'isola (The city and the island) by Tommaso Giartosio and Gianfranco Goretti. It recalls the dance halls for men only and the furtive love affairs on the beach. That was until fascist repression, and the horror of war wiped everything out.

That tree still exists and has a deep fracture in its interior. As if to testify to the wound inflicted on the city and part of it.

3. Red as well as Rainbow Bologna

Bologna is known as the Red City, but given its vibrant youth and university life and numerous LGBTQIA+ venues, we can also say that it is a Rainbow City.

It was one of the first Italian cities to open a centre to protect gays rights. The Cassero LGBT Center (via Don Minzoni) has been a very active centre promoting many initiatives since 1978, including Gay Pride, workshops, conventions, parties and moments of aggregation in general.

There are countless meeting and symbolic places for the LGBT+ community in Bologna, also because the city was the birthplace of two icons symbolic of the Italian LGBTQ+ community: Pier Paolo Pasolini, a famous Italian film director and intellectual, and Lucio Dalla, a singer-songwriter whose membership of the LGBT community was only made public after his death.

Bologna LGBT+: here are the most representative places

Palazzo D'Accursio: this is the seat of the Municipality of Bologna and its institutional bodies. In 1995, Marcella di Folco was a Bologna City Councillor: she was the first trans in the world to hold public office.

The Birthplace of Pier Paolo Pasolini (via Borgonuovo 4): Pier Paolo Pasolini was born in Bologna in 1922. He did not work much in the city, but his presence has "made its mark": he attended the Liceo Galvani (via Castiglione) and founded the magazine Officina. In the library, Biblioteca Renzi Della Fondazione Cineteca di Bologna houses the Pier Paolo Pasolini Study Centre-Archive, which preserves documents about the artist, magazines and monographs, and more than a thousand audiovisuals of his films.

Stefano Casagrande Garden: Open in 2012. It is located within the medieval walls and took the name of one of the most famous artists and activists of the Bolognese gay movement, Stefano Casagrande.

Porta Saragozza and Villa Cassarini Gardens: The place that most embodies the historical memory of the LGBT+ community, many initiatives and events took place here, and in 2012 Porta Saragozza was chosen as the starting point of the National Pride. Not far away are the Gardens, where there is the first Italian monument dedicated to the Nazi persecution of gays, lesbians and trans.

Villa Aldini: The building in which Pier Paolo Pasolini set the exterior shots of his last film, "Salò, or the 120 Days of Sodom". The film created quite a few scandals due to its numerous references to homoeroticism, which were considered very strong.

Piazza Cavour: Not everyone knows that when Lucio Dalla sang "Piazza Grande", he was not referring to Piazza Maggiore (the city's most famous square), but rather to Piazza Cavour, characterised by a garden created around the 19th century and surrounded by elegant porticoed buildings that make it one of Bologna's most characteristic views. 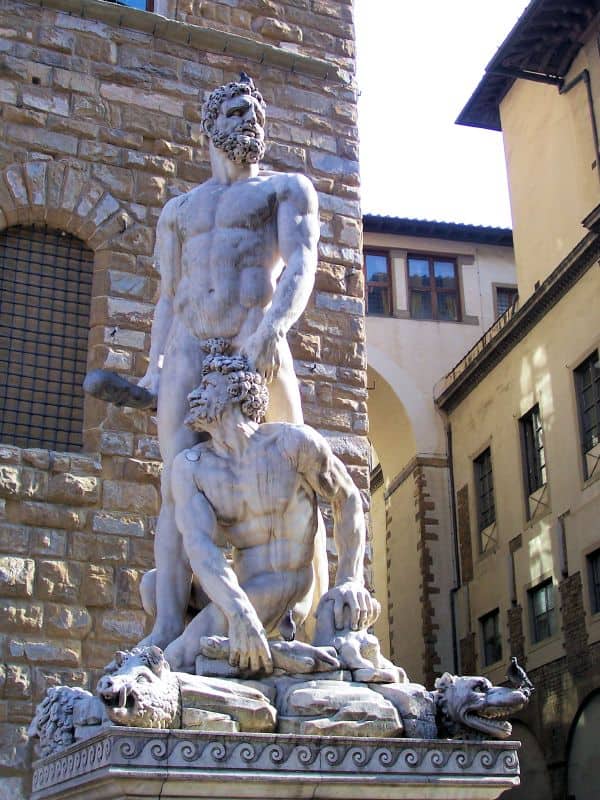 Second on the podium is Florence, as historically one of Italy's most inclusive cities. It was for many centuries considered the 'perfect' city for LGBT life, partly due to its relative cultural tolerance. During the Renaissance, Florentines laughed at situations that their contemporaries in other cities would burn at stake.

It was the first city to abolish the death penalty in 1786 and in 1853 to abolish punishment for homosexuality.

The Medici dynasty, which ruled the city from the 15th to the 18th century, promoted art, culture, and tolerance. Some of their members were gays: Pope Leo III (Giovanni de Medici), Ferdinand II and Giovanni Gastone de' Medici.

In addition, already in the 15th and 16th centuries, there were 'maps' of places where gay encounters could take place in Florence. And it was also in Florence that Italy's first gay bar opened (currently operating near Piazza Signoria).

Today in Florence, the LGBT traveller can find good support in the AITGL - Italian Association of Gay & Lesbian Tourism. This non-profit association, founded in 2009, has one of whose primary objectives is to make Italy an increasingly welcoming country, providing tourist information, assistance (including legal aid) and dedicated services.

LGBTQ+ art in the Uffizi

The Uffizi Gallery is one of the most famous art galleries globally. It displays Giotto, Botticelli, Leonardo da Vinci, Raphael, Michelangelo, Caravaggio and many others.

Not everyone knows that inside there are works of art through which it is possible to discover a bit of the culture of the LGBTQ+ community, especially from the Renaissance period.

Representations of Greek myths include the Sleeping Hermaphrodite, Ganymede with the Eagle, Pan and Daphnis. The Birth of Venus has several meanings, one of them the idea of the shell as the vulva.

The interior is also filled with paintings by Caravaggio, an artist noted for his strong contrast of light and dark. Some art historians claim that he was openly gay. He met the Sicilian painter Mario Minniti, identified as a sensual model for several of his paintings, including the Bacchus on display in the museum. 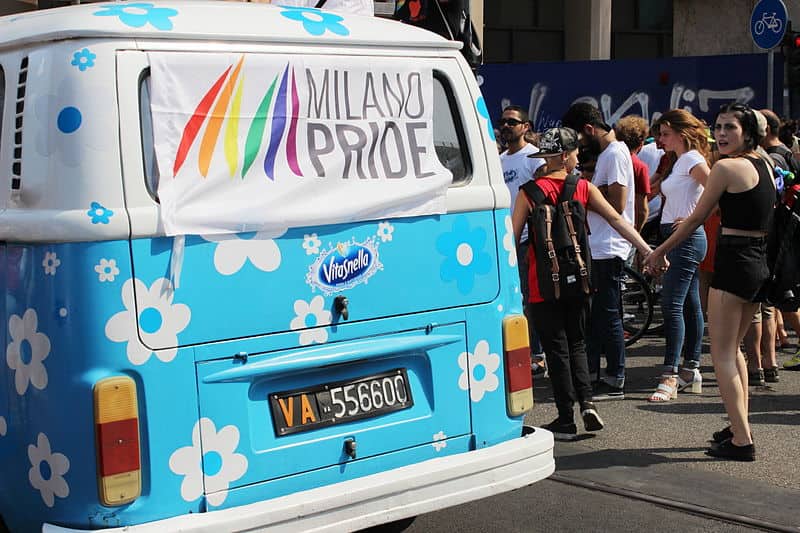 And it is undoubtedly Milan that wins the title of Italy's rainbow capital.

Milan is a global fashion centre and the financial capital of Italy. These industries have acted as an actual gay magnet for many Italian and non-Italian young people, who now live their lives proudly and in the open. Signs of affection such as holding hands and kissing have become routine.

Milan is full of attractions, and there is no shortage of clubs and rainbow movida! Full of proposals for the gay community, the city has a lot to offer, whether you decide to visit with your partner or a single person.

Porta Venezia and its Gay Street 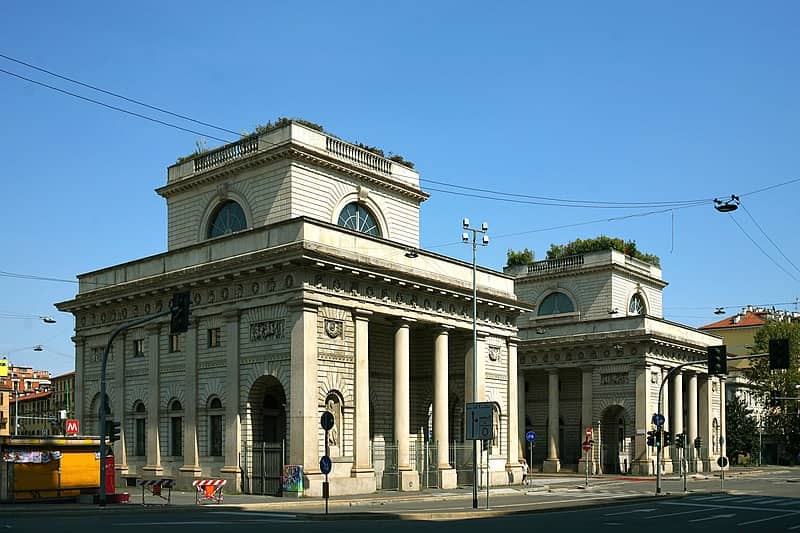 Historically, the centre of Milan's LGBT scene was near the Central Station, in Via Sammartini, where you can still find some nightclubs and gay clubs. However, the LGBT community has changed and grown in recent years: today, the new meeting point is the Porta Venezia district.

The heart of the LGBT district is Via Lecco: during Pride Week, the whole street is full of stands and becomes the city's Pride Square. Flags are everywhere to celebrate this event, which is essential for the LGBT community and city. Every day in this street, young people meet up with friends to spend the night chatting and sipping cocktails.

Starting the night at Porta Venezia will allow you to meet new friends and learn about the best parties that light up the Milan night. It is where the night begins, and you discover the best clubs and discos in Milan!