Why visit Bologna: top stories, food and places to see

Bologna is one of the most importante Italian cities, capital of Emilia Romagna region with a history several centuries long. Famous for its art, for its countless cultural activities and also for its excellent cuisine, Bologna is also known as the red, the fat, the learned. 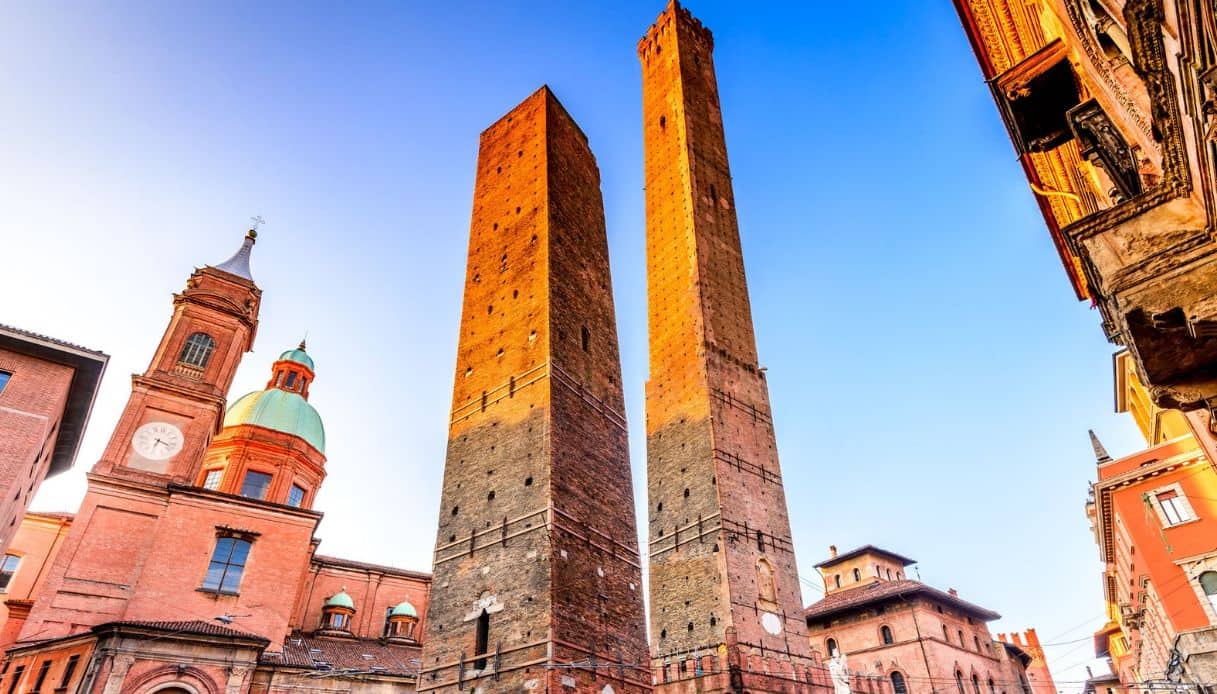 The typical red color of the roofs of the historic center gave Bologna its first nickname, but the city offers so much more to see, walking along the almost 38 km of arcades that run along almost every neighborhood. Piazza Maggiore is one of the first squares built in Italy after the fall of the Roman Empire. It's the heart of Bologna, famous for its historic buildings, in particular the unfinished Gothic Basilica of San Petronio, and the opposite Palazzo del Podestà, with the Arengo tower. Next to the latter is the Fontana del Nettuno, a fountain built in marble and bronze by Giambologna in the XVI century, as a symbol of papal power. It constitues the link between Piazza Maggiore and the smaller but not less important Piazza del Nettuno. The Garisenda Tower and the even more famous Asinelli Tower are the most important city's towers. Once Bologna had many of them, today there are only about twenty left. At the foot of the Torre degli Asinelli there are several artisan shops, from the top instead, just under 100 meters high, you can enjoy an exceptional view that on sunny days may reach even the sea.  The Pinacoteca Nazionale is one of the major Italian museums, housing paintings by artists such as Raphael, Perugino, Tintoretto, Vasari and many others. It is also a cultural center of great importance for the study of art and the organization of events.  Piazza Santo Stefano, is the place around which the complex of the Seven Churches winds, whose initial planning dates back to the V century. Today there are only four of the sacred buildings initially present, the other three were heavily modified during numerous restorations, but the overall appearance of the square still has enormous appeal.  The Archiginnasio, former headquarters of the University of Bologna, built in the XVI century at the behest of Cardinal Borromeo, is one of the most beautiful Italian palaces. It is quite close to Piazza Maggiore and today houses one of the most well-stocked libraries in Europe. It also has an exceptional decorative structure that embellishes the arcades, vaults and monumental staircases.

Bologna the fat: a journey into taste

Bologna has been a very rich city for several stages of its history and this has undoubtedly contributed to the birth of its second nickname, but when one thinks of Bologna the fat what immediately comes to mind are countless culinary specialties that can be tasted in the city.

Tortelli are the centerpiece of Bolognese gastronomy, but as far as first courses are concerned, lasagne are also unmissable and in general homemade egg pasta is a must try, in all possible formats.
Even the cured meats are of excellent quality, and Bologna is particularly famous for its mortadella.
The Bolognese cutlet is a delight covered with melted cheese and raw ham. In terms of cheeses, it is worth remembering that one of the major areas of production of the famous Parmesan cheese is indeed the province of Bologna.
The Bolognese culinary tradition has a lot to offer even to sweet food lovers. The most typical dessert of the city is the Certosino, made with honey, dried fruit, almonds, butter and chocolate. It's a delicacy ever present on Bolognese tables at Christmas, but can be found throughout the whole year.
The Zuppa Inglese is another dessert very common in Bologna and its surroundings, and despite its name there are some theories according to which it comes originally from this city.
It is worth risking the diet also to taste the exquisite rice cake or the raviole, traditional cakes of the country tradition, prepared with short pastry filled with mustard and jam.

Bologna is one of the most active and vibrant cultural centers in Italy, with an average young population thanks to the presence of numerous students. Bologna also has infact an important record, it's the home to the most ancient university in the western world, Alma Mater Studiorum, founded in 1088. Countless celebrities studied here, from popes like Alexander VI to directors like Michelangelo Antonioni, from poets like Pascoli to scientists like Copernicus, and even a saint: San Carlo Borromeo, who later became one of the three patrons of Milan. Among artists, philosophers, writers and so on, the list of famous students, old or contemporary, would be virtually endless. Even today, this university is attended by people from all over the world and is a very active center that promotes culture not only in Bologna, but in the whole Italy