A visit to the Vatican Museums, the cradle of civilization

From Pope Nicholas V to today: a brief history of the Vatican Museums

The history of the Vatican Museums, even before being the history of its collections, is first of all the history of the representative rooms of the popes that have followed one another over the centuries. Everything started during the papacy of Niccolo V (1447-1455), when the famous humanist pope decided to have his own chapel frescoed by the Dominican painter Beato Angelico. His successor, Pope Alexander VI Borgia (1492-1503) followed his example, having his famous Pinturicchio decorate his apartment in the Apostolic Palace. The Niccolina Chapel and the Borgia Apartment therefore represent the first nucleus of the Vatican Museums.

In 1506, however, Pope Julius II Della Rovere inaugurated the collecting history of the Vatican Museums by beginning to collect a series of classical sculptures in the Cortile delle Statue, now Cortile Ottagono. And not only. The belligerent pope entrusted the young Michelangelo with the decoration of the Sistine Chapel between 1508 and 1512, to complete the works started by his uncle, Pope Sixtus IV Della Rovere. Furthermore, not wanting to live in the apartments of his predecessors, Julius II commissioned Raphael to decorate with four new rooms for him, the famous Stanze di Raffaello. Sanzio will also be entrusted with the work of the Loggia already begun by Bramante and the Sala dei Chiaroscuri, enterprises sponsored by the successor of Julius II, Pope Leo X Medici (1513-1521). The "residential history" of the Vatican Museums continued with the interventions of Pope Gregory XIII Boncompagni (1572-1585) and Pope Urban VIII Barberini (1623-1644): the first made the spectacular Gallery of Geographical Maps, a representation of Italy in 40 maps; the second the precious and refined Chapel of Urban VIII.

In the eighteenth century the turning point occurred: the "Pope's museums", under the push of the Enlightenment and new archaeological discoveries, were transformed into museum structures in the modern sense. Thus, thanks to the interventions of popes Clement XIV Ganganelli (1769-1774) and Pius VI Braschi (1775-1799), the founding nucleus of the Vatican collections was born: the Pio Clementino Museum. In those years the splendid open-air museum of the Cortile Ottagono and the first nucleus of the paintings of the Vatican Museums also started. During the pontificate of Pius VII Chiaramonti (1800-1823), however, the Chiaramonti Museum was inaugurated, a new collection of classical antiquity curated by the great sculptor Antonio Canova. During the pontificate of Pope Gregory XVI Cappellari (1831-1846), the Museums subsequently opened three other sections, extending their cultural horizons widely: we refer to the Etruscan, Egyptian and Profane Lateran Museums. To these will be added, thanks to the popes Pius IX (1846-1878), Pius X (1903-1914) and Pius XI (1922-1939) the Pio Cristiano Museum, the Jewish Lapidarium and the Ethnological Missionary Museum. It was particularly important in those years, also, the inauguration of a special seat for the Vatican Pinacoteca, able to give greater prominence to the growing collections of paintings. Thanks to the intervention of Pope John XXIII (1958-1963), however, the collections of the Lateran Museums became part of the Vatican Museums. Finally, his successor, Pope Paul VI (1963-1978) inaugurated the Collection of Modern Religious Art in the Borgia Apartment, now the Collection of Contemporary Art. These are, in short, the historical coordinates of the most important museums in the world.

What to see in the Vatican Museums: the great Book of History at your fingertips 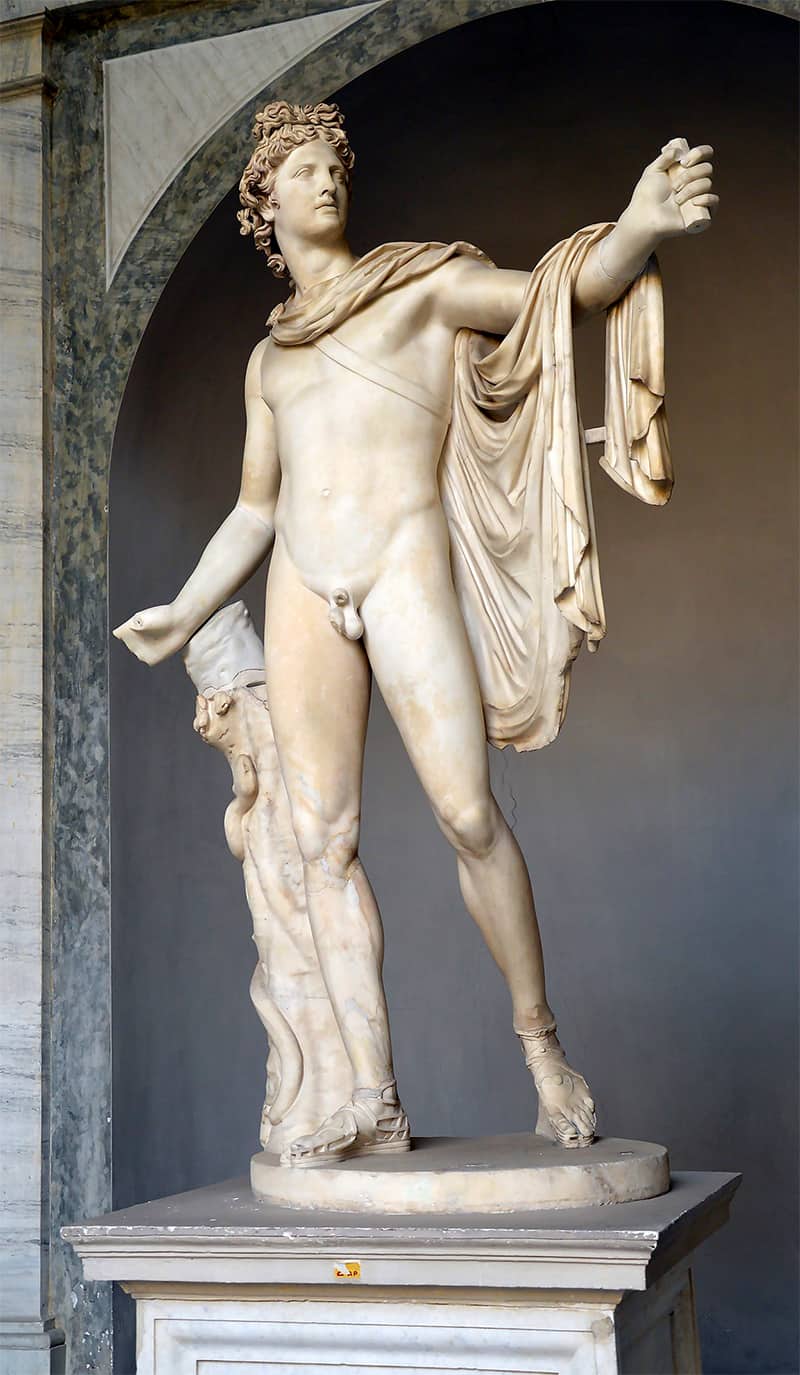 As can be seen from their glorious history, the Vatican Museums offer the possibility of a real dip in the mare magnum of the History of Christian Art. And not only. In fact, a visit to the Vatican Museums not only allows you to retrace all the stages of the history of the Vatican and of the most important successors of St. Peter (for St. Peter's Basilica which deserves a separate discussion see the specific article), but it allows you to throw an all-embracing look also on other historical-artistic civilizations. Vatican Museums, in fact, is equivalent to saying classical sculpture, or the magnificence of ancient Greece and Ancient Rome. The Apollo of the Belvedere, the Laocoon, the Apoxyómenos, the ancient Greek vases. Vatican Museums is also Ancient Egypt, the vestiges of the ancient pharaohs, what remains of the most important pre-Christian civilization before the flowering of Classical Greece. And then, a visit to the Vatican Museums also means knowing more about the history of the "Etruscan cousins", their fascinating and characteristic funerary art. Vatican Museums means Michelangelo and Raphael, Sistine Chapel and Vatican Rooms: torment and ecstasy, classicism and balance. But also the universal genius of Leonardo da Vinci, "the cursed souls" of Caravaggio and Van Gogh. If you think of an artist "active in the last three thousand years", you will most likely find him here, at the Vatican Museums. Here, where you can scroll through the richly decorated pages of the "Book of History" without ever being truly exhausted. You will always want to return to the Vatican Museums, to grasp another aspect, to return to see other works. So what are you waiting for? Get on the road, wherever you are, and start your adventure!

(For more detailed information on the works to see, read our article The Vatican Museums: ten works not to be missed).

Timetables and prices of the Vatican Museums

The Vatican Museums are located in Viale Vaticano snc, 00165 Rome and respect the following opening hours:

The Vatican Museums are closed on the following days:

The entrance ticket to the Museums can only be used on the day of issue and is not refundable. The main entrance fees are:

Free ticket for the Vatican Museums: