Galactic Tour through Star Wars filming locations, the most loved science fiction saga of all time. Trip to the Dolomites, Lake Como, Caserta Royal Palace, and the Mount Etna.

Every year on the 4th of May we celebrate Star Wars Day, an entire day dedicated to the most beloved saga in history. But why 4 May?

The date was chosen because of the popularity of a pun in English between the famous quote 'May the Force be with you' and the phrase 'May the fourth be with you', caused by the double meaning of the word May and the phonetic similarity between the words Force and fourth.

This phrase was first used in 1979, when on 4th May of that year the London Evening News dedicated a full page to the inauguration of the new British Prime Minister Margaret Thatcher with the greeting 'May the Fourth Be with You, Maggie'. 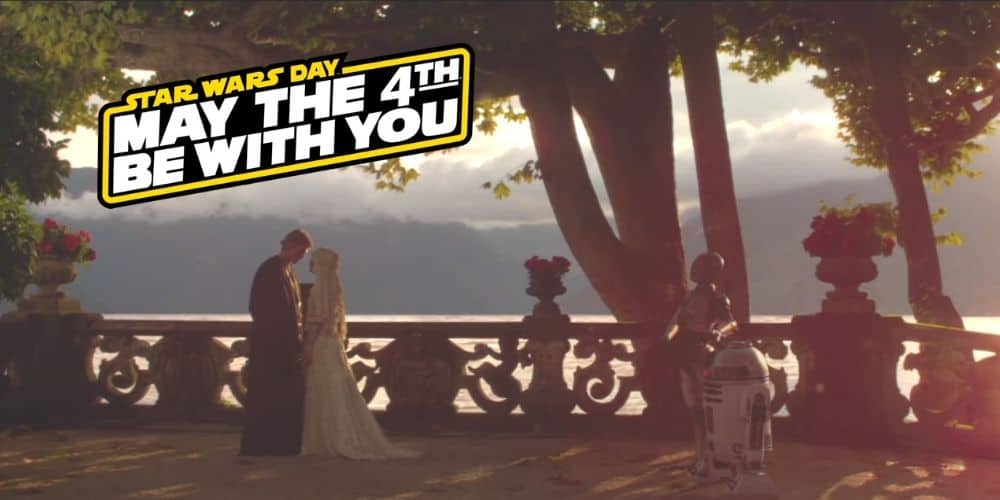 Star wars is a famous saga by George Lucas, the US film director, screenwriter, and producer, which was released in 1977.

Belonging to the subgenre of science fiction called space opera or space epic, the series is set in an imaginary galaxy in an undefined era. However, we can travel to the fantasy planets of the saga thanks to many real locations and places that really exist on the Earth which were filmed.

Tunisia, Ireland, the United States, Thailand, Norway and of course, the least but not the last, Italy!

As a matter of fact, Italy being a country that has nothing to envy of the rest of the world in terms of enchanting panoramas and postcard-perfect natural landscapes,  could not fail to arouse the Californian director’s interest and attention.

As often happened in the history of the national and international television and film industry, Lucas chose four splendid locations in Italy as the setting for some of the scenes that we will shortly see in detail: the impressive Dolomites, the marvelous landscape of Lake Como, the magnificent Royal Palace of Caserta and the emblematic Mount Etna.

The Dolomites in the spin-off Solo: A Star Wars Story

Starting from the northernmost point of those mentioned above, the Dolomites provide the backdrop for the Star Wars spin-off, 'Solo: A Star Wars Story', released in 2018. In particular, the Tre Cime di Lavaredo, Lake Antorno and Mount Piana were chosen as filming locations.

The Tre Cime di Lavaredo (or "Three Peaks of Lavaredo") are the most famous peaks of the Dolomites, a complex of mountain groups in the Italian Eastern Alps that crosses no less than three Italian regions, namely Veneto, Trentino Alto Adige and Friuli Venezia Giulia, with a small portion also forming part of Austria.

An area of impressive natural beauty and landscape, it is a destination that attracts many tourists for its numerous ski resorts, national park and three nature parks and it was declared a UNESCO World Heritage Site in 2009. Returning to the Tre Cime di Lavaredo, they are located in the province of Belluno, in the Veneto region, and are very special due to their characteristic harmonious and aligned shape, reminiscent of three fingers pointing towards the sky. In order of size, the so-called Grande Cima (or "big peak"), the highest - that is, the central one - 2999 metres above sea level, followed by the Cima Ovest (or "Western peak", 2973 metres high) and the Cima Piccola (or "little peak", 2857 metres high).

With their breathtaking views appreciated by all mountaineering enthusiasts, the Tre Cime di Lavaredo were flown over by the starship Millennium Falcon thanks to incredible special effects.

A few kilometres from the Cime di Lavaredo, Lake Antorno was also filmed by the Star Wars crew. Also in the province of Belluno, this small body of water, surrounded by centuries-old coniferous forests, lies at an altitude of about 1866 metres. It is the destination of an important flow of travellers and especially hikers throughout the year and, during the summer, for sport fishing.

Finally, Mount Piana, located between the Tre Cime di Lavaredo and Lake Misurina, is also part of the film. At 2324 metres, its peak crosses the border between Veneto and Trentino Alto Adige, and more precisely between the provinces of Belluno and Bolzano. From a historical point of view, it is also known for the famous battle of Monte Piana which, during the First World War, saw the clash between Italian soldiers and the Austro-Hungarian army. These tragic events are remembered thanks to the Monte Piana Open-air Historical Museum ("Museo Storico all’aperto di Monte Piana" in Italian) which can be visited with free admission.

Lake Como in the Episode II- The Attack of Clones

Moving to Lombardy, to the village of Lenno in the province of Como, we can get to know the locations of Episode II - Attack of the Clones (released in 2002), set on the swampy planet Naboo.

In particular, this romantic and evocative location was excellently suited for the famous scene of the sumptuous wedding between Anakin Skywalker and Queen Padma at Villa del Balbianello on Lake Como.

This sumptuous building, with its spectacular terraces and lush gardens, has been the setting for numerous other films due to its particular beauty and indescribable charm.

A historic residence dating back to the 18th century, it stands on a small wooded peninsula from which we can enjoy unique views of the lake. An authentic lake treasure that contains several places of interest, such as the Museo delle Spedizioni.

It was built in 1974 by Guido Monzino, an entrepreneur and traveler who transformed the villa into a precious treasure chest where he could carefully preserve the memories of his adventurous life and mountaineering exploits: he was the first Italian to reach the Everest peak.

Also worth visiting are the collections, which include rare objects typical of primitive art dating back to pre-Columbian and Egyptian times among the main ones, as well as maps, 19th-century prints with views of Lake Como, carpets, and unique 18th-century glass paintings.

Finally, there is the Durini Loggia, a sumptuous arched structure whose floor is embellished with a wind rose as if to symbolically orient Guido Monzino on his return from his countless journeys. The Villa, owned by the FAI (Fondo Ambiente Italiano) which manages its maintenance, is open to the public.

The scene of the couple's picnic, also filmed in the area of Lake Como, is set on the western shore of the lake, in a meadow between the villages of Tramezzo and Griante, ideal places for long, regenerating walks through the wide green zone and dense woods.

Not surprisingly, this scene represents a moment of relaxation and romance for the couple, for which Lucas could not have chosen a better location.

As a matter of fact, the villages of Tramezzo and Griante are part of the Lake Como Greenway, a verdant walk of about 11 km surrounded by nature and steeped in history. An itinerary enveloped in the enchanting atmosphere of the lake, discovering ancient villages with their Romanesque or Baroque churches, suggestive villas, and gardens framed by magnificent natural views.

Caserta Royal Palace, a tribute to Star Wars in 2020

Caserta Royal Palace in the Episode I - The Phantom Menace

Travelling southwards across Italy, we come to the third of the four Italian Star Wars sets, the Royal Palace of Caserta. In Episode I - The Phantom Menace released in 1999 and Episode II - Attack of the Clones, the Vanvitellian treasure lent its elegant appearance to the Royal Palace of Theed on the planet of Naboo for the interior scenes.

A UNESCO World Heritage Site since 1997, Lucas jumped at the chance to make use of this Italian architectural marvel. In some of the scenes set inside, there are a number of shootings and explosions clearly recreated in the post-production.

During filming, access to the palace was literally barred to visitors for four days. The historic Royal Palace, commissioned by Charles of Bourbon in the second half of the 18th century, while being the centrepiece of the spectacular composition, is part of the site consisting of beautiful gardens, courtyards, the Acquedotto Carolino and the Belvedere di San Leucio Monumental Complex.

The Palace, used as the residence of the sovereigns and accommodation for the court, as well as an administrative centre, has 1200 rooms and covers an area of approximately 45,000 square metres. Inside, it is characterised by a rich and fine decoration of stuccoes, frescoes, bas-reliefs and sculptures.

The building is surrounded by well-tended and luxuriant gardens and framed by the water games from the fountains fed by the aforementioned Acquedotto Carolino. Nowadays, the aqueduct day serves as a real infrastructure not only for the Palace and the gardens but as well as for numerous manufacturing industries along the route between San Leucio and the Royal Palace itself.

Mount Etna in Episode III - Revenge of the Sith

Finally, the US director also decided to give a role to Etna, in an almost lunar landscape. In Episode III - Revenge of the Sith (released in 2005), the volcano is the ideal setting for the planet Mustafar. Here, the epic battle of Mustafar took place, seeing Obi-Wan Kenobi and Anakin Skywalker against each other in a bitter duel.

It seems that Etna erupted during the filming of the third episode of Star Wars and that Lucas sent a film crew to capture the eruption in order to film the most evocative images of the Sicilian volcano's moment of activity.

Thanks to this, lava and incandescent flames created a faithful reproduction of the lava of the volcanic planet Mustafar, with realistic effects that provided the backdrop for one of the most famous and symbolic battles of the entire saga.

Etna, also called Mongibello ("beautiful mount" in Sicilian dialect), is the most active volcano on the Eurasian plate and among the most active in the world. At 3326 meters above sea level, it is located on the Eastern coast of Sicily in the province of Catania.

Its eruptions are very frequent and continually transform the flora, fauna, and the general appearance of the mountain itself. Apart from its monumental structure, the morphology of its surface - characterized by different environments- makes it spectacular: urban agglomerations, dense forests, wild areas covered by magmatic rocks, and snow-capped areas at high altitudes. In such an evocative and impressive atmosphere, in 2013 Etna gained a place on the UNESCO World Heritage list, which defined it as "one of the most emblematic and active volcanoes in the world".

It is also called the Good Giant because, unlike Vesuvius, Etna's effusive eruptions have never produced explosions but slow lava flows, causing no real danger to the population. Not only lovers, but also the most curious, can go close to the volcano, thanks to specialized guides, and reach the summit craters to admire this authentic force of nature in complete safety.

This concludes our journey through the Italian locations of Star Wars, where we have retraced topical moments of the saga that has fascinated us for over 40 years.

"A long time ago in a galaxy far, far away"... is the opening of the saga. However, it is not a galaxy too far away. While the invention of planets, characters and star wars was the result of Lucas' portentous imagination, the locations chosen with careful and meticulous research are closer than we imagine and are located on planet Earth! So, what are you waiting for to start your Italian star tour? 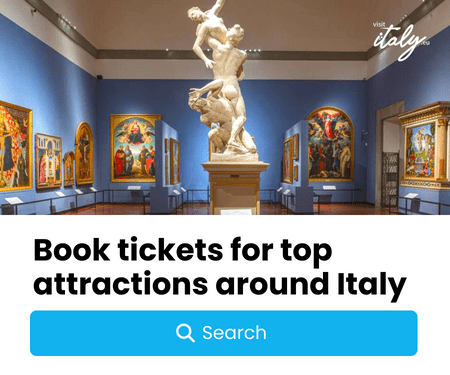