5 places of Pinocchio in Italy: from villages to immersive experiences

Pinocchio, the novel by Carlo Collodi starring a wooden puppet, has enchanted entire generations of children and inspired the audiovisual world for years, which has transferred this captivating story into several successful films. First and foremost, the unforgettable Walt Disney classic. As far as Italy is concerned, Collodi's tale has come to life thanks to great directors, such as Roberto Benigni (2002) and Matteo Garrone, whose latest reinterpretation in 2019 was a huge success, with an accompanying Oscar nomination. What made this film so charming? The timeless story, the stellar cast (Benigni as Geppetto and the lamented Gigi Proietti as Mangiafuoco) and the magnificent Italian landscapes. The beauty of the locations chosen by Garrone for filming certainly made the difference. Following the imagery idealised in the written work, the director travelled the Italian borders to find places in our country that offered fairytale landscapes and stopped with his crew in Tuscany, Apulia and Lazio. In short, the hidden treasures of central and southern Italy were the great co-protagonists of this 2019 film.

In addition, to celebrate this immense work by the Italian author, Italy is also dedicating other tributes to the lovable puppet, such as exhibitions and events, to seal the emotions and teachings that Collodi wanted to convey through his tale.

Here are the places of Pinocchio in Italy!

In the wonderful hills of the Val di Chiana, in an area between Siena and Arezzo, Garrone found the ideal setting to bring to life the village where Geppetto sculpted Pinocchio and Collodi's wonderful tale began: a luxurious villa in Sinalunga, one of the oldest mansions in Tuscany. Within the walls of the sumptuous historic estate, where the signs of time and the uncultivated landscape have created an evocative backdrop, the filming for the opening scenes of Garrone's film took place. The location is in one of the most beautiful areas of Tuscany, near the beautiful lake areas of Montepulciano and Chiusi and the stunning plains of the Val d'Orcia, a UNESCO World Heritage Site (2004).

About 15 km from Bari, Noicattaro is a pretty town with over 25,000 inhabitants. Characterised by an enchanting network of narrow streets, stone houses and stairways, Noicattaro has a distinctive heart-shaped historic centre gathered around the Collegiate Church of Santa Maria della Pace. Apart from its beauty, Garrone was attracted to this place because it houses the smallest Italian-style theatre in the world. With just 50 seats, the Teatro Cittadino Nojano is a 19th-century structure, now an FAI-protected property (an Italian non-profit foundation born to act for the protection, preservation and enhancement of the Italian artistic and natural heritage through the restoration and opening to the public of historical, artistic or natural assets). Initially, the structure was an underground oil mill that served as a refuge from the plague on necessity. Thanks to Garrone's intuition, this place recreated the Mangiafuoco theatre, played by the much-loved Italian actor Gigi Proietti. 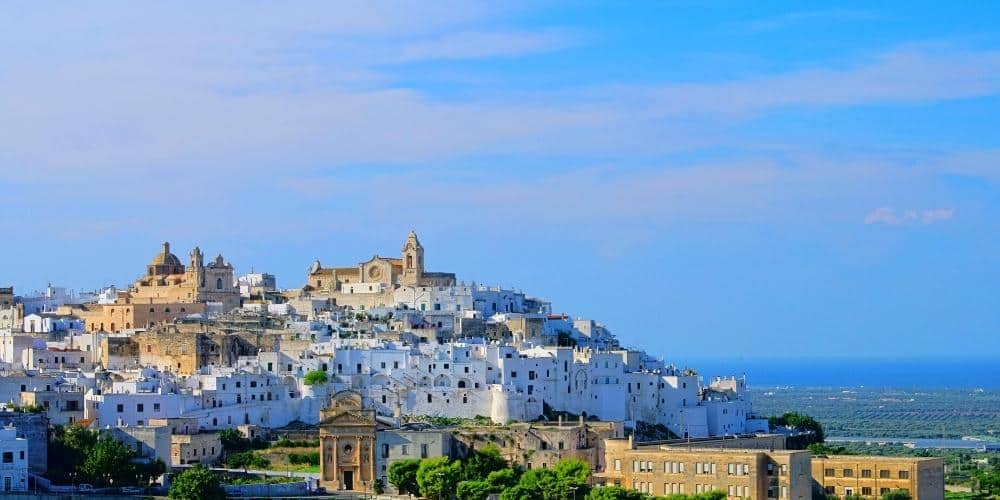 Garrone transforms the beautiful Apulian white town into an almost magical place. Pinocchio's first encounter with the Cat and the Fox was set in this splendid pure white landscape. Moreover, carefully selecting the most beautiful corners between Ostuni and Fasano, Garrone was able to recreate in these superb locations the Land of Toys. It is the place where unruly children decide to go, thinking they can live forever as loafers, only to end up transformed into donkeys. More precisely, the imaginary site described by Collodi is reproduced within the walls of an old local farmhouse and in the outdoor spaces of the crypt dedicated to San Michele Arcangelo.

Here is a fun fact: Garrone could not resist the charm of other fantastic Apulian locations for his film. These include Altamura (home of the Blue Fairy) and Polignano a Mare (dogfish scene).

The famous Villa Catena in Poli, just outside Rome, was chosen as the setting for many scenes. In particular, Garrone got the most out of this location with the last movie sequence. The director recorded Pinocchio becoming a child in this historic ruin. Thanks to excellent work, the final shots provided a splendid overview of the entire structure, together with the immense laurels park that surrounds it. Owned initially by important aristocratic families, the villa has since been used as a lush structure that has hosted international celebrities and sets for numerous other films before Garrone's film. Over time, the ruin fell into disrepair and remained in a state of abandonment for a long time. Today it is one of the FAI's places of the heart (the national campaign for Italian places not to be forgotten promoted by the foundation) and is the protagonist of renovation projects. 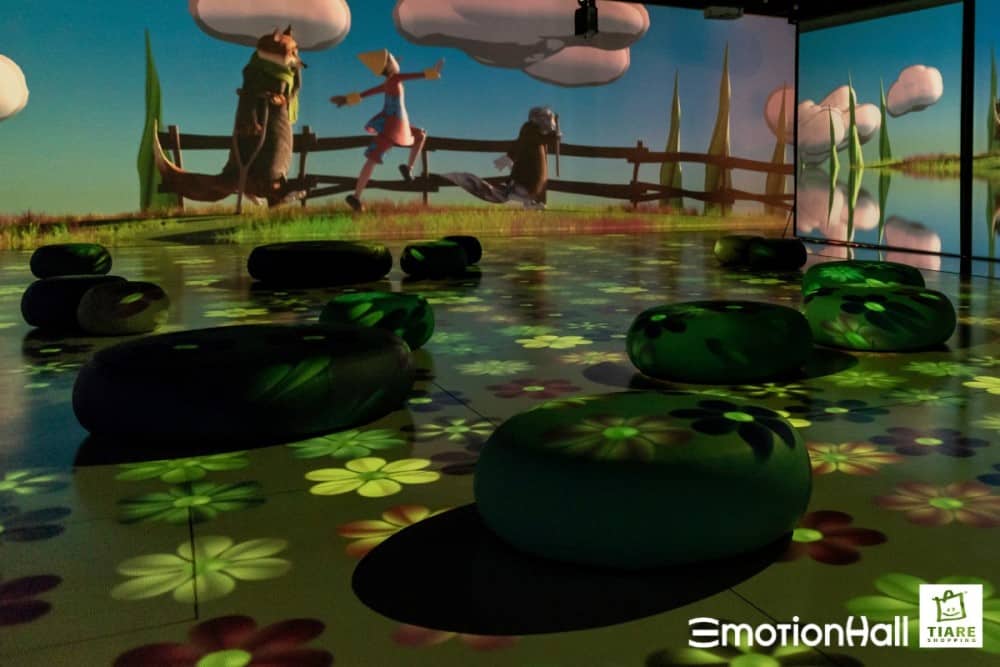 The Tiare Shopping centre in Villesse (province of Gorizia) is a huge two-storey structure where you can give vent to your unbridled desire to shop! It has more than a hundred shops selling clothing, accessories, cosmetics, furniture and much more. It also houses the EmotionHall Arena, Italy's first permanent immersive museum for spectacular exhibitions and events. Thanks to the innovative technologies adopted by the museum, visitors enjoy interactive experiences and experience unique emotions linked to the themes of the various art exhibitions organised by the structure.

In particular, we would like to point out the current Pinocchio - Immersive Art Experience, scheduled from 19 November 2021 to 31 August 2022, every day from 10:00 to 21:00. Thanks to this exhibition, Collodi's fairy tale comes to life. Visitors can experience first-hand all the most evocative moments of the timeless story of the puppet who became a child. Holographic actors, interactive digital activities, reproductions of costumes from theatrical performances: experiencing Pinocchio - Immersive Experience at the EmiotionHall Arena will make you feel as if you were catapulted into the pages of the book!

Tickets for the exhibition are available from Vivaticket Italia or at the Tiare Shopping Infopoint.