10 Unmissable things to do in Puglia 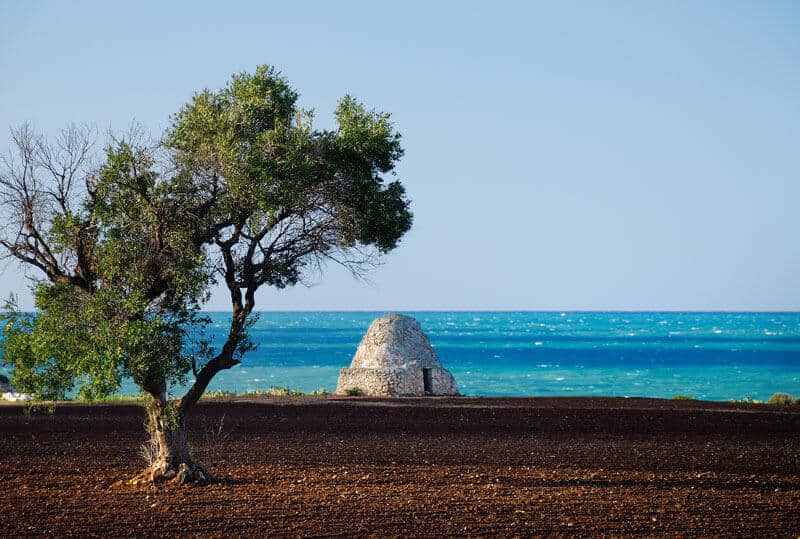 “Oh Puglia, my Puglia/I always take in my heart when I go away/And I think I’d die with or without you”. This is what sings the apulian rapper Caparezza in his song “Come to dance in Puglia”. The reason? The things to see and the experiences to do in Puglia are so many that we tried to propose to you 10 (+1) absolutely to do.

Let’s start with food, because, you know, you better argue with a full stomach. In this beautiful little town near Brindisi there are a lot of “fornelli”, old butcheries with embers where you can taste the “bombette”, little meat rolls of capocollo pork, wrapped with bacon and filled with garlic, parsley, caciocavallo cheese. Restaurateurs often offer variatons of bombette to taste, of course. 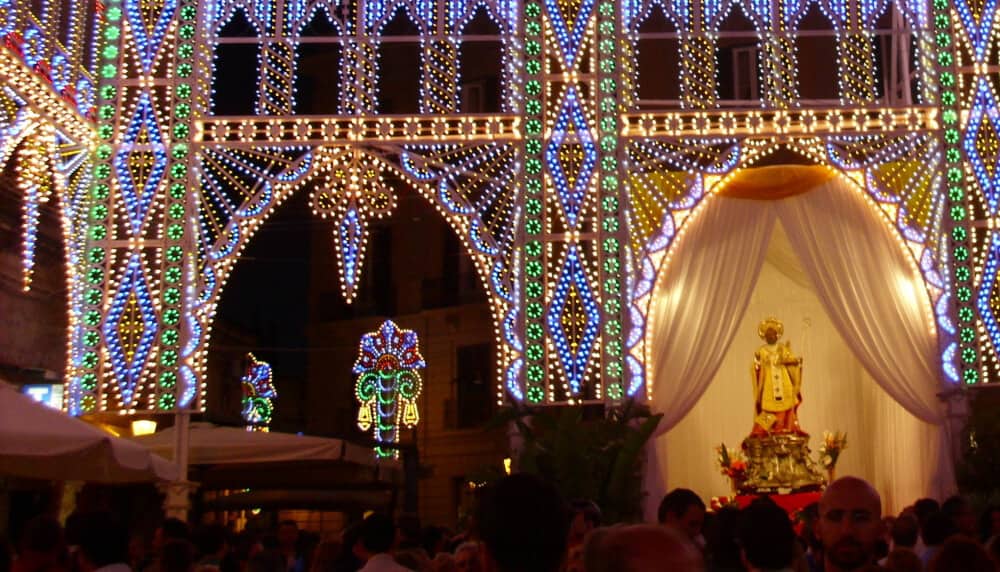 On 7th, 8th and 9th May Bari celebrates his patron saint, Saint Nicholas. Unmissable are the historical parade that remembers the arrival of barese sailors coming from Myra (Turkey) with Saint Nicholas relics, in 1087, and the “manna” taking, a liquid coming from the Saint’s bones, with thaumaturgical features. In those days Bari is full of pilgrims from Russia, and very two years you admire the sky stunts of Frecce Tricolori.

8 Taking a romantic walk in Polignano a Mare

Polignano a Mare is an enchanting town on the south coast of Bari. Here Domenico Modugno was born, the famous singer of “Volare”. It is a perfect romantic attraction: admire sunset on Lama Monachile bridge, walking hand in hand in the old town and have a dinner in the magical Grotta Palazzese restaurant, carved into the rock.

7 Getting lost in Ostuni's alleys

“The white town”, as is Ostuni known, has many same and different mazes, where it is easy to getting lost and forget metropolitan dreariness, thinking of not to think. It is a magic that works not only in Ostuni but also in every Valle d’Itria  (Itria Valley) town: Locorotondo, Martina Franca, Cisternino, like pearls in a red earth and olive trees sea.

6 Participate to Perdoni in Taranto 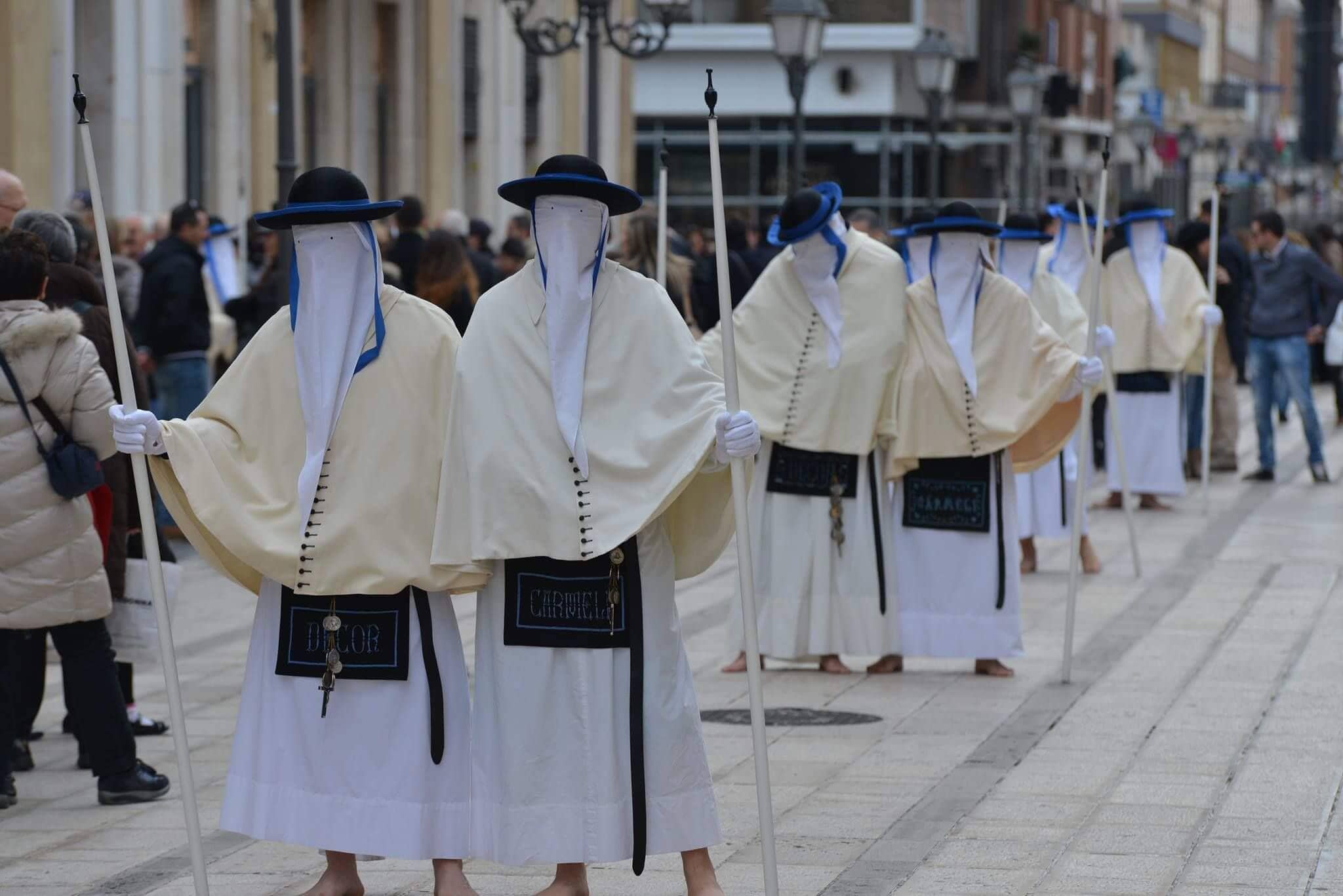 The solemn Holy Week celebrations in Puglia come from Spanish domination in 1500. Since then, Taranto celebrates Easter rituals: the most famous and evocative is Holy Thursday procession of “Perdoni” (Forgives), devoted men that, hooded and with bare foot, walk and swing very slowly through the old town streets. 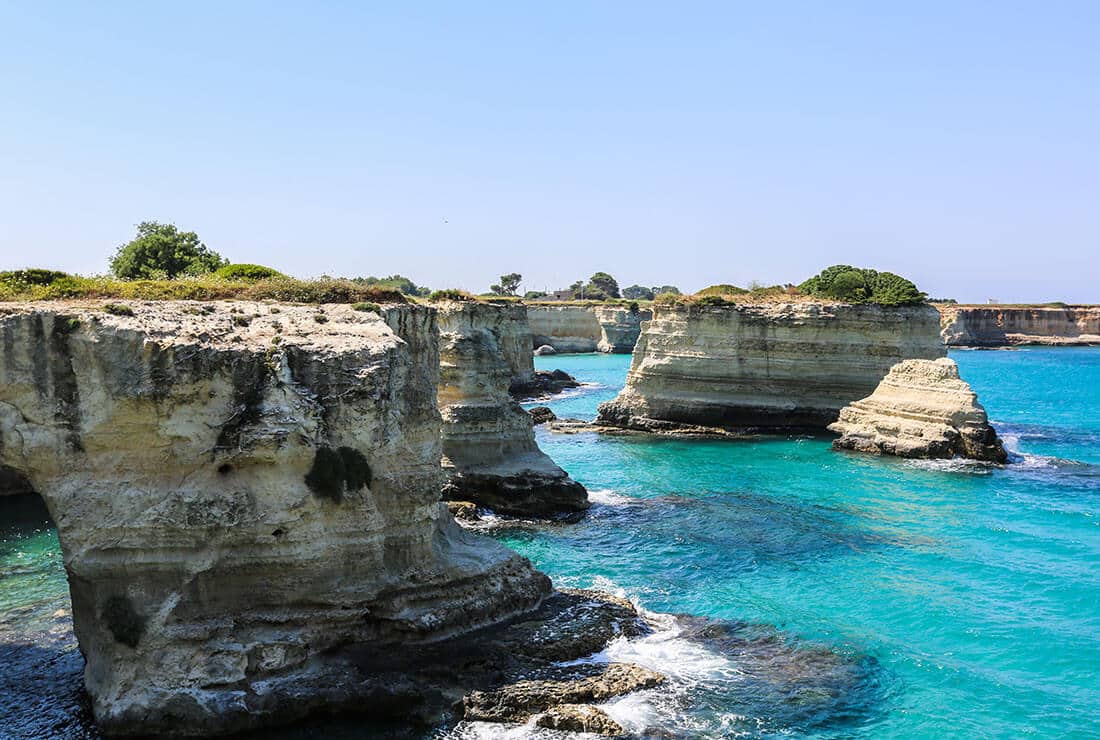 Salento: golden beaches, crystal clear sea, breathtaking panoramas...we force you to swim in Punta Prosciutto, Ciolo in Gagliano del Capo, Marina Serra of Tricase, Ugento. And, after the beach, Gallipoli’s nightlife: it will seem to you being in Ibiza. And if you don’t like discos, you can dance with the Taranta jumpy rhythm...

4 Warming up with great fire of the Fòcara of Novoli Also in Salento, in wintertime, a very beautiful ritual is celebrated in Novoli, near Lecce: it is the “Fócara”, a huge bonfire made with 8000 grapevines faggots, with 20mt diameter and more than 25mt high. As is traditional, the Focara, builted by farm men, is lighted in the night between 16th and 17th January, and it is a peace symbol.

It is the oldest carnival in Italy and Europe: it is celebrated for 626 years. Scientists trace back carnival’s origins to Dionysus rituals, then “christianized” since 1394. Every Sunday on Carnival in Putignano there are a carnival floats parade with huge papier machè statue, masterpieces of pugliese handicraft

Near Taranto, on the 172 provincial road that links Statte to Martina Franca, at 59km there is a mysterious road, in nice slope, but when walked rising...it descends. There are many videos on YouTube of rolling things, wheels, idling cars, riding alone and stopping by a tombstone of a young man dead there in 1949. Paranormal activities? Magnetic forces? Ghosts? Aliens? Try to wonder yourself.

It probably was a hunting ground of Federicus II of Swabia, the most famous and fascinating Middle Age emperor. A wonderful castle, Unesco heritage, that drowns out Andria hills, 60km north from Bari; it has an octagonal shape, with octagonal towers. It worths to visit it to admire its perfect architecture, rich of romanics, gothics, classical and oriental references, like a summary of the vast culture of the emperor, called “Stupor Mundi” (wonder of the world).

1(bis) Submerging in the Nature of Gargano

The north side of Puglia is a focus of beauty of natural elements. For sea lovers, Vieste and Peschici offer wonderful beaches with white cliffes. For wood lovers, Foresta Umbra: a green paradise, 10.000 hectares of millennial wood, more than two thousand of plant species, it is the largest italian beech wood, with more than 40mt high trees.