Summer holidays in Italy: 5 tips to know before traveling

A practical guide to summer holidays in Italy: 5 tips to start exploring Italy even before booking your vacations

All of a sudden we are smiling, when it comes to summer holidays. The romantic ideas we have about vacations and travels make us forget that even during summer we can run into some unforeseen obstacles.

It's because of this that we managed to write this guide to help you organize the best summer holidays possible in Italy. Where you can enjoy and relax, of course.

5. When are summer holidays in Italy 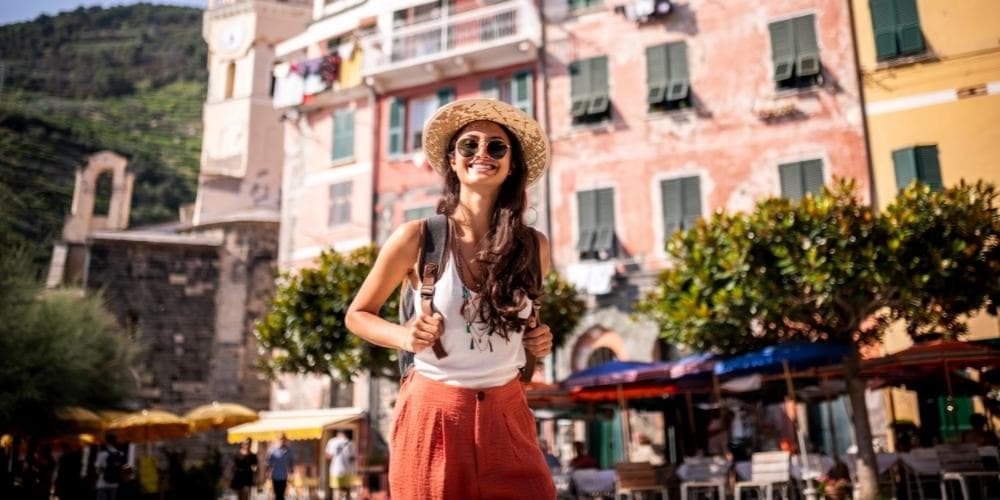 Even though it seems an easy question, it's a tricky one instead.

Astronomically speaking, Italian summers start on June 21st and end on September 23rd. But, if we consider school summer holidays, the only period to go on vacation for most families, summer begins at the beginning of June and lasts till the first days of September (each school is different).

Given that, when is it best to go on holiday in Italy? Let's start from the beginning.

In June, it's usually intensively sunny.  The daily light period is the longest of the entire season and prices are still low. However, temperatures, especially sea temperatures, may still not be as hot as in July and August.

The heart of summer is represented, in fact, by its two central months, chosen by millions of Italians, who throughout the year have waited patiently for their vacations. They are also the months in which going on vacation costs more, especially in August, and the availability of facilities is very limited.

Not to mention the traffic of all those heading off to their seaside resorts!

For those visiting the cities, however, it can be a golden moment. The streets are quieter, there is peace around and you can engage in a variety of activities at your leisure.

What about September? For those who can choose, going on vacation this month has its reasons. In recent years, September temperatures are always pleasant and more acceptable than the torrid heat of August. The resorts are less crowded but the atmosphere remains festive. Just think that in some areas of Southern Italy, the climate and the sea remain inviting until November.

The daily light period, however, by that time, has already shortened....

And, to continue talking about climate, what is good to pack?

4. What to pack and how to dress during your Italian holidays

Although Italy is a concentration of heterogeneous wonders, we will try to summarize here some indications on how to dress and what to pack for your summer vacation.

Of course, a lot depends on where you are going, and the list will be quite different depending on your destination.

In addition to everything you would normally bring for your vacation, however, we would like to leave you with some useful suggestions of things not to forget (and that are always forgotten):

- Sunscreen: the climate is changing and the risk of burns is around the corner, even during a quiet walk in the city;
- Universal adapter: in Italy, as you know, the sockets are always different. It is better to take precautions, otherwise who will take a selfie at sunset?
- Cash: in many tourist resorts, you might be seduced by trinkets and typical products and bitterly discover that the stall is not equipped with an ATM. So, it's better being equipped!
- Covers and robes for the moment you return to the hotel from the beach: most hotels allow guests to walk around in their bathing suits, but it would be a good idea not to;
- Water bottles: in Italy, it is not so rare to find totally free sources of drinking water scattered around the streets and villages;
- Shrugs and scarves also for those visiting the cities: to enter sacred places, in fact, it will be necessary to cover up even when the heat is stifling;
- Repellent spray: in most tourist areas a remediation is made before the summer, but it is always better to be equipped.

3. Where to go on holiday in Italy during summer

Of course, in Italy we have plenty of choices for your holidays, and these few lines will certainly not be able to summarize the beauty of everything to do and see in Italy during summer.

For sea lovers, islands such as Sicily and Sardinia, as well as smaller islands such as Pantelleria, Ischia and Capri, are not to be missed. A heritage of beauty shared with the coasts of other regions of Italy. Needless to say, the beauty of the coasts of Salento, Liguria or the Riviera del Conero. It would be impossible to list them all.

For those who love cities of art, summer is the right time. A little sunscreen, a cool water bottle in one hand and an ice cream in the other and you're ready. Venice, Rome and Naples, but above all cities like Milan, Bologna and Turin, which throughout the year are a melting pot of humanity, are transformed into relaxing destinations and open the doors of exhibitions and museums to their visitors.

Let's talk about Italy and we cannot fail to mention the mountains. The beauty of the Dolomites, but also the valleys of Trentino, not to mention the sweetness of the Apennines. In the last few years, mountains have known a new life and events, trekking and walks are organized to let tourists and fans discover a different way of living.

We conclude by talking about lakes. From Lake Como to Lake Garda, the possibilities for a relaxing vacation, under the banner of elegant beauty are endless. And even here, how can we not think of the carefree joy of summer nights when fireworks explode on the lakefront? A marvel.

In summer, then, it's time for theme parks. More or less large, almost every region has its own, or more than one. A very nice opportunity to experience Italy in a different way.

You can explore something more about Italian summer destinations in this article!

The Italian summer is not so abundant with national holidays. However, local festivities and events abound.

- June 2nd (yes, it's not quite summer yet, but it feels like it). This is the occasion that Italian people wait for to have their barbecue or picnic. And since every year it always rains on previous national holidays, maybe June 2nd is the right occasion. And June 2nd is Republic Day of course, but that's not always the first thing on everyone's mind;

- August 15th, Ferragosto or the Feast of the Ascension of Mary. It is the culmination of summer and is the time for the sky to explode with the wonderful colors of fireworks. It is also the time when all of Italy is on vacation and it is more difficult to find a place at affordable prices.

Besides these institutional festivals, however, there are many others that are celebrated locally, such as the Redentore in Venice on the third Sunday of July or the Palio of Siena on July 2nd and August 16th.

In conclusion, here are some suggestions that we would like to give you to live your vacations in total serenity:

- Book in advance: summer is the time when the whole of Italy goes on vacation and it is always good to reserve your place in advance. Whether it's a train, hotel or a restaurant, it's a good idea to remember your booking in good time, especially in summer;
- Always check your luggage: although much less than in the past, unfortunately Italy still has this name, especially in some places. Therefore, one more check will not hurt. If it is not necessary, so much the better!

And finally, here is our personal advice (yes, yet another one, from one traveler to another): listen to all this advice and treasure it, but also put it aside. Italy is an extraordinary place and the most incredible things will happen to you just when you don't expect them. And they will be the ones you will want to tell about when you return home.