The Tremiti Islands in Apulia: the pearls of the Adriatic

The crystal clear waters of these five islets of the Gargano (Apulia) attract thousands of tourists every year, fascinated by the natural and wild beauty of the place. Set like diamonds in front of the so-called spur of Italy, the Tremiti Islands are a continuous discovery. Let’s know them more closely.

The pearls of the Adriatic sea

The Tremiti archipelago is located at the northernmost point of Apulia. Immersed in the spectacular waters of the Adriatic sea, these islands are part of the Gargano National Park in the province of Foggia. The Tremiti Islands constitute a Marine Nature Reserve and the only Italian islands in the lower Adriatic. Their wild nature, history, myths, places of interest, colourful backdrops and amazing landscapes have earned the Tremiti the name of Italian pearls of the Adriatic.

The myth of Insulae Diomedeae

The Tremiti Islands enclose a history linked to ancient myths. In the past, they were called Insulae Diomedeae in honour of Diomedes, the companion of Ulysses and king of the city of Argos, whose exploits in the Trojan War made him a hero. In the Iliad, it is told that Diomedes left his homeland once he discovered the murderous conspiracy to his detriment engineered by his wife and her lover. After a long wandering in the sea, the brave warrior stopped on the coast of Gargano and married the daughter of King Daunos. Once Diomedes created his new life here, he used stones brought from his homeland to mark the boundaries of his new kingdom. According to the myth, Diomedes threw the remaining rocks into the sea, giving birth to the Tremiti Islands. In addition, it is told that, after the death of Diomedes, the goddess Venus transformed his companions into albatrosses (family Diomedeidae), seabirds whose song is similar to the cry of newborns, to allow them to mourn the missing friend and watch over his grave forever.

The 5 islands of the archipelago

The archipelago of Tremiti is composed of five islands, of which only two inhabited (San Domino and San Nicola) and equipped with accommodation services for tourists. The other three are pristine paradises, escaped the imposition of human activity and, for this reason, wild and almost unexplored places, ideal for exploratory diving in search of spectacular native fauna and seabed.

San Domino is the largest island of the archipelago, just 200 meters away from San Nicola. The natural landscape is breathtaking: San Domino is a portion of Mediterranean scrub surrounded by blue waters, totally covered by a forest of Aleppo pines and once called the Garden of Paradise. The island houses Cala delle Arene, the only sandy beach of the entire archipelago. A ridge of rock embraces a beautiful coastline with white sand and transparent seabed. The central location makes it the perfect place to spend a day at the beach with friends or family. However, to admire the island beauty at 360 degrees, you have to go out to sea. A boat tour allows observing hidden natural treasures such as the Grotta del Bue Marino and the Grotta delle Rondinelle. Close to the former, it is possible to admire the suggestive Scoglio dell'Elefante (Elephant Rock), a cliff sculpted by nature over the years until it took on a pachyderm shape. Finally, it is also worth visiting the island internally. In particular, you can explore the whole island on foot leaving from the so-called Rural Village.

Here is a fun fact: About the myth of Insulae Diomedeae, the singular sound of the birds that inhabit the island creates a suggestive atmosphere in San Domino, especially in the evening hours. Not surprisingly, there is a viewpoint called Peak of Diomedes on the island.

San Nicola island is home to the Town Hall and the main monuments of the entire archipelago. That is why it is considered an open-air museum. A charming old town, fortresses, towers, walls and ancient churches testify to the rich history of the Tremiti archipelago. Among the sites not to be missed, we recommend the Tower of the Knights of the Crucifix, the Castle of Badiali and the magnificent Abbey of Santa Maria, from where you can enjoy a unique view of the entire archipelago and whose history is lost in legend. Finally, it is worth visiting the necropolis in the archaeological site. According to legend, the Homeric hero Diomedes is buried here. 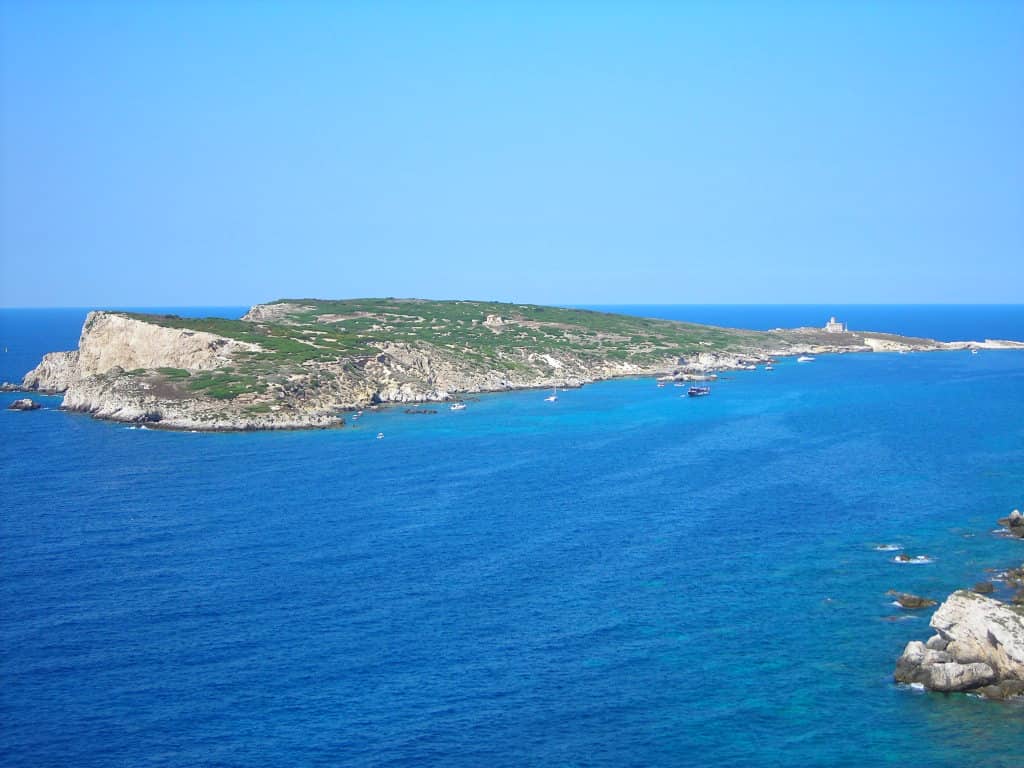 The island of Capraia is wholly uninhabited and is not allowed to dock. You can get close to its coastline and admire its unspoilt landscape through boat trips. The seagulls and albatrosses are the only inhabitants, giving Capraia an even wilder air. The island is also called Capperaia due to the conspicuous presence of caper plants on its territory. However, the absolute natural wonder is offered by the seabed, where the island preserves a secret garden. The submerged caves, colourful fish and unique marine flora represent a paradise for diving lovers. Finally, still on the seabed, we find the greatest attraction of Capraia and what made it famous: the submerged statue of Saint Pio of Pietrelcina, considered one of the biggest submerged statues in the world. It was created by the Italian sculptor Mimmo Norcia at the end of the 90s. 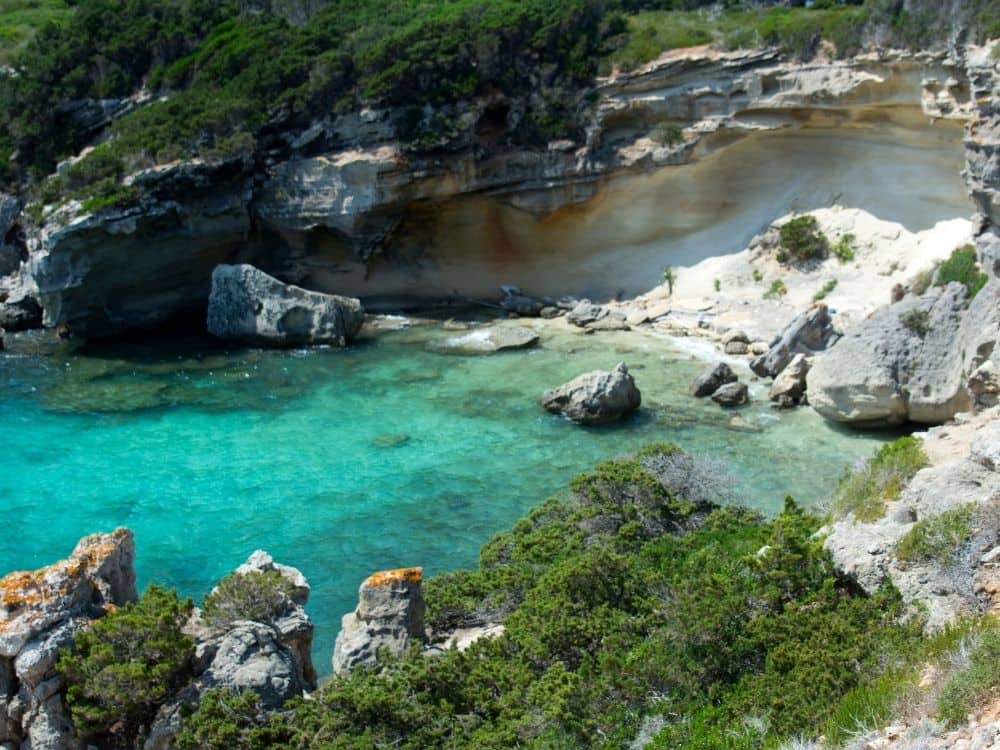 The name comes from the morphological structure of the island, totally flat. Its maximum height (15 meters) means that it is almost wholly submerged during the storms. Pianosa is uninhabited and closed to visitors. It is part of the Protected Marine Reserve, so it is inaccessible, with a prohibition of fishing, landing and navigation within 500 meters away. However, admiring its beauty even from a distance is an experience that fascinates visitors. 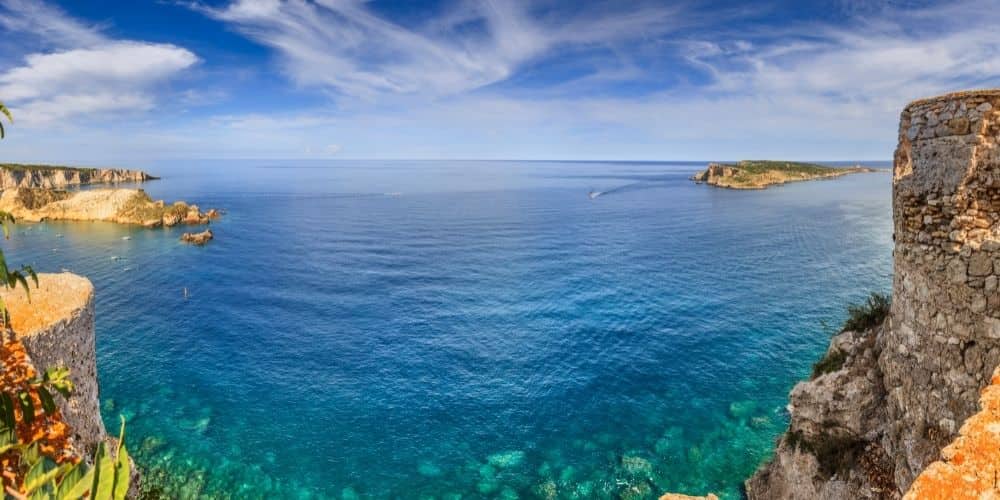 Cretaccio is a rock more than an island. In the past, it was a real natural bridge between the two major islands of San Domino and San Nicola. This island is also uninhabited, but its unspoilt nature and blue waters are popular destinations for experienced divers.

The refuge of Lucio Dalla 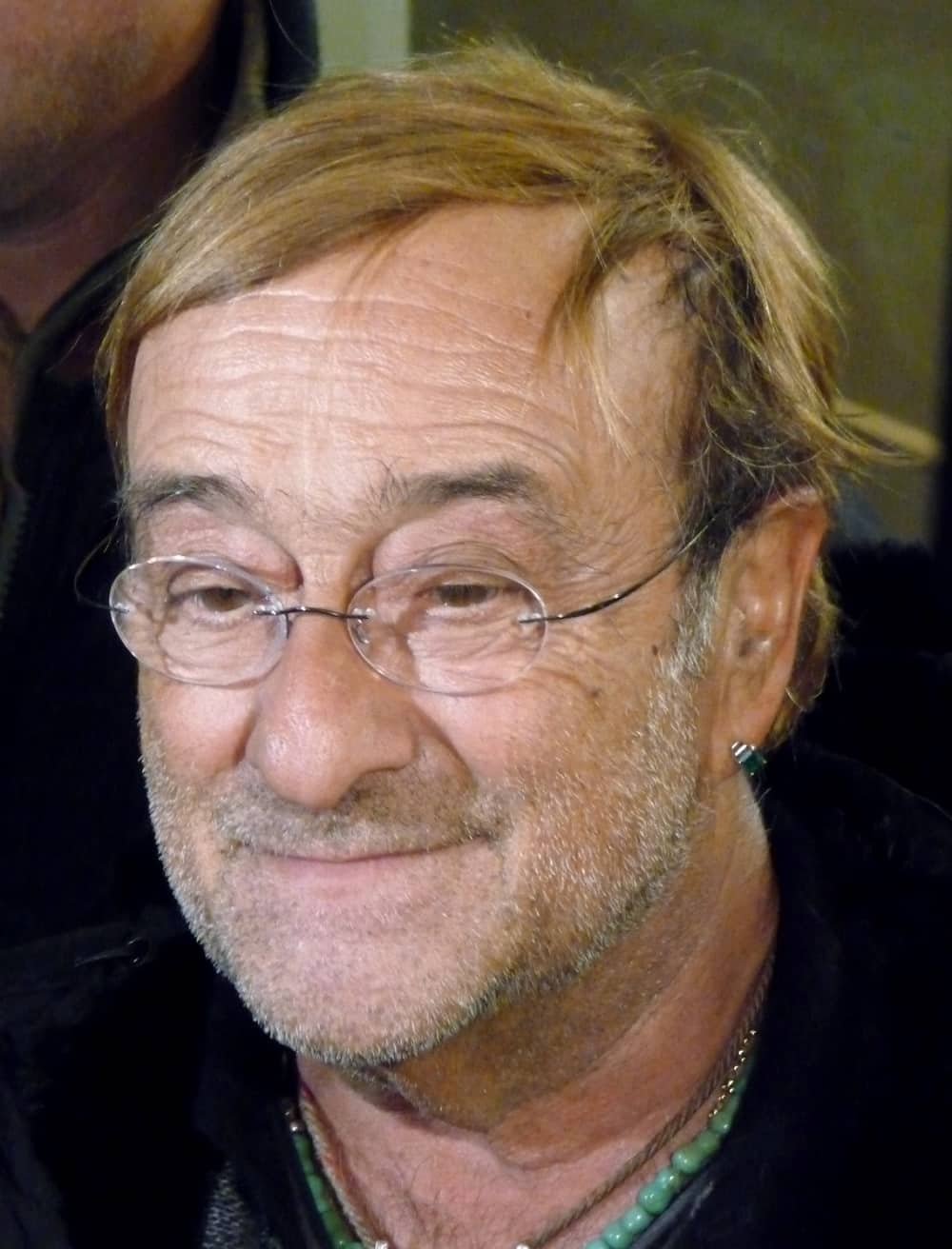 For years, the Tremiti Islands hosted the great Italian singer-songwriter Lucio Dalla. He loved spending time in these places, where he felt inspired by the magnificent scenery to write his music.

What dialect is spoken in Tremiti Islands?

Do not be surprised if you hear people speaking a dialect very similar to Neapolitan. Indeed, more precisely, the dialect of Ischia. At the end of the 18th century, Ferdinand IV of Bourbon, King of Naples, used the archipelago to establish a penal colony. Within a few decades, those magnificent places found themselves inhabited by only convicts and vagabonds. About fifty years later, Ferdinand II, king of the Two Sicilies, sent fishermen from Ischia to repopulate the islands. These people settled in these places, handing down - among other things - their dialect from generation to generation, up to the present day.