Scuba diving in Italy among the most scenic wrecks: tour from Elba to Sardinia

Elba, Garda Lake, Liguria and Sardinia: the best scuba diving places in Italy to discover the most spectacular wrecks.

The sea has always exerted its romantic and wild fascination. And, therefore, let's start right from Italy, where the scuba diving theory was first theorized, and explore together the best places to find spectacular wrecks.

From the Elba Island to that of Lampedusa, from the coasts of Liguria to those of Puglia: Italy offers an immense treasure of underwater wrecks, some of which have only recently been discovered.

Some believe that it is Italy's wrecks that are the most beautiful in the Mediterranean sea: we just have to find out by diving, literally, in this article.

Diving in Italy at Isola d'Elba: a paradise for divers

Those who love diving tourism cannot fail to turn their attention to this island in the northern Tyrrhenian Sea. Elba Island, in fact, among its waters hides wrecks of all kinds, authentic treasures from every era.

Let's not even delve into the Spiaggia del Relitto (literally Wreck Beach) of Elba Island where, lying just 150 meters from the coast, is the wreck of the merchant ship Elviscot at a depth of just 12 meters. This is probably the most visited and celebrated dive site in Italy.

Truth be told, however, the island of Elba fascinates divers everywhere for a veritable riot of wonders.

There are at least six wrecks that tell the story of ancient Roman civilization: the Nasuto Wreck off Marciana Marina, Chiessi at a depth of 46 meters, and Procchio, which is one of the most important ever found. And also the two wrecks off Capo Sant'Andrea and the Punta Cera wreck.

On Elba Island, however, you can also find an air wreck, off Capoliveri and at a depth of about 14 meters, and numerous shipwrecks from World War II. The Santa Rita, for example, is certainly one of Elba's most famous wrecks.

Scuba diving in Sardinia, among the most beautiful wrecks of the Mediterranean Sea

Sardinia certainly needs no introduction. The cobalt blue sea makes it one of the dream destinations of travelers from all over the world. Here, too, beyond the endless beauty of the surface, a world of treasures is hidden underwater. Want to learn more about Sardinia's most fascinating wrecks?

Traces of Roman history can be found on the seabed of the Gulf of Teulada at Capo Spartivento. The place is magical not only for the sunken Roman wrecks, but also for the walls of stacks that only at a depth of 40 meters give way to a sandy seabed.

In Cagliari, then, it is possible to do one of the dives that are a kind of Holy Grail for all divers. It is the Isonzo wreck, a ship of about 80 meters, lying at a depth of almost 60 meters. Not only is it a historical find of great interest, but also a rather challenging excursion, not least because of the presence of strong sea currents.

If you want something extremely beautiful, but a little easier, among the most interesting wrecks in Sardinia the Entella stands out. This is a ship sunk by the British in '45 in the Bay of Solanas, in southern Sardinia. Not far away, at Capo Carbonara, the Madonna del Naufrago is celebrated every year in suffrage for all sailors who died at sea. The two-day celebration is very atmospheric and culminates with a procession and underwater prayer (something similar to what happens in Liguria, in San Fruttuoso).

A little further north, in Cala Gonone, is the dive site that is considered among the most beautiful in Italy and, by some, in the entire Mediterranean. It is the wreck of the KT12, a German ship that was sunk by the British and now lies at a depth of 34 meters.

Scuba diving in Lake Garda, a challenging experience in Italy

A vacation at Lake Garda remains peaceful until one decides to engage in diving among its waters. Colder than those of the sea, they hide many pitfalls that may surprise less experienced divers. With the right equipment and preparation, however, the spectacle that opens before the eyes is truly impressive.

One of the latest discoveries dates back to the very beginning of 2022 when a boat believed to date back to the Middle Ages was found in the waters between Desenzano and Salò with a cargo of artifacts and tools for peasant use.

Only since 2012 has the Sesia, a gunboat that sank in the 19th century off the coast of Limone and now lies 330 meters deep, been open to visitors.

Among the best known wrecks, even among divers who in truth do not like fresh water, are those of Salò. The dive site is quite extensive and there is not a single wreck to make it up: the Alexandra is at about 22 meters, the Sottiletta at 17 meters, and the most famous, the Berardi, is at 32 meters.

Near the Isola dei Conigli the Airone wreck, at a depth of about 10 meters, is also of interest. The dive itself is easy, but in summer it is hindered by the presence of the many boats that pound the area.

Let us now return to our islands, and explore the most beautiful dive sites in Sicily.

Diving in Sicily: more than 800 wrecks left there since Middle Ages

Among the most interesting diving tourism destinations in Italy, we certainly cannot overlook the dives that can be made to discover the wrecks of Sicily. More than 800, according to a recent study, and only considering those after the Middle Ages.

Perhaps the most beautiful wreck is located in Panarea, in the Aeolian Islands, and it is the Lisca Bianca. The bow of the ship lies about 43 meters deep and is perfectly visible, as is its propeller. The seabed is also teeming with marine life, including large groupers, moray eels and lobsters.

Off the coast of Palermo, the wealth of wrecks is truly exciting. The Loreto, or Nave degli Schiavi, sunk in '42, but also the Junkers 52, shot down in '43, and the torpedo boat Chinotto, sunk in '41.

Near San Vito lo Capo, Trapani, is a ship sunk in the 1970s. It is called the Ship of Korans because it carried thousands of copies of the Koran. The wreck is visible from a depth of 25 meters, but a visit is recommended only for experienced divers.

Finally, the waters of Lampedusa are another treasure for all diving enthusiasts. The sea around the island is littered with dozens of wrecks, at depths ranging from 33 to 140 meters. At least 40 merchant shipwrecks have been resting here since World War II. A great heritage that Lampedusa wants to enhance in order to become, with good reason, a pole of Italian underwater tourism.

Discovering wrecks of Liguria: a history book on the seabed

Talking about Liguria is impossible if we do not also mention its sea. And among its waters, it is possible to read much of the history of this region, which has always been a crossroads of cultures, peoples and goods.

Without mentioning the dive to the Christ of the Abyss at San Fruttuoso, a destination, like the Madonna of the Shipwrecked, of celebrations in memory of fallen sailors, Liguria offers a riot of diving to discover its wrecks.

One of the most challenging dives in terms of depth and visibility is the Umberto I. This is a 106-meter luxury steamer, later converted to an escort cruiser, that was sunk during World War I. The hull is broken, lying between 38 and 50 meters deep in the province of Imperia.

Another ship sunk during the same period is the San Guglielmo, in the province of Savona. The dive is a bit easier, partly because the wreck lies between 24 and 30 meters deep. Here the seabed is rich in lobsters, lobsters, sunfish and mustels. The Steamship Genova, off the Tigullio, was also sunk during the Great War. The excursion is very atmospheric and includes a dive to a depth of 60 meters.

If it is recent history that interests you most, don't miss the wreck of the tanker Haven, sunk in 1991. It was the cause of one of the biggest environmental disasters of the time, but is now a highly sought-after destination for divers. The wreck lies between 38 and 78 meters deep and offers a great glimpse of underwater life off Arenzano (in the province of Genoa).

Wrecks in Apulia, from Tremiti Islands to Brindisi

Apulia's sea also surprises with its wealth of underwater treasures.

Wrecks from Greek and Roman times are off the heavenly Tremiti Islands. Off Caprara there is also a wreck of a Turkish ship that sank there in 1566. Two bronze cannons can be admired at the island's abbey. At San Domino, however, rests the wreck of Il Lombardo, a steamer that served Garibaldi during the Expedition of the Thousand.

Other wrecks, which can be found along the Adriatic coast, are rather difficult to reach because of the intensity of the currents. In Barletta, for example, lies the Triton, sunk in the 1940s, while between Polignano and Monopoli lies the Penelope, also sunk in the same period.

In front of Torre Canne, about 39 meters deep, lies a Turkish wreck sunk in 1994, and the Delia, torpedoed by a British submarine in 1942.

Finally, in the province of Lecce is one of the region's most beautiful wrecks. Off the coast of Santa Caterina di Nardò is the wreck of the Junker 88, a German aircraft that now rests at a depth of about 35 meters. It is still well preserved, but was first reached only in the 2000s.

And the list could go on and on, because the Apulian waters, even on the Ionian side, are well full of spectacular wrecks.

Discovering Italy from the sea, through these spectacular dives, will make you experience unspeakable emotions.

Greek and Roman history, the Middle Ages and world wars; the fury of the sea and the fury of man.

Everything rests in the silence of the abyss equally. Below the surface there are no differences, and you will experience history by facing those who lived its most intense moments. 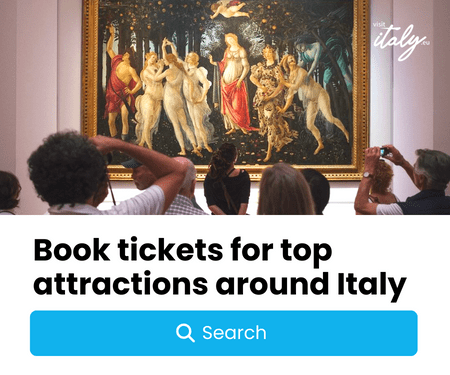