Cycling Holidays in Tuscany: 5 itineraries to be discovered by bike

From the Tower of Pisa to the medieval villages, visiting castles that fascinate for their history, architecture and strategic functions. And also mines, olive groves and lagoons. This is Tuscany, a region of a thousand villages. We offer you a list of 5 itineraries to visit in Tuscany simply by using a bicycle, enjoying the views and the beauty.

It is by riding a bicycle that you learn the contours of a country best, because you have to sweat over the hills and freewheel down the slopes. In this way you remember them as they really are, whereas in a car you are only left with the highest hills, and you don't have as accurate a memory of the country you have passed through in a car as you do when you cycle through it.

Tuscany: the region with the highest number of international awards 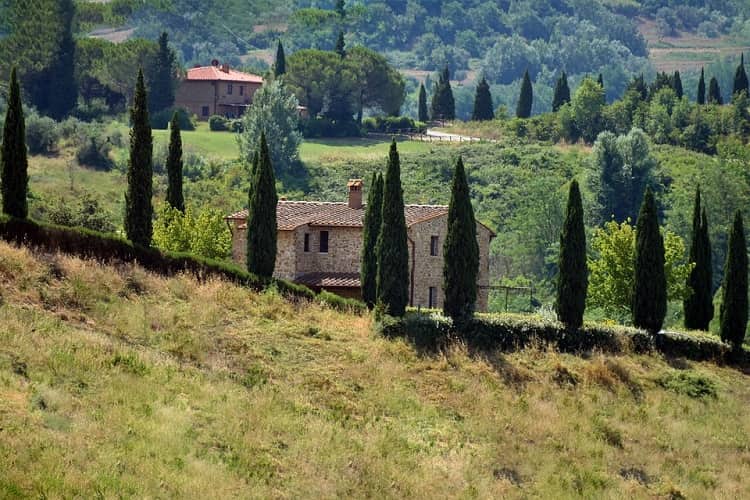 Tuscany has been recognized in 2019, as the region that has won the Italian primacy for the highest number of international awards in Tripadvisor's Travelers' Choice ranking, determined on the basis of millions of reviews and opinions of travelers over the past year. For Tuscany, there were no less than 9 awards received in the European and World Top 25. Visiting Tuscany could be your next trip. From the city of Florence, "the cradle of the Renaissance and Renaissance art," to the Tower of Pisa, a world-famous historical monument. A region where art, culture, music, flavors, smells, form an agglomeration of passion and tradition. Tuscany is perfect for cycling tourism. In fact, it is full of places that can be visited simply with the help of a bicycle. Walking on the hills, through medieval villages and castles. But also mines, olive groves and lagoons. This is Tuscany, the region of a thousand villages, one more fascinating than the other.

Florence is unquestionably the most famous Tuscan city in the world. It really has so much to offer and it's not easy to choose what to see. A smart way to visit Florence quickly, without having to give up anything, is by bike. The bike eliminates the stress of traffic and allows us to not have to rely on public transportation schedules, being able to freely choose how to move, when to move, without limitations. Florence is ideal for biking, as the bike paths of the Tuscan capital, which extend for over 100 km, embrace the area surrounding the historic center and allow themselves several branches. Most are located outside the center, along the Arno (away from Ponte Vecchio). The best served area is probably Campo di Marte. With, for example, the bike path that goes from Viale Don Minzoni to Via XX Settembre. Widening the radius of the city's itineraries, it is possible to visit the Parco delle Cascine and the Renai tour, particularly suitable for families with children. For those who love challenges and adventure, there are also several non-urban routes outside the city. In particular, it is important to know that the municipality of Florence has decided that cyclists can no longer ride on one-way streets in the opposite direction, which is allowed in many other cities in Italy.

Tour n.2: The Way of Gods: from Bologna to Florence by bike 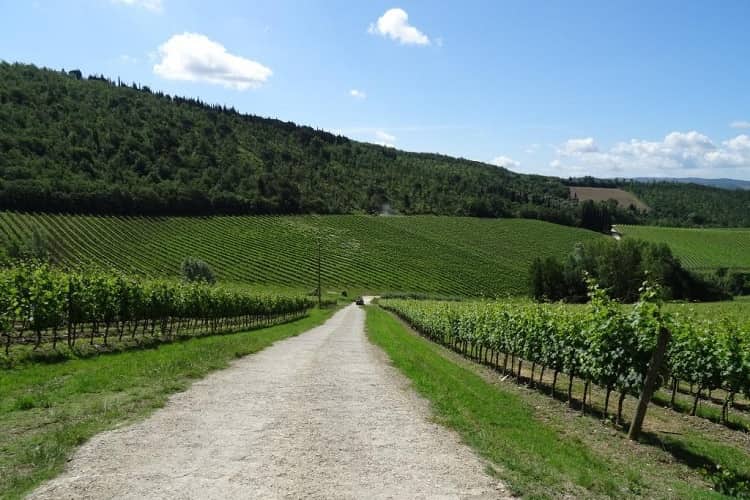 A very suggestive itinerary to be covered by bike is undoubtedly "La Via degli Dei". A path consisting of paths, roads and mule tracks that extends for about 130 kilometers, from Florence to the city of Bologna, crossing the Tuscan-Emilian Apennines. For its uniqueness and beauty, has been nicknamed by many "The Italian Way of St. James", making a clear reference to the Way of St. James of Compostela in Spain. The route is passable on foot or by bicycle. Surely this second hypothesis is very suggestive and interesting. For those who love adventure and want to try a new experience by putting themselves to the test, the Way of the Gods is a concrete certainty. However, the route is not for beginners. The gradients along the entire route are challenging, the climbs are steep and long, the descents are very technical and often at the limit of Enduro. So don't face it without training and without a bit of practice. The most suitable bike to tackle this route is undoubtedly a mountain bike, with muscular or assisted pedaling. The Way of the Gods is a spectacular route, joining two wonderful cities and passing through breathtaking landscapes that enter you inside and inspire peace, calm and desire for freedom.

Tour n.3: From the beach of Paolina to the top of Monte Perone 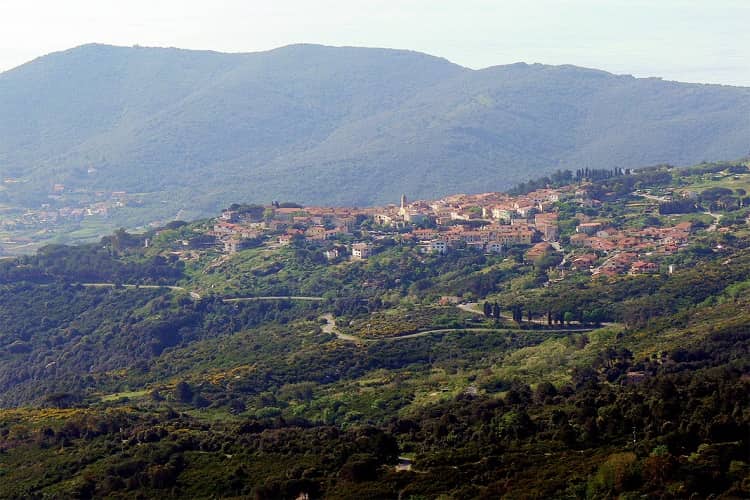 A very beautiful and suggestive itinerary to be covered by bike is the one that crosses the hills of Monte Albano up to the Paolina Beach. An area, whose morphology is very particular, that makes the excursion by bike suitable for expert bikers or at least trained. The itinerary begins about 200 meters after the access to the beautiful beach of Paolina, along the Provincial road to Marciana Marina, you will arrive in Redinoce, place from which you can take the path number 43. A path that enters a beautiful forest of chestnut, arbutus and holm oak. A very demanding uphill path that requires, at times, to carry the bike on your shoulders. At the end of the path you reach the paved road, uphill of course, which leads to the panoramic area of Mount Perone. Immersed in a cool pine forest you can admire the stretch of coastline from Marina di Campo to Costa dei Gabbiani. From the square of Monte Perone you take a road downhill: the path marked by the number 5, which leads to Sant'Ilario. Once arrived at the crossroads, turning right, after about half a kilometer, you will reach Monte Castello, on the top of which are still visible the remains of an ancient Etruscan fortification. Continuing along the route, you will arrive at Redinoce, the access point of path 43. From there the road will be downhill and will lead to the starting point, next to the beautiful beach of Paolina.

A bike ride is an escape from sadness

If you decide to visit Tuscany by bike, you can not fail to take time to visit and discover the lands of Siena and Val d'Orcia. Cycle through the perched villages of Montalcino, Pienza and San Quirico d'Orcia. Stop at the public spas of Bagno Vignoni and Bagni San Filippo. The itineraries are varied and for all types of cyclists. The paths are not only unpaved but there are many paved roads that make the tour more enjoyable. The town of Pienza is a pearl of Tuscany that deserves to be seen at least once in a lifetime. A small jewel of the Val d'Orcia, known as the city of Pope Pius II, born Enea Silvio Piccolomini in 1405. Pius II, once he became Pope, wanted to transform his humble birthplace, Corsignano, into an urban-architectural treasure. For its peculiar characteristics since 1996, together with the entire Val d'Orcia, Pienza has been recognized by UNESCO as a World Heritage Site.

A very pleasant itinerary is the one that goes from the city of Pienza to Montepulciano. Pienza is the perfect example of a Renaissance city but also Montepulciano is worth a visit. In this simple and easy itinerary, you can visit two of the most beautiful villages in Tuscany, with a stop in Montepulciano where you can taste a good glass of Vino Nobile. The entire itinerary is on asphalt road and is suitable for everyone. The route is about 30 km with a maximum elevation gain of 500 meters. A healthy walk immersed in nature, admiring the Renaissance territories in the heart of Tuscany.

Tour n.5: Along the Arno River 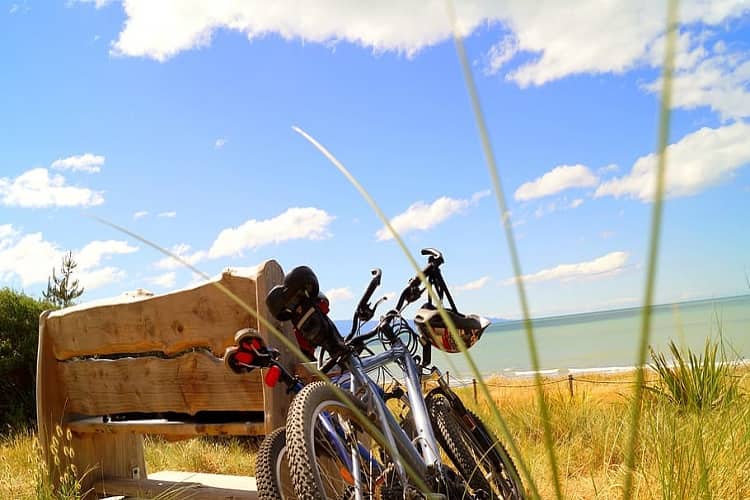 There is now a bike path along the banks of the great river that crosses Tuscany: the Arno River! The Arno cycleway is a bike path that follows the descent of the Arno river from its source to its mouth in Marina di Pisa, on the Tyrrhenian coast. A route unraveled in about 220 kilometers of Tuscan landscapes, among hills, countryside and cities of art. The Arno bike path is completely downhill. It is therefore suitable also for beginners, or for families with children. It touches the provinces of Arezzo, Florence and Pisa, crossing the territories of great historical, artistic and naturalistic value.

Why choose the bicycle? E-Bike Tuscany, professionalism and passion at the service of the customer 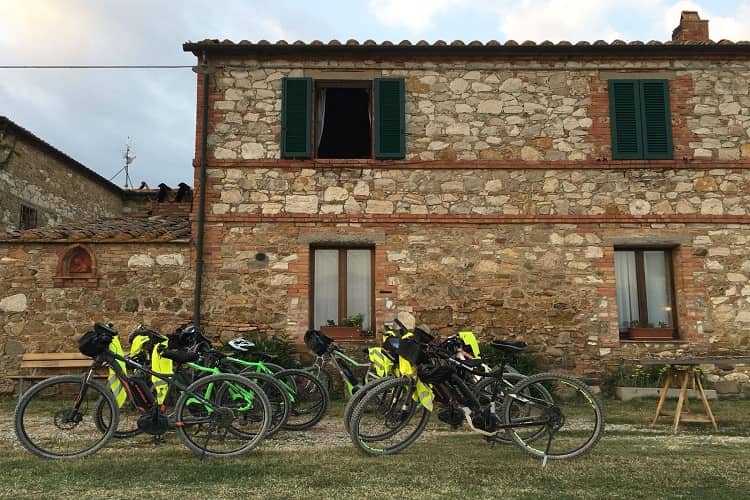 There are different ways to be able to travel. Sometimes you get on a plane and cross half the world. Other times you get on a train or use your car for an on-the-road trip to discover the most beautiful and hidden places, but there is an even better way to travel and visit new places: cycling. Using a bicycle to travel offers many advantages, both in economic terms, as it costs very little, and in terms of environmental sustainability, as it does not pollute and respects the environment. Visiting a city, a region, a completely new place by bike, will allow you to do motor activity, bringing significant health benefits, but above all will return a freedom that other means of locomotion do not allow you to have. E-Bike Tuscany is a store specialized in mountain bike items but not only. From E-Bike Tuscany you can rent your electric bike, pedal assisted of course, and move freely between the streets, villages and countryside that adorn the city of Pienza, Tuscany. Or, if you want, E-Bike organizes group bike tours. Some beautiful excursions to live in the company of your friends, your partner or other people. An opportunity to make new acquaintances, socialize and live a unique experience. E-Bike will take you where you've never been and will do it to the sound of pedaling. Between a turn of the chain and a change of gear, you can make stops in the nearest farms, tasting the local food and good Tuscan wine. E-Bike Tuscany is the ideal partner for a few hours of carefree happiness, adventure and strong emotions. In short, professionalism, experience, passion, everything you need to make your experience the best ever. What are you waiting for? Book immediately one of the tours and enjoy your ride!
Book a tour or rent your bike❯