Bagno Vignoni: a wonderful spa resort in the middle of Tuscany

Bath Vignoni is a medieval village that has as characteristic outdoor thermal baths. 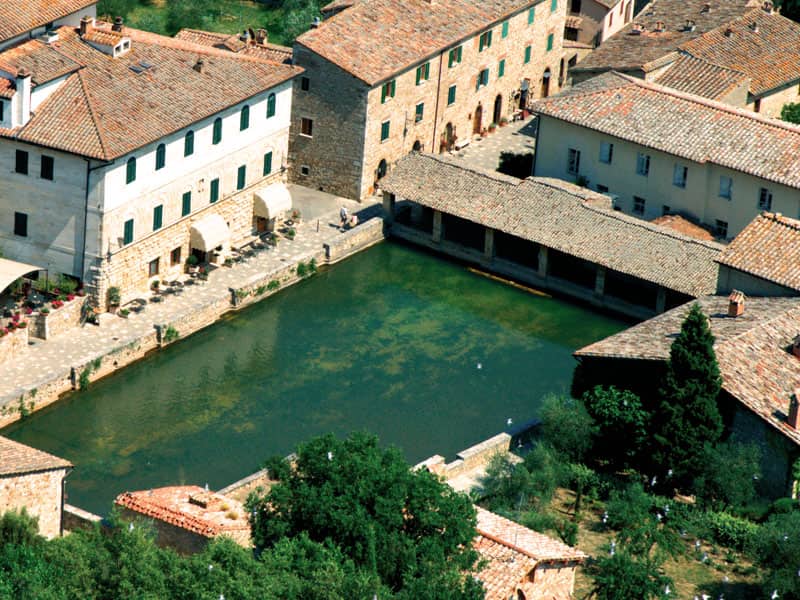 Bagno Vignoni is a fraction of the Italian municipality of San Quirico d'Orcia, another pearl that gives Tuscany. The village is located in Val d'Orcia, near Via Francigena.

At the center of the village is the "Piazza delle Sorgenti", a rectangular basin, of sixteenth-century origin, which contains a source of hot and steaming thermal water that comes out of the underground stratum of volcanic origins.

Some testimonies recounted that the baths of Bagno Vignoni were frequented by Pope Pio II, Caterina da Siena, Lorenzo de 'Medici and many artists who considered it an holiday place. 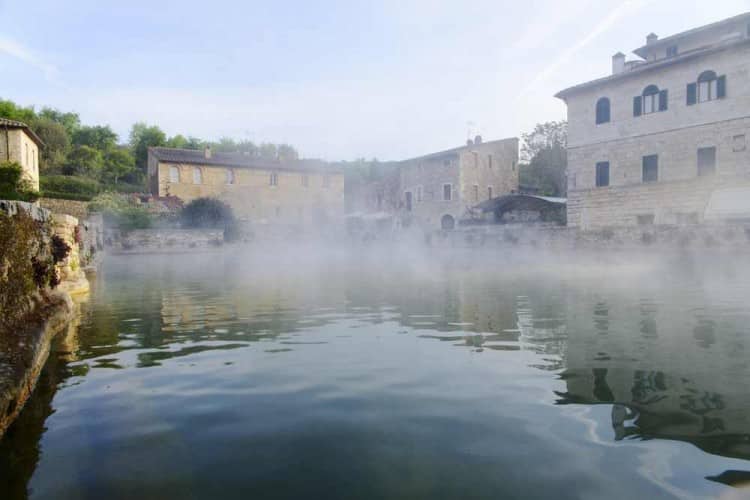 Everything comes from the rains that penetrate from the layers of the earth to reach up to about a thousand meters deep: here, warming up, the waters  dissolve sulphurous and mineral compounds and then begin to rise, slowly, even taking tens of years, towards the surface and a temperature about 50 degrees

The beneficial action of the thermal waters of Bagno Vignoni is expressed through the heat that changes the body temperature, promotes diuresis and exercise of a fatigue action on the muscles. The hydrostatic pressure that water exerts on the body also determines an improvement in blood circulation and respiratory function, as well as ensuring greater oxygenation of the tissues. Thanks to the minerals dissolved in them, at the springs of Bagno Vignoni the beneficial characteristics also in the case of alterations of the venous circulation, osteoarthritis, rheumatism, gynecological and dermatological diseases.

A dream week in Bagno Vignoni 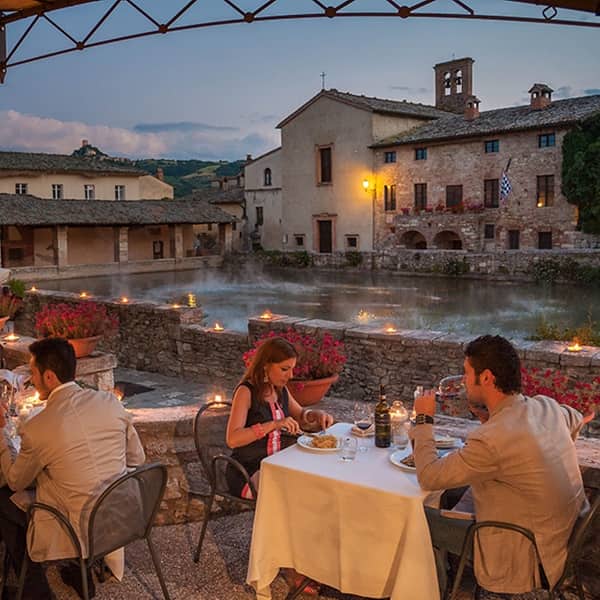 Bagno Vignoni is a highly suggestive place, the landscapes, the art and the structures of the place have made it a tourist half strongly attractive for all those who want to spend a dream weekend, in the name of relaxation and psycho-physical well-being.

There are many accommodations that allow tourists to stay in the village, there are also restaurants where you can taste the Tuscan cuisine while admiring the spectacular view.

Bagno Vignoni is also an excellent starting point to visit in particular the nearby towns of Pienza and Montalcino, which are part of the 38 villages Orange Flag of Tuscany, as well as the entire Val D'Orcia and the Park of Monte Amiata, a real outdoor museum.

At Bagno Vignoni, you can breathe a fantastic air.