Visit the Amalfi Coast like a local. Follow our tips and discover what to do to make the most of your holiday in paradise.

Visit the Amalfi Coast like a local in 10 insider moves.

The internet is full of tourist guides and tips about how to get around the seaside villages of Campania's marvellous coastline.

We want to give you a few tips to get out of the mould of the usual mass tourism and fully enjoy the immense historical and cultural heritage of the Costiera Amalfitana.

Some advice you might already expect, but we felt it only fair to emphasise the concept.

There is so much to do, photograph, drink and eat. Don't think about driving a car at all (you'll find out why in the article); take it easy, savour the sea and citrus fruit scent in the air, and get ready for long walks.

Here's what we think you should do on the Amalfi Coast... like a local.

Amalfi lemons. There is no more iconic image to describe the Amalfi Coast. Large, juicy, elongated, smooth-skinned. And very, very yellow. The sfusato amalfitano is so photogenic that seeing it will make you want to take snapshots.

As a protagonist of the local cuisine, it's not unusual to find dishes prepared with lemon on the menu of any Amalfi Coast restaurant.

Let's start with dessert. Have you ever tasted a Delizia al Limone pie? If not, the time has come for you to make up.

This dolce made with limoncello-soaked sponge cake, custard and lemon cream will look at you winking from the counter of Amalfi's pastry shops, whispering, "eat me". You should definitely listen to a talking cake.

Usually, it's served in single portions resembling a lemon's shape. Try it at the end of a meal and eat it again as a snack in the afternoon, after dinner, for breakfast...

You'll find such advice in any travel guide and blog, and we thought it appropriate to repeat it: it's better not to go by car when travelling the Amalfi Coast.

Unless you are used to driving around dizzying curves and hairpin bends along narrow cliff roads, do your nerves a favour and opt for public transport.

SITA buses and Travelmar fast ferries are the benchmarks. Besides being a convenient and quick option, travelling by sea will allow you to fully enjoy the beauty of the Coast from a privileged perspective.

Should you still prefer DIY and maximum autonomy, take a cue from the locals and opt for a scooter or, even better, a romantic Vespa: you will feel like being in a 1960s film.

Anyway, if you're into ultra-comfortable travelling, consider a car rental service with a driver.

Looking for relaxation and tranquillity? Then you'll love this small village known as "la leonessa di Amalfi" (Amalfi's lioness). Scala is the oldest town on the Amalfi Coast and is surrounded by the deep vegetation of the Valle delle Ferriere Nature Reserve (if you want to learn more, here's a link to our article about the excursions to do in Campania).

Founded by a handful of Roman families who landed here after a shipwreck, the town boasted in its heyday luxurious residences, churches and monasteries of great value, two castles and mighty walls of which only a few ruins remain today.

Scala is not part of the classic tourist itineraries: one more reason to go there and experience the Amalfi Coast like a true local. Like many villages, it is all uphill, so be prepared for strenuous but wonderful trekking.

You will see the remains of an ancient Arab bathhouse, the imposing Basilica of Sant'Eustachio, the Cathedral of San Lorenzo, and extraordinary panoramas.

7. Entering the hideout of a local hero

Atrani is a pastel-coloured tiny town plunging into the azure blue Tyrrhenian Sea. Those who wish to visit the Amalfi Coast like a local cannot avoid popping in.

Head to the piazzetta, so small and gathered under the clock of the Chiesa di San Salvatore de' Birecto, where Amalfi dukes used to be crowned. Sit at a bar table and enjoy a granita or limoncello overlooking the coast. Better at sunset.

From the square, get directions to Masaniello's cave. 750 steps that will lead to an extraordinary rocky cavity where legend has it that the famous Neapolitan revolutionary found refuge.

The route is spine-tingling, and if you decide to set out at dawn, you will see the sun rising in a spectacle of light and colour that will make you forget the effort it took to get there.

6. Dive into a secret beach

Cetara is one of the stops that cannot be missed if only to try the typical colatura di alici—visiting the Amalfi Coast like a local requires a taste of this fantastic Slow Food praesidium.

Food aside, the beautiful seaside borgo is a place veiled in a unique, genuine romanticism. If you are on holiday with your sweetheart, surprise her/him with a romantic getaway in a secret place. The lucky ones will enjoy a truly exclusive little paradise.

Rent a pedalo from the little beach at the foot of the village, right next to the small harbour. Not far away, about 150 metres, there is a microscopic strip of sand and pebbles, just 6 metres long. It's called Spiaggia degli Innamorati (lovers' beach), and you won't struggle to understand the reason for the name.

It's so tiny that few manage to grab a spot in this heavenly bay, which is so intimate and sheltered to be perfect for a getaway for two. It doesn't harm to try.

We don't know whether the (700) inhabitants of Furore are expert divers. What is certain is that one of the most exciting events in the area is a spectacular diving competition.

The background is offered by the enchanting long narrow inlet of water and rock that has made the fame of this non-town.

Despite being one of Italy's most beautiful villages, Furore is a cluster of houses scattered here and there amidst the Amalfi Coast's lush vegetation. Terraced vineyards, colourful flowers, and lemon and olive groves have made it one of the most lovely corners of the coast.

You can reach the beach (which is very small) by climbing an endless series of steep steps from the bridge over the fjord.

This is the background of the annual Marmeeting, a vertiginous world diving championship. The best international athletes are involved in exceptional 28-meter high jumps, making Furore the Acapulco of Europe.

The best way to watch the competition? From a boat.

Conca dei Marini is famous for the Marina di Conca beach, the marvellous Emerald Grotto, and la sfogliatella di Santa Rosa, a delicacy of the Amalfi Coast that you can't fail to taste for a complete Sorrento experience.

What else? Well, witches. The local version goes by the name janare. Holidaying on the Amalfi Coast like a local will bring you face to face with myths and legends. Start getting to know them now.

Le janare are usually described as beautiful women who wandered around Conca dei Marini, moving in the darkness in skimpy clothes. They aimed to attract the attention of sailors near the coast with sweet songs, words of love, and magic potions. Once trapped and seduced, the unfortunate men would be offered in sacrifice.

Apparently, the charming witches used to hang around the church of San Pancrazio in the 16th century. It's a place of extraordinary beauty surrounded by palm and olive trees that you should definitely visit. If you hear melodious voices in the air, you already know who they belong to.

3. Learning how to make limoncello 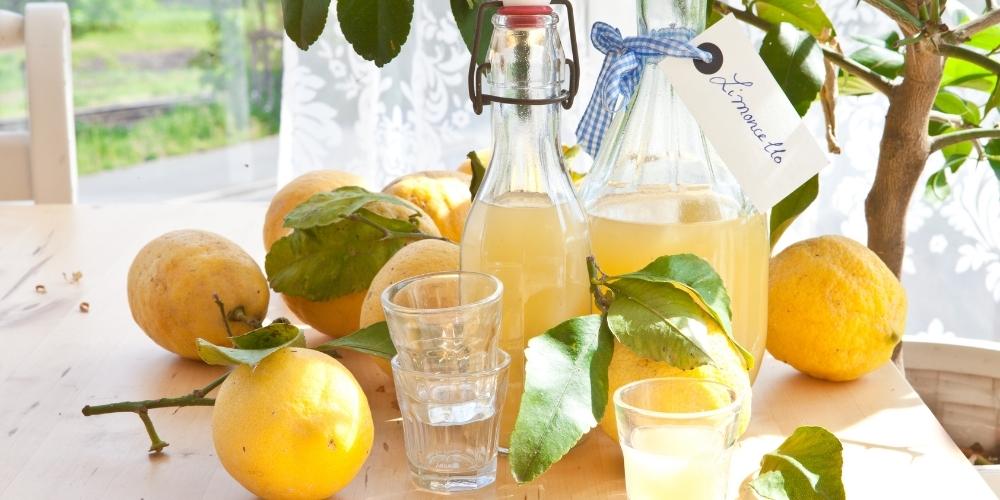 Visiting the Amalfi Coast like a local also means eating (and drinking) like an Amalfitano. Limoncello needs no introduction as it's among the most famous liqueurs in the world.

The history of the coastal drink par excellence is old and nebulous. The most widespread version speaks of Capri as the place where the modern recipe spread in the early 20th century. Still, Sorrento and Amalfi have also ended up at the centre of intrigue about its origins.

Whatever the case, limoncello is a true institution on the Amalfi Coast, and its preparation is a family affair. Locals are used to making limoncello at home with the sfusato amalfitano, the tipical Amalfi lemon.

Learning all the tricks of the trade to replicate it yourself is not only possible but also a unique experience to do during a holiday in Amalfi or Positano.

All you have to do is find the proper bottega. Some workshops and farms organise mini-courses that unveil all the secrets for a perfect limoncello in a friendly, family environment.

2. Climbing with the gods

This cliff-top trek is dizzyingly beautiful and one of the most incredible trails on the Amalfi Coast. After all, the Olympian gods created it in an attempt to rescue Ulysses.

The Path of the Gods (Sentiero degli Dei) runs along the Monti Lattari from Agerola to Positano. It climbs 600 metres over a sea that embraces Capri, Punta Penna and the Li Galli archipelago.

The locals still tread the narrow mule tracks you cross, primarily farmers who take care of the land and vegetable gardens nearby. You'll probably bump into one of them accompanied by a mule laden with baskets full of fruit and vegetables.

Between mysterious rock villages, springs, rock pinnacles where you can (also) climb, the scent of wild herbs, and benches overlooking an infinite blue panorama, you'll enjoy moments of pure happiness.

Ravello's gardens are as beautiful as they are said to be. But to realise just how stunning they actually are, you have to go there because the pictures on Google only give a partial idea of what you will find.

The locals are very proud of the feather in their cap, and with good reason. The gardeners of Ravello have created authentic jewels. In the 19th-century, UK lords fell in love with this place during the grand tour journeys and designed ravishing outdoor spaces for their new mansions.

Il Giardino dell'Anima (garden of the soul) of Villa Rufolo belonged to Sir Francis Nevile Reid and amazed Richard Wagner. He had the impression of finding the actual Klingsor's magic garden from his Parsifal.

Don't miss Villa Cimbrone either. The building that once belonged to Ernest William Beckett is now a luxury hotel. Still, the exteriors are accessible to visitors, and we highly recommend going there because it truly is one of the most enchanting places on the Amalfi Coast.

Several private structures in Ravello boast dreamy gardens. Who knows, you might even find one in the hotel you have booked. 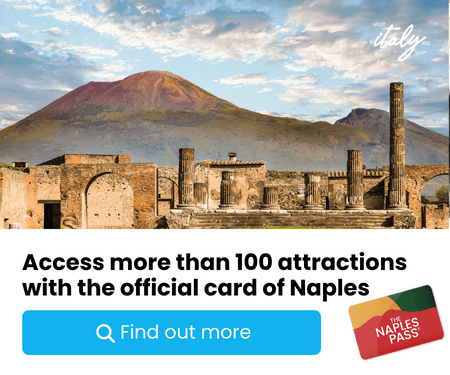