5 extraordinary experiences to do in Sardinia

Visiting Sardinia means taking an experiential journey through timeless places, flavours and traditions. We have selected for you 5 unforgettable experiences of art, fun and good food. Take a look at our proposals and then run to book your next trip!

What does Sardinia remind you of? You're probably thinking about white sandy beaches, emerald sea, and majestic yachts from which, who knows, your next conquest might peep out! The postcard-perfect panoramas of the coast are the most recognisable calling card of this part of the island. Nevertheless, in the words of D.H. Lawrence, “This land resembles no other place.” Here you will find a region as mysterious and ancient as its history and traditions, extremely varied landscapes, flavours, and scents that you will hardly forget.

We have tried to select shows, itineraries, and activities to do in this timeless region. 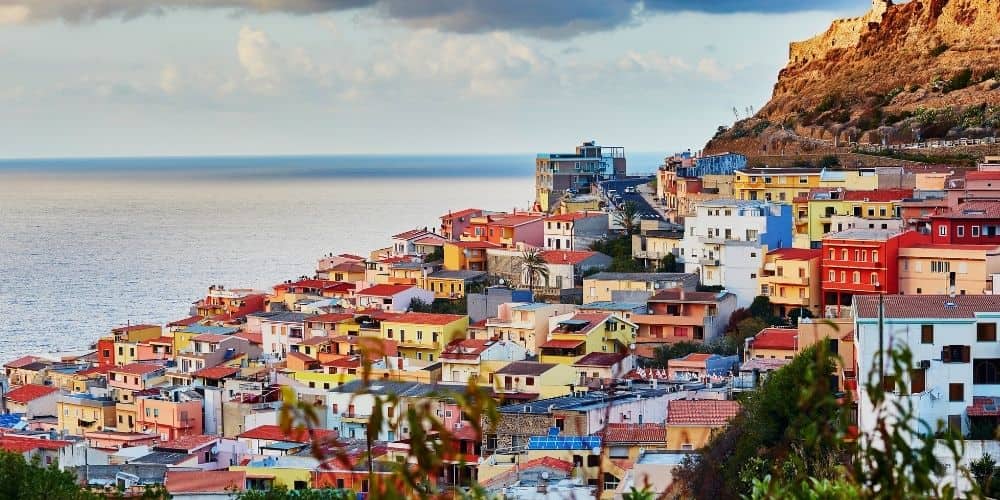 Add to the itinerary of your next trip to Sardinia an excursion to Anglona and Romangia, historic hilly regions in the north of the island. Anglona, a land of plateaus overlooking the Gulf of Asinara, is dotted with sites of cultural interest such as the Malaspina castle in Osilo, the Gothic co-cathedral of Sant'Antonio Abate and the Doria castle in Castelsardo, and many remains of the Nuragic civilisation. Romangia lies near the ancient Roman colony in Sardinia, Turris Libisonis (today's Porto Torres). This land of hills, vineyards and olive groves is one of the oldest terroirs in Italy. The region also includes Sorso and Sennori, two towns famous for their wines (they produce the sweet Moscato di Sorso-Sennori). Not only in summer: think of Anlgona and Romangia also as a destination for a trip in autumn. Between October and November, you will find a network of events dedicated to culture and fun: meetings, games, music and street food. These appointments are part of the festival entitled Autunno in Anglona e Romangia, which promotes tourism during the offseason.

4. A journey back in time to Usini, the town of wine 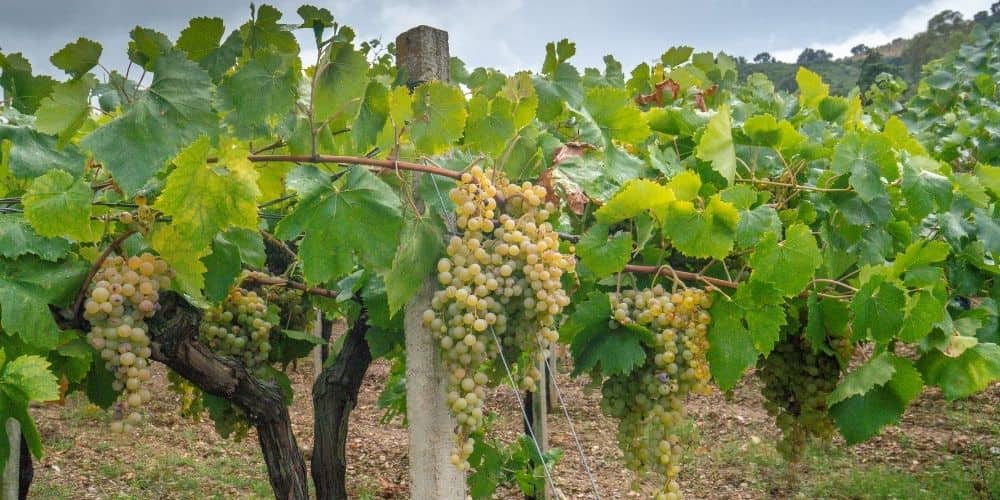 You can't come to Sardinia without sipping some excellent wine. Usini, a medieval agricultural town in the Sassari province, is a production hub of grape varieties such as Vermentino and Cagnulari. As you stroll through the village, you will notice spectacular murals celebrating Usini's farming and culinary legacy, depicting the grape harvest and the preparation of andarinos, the traditional local pasta. The town and its surroundings offer many points of interest, with historic houses (Casa del Pievano, Su Magasinu' e Su Fattore, Casa Derosas, Casa Diaz), museums, ancient churches (Santa Maria Bambina, Santa Croce, San Giorgio di Oleastreto), and an archaeological site (the Necropolis of S'Elighe Entosu). When the wine is almost ripe, you may attend an event that rediscovers the culinary, cultural, and folk traditions of the Usini area. Ajo' a ippuntare -- this is the name of the festival -- is an excellent opportunity not only to taste the area's renowned wines but also to learn more about these fascinating places. Guided tours, exhibitions, concerts, and workshops take place during the celebration, traditionally scheduled on the second Saturday of December.

3. A trip through history and music to Alghero

A magnificent town with a Spanish atmosphere (also known as Little Barcelona), Alghero is an ancient medieval stronghold in north-western Sardinia. A popular summer resort, it boasts one of the best-preserved historic centres of Sardinia. Here, the Catalan-Aragonese imprint (Alghero was for centuries a Spanish colony) is still strongly evident. A great way to explore the area is on foot. Stroll along the 16th-century gilded city walls or wander through its winding alleyways, squares, and historic buildings. During summertime, the centre comes alive with numerous cultural exhibitions and live shows. JazzAlguer is a festival involving national and international artists in 15 concerts around the most iconic locations in town. Alghero is also one of the stages of the Musica sulle Bocche Festival, one of Europe's most famous shows. It is an unmissable (and eco-sustainable) event that takes quality music to places with relevant landscape and historical features. In October, the town hosts the Festival of Itinerant Tourism, which fosters a direct relationship between travellers and local territory. The programme includes a full calendar of cultural, sporting, and educational activities and initiatives to promote local products, food, and wine.

2. Explore the explosive nature in Gallura

In the northeastern part of Sardinia, Gallura includes 21 municipalities in the Sassari province and boasts some of the world's most famous and seductive coastlines. It ranges from the headline coves and inlets of Costa Smeralda to the wilder archipelago of La Maddalena and the white beaches of San Teodoro. Heading inland, you will discover a definitely different landscape, more rugged and rural. Here, amidst dense oak forests, Vermentino vineyards, ancient and tiny villages, mysterious Nuragic sites (and lots of sheep too), you will meet an authentic and genuine Sardinia that is far from its best-known glossy image. Take a visit to the nuraghes around Arzachena, stroll among the millennial olive trees in Luras, stop in Tempio Pausania, and from here set off on an excursion to the nearby countryside or a trek up Mount Limbara. We recommend the Festa della Montagna (Mountain Festival), held on Monte Limbara on the 14th and 15th August. It will be the perfect opportunity to immerse yourself in Gallura culture, with tasty dishes, local handicraft stands, folklore events, and dancing. 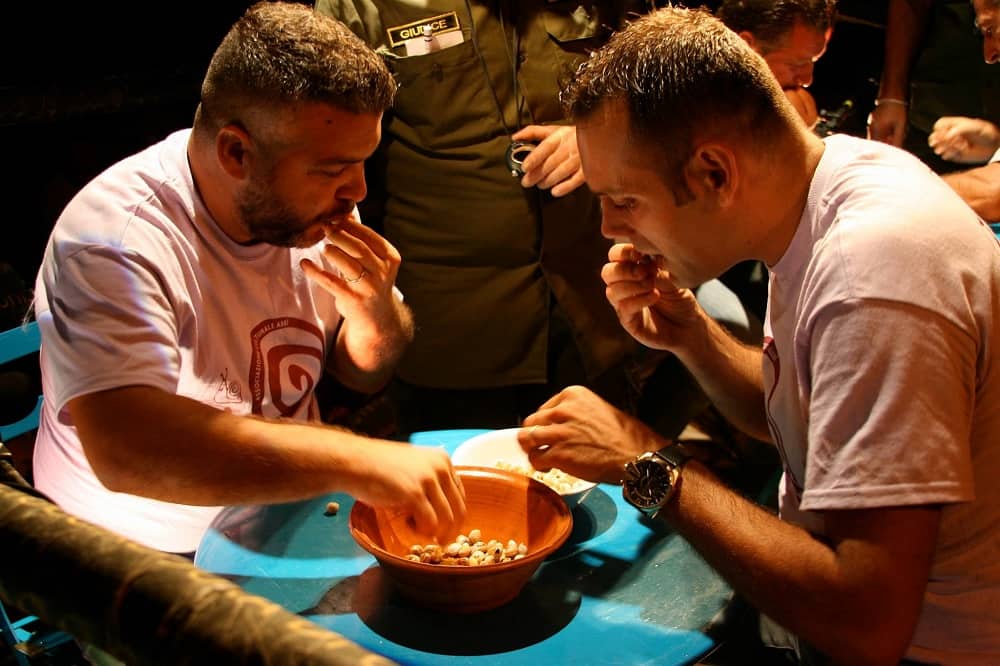 A cultured city populated by sites of great interest, Sassari is a pleasant destination to discover all year round. Corso Vittorio Emanuele II is the main street of the old town and ideally halves the city. The traditional commercial district develops in the northern part, while the main religious buildings stand south. The scenic Piazza Italia is the largest in Sassari (it stretches on a one-hectare area), while Piazza Tola is the ancient medieval core. Here stands one of the island's first Renaissance buildings, Palazzo d'Usini. Don't miss the imposing Cathedral of San Nicola, the monumental Church of Santa Caterina, and the Church of Santa Maria di Betlem. Wander through the narrow streets of the historic centre and reach the Fontana al Rosello, an imposing marble fountain just outside the city walls. As for food, it will be a pleasure to discover the tastes of the local cuisine. Among the specialities is fainè, a Sardinian farinata made from chickpea flour. If you want to delve into the gastronomic universe of Sassari, then the Weekend dei Gusti is something you should not miss. The event is about the food and wine excellence of the Sassari territory, and it develops in taste routes through the alleys, streets and squares of the city centre. The 2021 edition is scheduled from 16 to 18 September. We also point out an unusual event that will arouse your curiosity: the Ciogghitta d'Oro, a lively popular competition consisting of a characteristic snail-sucking contest.

Many of North Sardinia's cultural events are developed thanks to the Sassari Chamber of Commerce, which, through its Salude & Trigu programme, promotes the rich heritage and traditions of the area. The project creates new development opportunities for local businesses through an innovative plan that enhance and improve traditional events and tourism entertainment.