"Zitti e Buoni" Måneskin reached another milestone and won Best Rock Band of the Year at the MTV EMA 2021.

The Måneskin triumphed at the MTV Europe Music Awards held in Budapest, Hungary.

So we too have to say, "Mammamia, these Måneskin are making our dream!".

They are the Best Rock Band of the Year. For the first time, an Italian band has won this award at the MTV EMA 2021. Competing with them were international groups such as Coldplay, Foo Fighters, Imagine Dragons, Kings of Leon and The Killers.

The Måneskin collect the umpteenth first time for Italy, and the pride is excellent!

It is the first Italian success in one of the international categories in the history of the EMAs. No artist from our country had managed to get this far, not even to the nominations.

They ask me why I'm so hot, 'cause I'm Italiano 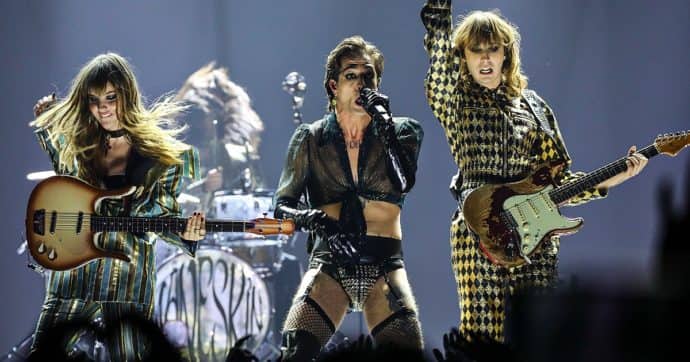 In addition to their music, Måneskin's look for the evening also mesmerised the audience and jury. It was a provocative look full of historical references.

They appeared on stage in black and gold, with frontman Damiano in shiny leather briefs, boots and garters. An apparent reference and homage to the musical Rocky Horror Picture Show.

But their look is also a clear signal in support of freedom of expression and battles for LGBTQ+ rights.

Even during this last performance, the Måneskin have the grit to spare and convey their passion for music. Their songs have reached the ears of the general public, leading to talk about our country everywhere!

The Måneskin ignited the audience at the brand new Papp László Budapest Sportarén with their latest single song, 'Mammamia'. On the stage wall, a giant sign with the song's title from which fireworks then exploded.

Italy has won everything this year...

During their award ceremony, Måneskin said, "This year our country has won everything except civil rights," referring to the rejection of the Zan DDL. "This year, in particular, we have to be proud of our country for the results achieved not only by us but by so many sportsmen and cultural figures."

"Many people told us that we would not make it with music, but we always believed in it". It is what they said on receiving their award.

These four guys should be taken as an example, especially for the world to come!

Who are the Måneskin? 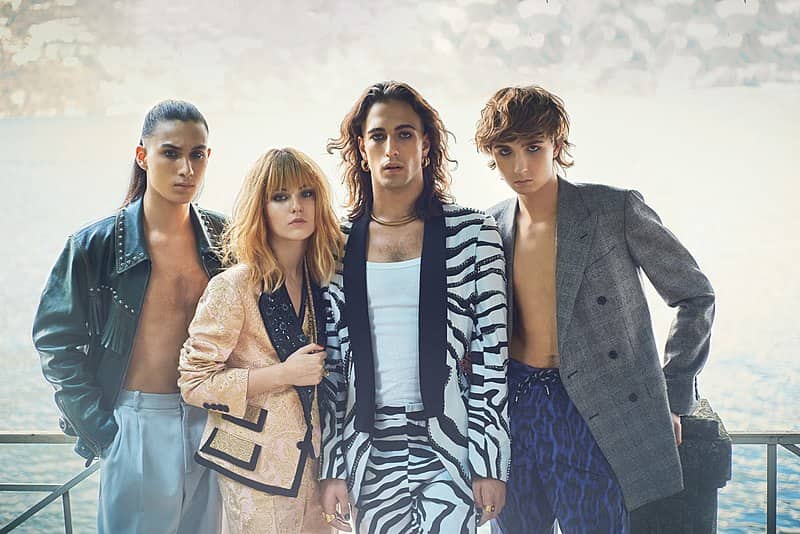 In Italy, they achieved notoriety in 2017: when they won second place at the 11th edition of X-Factor. They signed a contract with Sony Music and released their first EP, "Chosen", in the same year.

Throughout their career, Måneskin's musical style has been defined in different ways: pop-rock, alternative rock, glam rock, hard rock. According to Damiano (the frontman): "the band is a translation of the music of the past into modernity".

For their look and sound, they have much compared to that of 70s rock music. This aspect, combined with their young age (class of 1999 - 2000), makes them interesting for any age group that has grown up with a love of rock music.

The Måneskin on the Top of the World 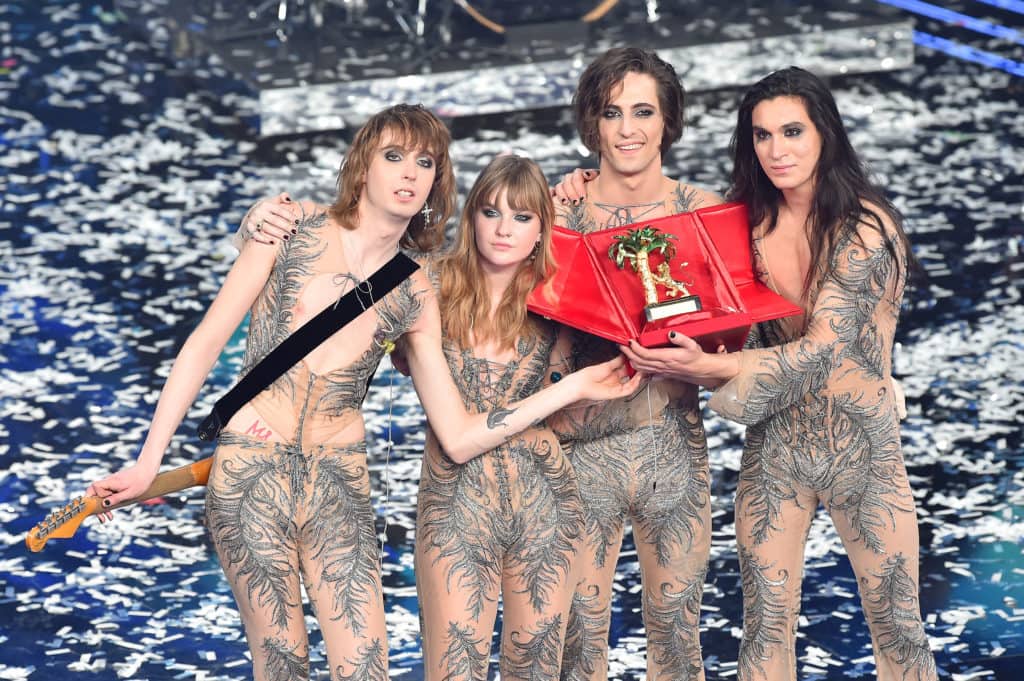 It all started with their victory at Eurovision 2021 with their song 'Zitti e Buoni', which had previously won the Sanremo Festival. It was also an unexpected victory, considering the traditional canons of Italian music.

After their European victory, the Måneskin entered the weekly music charts all over Europe and beyond, including the global charts of Spotify and Billboard.

At some point, even the holy monsters of rock music noticed them. Iggy Pop wanted to sing their single "I Wanna Be Your Slave" with them; the Rolling Stones wanted them to open their concert in Los Angeles.

They also appear as guests on international TV shows such as Jimmy Fallon's Tonight Show and The Ellen DeGeneres Show.

Truly one satisfaction after another that is making all of us Italians dream along with them!