Why do people in Italy live longer? Here are the moves to copy from those who know a lot about living long.

Imagine going to sleep and waking up the morning after as... Italians. What would your life be like? Probably, long.

Italy is among the countries in Europe where people live the longest, with a life expectancy above the EU average. The secret? First and foremost, genetics, but not only.

There are many factors that, like the pieces of a jigsaw puzzle, combined together have led to the constant increase in the life expectancy of Italians. The proof is the high number of people above 85 years of age and even centenarians.

We were inspired by the places in Italy where people live the longest and found that some healthy habits are easily replicable by everyone. Find out which ones. 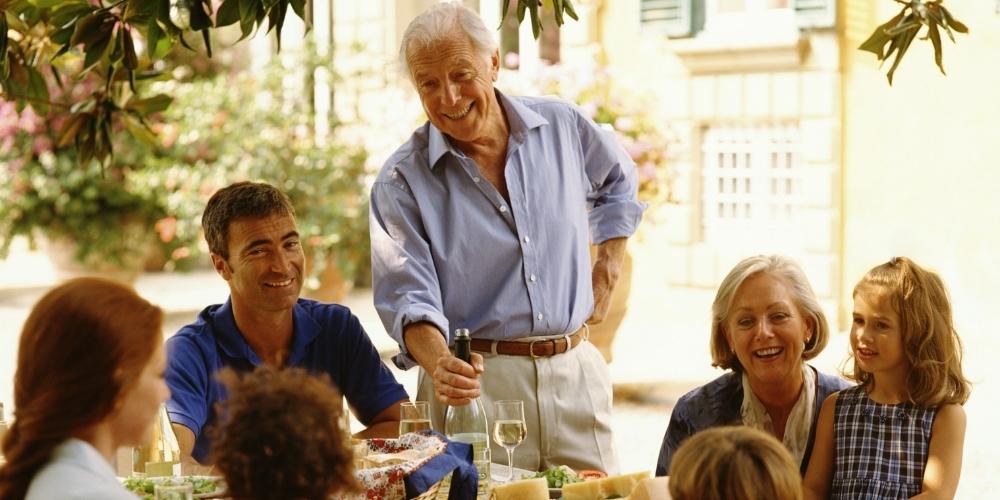 Our small decalogue on longevity starts in Sardinia, in a portion of the island that scientists identify as Blue Zone, an area with a significantly high number of centenarians.

Okinawa (Japan), Nicoya (Costa Rica), Icaria (Greece) and Loma Linda (California) are all long-lived communities recognised as Blue Zones. Representing Italy, there are the Sardinian towns of Ogliastra and Barbagia districts, with a high number of people who have already blown out their hundred candles.

Scholars believe that this phenomenon is due to a constellation of factors, not only genetic. This is where lifestyle comes into play: a set of practices aimed at a happy, active and inclusive existence. Social relations also seem to be surprisingly decisive when it comes to longevity.

Here people, even when very old, continue to be an integral part of the community and participate in social life. Family ties, in particular, are absolutely solid; there is no room for loneliness or even absolute rest.

Gardening, looking after grandchildren, and cooking are all activities taken very seriously by Sardinian nonni, who continue to have as much weight in the family dynamics as their children and grandchildren. Being together and being useful at all ages: could this be one of the secrets to a long life?

There is one image that sums up the Italian way of life more than any other: a table surrounded by people. It's a bit of a cliché, but a good one: a meal with friends is undoubtedly one of the cornerstones of the made-in-Italy sociability and, on closer inspection, one of the many aspects to take into account when talking about longevity.

The Italian lifestyle is practically an export brand. It's not easy to be precise when talking about it because Italy is a complex reality, which from north to south, passing through the centre and the islands, takes on very different forms and characters. Anyway, there are constants.

Italians are famous for celebrating every aspect of life, from the time spent with family and friends to good food. A glass of wine shared with someone you love is like medicine against sadness, and beauty, even if not as blatant and brazen as in an arts city, is always at hand wherever you are; you just have to know how to look for it.

The pace of Italian life is slow, or at least not always a frenetic one. Spare time should be savoured and valued, whether it is a lunch break or a romantic weekend. Italians try to make the most of life's little pleasures and stay in the present moment. This gentle form of mindfulness is essential to keep stress at bay.

This relative slowness also proves to be healthy, and although times have changed, and especially the big cities experience the frenzy of any other metropolis of the world, the most ingrained habits, especially the good ones, die hard. The general advice is to take it easy.

As the renowned medical journal Lancet points out, eating habits play a key role when it comes to Italians and longevity. A large part of the population can easily bring fresh and healthy food to the table, regardless of social status and income. This is what makes the difference.

The virtuous lifestyle to be copied is that dictated by the Mediterranean diet, the flagship of the Italian food culture.

Everyone can approach Mediterranean eating precisely because of its simplicity: it's a system within reach of all budgets, with a menu that sees the prevalence of fresh seasonal fruit and vegetables, preferably whole grains, legumes and extra virgin olive oil.

Following such a diet, together with a healthy lifestyle, means protecting oneself from the onset of insidious diseases such as type 2 diabetes, obesity and cardiovascular problems. Benefits are proven by decades of studies which led to the recognition of the Mediterranean diet as a UNESCO Intangible World Heritage in 2010.

The symbolic place in Italy, the one that more than others has linked its identity to it, is Cilento, which holds the secrets to a long life. It was here, in the 1950s, that the American scientist Ancel Keys began to study the link between longevity and the goodness of local people's eating habits.

His Seven Countries Study compared the United States, Italy, Finland, Greece, Yugoslavia, Netherlands and Japan in terms of their respective diets to investigate what impact they had on health. Keys came to the conclusion that Mediterranean habits were - and remain - the most favourable for combating the incidence of cardiovascular disease.

The Cilento, Vallo di Diano and Alburni National Park is in charge of promoting the lifestyle model represented by the Mediterranean diet and that in this area is first and foremost a strong symbol of territorial and cultural identity before being a formidable prevention tool. 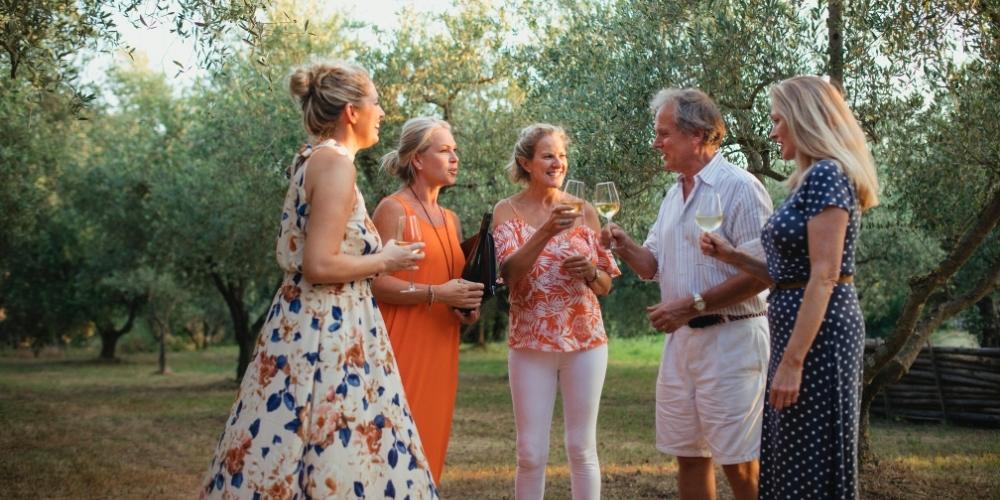 According to statistics, Italy is among the European countries where the least alcohol is consumed and one of the places with the fewest alcohol-related problems.

The absolute favourite beverage? Wine, and it could not be otherwise. The drink par excellence that accompanies Italians' lunches, aperitifs and dinners boasts a thousand-year-old fascination. Wine has always represented history, culture and pleasure.

In moderate quantities, it has favourable effects on the prevention of cardiovascular diseases, especially in the elderly. One glass for women, and two for men, are the daily quantities not to be exceeded and, in general, normally integrated into the population's diet.

Let's go back to Sardinia for a moment. The local Cannonau wine is particularly rich in polyphenols. The region's legendary centenarians apparently drink it everyday. It is produced from the Grenache grape variety and contains far more antioxidants than other red wines.

In village bars, you recognise it because it is stored in unlabelled bottles, produced in nearby vineyards by local farmers, and served in not very large glasses, almost like a coffee to offer to a friend. 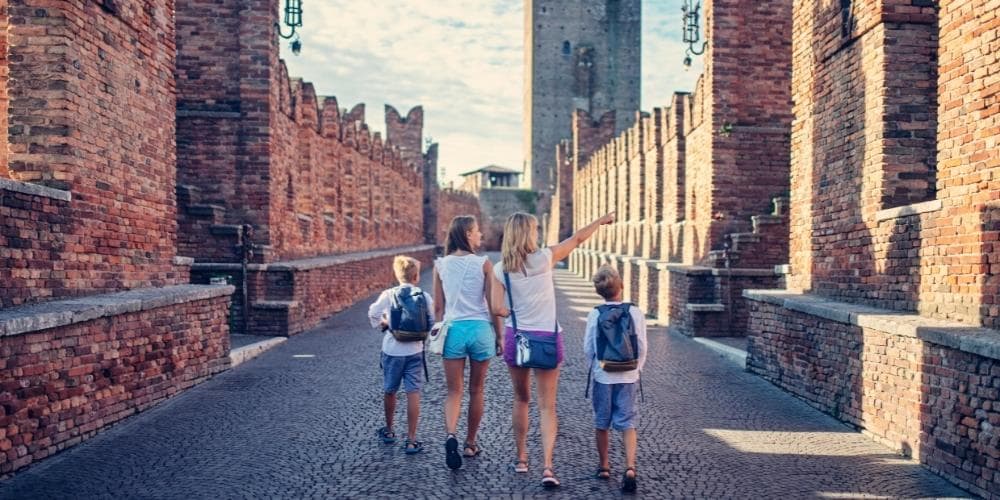 Italian cities invite people to walk. Partly because of the urban conformation, habits or climate, walking is the favourite physical activity of Italians who, sometimes out of necessity and sometimes for pleasure, spend a good part of their day outdoors.

In some areas, it is practically unavoidable to do so. Think of the many small towns full of stairs and alleyways just wide enough for one person at a time to pass.

Keeping fit beyond the gym is a real boon. Many Italians walk to work, stopping for a coffee and brioche at a café counter before heading to the office. Those who live in the most bike-friendly cities prefer to opt for the bicycle or scooter, ecological and definitely healthier alternatives to the car.

Getting active is an essential part of the day and free time. Going out for a passeggiata is in itself a leisure activity. You go shopping or out for an ice cream cone and meet friends to stop for a chat as you walk along another stretch of road together. Movement as a lifestyle.