In January, two magic events light up the sky in Puglia: follow us in a trip between bonfires, gastronomy and ancient traditions.

Puglia: a sharp-sounding word, like a slap in the face, for wonderful land to explore.

Visiting Apulia, the "heel of Italy", is an experience involving all five senses.

A welcoming land with its distinctive color palette. The blinding white of the whitewashed villages and the red of the sun-dried tomatoes on the farm terraces. The green of the olive trees, the yellow of the wheat fields and the blue of the Mediterranean sea.

It is a mix of traditions, flavours and smells. Two of the most interesting ancient traditions happens on the so-called "days of fire": the spectacular Fanòve of Castellana Grotte (near Bari) and the Focara of Novoli (Lecce).

The two bonfires happen in January, showing to the world all the warmth that this land is able to share to the hearts of local devotees and visiting tourists.

The audience gets fascinated by the atmosphere of these two magic nights, whose origin is deeply rooted in the Apulian religious traditions.

The ritual is repeated every year: we'll show you the traditional Apulian bonfires. 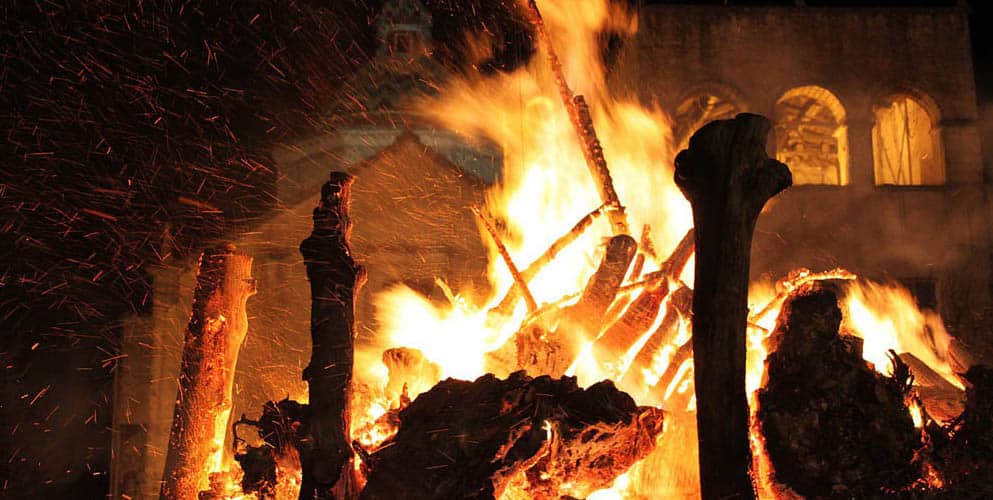 The Festa delle Fanòve (the "Fanove Bonfire") is a bonfire lightning up the night-sky of Castellana Grotte, a village near Bari. It is a tradition deeply felt by the locals and appreciated by visiting tourists.

The Fanòve are piles of wood of various sizes, burning throughout the city to recall the miracle granted by the Holy Mary of Vetrana, who saved the village of Castellana from the plague in 1961.

Every year, on the night of January 11th, the organisers light up almost 100 bonfires in every corner of the city, creating a cheerful and evocative atmosphere. Bands play popular songs and food stalls present the extraordinary Apulian gastronomy.

Among the local delicacies to try, we recommend the roasted fava beans and the taralli: this traditional snack is twist of breadstick, discover its origin and secrets in our article. 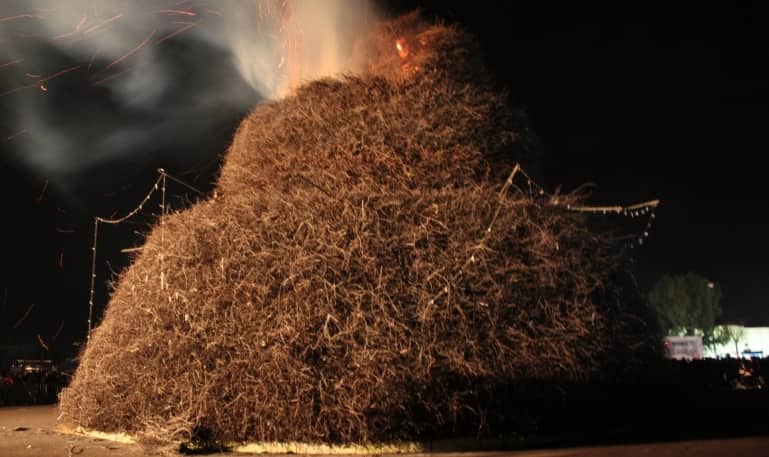 Five days later, on January 16, don't miss the largest bonfire in the Mediterranean in village of Novoli: the locals call it the Focara.

The Focara is an imposing pile made of vineyards trimmings and cuttings, the leftovers of the September harvest, reaching up to 25 metres of height. The organisers also put religious symbols on the top of the bundles, as the rite is repeated yearly for the feast honouring Saint Anthony.

In the early evening of January 16, thousands of visitors gather to see the organisers set the Focara on fire. A spectacular and colourful moment with fireworks, music and stalls with traditional foods. The fire remains lit all night to be consumed in the cold of January, creating an evocative and romantic atmosphere.

The preparation of this huge bonfire takes weeks of work and engages dozens local farmers: they collect all necessary vineyard trimmings to kick start this gigantic wood volcano, a very singular rite indeed.

The men of the village place the bundles using a method never completely revealed, handed down from generation to generation. A human chain is formed using long ladders, passing the cuttings and the decorations by hand.

If you are in Apulia, we also suggest a visit to the beautiful Lecce with its baroque churches and Roman theatres.