Taralli are a symbol of Apulian gastronomy. This versatile snack can be eaten at any time of the day, sweet or savory, plain or flavored. The best place to eat it? Palo del Colle, a town near Bari where tarallo continues to be prepared according to the traditional recipe

Taralli are an unmissable food on the Apulian tables. It is a baked product with an unmistakable ring shape to be enjoyed at any time of the day. They are an excellent aperitif when accompanied by a glass of local red wine or a delicious snack for a break. They can be eaten alone (very carefully because they are "uno tira l’altro: one pulls the other") or combined with olives, meats and cheeses. But how is this inviting food born?

The history of taralli 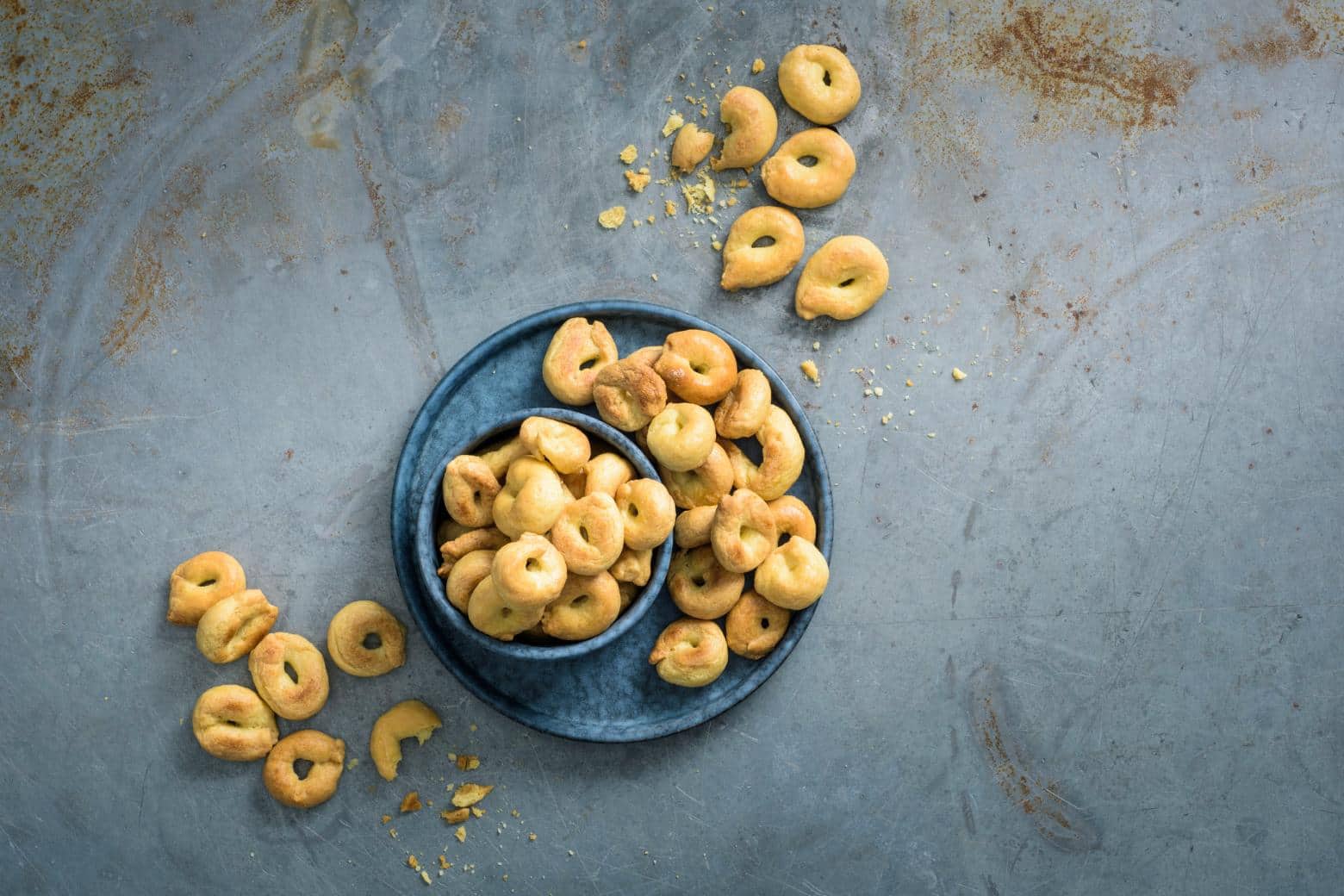 The origin of the taralli recipe goes back to 1400. Legend has it that the first tarallo was kneaded by a mother who, having nothing to feed her children, tried to work what she had in her pantry: flour, extra virgin olive oil of olive, salt, white wine. The dough was subsequently flattened into two thin strips, giving them the appearance of a ring which, after rising, was baked in the oven.

Over time, the recipe was perfected: the tarallo in addition to being baked in the oven, to give it that characteristic smoked aftertaste, was also boiled, so as to boil it and make it more crunchy and crumbly; spices were also added to flavor it.

The origins of its name are still uncertain: some think it may come from the Latin "torre" which means toast, others argue that it owes its name to the Italian "tar" together with the franc "danal" which in the past indicated rolled bread . There are those who even claim that the name derives from the French "toral" which stands for dryer. But the most accredited hypotheses are those that attribute the etymology to the Greek "daratos", that is "kind of bread". Taralli are now produced not only on an artisanal level, but also by semi-industrial production and large distribution chains. 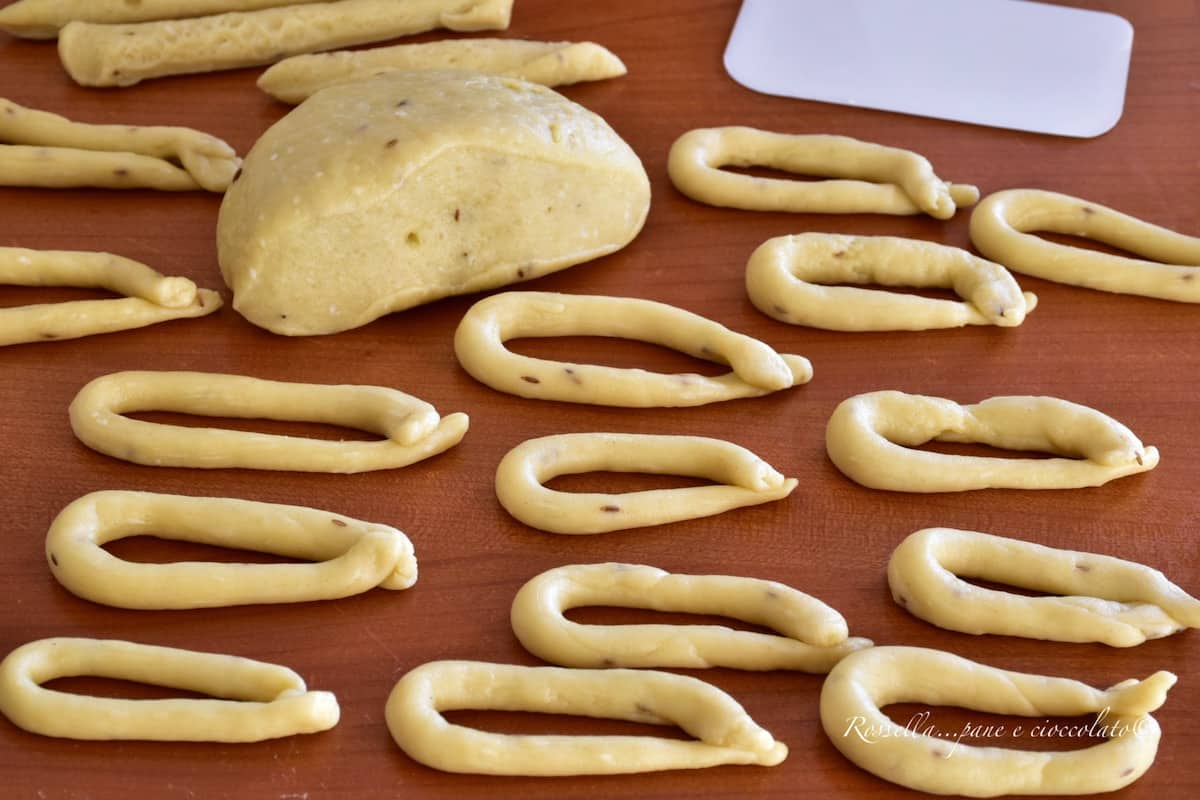 The recipe is very simple. In its dough we find only flour, white wine, extra virgin olive oil and salt.

After mixing all the ingredients and obtaining an elastic dough, it is necessary to obtain sticks of about 1 cm in diameter and 8 cm in length which will then be folded to form a ring, with the two overlapping ends. At this point we proceed with two cooking processes: first they are boiled in boiling water and oil until they resurface and then they are baked for half an hour, until they are golden brown. This double cooking allows to obtain the typical crunchiness and fragrance that makes them so good.

Taralli can be flavored to your liking based on tastes or desires for experimentation: onion, chilli, olives, fennel seeds, pumpkin, poppy seeds, dried tomatoes and much more. Not to mention the new fashions that combine them with oriental flavors such as turmeric and curry or paprika. There are also sweet variants, coated with sugar or glazed. 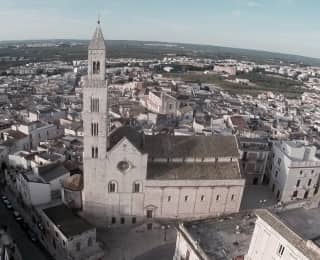 Few people know that the real town of tarallo is hidden in Puglia. Palo del Colle is a medieval village 15 kilometers from the capital where local ovens continue to produce taralli with the traditional recipe.

If you want to stock up on this delicious snack, this is the place to go and why not? Take advantage of the opportunity to visit the pretty town. Piazza Santa Croce, from the top of the hill, dominates the town, in the heart of the medieval core. The square is framed by ancient noble residences and very old churches, from Palazzo Filomarino, built on a thirteenth-century fortification, to the Baroque Church of Purgatory up to the late Romanesque cathedral dedicated to Santa Maria della Porta with its very high fourteenth-century bell tower, 49 meters high commonly called "Spione: the spy" because it observes, from above, all the surrounding area.

Walking through the alleys you can smell the unmistakable scent of freshly baked taralli from the many bakeries or grandmothers anchored in tradition.

Like many Italian gastronomic products, despite their “poor” origins, taralli preserve incredible traditions and flavors. They have been so successful in Italy and abroad that they have acquired the PAT denomination, Traditional Italian Agri-food Product. So we just have to take a trip to Puglia and stock up on this simple delicacy!