History of Pizzica Salentina: between dance and magic

Dance, magic, music, joy, love, liberation: if you asked a Salentinian what the pizzica means, he would respond with these words. Pizzica (pinch) is the famous popular dance spread throughout Salento, the heel of Italy, and has ancient origins. In recent years it has been exported and known thanks to the Night of the Taranta held in late August in Melpignano. Although the pandemic from Covid-19 prevents us from coming together and dancing together, you can still learn a little more and learn the steps of this wonderful and engaging dance.

Pizzica from the origins to Christianity 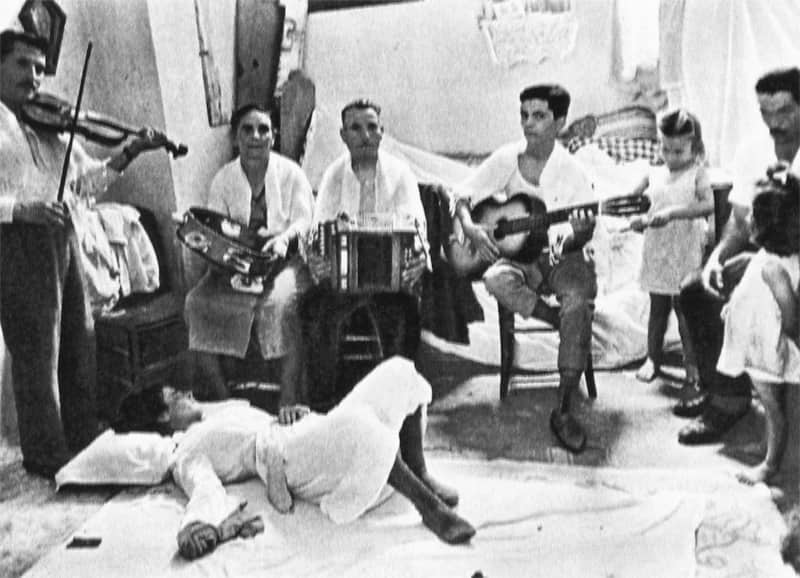 The pizzica salentina belongs in general to the tarantellas, the typical popular dances of Southern Italy. It is very likely that its origin dates back to the pagan rites in honor of Dionysus at the time of Greek colonization, with songs and wild dances. With the advent of Christianity Dionysus was replaced by Saint Paul, the holy healer who is often invoked in the songs that accompany the dances and by the music produced by the violin, the accordion, the guitar and the inevitable tambourine.

The Pizzica and the Taranta (the tarantula) But healing from what? According to popular belief, from the bite of the "taranta", the tarantula, which would lead those who were hit to an altered state. The "victim", almost always a woman, is healed thanks to the music of the rhythm and the chanting in which the Saint is invoked, as in this text: [...] And please Saint Paul make her heal/because the tarantula pinched her/If you see that she moves her foot/that’s the sign that she wants to dance/let her dance because it’s "taranturated"/that she carries the tarantula under her foot".

Pizzica: a dance of challenge, love and community

From a propitiatory ritual to the health of the individual person, the pizzica has then become a heritage of peasant culture, and from there the entire Salento community. It can often happen to find people who dance the pizzica at village festivals, concerts and even at weddings. In fact, there are different types of pizzica, danced only by men, as a symbolic challenge, or in pairs, with choreographies that represent the courtship: the woman, in fact, during the dance, shakes a red handkerchief, symbol of love, used to invite the chosen partner. In recent years, also thanks to music festivals, the pizzica has become a moment of aggregation, in which all the participants are overwhelmed by the cheerful rhythm. But how can you dance the pizzica? Alternating your feet in small jumps forward, turning in circles, moving your hands according to precise gestures. Try to find the pizzica on Youtube and go wild with this cheerful and liberating dance.