A charming and unknown corner in Salento, in Puglia, small towns keep their ancient Byzantine identity. These towns are part of what is known as Grecia Salentina.

It's already known that Southern Italy was a time an ancient Greeks colony, the so-called Magna Grecia. But maybe not everybody knows that in the heart of Salento, in Puglia, there is a community called "Grecìa Salentina", so called in this way because its inhabitants still retains Hellenic customs and customs, in particular the language, inherited in particular in the Byzantine era. 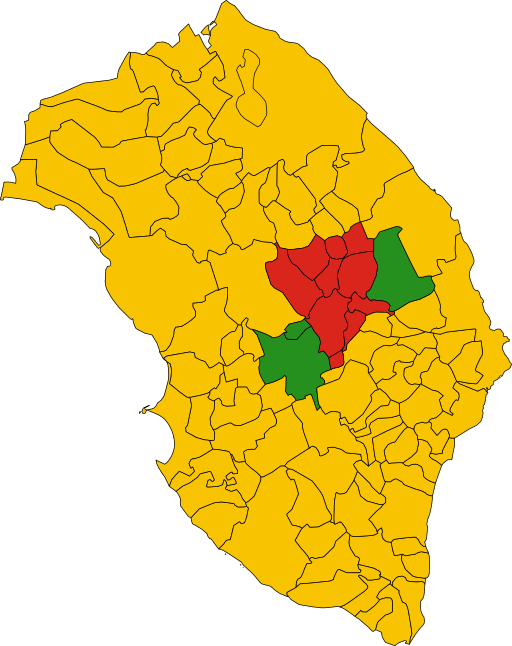 The Grecìa (with the accent on i) Salentina consists of 12 towns located in the heart of the Salento. They are Calimera, Carpignano Salentino, Castrignano de' Greci, Corigliano d'Otranto, Cutrofiano, Martano, Martignano, Melpignano, Sogliano Cavour, Soleto, Sternatia, Zollino. The language spoken in most of these municipalities is griko, a Neo Greek dialect, practiced mostly by the elderly. The griko is a cultural heritage left by the Greeks first and then by the Byzantines, emigrated to Salento because of the strong penetration of the Normans in southern Italy. While these, along with the later Swabian conquerors, Angevins, Aragonese and Spaniards were Catholics, the Byzantines still practiced the Greek Orthodox religion. Since the 90s these small villages have come together in a consortium to preserve and promote the language, culture and traditions of their ancestors, and, though laboriously, try to carry them out with honor.

The ideal itinerary to visit the towns of Grecìa Salentina, starting from Lecce, follows the road towards Maglie. The first town you will find is Sternatia, where you can admire the Granafei Palace and the ancient Crypt of San Sebastiano, with paintings from the 12th century. Soleto is known for its ancient walls from the Messapian era, the medieval old town and the Spire of Raimondello, a bell-tower without a bell, finely decorated in the Gothic style. In Zollino you can admire many medieval and baroque churches, including the Mother Church, the Church of San Vito and the Church of San Lorenzo. Martano, one of the towns with the strongest Hellenephon influence, boasts a beautiful old town with an Aragonese castle of the fifteenth century, the two towers and the walls with the moat. Arriving in Martignano, you will be welcomed by the Parish Church, the Clock Tower and the Bell Tower, and the curious Pozzelle Park, so called because of the numerous wells once used for water supply. Calimera (which in Greek means "good morning") preserves of the Byzantine period a small church dedicated to Our Lady of Constantinople. Passing by Castrignano dei Greci, Byzantine city of the sixth century, visit the Castle of Gualtieri, sixteenth century. Going even further down we meet Melpignano, known mostly for the Night of the Taranta that takes place in late August; we recommend the Piazza San Giorgio with the Agostinian Convent. Moreover, Corigliano d'Otranto preserves the beautiful Castello dei Monti, with four towers, and the moat that protected it. The castle dates back to 1465 and was further embellished in the Baroque period. In Carpignano Salentino, in addition to the Renaissance churches and the beautiful noble palaces, there is an ancient menhir dating back to the Neolithic age. In Sogliano Cavour do not miss the cloister of the Augustinian Monastery, while Cutrofiano absolutely worth seeing are the Matrix Church, the Crypt of San Giovanni and the Fossil Park, so called for the presence of numerous fossils of marine origin, perfectly preserved. So if you are in Salento, try this unusual itinerary, rich of history and emotions.

You are not a stranger in Calimera