10 Italian luxury food that you should taste and where

What is it about Italian food that makes people so thrilled? Here are ten — luxurious — reasons why.

Italy's food at its best: have a quick reminder of the most lavish, delectable, luxurious ingredients of Italian cuisine.

As you scroll through the ingredients we have rolled up, you will come across products you probably know about but have not yet had the chance to try. We invite you to do so as soon as you have the opportunity. We promise not all of them are prohibitively expensive. The luxury we want to tell is not all about the price, it has something to do with care and emotions. And our number one is the proof.

Modena, a city of art, music, and tastes, is always a good choice when it comes to food. The city's gastronomy does not disappoint those who rightly expect this Emilian city to be a mine of precious flavours: fresh pasta, stuffed or not, cotechino, prosciutto, tigelle (a local type of bread), fried gnocchi (popular street food). And then there is vinegar, a true institution.

9. Italian cheese you may not know yet 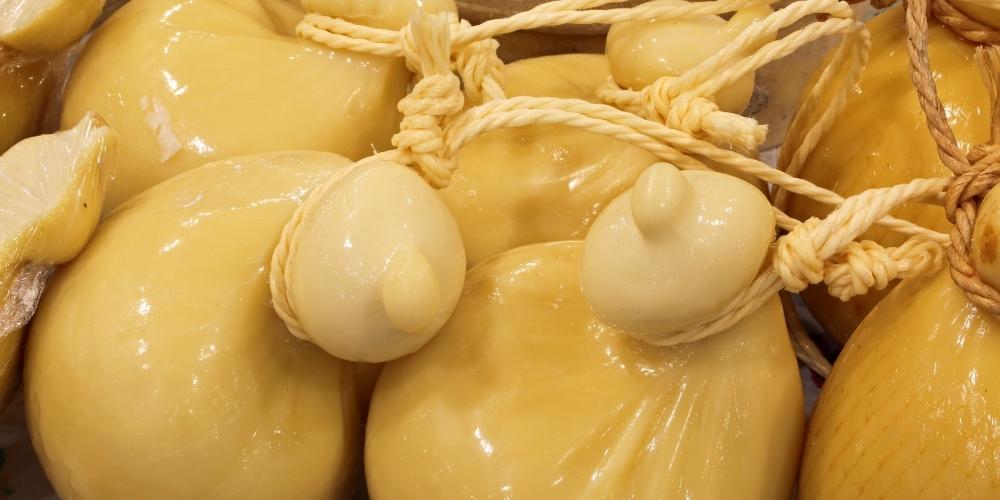 Some of the most valuable and expensive cheeses in the world are produced in Italy. Here are some examples. Bitto Storico is a rare cheese that can be aged for up to ten years. It is valued at 300 euros per kilo and produced between June and September in alpine pastures from the milk of raw cow and Orobica goat, an endangered breed protected by the Slow Food Presidium.

Another noble cheese is Caciocavallo Podolico, a speciality produced mainly in Abruzzo, Basilicata, Calabria, Campania, Molise and Puglia. Caciobufala, with its peculiar long and rounded shape, is made from the milk of buffaloes from the Piana del Sele, near Salerno. To taste its sweet and delicate flavour, you have to pay around 90 euros per kilo.

The first olive oil to have gained the protected designation of origin (PDO) is from Brisighella, a medieval fairytale village in Valle del Lamone, in the heart of the Romagna Apennines. Perhaps not a place one would instinctively think of as ideal for the proliferation of olive trees. But the particular conformation of the land and a surprisingly favourable climate have made this part of Emilia Romagna an oasis for the production of extraordinary oil.

The area's oil tradition dates back thousands of years, as evidenced by an ancient oil mill from Roman times. The Brisighella Extra Virgin is rigorously cold-pressed and comprises 90% of Nostrana di Brisighella olives, while the remaining 10% is made from other native varieties.

You can recognise it by its branding, a five-pointed crown, which guarantees its quality and origin. Prosciutto di Parma, one of the most appreciated Italian food in the world, requires few ingredients: pork legs of Large White, Landrace and Duroc breeds, salt, time and the climate of the Parma hills.

The long journey that leads to this sweet and delicate ham begins with the choice of well-fed pigs from selected Italian farms and goes through a long preparation marked by rigorous and perfectly cadenced processing phases. The seasoning alone can last up to three years, a time during which the scents and fragrances of the territory (confined to a very limited area) contribute to making Parma Ham a product of excellence.

Ever heard of snail caviar? It's an ingenious product from Sicily that is making its way onto the menus of fine dining restaurants. Often described as grassy and mineral in taste, this unusual food has a creamy and delicate texture that makes it suitable for use in various recipes, from fish dishes such as sushi to soups and even desserts.

Just like traditional caviar, snail caviar does not need to be cooked. The easiest way to enjoy it? On a bread crouton with a drizzle of oil. The price? Around 1,600 euros per kilo.

This ancient condiment is a descendant of the Roman Garum and is made by salting anchovies through an artisanal process handed down from generation to generation. Typical of Cetara, a small seaside town near Salerno, La colatura di alici (anchovy drippings) is the result of meticulous and elaborate work. It is a strictly manual process, so it isn't easy to find it far from the Amalfi Coast.

Like other items on this list, PDO Colatura is a Slow Food Presidium. Its flavour and aroma are very intense, you can almost taste the sea! In Cetara, there is also a museum dedicated to the precious local sauce and a festival celebrating the first tapping of the new colatura in December.

One of Italy's most valuable seafood products is the red prawn from Mazara del Vallo, a seaside town on the western tip of Sicily. Right here, in the portion of Mediterranian between Sicily and Tunisia, this delicacy is fished. Needless to say, its peculiarity is the bright, intense red colour of the carapace.

There are no farmed red shrimps, as this crustacean is only caught on the seabed at depths of two hundred to one thousand metres by trawling and frozen on ships not to alter its organoleptic properties. Its meat stands out for flavour and tenderness, and it qualifies as a remarkably versatile product selected in a first, second, third and fourth choice according to the size. 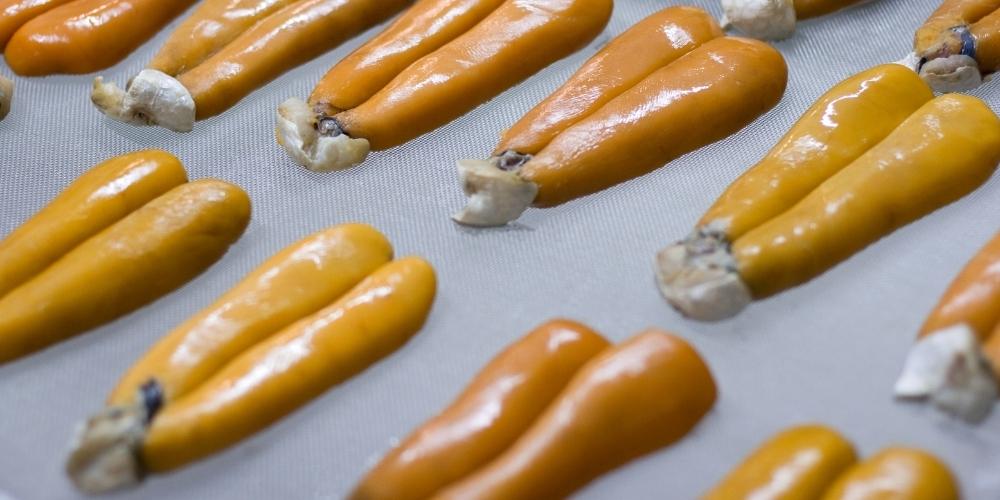 Bottarga, the caviar of the Mediterranean, is a seafood product for authentic Italian cuisine lovers, produced in Sardinia, Sicily, Tuscany, Campania and Calabria. It consists of the roe sac of tuna or mullet (more valuable) salted, pressed and seasoned for at least ninety days.

Its particularly intense flavour makes it a delicacy to be "handled with care". It is usually grated over dishes, just as you would with cheese, but bottarga fans dare to eat it in more "substantial" ways, serving it in thin slices seasoned with extra virgin olive oil or on tasty bread croutons.

It is the luxury food par excellence, one that alerts the taste buds of every connoisseur at the mere mention of its name. Just a few grams are enough to give every dish an unmistakable touch. His Majesty the truffle is a much sought-after treasure. The Alba white truffle is its noblest and rarest expression, with a price of around 4,000 euros per kilo.

What makes this mushroom that grows underground such a precious and coveted dish? The aroma, as distinctive as it is short-lived: after just a few days, that very special, penetrating, wild, earthy scent disappears. The most prized and well-known tartufi come from Alba. Indeed, the whole area of Langhe-Roero and Monferrato is an excellent point for hunting. Autumn is also a perfect time to visit the Piedmontese town, as it hosts the annual Fiera Internazionale del Tartufo Bianco d’Alba from October to December, an unmissable fair for truffle lovers.

In 18th-century Naples, pasta was the meal of the poor, the so-called lazzaroni. Even today, it is still identified as peasant food, simple both in ingredients and preparation. So why have we included pasta in this collection of Italy's most luxurious food?

First of all, the concept of luxury is more closely related to feelings and emotions than to your wallet. Sliding your fork into a steaming whirlwind of fragrant spaghetti with fresh tomato sauce is an experience that falls squarely into the democratic luxury category.

Secondly, there is no doubt that pasta can be accompanied more than willingly by fine and expensive foods, from truffle to lobster. After all, it wasn't just beggars who were fond of macaroni in 18th-century Naples, but sovereigns too (have a look at our article about pasta to find more about this and other interesting facts).