World pasta day: history and curiosity about a symbol of the Mediterranean diet

The 21st edition of World Pasta Day celebrates the most iconic Italian dish on 25 October.

A symbol of conviviality, taste and Italianness, pasta is the great protagonist of the Mediterranean diet and one of the world's most popular and loved dishes. Since 1998, a day of celebrations has been entirely dedicated to supporting and revealing its extraordinary health and tasty characteristics. The event is promoted by Unione Italiana Food and IPO - International Pasta Organization. More than just a simple dish, pasta is a true language spoken worldwide. Throughout the centuries, it has independently developed both in Asia (see the Chinese noodles) and in the Mediterranean area. Undoubtedly, the association with Italy in Western culture is so evident that it has become an icon of “the boot”. As is often the case with such products, anecdotes abound. Did you know that pasta has not always been a first course? And that the BBC made a memorable April Fool's joke out of it? Read on; we are going to reveal these and other interesting facts. 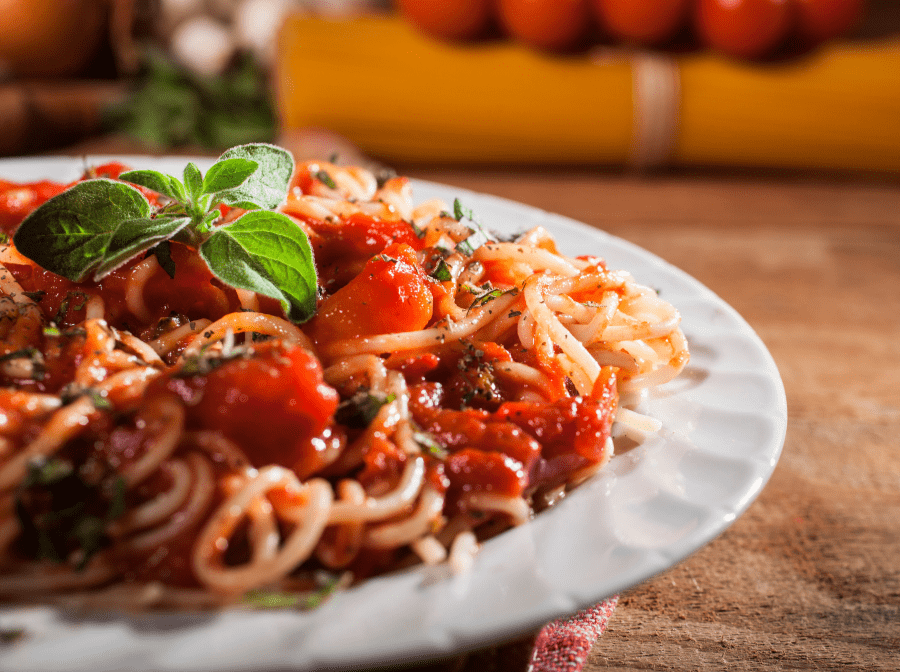 No, it wasn't Marco Polo who brought pasta to Italy for the first time. This legend has been circulating since the first half of the 1900s: the Macaroni Journal (a magazine of the National Pasta Association in the USA) drew it up and published it for the first time in 1929. Although far-fetched, the story (a marketing stunt?) successfully inspired a scene in the 1938 movie The Adventures of Marco Polo starring Gary Cooper. The facts told in the newspaper are about a sailor from the Venetian merchant's crew - a certain Spaghetti - who is said to have learned in China how to make long, thin strips of dough to cook. In all likelihood, the myth is based on a passage in Polo's Travels, where the author mentions a tree - probably the sago palm - which produce fruits similar to pasta.

Precisely on the subject of trees and pasta, in 1957, the BBC's Panorama aired a joke so well thought out that many in the audience believed it to be true. Set in Switzerland, it showed spaghetti growing on trees and picked by a happy farming family. Due to a lack of knowledge about the still-new Italian dish, the station's switchboard was swamped with calls from viewers curious about the surprising "spaghetti tree".

It has to be said that the last-century foreign literature has been a lot of fun teasing the imagination of readers and pasta consumers with improbable and sometimes hilarious stories and advice. For instance, the 1946 book You Can Cook if You Can Read even suggested throwing a spaghetti noodle against the wall to check if it's cooked: when it sticks, it's done.

How is pasta made?

First of all, it is necessary to make a distinction between fresh and dried pasta. The first one is made of soft wheat flour and kneaded, cooked, and eaten right away. Pasta secca, on the other hand, is prepared with the flour of durum wheat and dried to be stored. Shapes and sizes are countless: squares, long strings, tubes, spirals and many others. The Italians prefer short and ribbed pasta; in America, people love long formats, the French eat it short and smooth, and in Germany, they want it fresh. Famous designers (like Philippe Starck) drew some fanciful macaroni forms, whereas others were awarded the Compasso d'Oro (the world's most authoritative design award). Not to mention the condiments and endless recipes you can try. In short, just two essential ingredients (water and flour) for an infinity of combinations.

As for dry pasta, the production process is simple; the first step is the selection of wheat, which is sieved, cleaned and ground. The flour produced is mixed with water to form the dough, and then bronze or Teflon dies shape the mixture. Now, the product is ready to be transferred to the dryers. The latter is a necessary passage so that the moisture percentage doesn't exceed the limit of 12.5% imposed by law. Once cooled, the pasta is ready to be packaged.

The history of pasta

After dispelling the myth of Marco Polo, the question remains: where and when is pasta born? What is certain is that it was consumed in Italy long before the legendary explorer returned from China. Bas-reliefs on an Etruscan tomb dating back to the 4th century B.C. seem to depict tools for preparing fresh pasta. Also, the Romans used to eat lagana, an ancestor of lasagna, which usually served as a side dish with meat, fish or eggs.

However, it was the Arabs who started to use dry pasta, a product particularly suited to remaining intact during desert crossings. This type of processing first took hold in Sicily in the 12th century (the geographer Al-Idrisi wrote in 1154 about the large production of triyah in the region). Then, it became increasingly widespread as Mediterranean trade routes strengthened.

Regarding the term 'pasta' as a product category, the word appeared for the first time in a text by Viceroy Juan de Aragón in the 16th century. The first written evidence of the diffusion of the dish in Italy dates back to around the 13th century. One of the earliest - a notarial deed from 1279 - mentions a basket of macaroni. Also from the same period is the Cronica by Salimbene da Parma, where the Franciscan monk talks about the traditional ravioli he used to eat as a boy.

How to cook pasta: a brief journey through time

As pasta became more and more popular during the Middle Age, it gradually began to be considered an actual course. Several literary references witness its growing popularity. In The Decameron, Boccaccio recounts the fancy town of Bengodi, with its mountain of Parmesan where people prepared macaroni and ravioli. Indeed, cheese has long been the main seasoning for pasta, although there was no shortage of more daring and imaginative combinations on wealthy tables. Back then, a pasta dish looked and tasted very different from the ones we are used to nowadays. First of all, cooking times were much longer (about an hour!): the concept of 'al dente' would only become popular from the 19th century onwards. The combinations were also definitely surprising and often involving a mix of flavours, from sweet to spicy.

It was undoubtedly considered food suitable for the lavish banquets of the nobility. The recipes created in the 1500s by Bartolomeo Scappi, a cook in the Vatican kitchens, were renowned for their richness and originality. His macaroni alla romanesca were prepared from a unique mixture of flour, breadcrumbs, goat's milk and egg yolk. The dough thus obtained was cut, boiled (for half an hour), covered with grated cheese, butter, sugar, cinnamon and provatura (a Roman cheese) and lastly, baked in the oven with rose water. As can be seen, the range of flavours and ingredients was extraordinarily varied and unusual. Over the centuries, sugar has been abandoned, and the Italian “national dish” gradually took on the look and taste recognisable to a contemporary diner. In the 19th century, the perfect marriage between pasta and its most famous condiment was finally celebrated: spaghetti in tomato sauce had the first recipe in 1837.

Pasta in Naples: a love story

Long before becoming a symbol of Italy, pasta boasted a strong connection with Naples. Its popularity was so widespread in the southern-Italy city that during the 18th century, the Neapolitans were dubbed “mangiamaccheroni" (macaroni-eaters). The success of pasta in an overcrowded city where vegetables (especially cabbage) were the staple diet of its population is probably due to the introduction of the torchio (a mechanical press to make vermicelli), which speeded up production and ensured high availability at low prices. Goethe was a witness to this incredible spread. In 1787, the great German writer was surprised to find that macaroni was sold almost everywhere and for very little money during his stay in Naples. After all, pasta won over everyone in Naples, from beggars (the so-called lazzaroni) to royalty: King Ferdinand IV was an avid consumer and ate it directly with his fingers without using cutlery.

Ultimately, the numerous pasta factories in the area helped to push the spread of the product. The 1600s and 1700s were critical centuries for the boom in dried pasta, an extremely versatile food during famines: it keeps for a long time, is cheap and has a high nutritional value. Family-run pasta factories popped up in areas where water was plentiful. The town of Gragnano is a prime example of the phenomenon: in 1845, Ferdinand II of Bourbon commissioned local pasta makers to supply the kitchens of the court. Today, it is still famous worldwide as one of the most renowned production centres in the world.