At the extreme southern border of Lombardy, where the Po Valley meets the Apennines mountain range, one of the most magical and least known territories of Italy unfolds: the Oltrepò Pavese.

Real connoisseurs do not drink wine: they taste secrets

At the extreme southern border of Lombardy, where the Po Valley meets the Apennines mountain range, one of the most magical and least known territories of Italy unfolds: the Oltrepò Pavese.

The hills of the Oltrepò Pavese are immersed in a beautiful wavy scenery characterized by a mild climate that benefits from winds from the Ligurian Sea, the hills are punctuated by small and charming villages that still preserve all the charm of the farming culture and will give you the clear feeling of taking a leap into the past and land in Italy in the 1950s.

Along the way, you will often come across castles that recall the feudal history of the area, agritourism with animals and many spas.

These smooth hills are characterized by a calcareous and clayey soil and are crossed by the 45° parallel: these two aspects make them particularly suitable for the cultivation of vines. Driving along the roads of the Oltrepò Pavese you will be amazed when you see the slopes completely covered by the vines that take on all the shades of green in spring and move on to the poignant colors of autumn in autumn

How to organize an excursion in Oltrepò Pavese 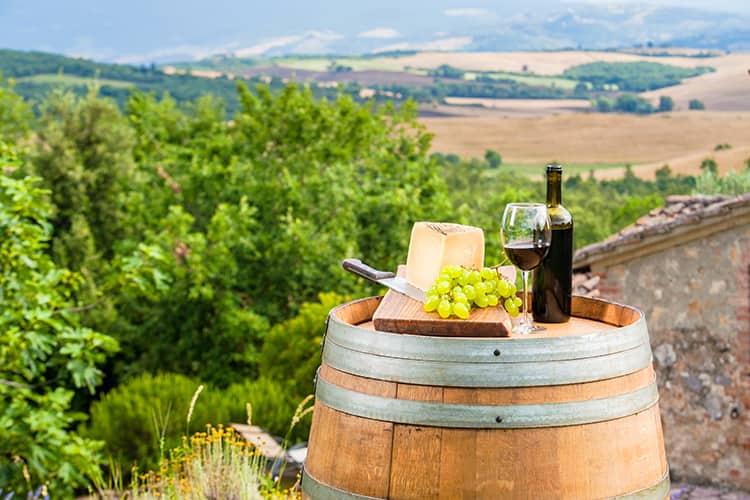 The best time to visit the hills of Oltrepò Pavese is undoubtedly autumn: in this season many wineries offer the possibility to assist - and in some cases to participate - in the grape harvest.

Tastings are organized and producers tell about the peculiarities of their wines enthusiastically. While you are driving along the roads of Oltrepò Pavese you will see everywhere along the path big signs with the names of the wineries and the directions on where to find them: all you need to do is knocking at their doors and the owner will be glad to bring you to know and taste his products.

Of course, there are also more wineries renowned and structured which organize tasting led by expert enologist, tours in the vineyards and in the production areas: in this case, a reservation is required.

During the tasting, keep in mind that while in the other wine areas of Italy and of Europe the analysis of the product is very specific and is done by tasting small quantities of product, quite the opposite in Oltrepò Paese wine is mainly synonymous of conviviality and joy and, without realizing it, the vintner might get carried away and pour generous quantities of wine in your glass! 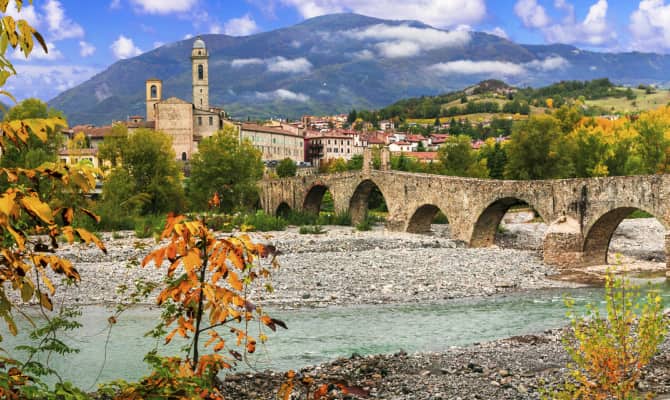 There are many wine roads and flavors in the Oltrepò Pavese area: consider that the whole region includes 78 communes, each of them has wine cellars and typical restaurants. The roads that connect one village to another can be traveled by car or by bike and, for trekking lovers, there are several scenic routes such as the Sentiero dei Briganti in the area of Brallo, the Paese Fantasma (Ghost Town) that leads to Rovaiolo Vecchio (Old Rovaiolo) or the Anello del Lesima (Lesima Ring), a more challenging trek that offers incredible views on one side of Val Trebbia and on the other side of Val Staffora.

Some of the most characteristic villages and recommended for their beauty and for the best wineries of Oltrepò Pavese are:

Fortunago, a municipality included in the list of the "Most beautiful villages in Italy".

Varzi, a town famous all over the world for its salami, the perfect accompaniment for an excellent aperitif with a good glass of wine.

Montalto Pavese with its fantastic belvedere that sweeps over the entire region, the climb to peak named Madonna dei Venti at sunset is enchanting.

Zavatterello with its beautiful stone castle which can be visited and which frequently hosts events.

The town of Casteggio, famous for its countless wineries and where you can visit the Collegiate Church of San Pietro Martire.

Santa Maria della Versa, the capital of spumante (italian sparkling wine) and pinot: it is a quiet village surrounded by countless vineyards.

Last but not the least, the village of Bobbio with its famous bridge connected to the legendary battle between Saint Colombano and the Devil. 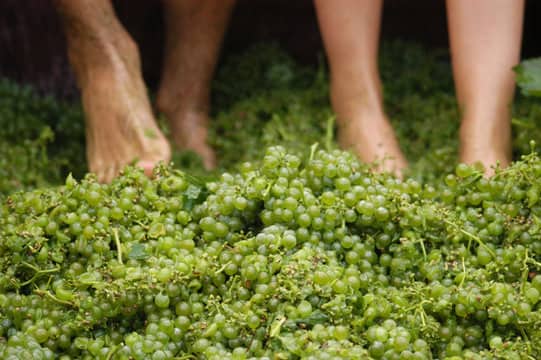 Since when we talk about the presence of humans in the hills of Oltrepò Pavese we mention grapes and wine.

Thanks to archaeological discoveries we know the territory was inhabited by Etruscans since the seventh century BC: these people were involved in wine production not only for the pleasure of consumption but also for trade.

The first written evidence about the Oltrepò Pavese area is provided by the Greek geographer and historian Strabone who, while crossing these lands in 40 B.C. following the Roman army, described the area in this way "good wine, hospitable people and very big wooden barrels".

Later also Pliny the Elder mentioned the localities of Clastidium (Casteggio) and Litubium (Retorbido) impressed by their flourishing viticulture.

In this era the pressing was done with the feet; although this system may seem rudimentary, it is also true that the choice of grapes was very meticulous and the winemakers followed strict rules: for example, in the period preceding the harvest, they followed a strict diet close to fasting in order to prevent too much sweat from falling into the must. Afterward, after the separation of must from liquid, the latter was left to rest in wooden containers next to pomace and in this phase, they added aromas such as honey and resins.

During the years of the barbaric invasions, it was the clergy to keep the secrets for the production of wine, Longobards consumed a lot of it but they did not know how to produce it.

We have to wait until 1500 in order to review the wine of Oltrepò Pavese in written witnesses such as the Roman doctor Andrea Bacci who, during his study trip across the peninsula, talked about Oltrepò wines as follows: "the favorite grape is pignola which gives spicy, sparkling, clear, tasty wine with a pleasant scent of pine nuts. This red wine cannot be compared to the wines of central Italy".

An interesting fact referred to the Almo Collegio Borromeo of Pavia is that in the year 1618 is that 22% of the global expenditure was reserved to the purchase of wine.

In the nineteenth century began the first specific publications about wine and in these years was produced the first detailed description of all the vines present in the Kingdom of Piedmont of which Oltrepò was part: during this century Oltrepò Pavese produced much as 1 million hectoliters of wine. This period unfortunately was also marked by the arrival of phylloxera coming from America, a small insect that during the XX century destroy almost all the vineyards of Europe.

Today the Oltrepò area is a unique reality in Italy: a land far from the main tourist itineraries, populated by people who are still frank and who give their wine the same character and vivacity.

The 5 wines not to be missed 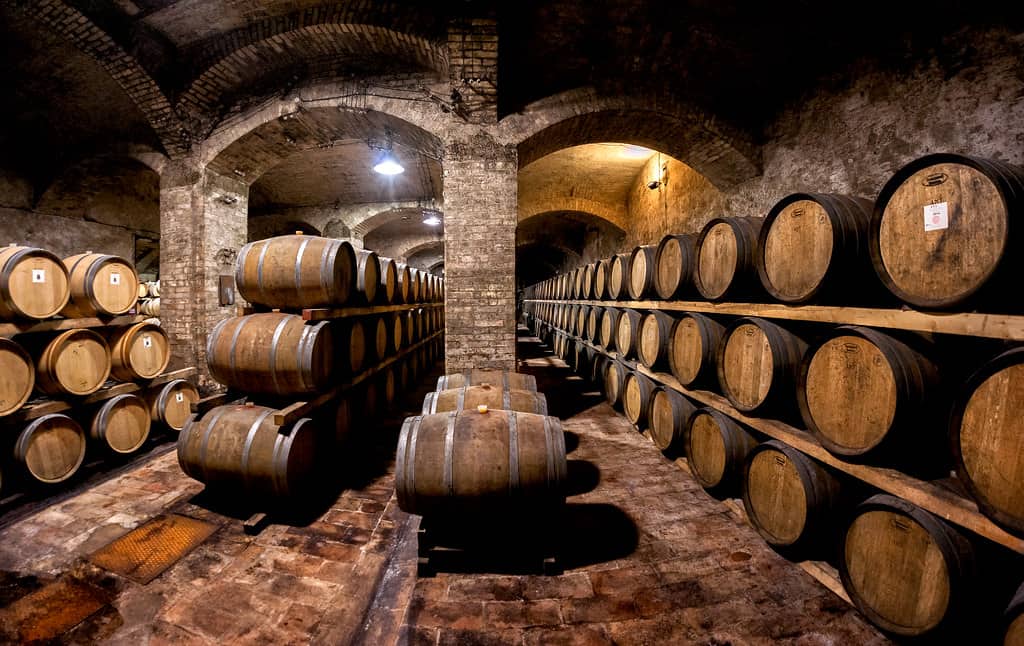 For a tasting worthy of this name let yourself be conquered by these five incredible wines having unique flavors and aromas.

Barbera: this wine is characterized by lightness and light tannin, qualities that are best expressed in its sparkling version. It is a vine which is mainly found at the border with Piedmont. Try it with agnolotti ravioli.

Bonarda: it is the wine symbol of Oltrepò Pavese, it can be found in both still and sparkling versions and it is mainly based on croatina. It is a lively wine with a fruity aroma characterized by hints of raspberry, strawberry, cherry and red flowers. Perfect to be matched with cold cuts.

Buttafuoco: the name of this wine derives from the dialectal expression "al buta me al fueg" which means "it sprouts like fire" and refers to the vigor of vines. This wine is made from barbera, broatina, grape rara and pinot noir grapes and it is typical of the villages of Stradella, Broni, Canneto Pavese, Montescano, Cigognola and Pietra de Giorgi. Recommended accompanying stuffed pigeon.

Metodo Classico: great importance is attributed to Metodo Classico sparkling wines which use pinot noir grapes of which Oltrepò Pavese is the first Italian productor. Metodo Classico has an elegant bouquet with fragrances of freshly baked bread, hints of citrus fruits, notes of toasted almonds and hazelnuts.

Cruasè: the name of this wine associates the terms cru and rosé and it is obtained by maceration in contact with skins which generates an intriguing rose color, endowed with creamy effervescence, fresh aromas of cherry and blood oranges.

A visit to the fascinating and scarcely explored lands of Oltrepò Pavese will bring you to know authentic and uncontaminated territories and will accompany you in the discovery of some of the best wines of Italy.