Italy off the beaten track: 4 ideas for Summer

Summer is just around the corner, discover with us incredible destinations off the beaten track to experience new corners of Italy.

If you are planning your summer holidays in Italy but don't want to risk finding yourself in overcrowded places, such as the most famous art cities, such as Florence and Venice, we have some ideal places for you to discover this summer in peace and quiet: sea, mountains, art cities and villages.

These are lesser-known and lesser-visited places in Italy but equally wonderful corners; after all, our peninsula is full of treasures to discover in every corner. We'll take you on a journey from north to south, from Trentino Alto Adige to Sicily, from mountain lakes to secluded beaches with crystal clear water, from a UNESCO heritage city to some of Italy's most beautiful villages. Read on to find out more! 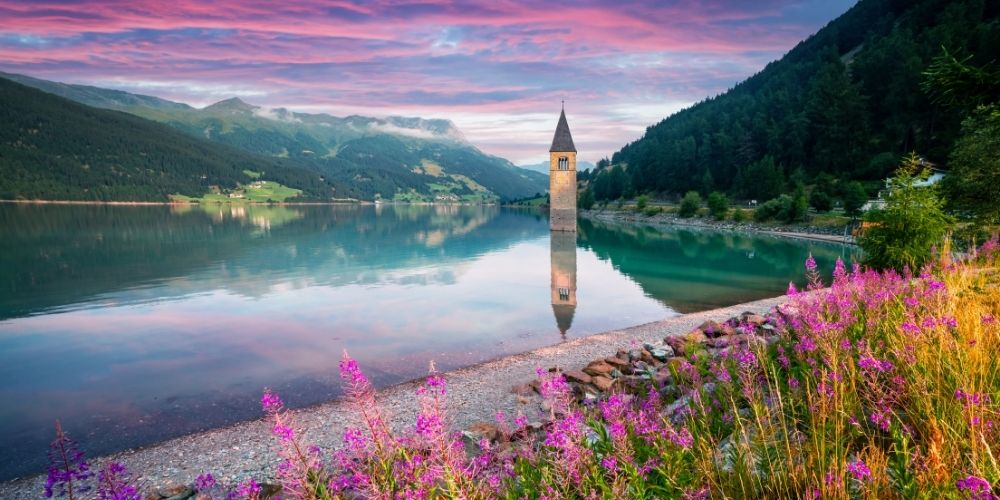 Lake Resia and the bell tower

In Trentino Alto Adige there is a fairytale place, Lake Resia, an artificial alpine lake located at 1,498 metres above sea level in Curon Venosta, South Tyrol. This unique place, located near the Reschen Pass, is the largest body of water in the north-western province of Bolzano and a destination rich in history, legends and natural wonders.

The uniqueness of this place is due to the iconic bell tower in the lake, the symbol of Curon Venosta and the Vinschgau Valley. The building stands alone not far from the shores, in the crystal-clear waters of Lake Resia, surrounded by the Vallelunga mountains. The reason for this is that the area where the lake now stands was once home to the ancient village of Curon, until 1950, when it was submerged by the waters of the two previous natural lakes (Reschensee and Curonsee), which were united by the construction of a large dam and rebuilt further upstream.

According to a legend, the bells of the church tower can still be heard ringing on some winter days, although they were removed before the lake was formed. Lake Resia is surrounded by mountains and is the perfect setting for walks, hikes and panoramic treks. It is also the ideal place for various water sports, including kite surfing, kayaking and sailing.

Sea: the Agrigento coast in Sicily 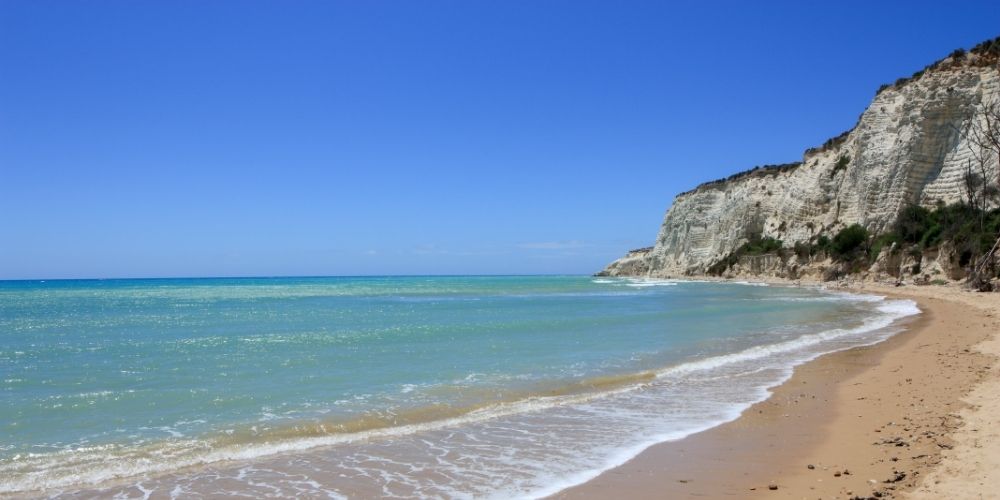 The beautiful Sicily is well known worldwide for its historic cities and seaside resorts, including Palermo, Syracuse, Noto, Modica and Catania, as well as its natural wonders, such as Mount Etna and the Scala dei Turchi beach. Another must-see destination is the archaeological area of the Valley of the Temples, in Agrigento, which preserves a series of important Doric temples from the Hellenic period.

A lesser-known area, however, is the entire coast of Agrigento, from Porto Palo di Menfi to Licata, along which tourists seem to stop only at the Scala dei Turchi and then head towards the Trapani area. With around 130 kilometres, this coastline is rich in unique natural oases, the Torre Salsa Nature Reserve, a WWF oasis, and the Foce del fiume Platani Nature Reserve, in the territories of Ribera and Cattolica Eraclea. The oasis includes the Capo Bianco promontory, the site of the ancient Greek city of Eraclea Minoa, where today it is possible to visit the ancient Greek theatre.

Here we also find the seaside city of Sciacca, known for its ceramics, and inland the villages of Sambuca di Sicilia and Caltabellotta, as well as the famous Andromeda Theatre, in the Sicani mountains. 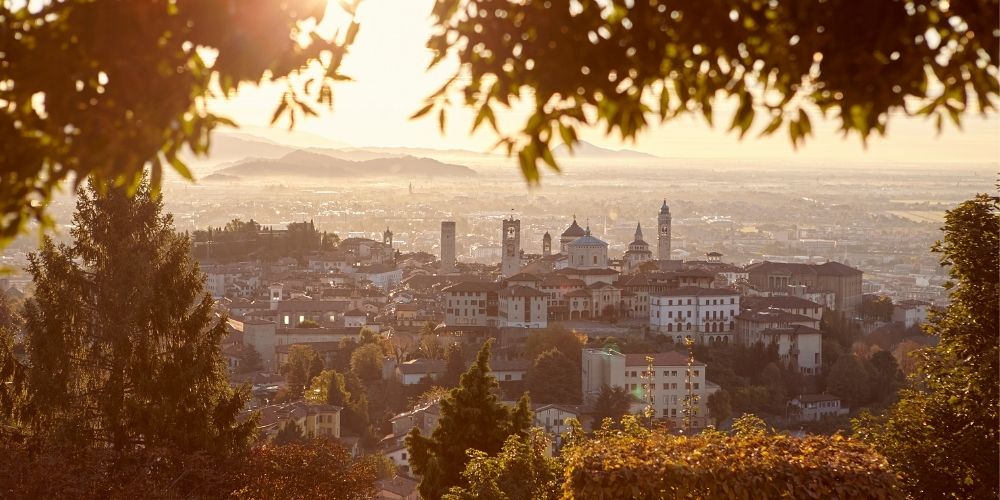 View of the Upper Town

Thousands of tourists pass through Bergamo-Orio al Serio airport every day, but only a few of them go on to discover the beautiful city of Bergamo. Divided into two distinct parts, the "Lower Town" and the "Upper Town", Bergamo is a city of rare beauty located in the heart of Lombardy.

The upper part of Bergamo is divided from the lower town by the imposing Venetian walls, declared a UNESCO World Heritage Site in 2017, which completely surround it, and is the area of the city that houses the majority of the historical monuments. Strolling around in the historic centre, you can admire the extraordinary views along the Venetian walls, the beautiful Piazza Vecchia, the splendid heart of the city, and the Piazza del Duomo, which contain the most precious treasures, such as the Colleoni Chapel, the Baptistery and the Basilica of Santa Maria Maggiore.

From Bergamo you can easily reach Milan, Lake Como and Lake Iseo.

Villages: Spello and Trevi in Umbria At the centre of the Italian peninsula we find a region with a huge number of villages whose beauty and historical importance is recognised throughout the world: Umbria. Here we find some of the most famous historic towns in Italy, such as Assisi and Orvieto, but also many small centres included in the list of the "Most Beautiful Villages in Italy", such as Spello and Trevi.

Trevi and Spello are about twenty kilometres apart, making them ideal to visit on the same day. Spello is a colourful medieval village characterised by narrow cobbled alleyways covered in flowers and the perfectly preserved ancient Roman wall system. Every year on the occasion of Corpus Domini, carpets and floral paintings inspired by religious motifs are created in the main streets of the historic centre along a route of about 2 km. This year the Spello Infiorate will be held from 18 to 19 June.

Trevi is also a charming medieval village, perched on a hill full of olive trees overlooking the Spoleto plain. The village is characterised by a large number of churches, towers and noble palaces. These two villages are ideal for a slow tourism holiday, immersed in Italian history and nature.