Venice and its Lagoon, a UNESCO Heritage Site to be protected with care

The beauty of Venice is so great that it has been listed among the UNESCO Heritage Sites, but it's also extremely fragile: how could we protect it?

We at Visit Italy, you know, love Venice. We love telling you its stories, from the most well-known, to the most intimate ones, known only to those who live it every day (speaking of which, have you read our guide to experience Venice like a local?).

However, just as we know that its beauty is extraordinary, it is an extremely fragile city. Venice's nomination as a UNESCO World Heritage property, in fact, may be at risk. Let's find out why.

Venice and its Lagoon, World Heritage Sites since 1987: let's discover why 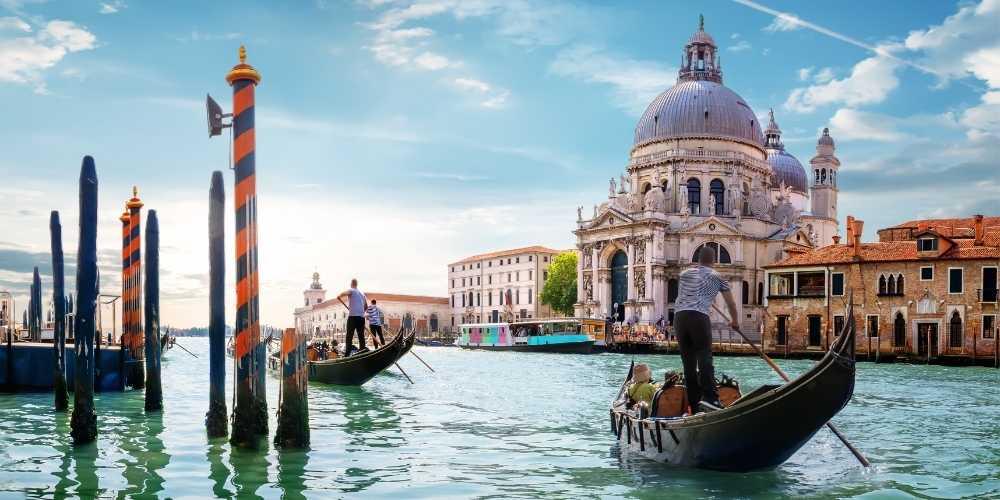 View of the Basilica della Salute in Venice

Venice was the fifth site in Italy to be inscribed on the list of World Heritage Sites by UNESCO. The nomination took place in 1987 and included not only the city, but the entire Venetian lagoon.

The reason for this nomination, however, was not only about the beauty of the city that we can all admire every day.

1. The extraordinary history of Venice, also known as The Serenissima Palazzo Ducale (Duke's Palace) is one of the symbols of the power of the Serenissima Republic.

The city's long history began as early as the V century, when Venetian peoples fled to the islands to escape the invasions of peoples from the North and East.

Not even mentioning that in the span of just over 500 years Venice became one of the world's greatest maritime powers by presenting itself under the title of the Serenissima Republic, The Most Serene Republic.

2. Not only the city of Venice, but also its natural landscape is UNESCO Heritage Site 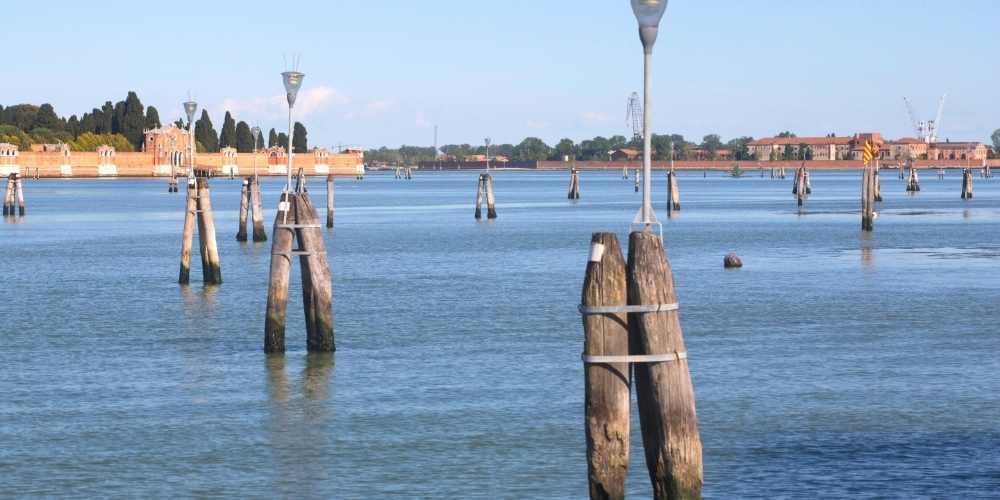 The Venice Lagoon is unique, being the largest in the Mediterranean basin.

In its 830 hectares, in a semi-lacustrine habitat, there is an endless succession of mudflats, islets and larger islands, some perennially below water level, others that are periodically inundated by it.

The abundance of fish species is also an interesting exception. Indeed, although it is a sandy-bottomed basin, the interaction of man-made channels, river mouths, and access to the sea has over the centuries fostered the proliferation of very diverse animal and plant species.

3. A great ecosystem, when men has been interacting with nature for centuries 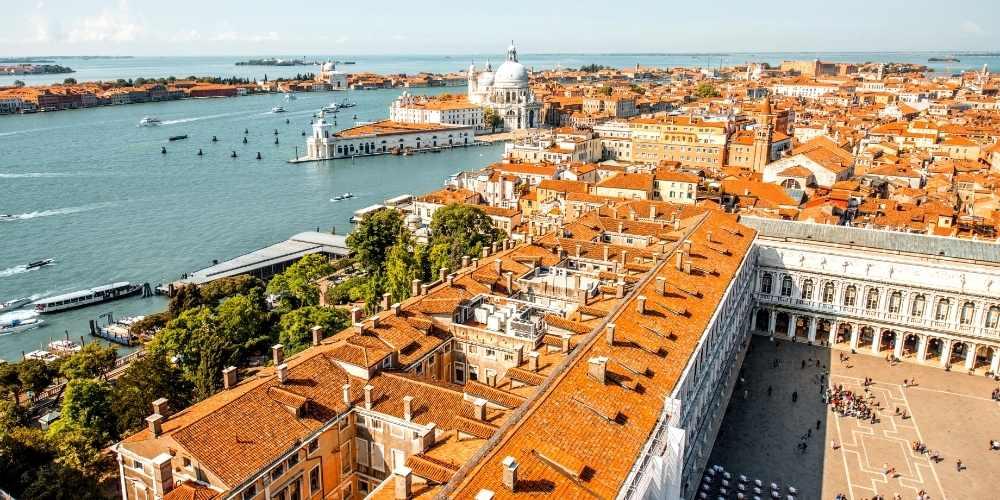 When the Venetian peoples arrived on the marshy islands of the lagoon in the V century they certainly did not find what we find today. The environment was unhealthy, subject to constant high tide.

What we see today is the result of extraordinary engineering and hydraulic work that allowed over the centuries the construction of elegant churches, noble palaces and buildings of refined beauty on soft, muddy ground. And it's all resting on a system of wooden pilings, over time petrified by the incessant flow of water.

In short, one might think of an overwhelming victory of man over nature: will it truly be so? 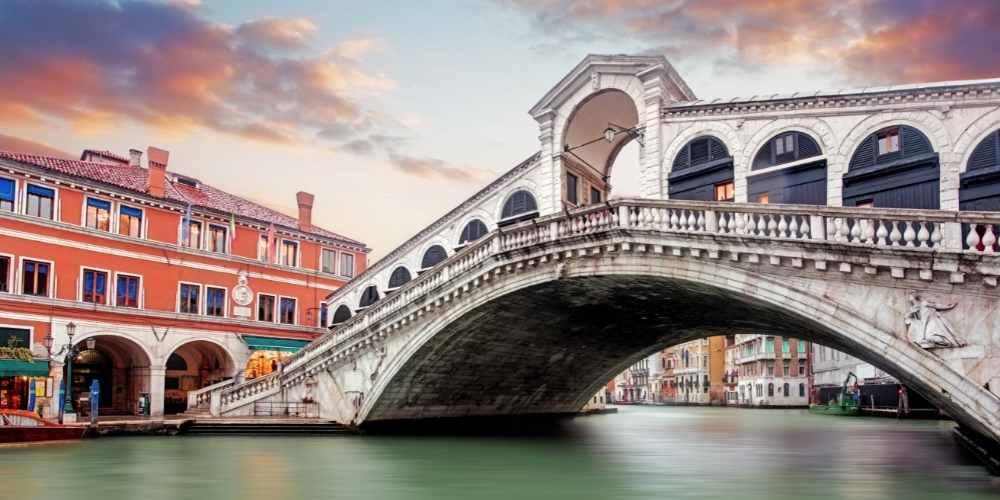 View of one of the Venice symbols: the Rialto Bridge.

In recent years there has been much controversy surrounding the preservation of the city of Venice.

As many as 3 times over the past 10 years, in fact, UNESCO has been investigating whether Italy was doing enough to protect the city.

In 2014, 2016, and 2019, Italy was admonished in 3 different assemblies: if it did not follow the guidelines given by UNESCO, the city of Venice would be on the Danger List.

Let's look at the reasons why.

Why could Venice have become an UNESCO property at risk? 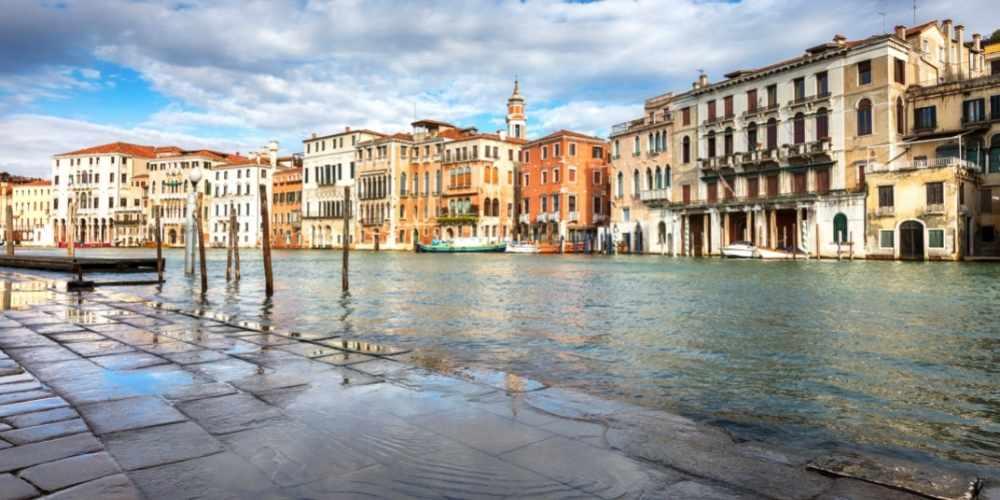 The start of high tide in Venice.

Unfortunately, the reasons given by UNESCO are more than one.

First, the problem of over tourism: photographs of the city being stormed by tourists have in fact gone around the world on more than one occasion.

Second, the local population continues to decline. News in the summer of 2022 is that Venice has dropped below the 50,000 resident threshold. To make a quick comparison, in 2022 there were 64,000.

Third, the city of Venice is suffering from ongoing climate change. What mankind is causing to the environment, added to the very course of nature, puts a strain on the lagoon's ecosystem. Natural events that are becoming more and more extreme, from droughts to floods to the increasingly uncontrollable high water phenomenon are having increasingly important effects on the Venice lagoon and beyond.

In short, according to UNESCO what was missing was a holistic vision, one that grouped the protection of the natural environment in addition to the city and artistic environment.

On the other hand, however, Venice is now no longer considered an endangered asset. How come?

Due to the latest decisions of the Municipality, Venice is no longer a UNESCO site at risk 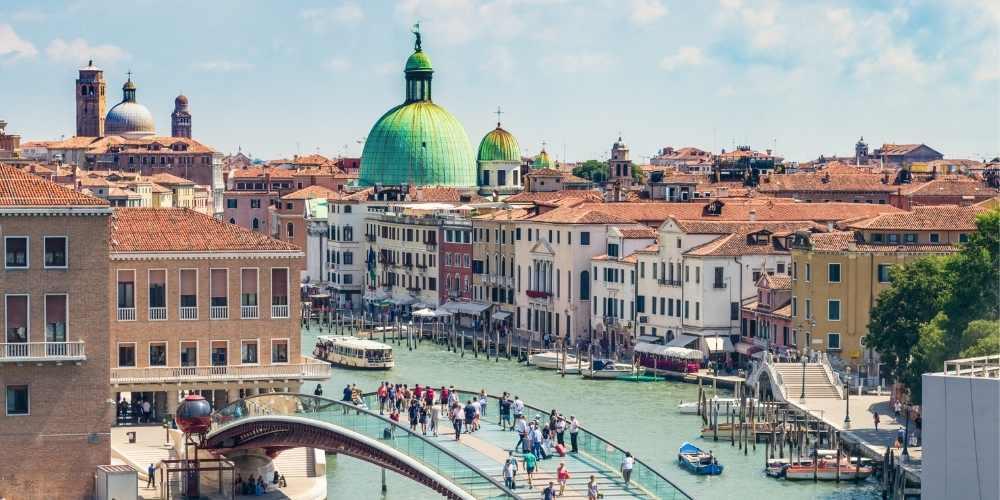 What has changed in these few years that has kept Venice off the so-called UNESCO blacklist?

First of all, finally, the stop to Grandi Navi has been approved. As of August 1, 2021, cruise ships can no longer ply the waters facing San Marco.

Second, it is news in recent months that from 2023 you cannot enter Venice without first booking, and paying for, your entrance. The booking platform has not yet been made available, but it appears that this new tool will come into effect as of January 16, 2023.

In short, according to UNESCO, Venice is starting to implement more and more policies to protect its immense natural, cultural, artistic and architectural heritage.

And, for our part, what can we do? A special term has been coined to describe the ongoing process: Disneyfication. It indicates the slow transformation of Venice "into a theme park".

If the great works of protection are in the hands of the administration, on the other hand we, as visitors, tourists and fans of the most extraordinary city in the world, can do something to protect it.

First of all, by behaving just "as if it were our home". Let's respect the city as you respect the environments you call "home" every day. Let's visit the city by following its rules but also taking advantage of the off season periods, buying local crafts and exploring its endless possibilities and not only its main symbols.

Venice, far from being a museum, is a place to experience, love, and internalize in every aspect.

Let us not miss this precious opportunity: Venice is home for you, but also for all those you would like to visit the city someday.

If you like to have some hints on what to visit in Venice, why don't you have a look at the attractions included in the Venice Pass?