What to see in Basilicata: 10 unmissable places

What to see in Basilicata? We propose 10 unmissable stops to get to know the best of this ancient, wild region. Come with us.

Ancient Lucania is one of the most enigmatic and fascinating lands on the Italian peninsula. A land where, in addition to the many natural and scenic beauties, we can find a large number of monuments that bear witness to the millennial history of the region. So what are you waiting for? Come with us to the mythical and fascinating Basilicata.

10. Metaponto: in the footsteps of the ancient Greeks

One of the unmissable stops on your trip to Basilicata is definitely Metaponto, a small fraction of the municipality of Bernalda, on the Ionian Sea. The archaeological site of the town, in fact, represents one of the most important testimonies of Magna Grecia. Absolutely to visit are the so-called Palatine Tables, the remains of a Doric temple from the 6th century. B.C. dedicated to Hera.

9. Atella Paleolithic Park: in the footsteps of Homo Erectus

The Paleolithic Park of Atella, in the province of Potenza, is certainly one of the most suggestive places in Basilicata. Here, in fact, bone fragments of human beings and animals dating back to around 650,000 years ago have been found near the city cemetery. The years of Homo Erectus ...

8. The Sassi of Matera: a living nativity scene

The Sassi of Matera are certainly among the wonders not to be missed, in your trip to Basilicata. Declared World Heritage Site by UNESCO in 1993, they form the oldest part of the Lucan city, excavated in the bare rock since the Paleolithic. A constant dialogue between Man and Nature that has transformed those places into an authentic "living crib".

You can go to our post about the Sassi of Matera to find out more.

7. Venosa: land of history and poetry The city of Venosa, in the province of Potenza, has a long history behind it. Suffice it to say, in fact, that the famous Latin poet Horace was born here, and you can visit the ancient dwelling. And not only. The Archaeological Museum housed in the Aragonese Castle, the Norman tombs of the Holy Trinity and the Jewish catacombs also await you.

6. The Lucanian Dolomites: a lost paradise

Among the natural and scenic beauties of Basilicata, the Lucanian Dolomites certainly deserve to be mentioned. The mountain massif, which rises between the municipalities of Castelmezzano and Pietrapertosa, in the province of Potenza, will offer you a spectacle no less worthy than that offered by the northern Dolomites. Rocky paths, characteristic animals. And the pink color of a romantic sunset.

The city of Maratea (Potenza) is one of the ten wonders of Basilicata, and one of the most prestigious tourist destinations on the entire Italian peninsula. Maratea offers the visitor the pristine beauty of the Tyrrhenian Sea and the picturesque poetry of its ancient village. Do not miss the colossal statue of the Redeemer, which makes Maratea deserve the attribute of "little Rio de Janeiro". 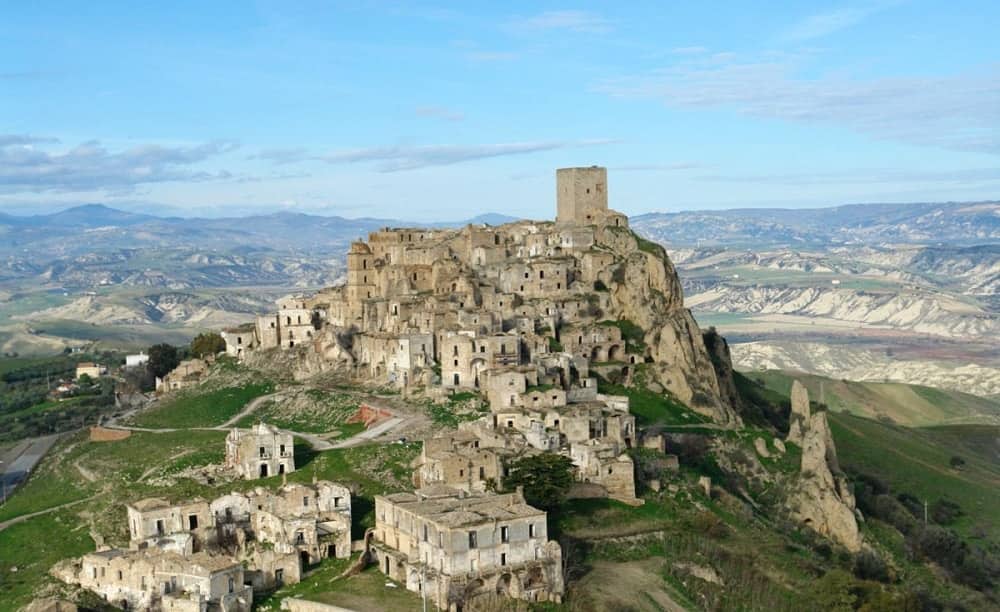 For lovers of thrill and mystery, a stop in Craco is mandatory, a tiny village in the province of Matera, now almost completely abandoned. In fact, after the disastrous landslide of 1963, the town gradually depopulated, becoming a picturesque "ghost village". A feature appreciated by great masters of cinema, such as Gibson and Rosi.

3. Grumento Nova: in the footsteps of the ancient Romans 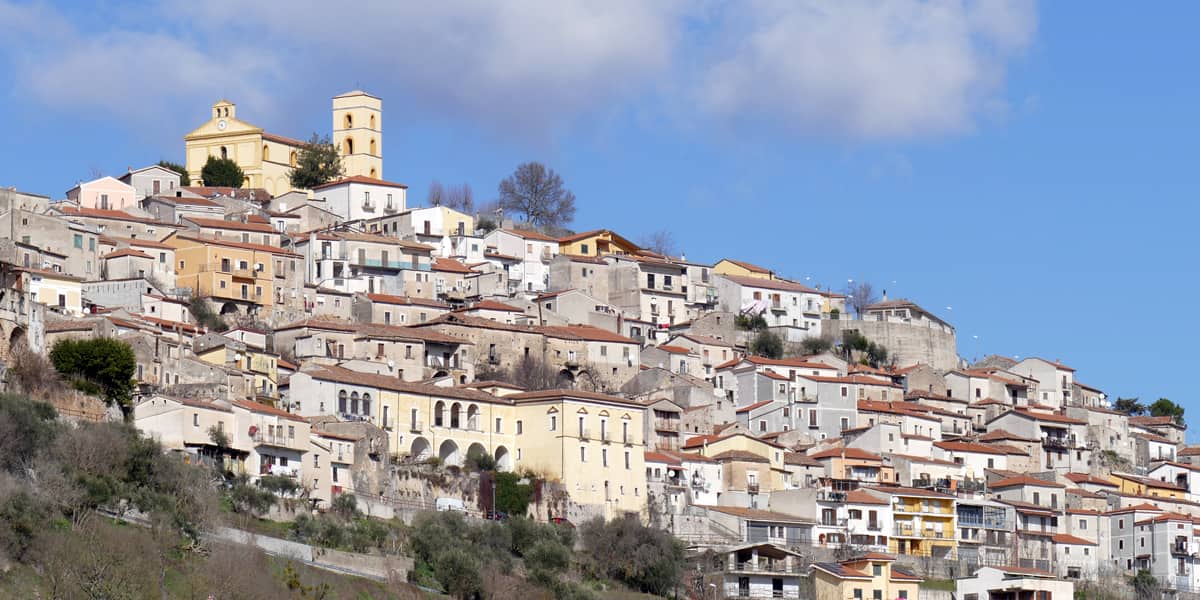 If you go to Basilicata, the town of Grumento Nova, in the province of Potenza, must not be missing on your travel notebook. Here you can admire the archaeological remains of the first nucleus of the town, the Roman Grumentum. Of great interest is also the characteristic Pietra del Pertusillo Lake, an artificial lake built between 1957 and 1962 at the banks of the Agri river. 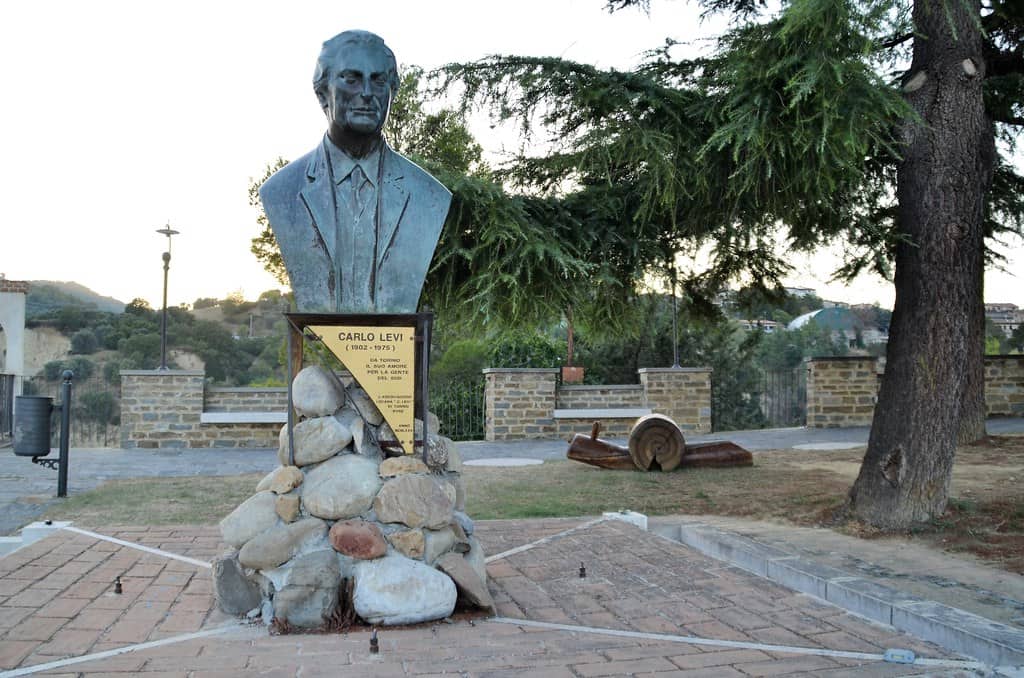 A trip to Basilicata is also a journey in search of "historical memory". For this it is not to be missed the Literary Park Carlo Levi di Aliano, in the province of Matera. Here the famous Turin writer spent his forced exile in the 1930s because of his anti-fascist ideas. Here the first buds of a masterpiece flourished, as Christ stopped at Eboli.

1. On the slopes of the Volture: the lakes of Monticchio The last stop on your Lucan tour is Monticchio, in the province of Potenza, a small fraction belonging to the municipalities of Rionero in Volture and Atella. Located on the slopes of Mount Volture, Monticchio is famous above all for its lakes of volcanic origin, Lago Piccolo and Lago Grande, the depths of a landscape rich in vegetation.