Sardinia: Orgosolo, the village of murals in the heart of Barbagia

In the collective imagination, Sardinia is the island of beautiful beaches, crystal-clear sea, villages with spectacular views and high society life. In reality, Sardinia is also archaeology, legend, myth, stories and traditions. Orgosolo is an example of this authentic Sardinia.

In the heart of Sardinia

While travelling in Sardinia, you sometimes get the impression that it is not an island. You go from the coast with its crystal-clear sea, beautiful bays and white beaches to the hinterland with its stunning mountain landscapes. Whether you are travelling from Cagliari to Olbia or vice versa, you will find on your way the possibility to overlook this almost continental landscape with a small village: ORGOSOLO.

The Thousand-Year History Of Orgosolo And Traditions

Orgosolo is a small village with about 4400 inhabitants and a territory of twenty-three thousand hectares. Many people are attracted to this area because this town is known as a land of bandits. There is real authenticity in the celebrations and events that still link Orgosolo to its thousand-year-old history.

An example of these traditions is the Feast of Nostra Sennora de Mesaustu, Our Lady of the Assumption, which takes place in mid-August. The celebration begins with a lavish procession in which men on horseback and people from Orgosolo in costume accompany the heavy statue of the sleeping Madonna through the village's streets. During this event, it is possible to watch Sa Vardia, a horse race in which jockeys perform risky and spectacular acrobatics.

This tradition takes us back in time to the 17th century, when in 1634, the construction of the present sanctuary began.

Many pilgrims also come to Orgosolo to visit the birthplace and the crypt of the Blessed Antonia Mesina, martyr of purity. Orgosolo is much visited by school groups, tourist groups or individual families: although this mass tourism has touched it, it reserves to the eyes of the tourist and above all the pure traveller a human spectacle: older people sitting at tables, super modern and renovated corners and also desolate buildings that seem fixed in a distant time, children playing in the streets of the village and very typical shops, bars and restaurants where you find very hospitable people.

Murals enliven both this beautiful new part of the village and the older part: the colours are everywhere. The murals are on balconies, shop shutters or entire walls of buildings. There are also murals on huge boulders in the mountain paths.

Why is Orgosolo so rich in wall paintings? As can be seen, they are paintings with political themes and the first politically inspired painting was made in 1969 by the anarchist theatre group Dioniso from Milan. From 1969 to 1975, there were no other murals.

Then, in 1975, it was the thirtieth anniversary of the Partisan Struggle and Liberation from Nazi-Fascist Oppression, and the Orgosolo secondary school decided to create a campaign to raise awareness of this event. Initially, it was a question of paper posters. Then, unfortunately, the paper deteriorated due to atmospheric agents, so people started to paint on the walls. Professor Francesco De Casino directed all the operations: he was born in Siena but married and had lived in Orgosolo for years. So a simple initiative by a school has given a completely different look to the small village in Barbagia.

The entire village participated in the artistic creation of the murals. 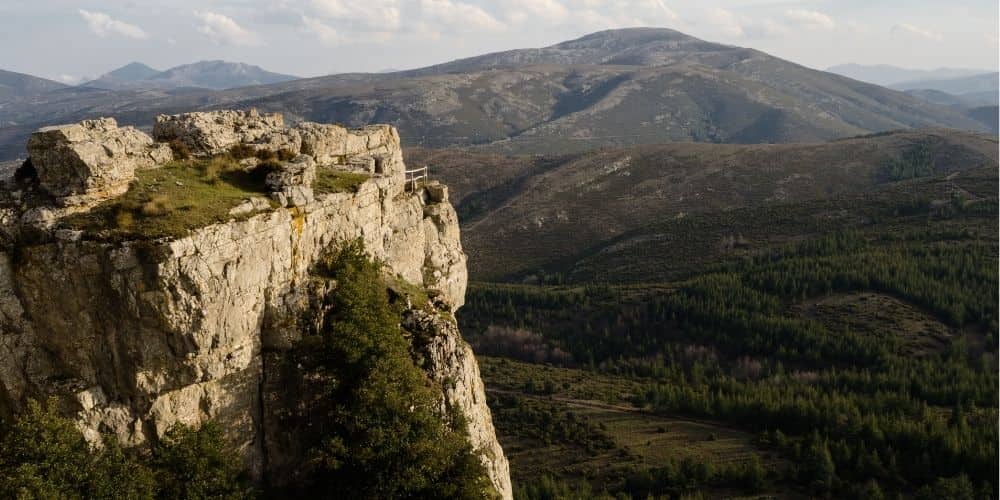 In Orgosolo, it is possible to go on mountain excursions, even off-road, for those who love the mountains and want to enrich their beach holiday in Sardinia. The Supramonte of Orgosolo is a mountainous plateau characterised by caves and chasms and known by hikers who love extreme trekking. Between Orgosolo and Urzulei, the neighbouring village, there is the Gorropu Gorge, one of the deepest canyons in Europe.

How to reach Orgosolo

The best way to reach Orgosolo is by car or tourist bus. It is about 2 hours from Cagliari, 30 minutes from Nuoro and an hour and a half from Olbia. Some bus lines connect Orgosolo to the most important cities in Sardinia.