Let's discover what to see and do in the charming Locorotondo, one of the most fascinating towns in South Italy.

In the Apulian hinterland, just a stone's throw from the popular Alberobello and lovely Martina Franca, stands a village where time seems to be suspended. It is one of the so-called white cities of Apulia and selected as one of the Borghi più Belli d'Italia (Most Beautiful Italian Towns). Its name is Locorotondo and in this article we'll discover what to see and do in this amazing part of Italy.

Locorotondo appears to be almost forgotten by the passage of time, but its origins are ancient, even dating back to the 10th or 11th century B.C., in Greek times.

It was not until 1195, however, that there was the first written record referring to the name of this village: Locus Rotondus, or "Round Place". This was the time of Swabian rule. At this time, Locorotondo was nothing more than a possession of the nearby Benedictine monastery of Santo Stefano, located near Monopoli.

The town saw the passage of the Angevins and several lineages, some of which even came to divide the territory in half. It is worth mentioning the Carafa, a powerful family that fortified the village around the 16th century. Of the walls and castle, however, no trace remains because they were demolished in the 19th century.

What is Locorotondo today, however, is certainly worth a visit, and more than one. U Curdùnne, as Locorotondo is called by the locals, is undoubtedly one of the most charming villages in Apulia.

Locorotondo Italy, 5 things not be missed

There is really so much to say about this village with such an emblematic name. "Rotonda," (round, in English) is precisely the shape this place began to take when it expanded up the hill around the 13th century.

The historic center, which still stands there, is white and sunny, punctuated by the colors of the flowers that protrude from the balconies. All around, masserias, trulli and vineyards: in fact, the well-known Wine Route, which we will discuss later, which passes through here and that so enchants visitors to this slice of the hinterland.

So, what absolutely to see in Locorotondo, one of the white villages of Apulia, Italy?

1. The labyrinth of narrow streets in the center among the typical Cummerse

Before we even talk about its architecture and buildings, our suggestion is to lose yourself in the beautiful streets of the center.

The whiteness of the houses and streets makes Locorotondo ethereal, almost magical. So much so that the town has been honored as one of the Most Beautiful Villages in Italy along with nearby Cisternino.

And it is precisely on these houses that we would like to focus our attention. These houses with sloping roofs, in fact, are called "cummerse" and are typical of the Itria Valley, with particular concentration in Locorotondo. The roofs, made of limestone slabs, the "calchiarelle," are designed in this way to collect the little rainwater. In fact, the "cummerse" have been for private use since their origin, now 700 years ago. Precisely because of this, they are even older than the more famous trulli.

2. The Church of San Giorgio Martire, arisen from the ruins of two other churches

One of the most interesting buildings in Locorotondo is certainly the Church dedicated to San Giorgio Martire (St. George Martyr). Built at the turn of the 18th and 19th centuries, it actually stands on the ruins of two other churches, one from the twelfth and the other from the sixteenth century. Walking past the church, it is in fact possible to see the ancient ruins of one of the two through the glass slabs.

The façade of the church is in the neoclassical style, and pointing upward toward the gable, it is possible to admire St. George and the dragon.

In the interior, the neoclassical style prevails, although the various interior chapels are adorned with a variety of Baroque works.

Piazza Vittorio Emanuele, one of the most elegant square

One of the most beautiful squares in the historic center is undoubtedly Piazza Vittorio Emanuele, formerly Piazza Castello. The square is a small concentration of 19th-century elegance. The smooth pavement is walked on every day by locals and tourists alike and gives a cheerful glimpse of city life.

In the center of the square is the War Memorial, but what may be of even greater interest to you is that the local tourist office is located here.

4. The Church of San Nicola, a frescoed jewel

Smaller and more hidden than the Church of San Giorgio, the Church of San Nicola (St. Nicholas) is undoubtedly worth a visit. It is close to its better-known sister, right in the heart of the historic center, and was built about two centuries earlier, in the 17th century.

Perhaps the simplicity of the exterior may mislead: it is inside that this jewel shows itself in all its beauty.

In fact, if you raise your eyes to the ceiling, you will be able to see an admirable cycle of frescoes narrating the life of St. Nicholas of Myra. Not to mention that inside the building are reliefs found right near Locorotondo that are far older than the church itself.

A few steps from the Church of San Giorgio you can also see one of the most beautiful Baroque palaces in the village of Locorotondo. Right next to the Civic Tower, another must-see building, it stands out for the grandeur of its facade and the richness of its portal. It in fact consists of a stone archway surrounded by scrolls and acanthus leaves. In the center, the family coat of arms stands out.

Next to the portal, flowered balconies with wrought-iron railings, typical elements of southern Italian architecture, stand out against the white of the building

What to see but also what to do in Locoronto, Italy

One cannot leave Locorotondo without first diving into its enogastronomic delights.

In particular, Locorotondo is one of the stops on the DOC Wine Route (where DOC means Denomination of Controlled Origin). It connects, among beautiful vineyards and wineries, the villages of Locorondo and Martina Franca.

The wines here are white and delicious.

These excellent wines should be accompanied by excellences of the local culinary art.

Apulia, and not just the village of Locorotondo, is known in every corner of the world for its extraordinary cuisine. Even in Apulia, however, every place has its own typical dishes. Do you want to discover the typical dishes just from Locorotondo?

- The "Gnumerèdde suffuchète", the most well-known dish. These are lamb tripe rolls, cooked for a long time in terracotta pans.
- The "Macco con verdure", a dish made with white broad beans that are cooked and then beaten with a drizzle of olive oil. A kind of puree is then formed, which is usually served with wild chicories.
- The "Tridd", handmade egg pasta that is seasoned with pecorino cheese and parsley and then served in the broth.

The Trullo in Contrada Marziolla, close to Locorotondo

Not far from the historic center is Contrada Marziolla.

Here it is possible to see the oldest trullo in the entire Itria Valley. The Marziolla trullo, in fact, dates back to 1559, as reported by the lintel at the entrance.

Once a shelter for tools and animals, today it is privately owned, so it can be visited only by reservation.

How to go to Locorotondo in Italy

You can reach Locorotondo travelling from Bari or Brindisi.

From Bari is the easiest way: 1 hour and 30 minutes by bus; from Brindisi it is almost 2 hours bus ride with one interchange at least. Please refer to the Trenitalia website for the bus schedule.

By bus, Locorotondo is also easily reachable from Alberobello and Martina Franca. A nice way to travel among these 3 charming towns.

Between white buildings and delicious flavors, U Curdùnne is truly a must-see place in Puglia. Be amazed and inspired by all the activities we have designed for you in this region! 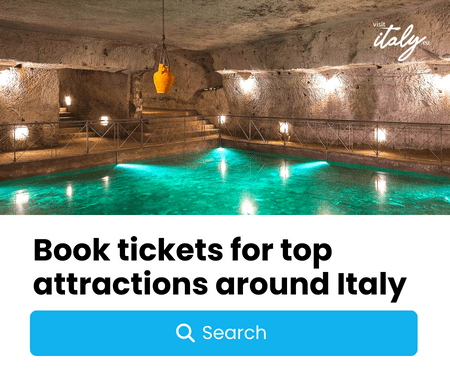