What to see in Monteriggioni? Come with us to discover the Tuscan village and try to immerse yourself in its medieval atmosphere.

Would you like to know the real Tuscany? Then you have to travel through the streets of its countryside, among piles of hay, vines and poppies to visit some of the suggestive medieval villages, perched on its hills, such as San Gimignano or Monteriggioni.

The village of Monteriggioni is a suggestive medieval centre which is part of the famous Sienese Montagnola and has been famous throughout Italy for more than 800 years. The morphology of the territory places it as a stronghold visible from miles away through the Via Francigena. Visiting Monteriggioni will take you on a journey through time inside one of Italy's hidden gems.

What to see in Monteriggioni 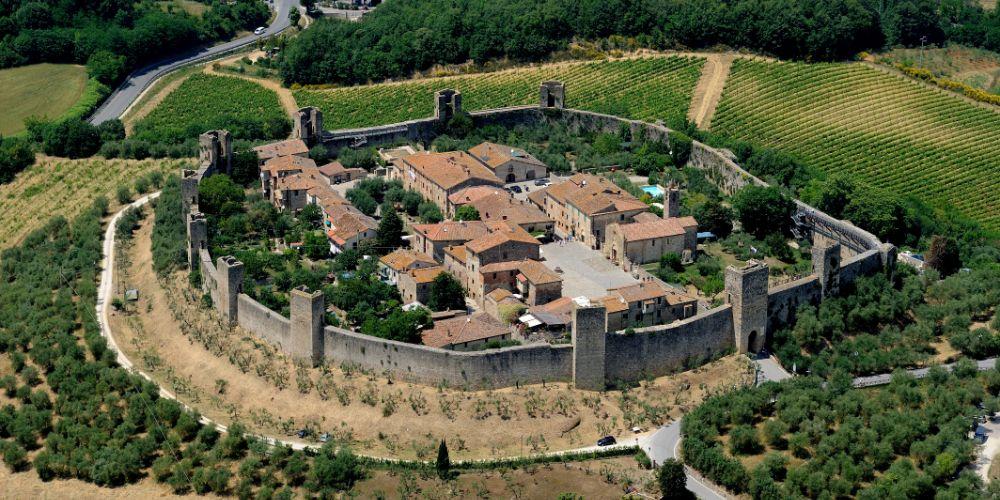 In Monteriggioni, it seems that time has stopped in the Middle Ages. The village is in an incredible state of conservation, thanks also to its fortified walls about 10 meters high that surrounds the whole town following the profile of the hill.

On the walls, there are fifteen watchtowers visible for kilometres that overlook the city and the surrounding countryside at 360 degrees up to Chianti and Val d'Elsa.

There are several ways to enter the centre of Monteriggioni but probably the main one, which in the Middle Ages must have been marked by a drawbridge, is the entrance with the Porta Franca. This gate is so called because of the Via Francigena which leads the medieval village to be a fundamental stop along the paths that led to northern Europe.

Once you enter Monteriggioni through the Porta Franca you will immediately find yourself in the pulsating centre of the village, Piazza Roma, the main square overlooked by the Church of Santa Maria Assunta, one of the first buildings built in the 13th century, in full Romanesque style with some references to the Italian Gothic with its beautiful bell tower, visible from every corner of the village.

Visiting the historic centre of the medieval village is extremely easy and in its two main streets and related side streets, it has its strong vocation as a military stronghold. The military need has prevailed over the artistic needs so much so that in all the buildings there is a difference between the stones put in place that gives a unique and fascinating chiaroscuro effect in its architecture.

One thing to visit is undoubtedly the walls that follow the morphology of Mount Ala. The aforementioned 15 towers are no longer all visible, but only 11 were restored in the 1920s to allow the view from the Via Cassia, while another 4 have been peaked. The path of the walls is very suggestive, which leads you to try the experience of the soldiers who were stationed on them.

Monteriggioni, having been a city with a strong military vocation for most of its history, has a museum dedicated to weapons, Monteriggioni in Arme, which preserves medieval and Renaissance weapons and armour.

How to reach Monteriggioni 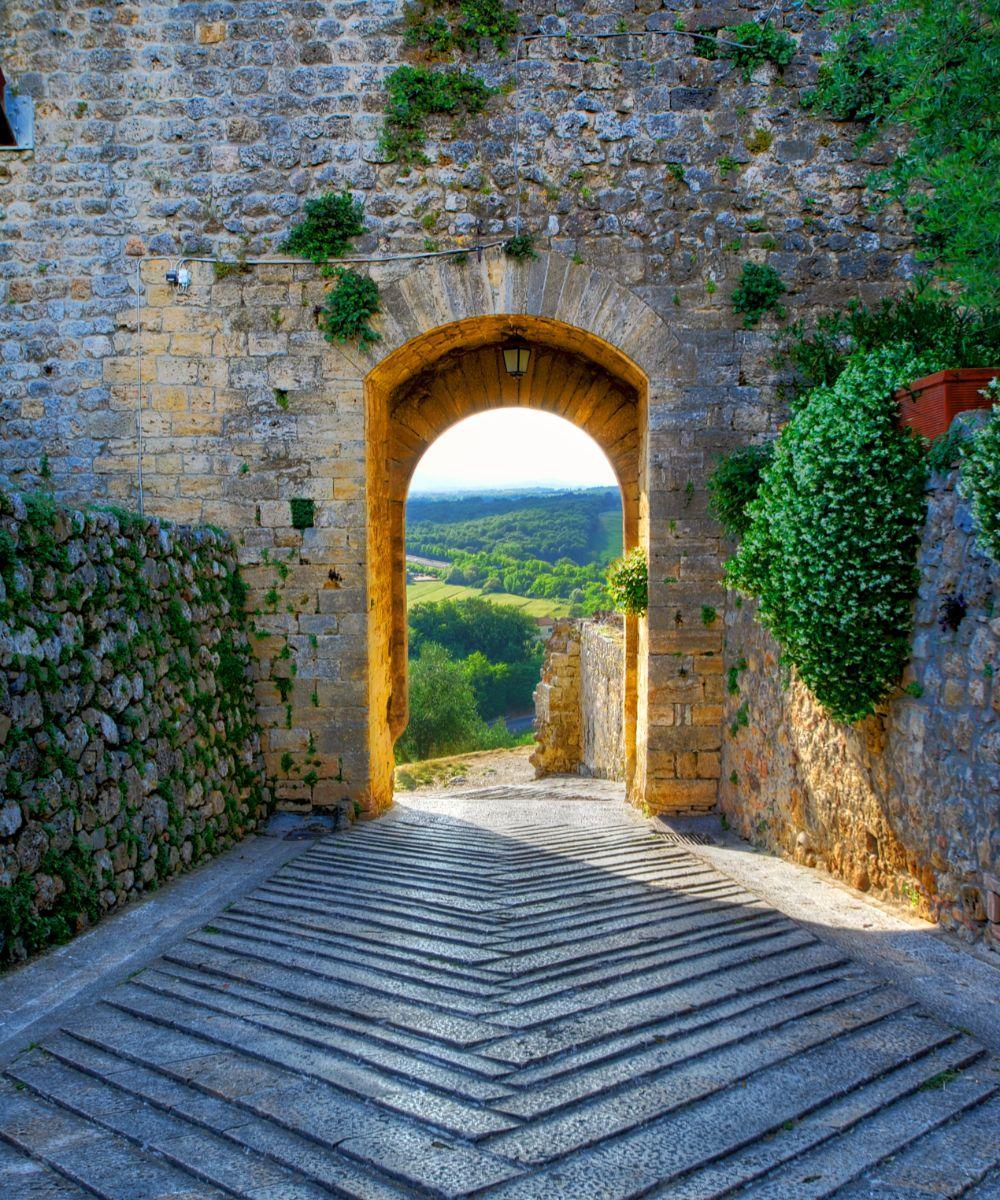 Reaching Monteriggioni is extremely simple, whether it is by car or by public transport. The village is served by the homonymous exit of the Florence-Siena motorway junction. It takes about an hour starting from Florence with moderate traffic, while just over a quarter of an hour starting from Siena. You can also reach Monteriggioni from Siena by avoiding the motorway, along the Via Cassia.

By public transport, on the other hand, you can use both the train and the bus. The most convenient train station is that of Siena but that of Poggibonsi can also be for you. The buses for Monteriggioni are those of line 130, which depart from Siena to San Gimignano passing through Poggibonsi. Also from Florence, you can reach Monteriggioni by bus. The line, in this case, will be 131.

What to eat in Monteriggioni 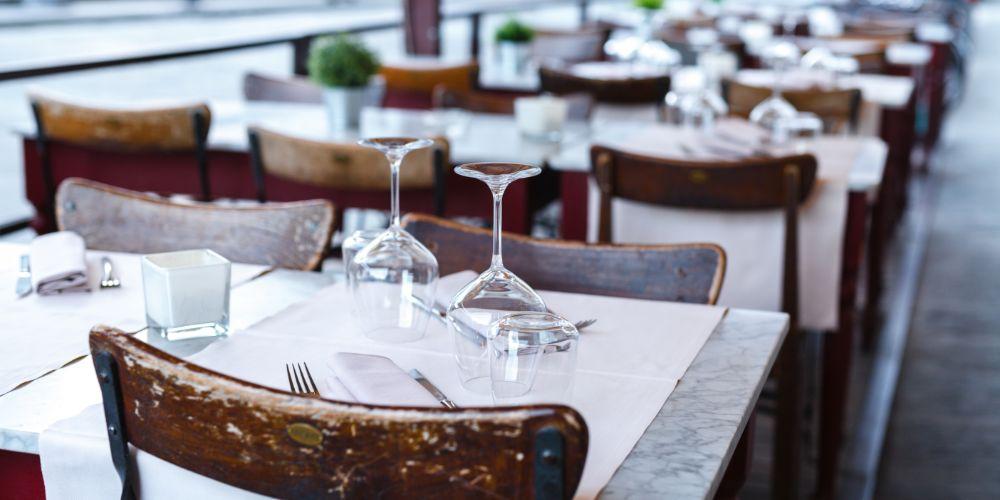 The geographical position of Monteriggioni on the border between the territory of the municipality of Siena and the lower Val d’Elsa leads to a wide choice of food and wine products characteristic of the Sienese and Chianti countryside. The local tradition is based on the cultivation of olive oil and wine. The oil produced in these lands is one of the Italian excellences with lots of certifications.
The oil is used on all dishes, even meat. In fact, like the whole Tuscan countryside, the Sienese one also offers some of the best pastures for the breeding of Italian cattle. The most popular genre remains the Chianina, now known all over the world.
The medieval tradition is also linked to hunting, in particular, wild boar used for multiple uses such as the famous ragù or seasoned cured meats
If, on the other hand, you want to avoid meat, you can also try many recipes based on mushrooms. The most popular are the porcini mushrooms to be tried grilled or as condiments for the famous fettunte, the famous Tuscan bruschetta.
The Tuscan culinary tradition also embraces pasta. You are spoiled for choice between homemade pappardelle, fettuccine and pici, which can be seasoned with boar sauce but also with various vegetable creams. 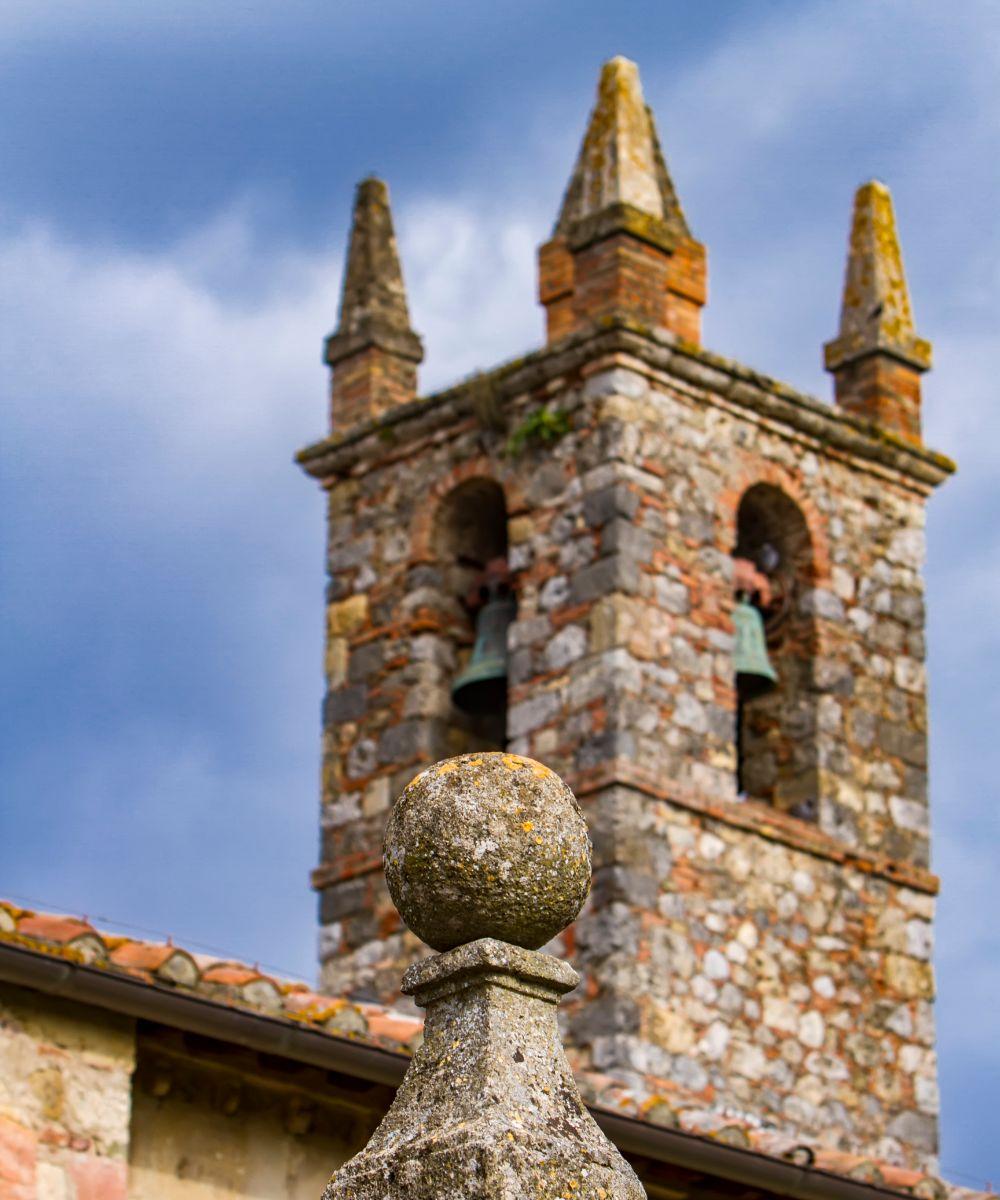 The history of Monteriggioni has very ancient origins. The medieval city with its walls was built by the Sienese on a hill in the early 1200s, to defend itself from attacks by the Florentines. The construction of castle by the Republic of Siena was built on Mount Ala in a strategic position on the Via Francigena, to control the Elsa valleys in the direction of Florence.

After the fourteenth century and up to the eighteenth century, the village of Monteriggioni saw a change in its government and its belonging between Siena and Florence, until the passage of the Griccioli family, which still maintains possessions in the castle and the surrounding countryside.

In recent years Monteriggioni has been included in a wider cultural route of the Via Francigena by the Council of Europe, becoming part of the Cultural Routes of the Tuscan countryside. 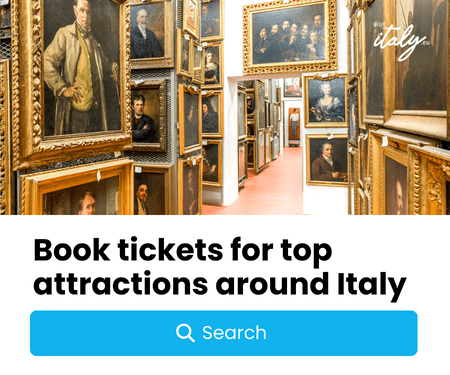