Catania public transport: get around the city at the foot of Etna

The updated guide on how to get around Catania. Discover the convenience of public transportation, buses and metro, of the city at the foot of Etna.

Catania, the so-called Black City because of the soot from Mount Etna that covers its buildings, is a perfect city to visit on foot. Rich in monuments that tell mostly of the city's Baroque era, its historic center holds most of the attractions.

The public transportation system, on the other hand, is efficient and serves not only the historic center but also the surrounding area. By bus, places such as the airport, the beaches, but also Aci Castello and Mount Etna are easily accessible.

Find out how easy it really is to get around Catania in this updated guide to the city's public transportation.

How to get around Catania by bus: more than 50 lines available

The city of Catania is well served by a dense network of bus routes. There are more than 50 bus lines and they cover every area of tourist interest.

The cost of a bus ticket is 1 euro and is valid for 90 minutes from the time of validation. On-board purchase is also possible, but at an increased fare.

The AMTS website presents all the routes, stops and their schedules. We highlight here the most convenient routes for tourist purposes:

- Line 504M, which connects the Plebiscito parking lot to the historic center.
- Line D, which connects Borsellino Square to the Plaia lidos. Beach lovers will certainly find it useful.
- Line 534, which goes to nearby Aci Trezza and Aci Castello.

One of the most important bus lines is undoubtedly the next one, which connects the city to its airport.

Alibus line: from the Airport to Catania center by bus

AMTS operates the Alibus line which connects the International Airport of Catania with the most important places in the city, like Stesicoro square, via Etnea, Corso Italia and the central station.

The ticket costs 4 euro and it lasts 90 minutes. It also allows the visitors to get on the other buses of the urban area. In case you buy it on board you'll expect a higher fare.

The bus that connects the center of Catania to Etna volcano is AST Company. It departs every day from Piazza Giovanni XXIII at 8:15 AM and arrives at Rifugio Sapienza at 10:15 AM. The return trip is at 16:30. The round trip fare is 6,60 euro per person.

In any case, if you are travelling to Catania for the first time, we recommend you to book a guided tour to explore the Volcano. The half day excursion is accompanied by an expert multilingual guide which will take you to explore all the wonders of one of the most extraordinary places in Europe. Check out all the details here!

Getting around Catania by metro

Catania Metro was inaugurated in 1999, the first metro in Sicily.

So easy to use, it presents just one line with 10 stops: Nesima - San Nullo - Cibali - Milo - Borgo - Giuffrida - Italia - Galatea - Giovanni XXIII - Stesicoro. The most important stop for visitors is Stesicoro because it's just in front of the historical center.

The price for a one ride ticket is 1 euro, and it lasts 90 minutes, the daily tickets costs 2 euros instead and it has to be used within midnight. You can also buy a ticket combining AMTS buses and metro and it costs 1,20 euro for 120 minutes' validity.

To summarize, the city is lively and often busy, but its visitors can indeed relax and enjoy its wonders, thanks to its great public transport network. 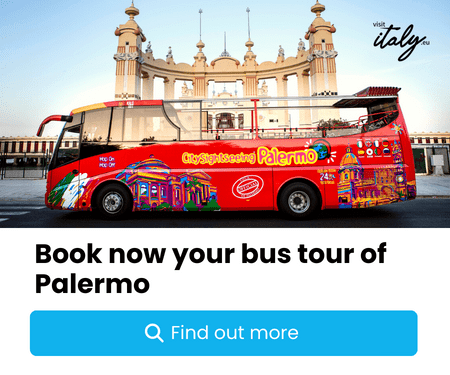