Campania: Aversa, the thousand-year-old city of music, the hundred churches and the polacca aversana

Aversa is a city in the province of Caserta, located in the centre of a flat area called agro-aversano. It is a millenary city rich in history and culture with important monuments and several typical products such as the asprino, the mozzarella di bufala and the polacca aversana.

Soon the city of Aversa will celebrate the thousand years of its foundation. It was founded in 1022 by Rainulfo Drengot, who settled in a fortified palace near the Church of Santa Maria a Piazza. They built the first urban core of the town around 1030, when it was donated as the first Norman county in Italy by Sergio IV, Count of Naples, to the Norman Rainulfo Drengot, for his help against the Lombard prince of Capua. Rainulfo Drengot, the founder, was a direct descendant of a lieutenant of the mythical Rollo. With a handful of Vikings (literally: "pirates") from the Danish peninsula, he was able to settle permanently in northern France and even obtained the recognition of King Charles the Simple.

Others joined this first agglomeration inside and outside the walls, and Aversa became a city of considerable size.

The city developed autonomously throughout the 11th century and enjoyed economic and cultural growth. It became a diocese subject to the Holy See around 1050.

THE COAT OF ARMS OF THE CITY OF AVERSA 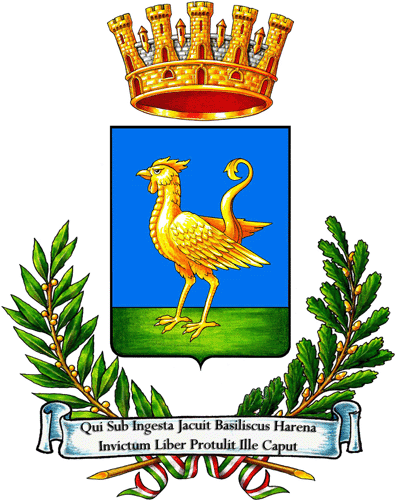 The coat of arms of Aversa is the basilisk rooster. The rooster represents the Normans, once known as Gaul, and the basilisk represents the Oscans, the area's ancient inhabitants. The basilisk, a legendary animal, illustrated with the body of a snake, the head of a rooster, wings and legs of an eagle, is a symbol of eternal life.

The coat of arms bears a motto in Latin, which translates as: "The basilisk that lay in the arena, free raised its head unconquered".

AVERSA, CITY OF A HUNDRED CHURCHES

Aversa is known as the city of the Hundred Churches: even today it is the second most important diocese in Campania. The spirituality of the citizens of the past and the history full of important events led to the construction of many churches belonging to different periods and present in one of the largest historical centres of Southern Italy.

Visit Italy has chosen the oldest churches in the city, the Romanesque churches.

One of the most important churches is certainly San Paolo, the Cathedral of Aversa started by Richard I in 1053 and completed in 1090 by his son. The work was entrusted to the Roman architect Carlo Buratti, while the stucco decorations are the work of Sebastiano Porciani. The façade is in Baroque style and has undergone many restorations due to the various earthquakes the city has suffered. The bell tower has three large bells and has retained a typically Norman style, and inside it is preserved the marble bust of Rainolfo's brother. The octagonal dome, one of the largest in the world, is of considerable beauty and features a canopy with eight marble columns and a metal cover. The plan of the church is in the shape of a Latin cross and the nave is very bright compared to the side aisles.

The Church of Santa Maria a Piazza is one of the oldest churches in the town, with a tufa façade and a bell tower that has remained unfinished. The interior is white except for the round arches and pillars, which are made of tuff.

The Church of San Giovanni was built in a village dedicated to San Giovanni, inhabited by fishermen and located near the first Walls of Aversa. The church has three naves and initially had three doors. In the same village we still find Porta San Giovanni, an example of the gates of the ancient city of Aversa.

The Monumental Complex of San Francesco, also known as San Francesco alla Villa or San Francesco delle Monache, deserves mention for its great historical and artistic importance. It still represents one of the most important monuments of the city of Aversa despite having undergone several changes and renovations over time. It bears witness to seven centuries of history.

Aversa has a strong musical tradition. Today there are many events dedicated to music.

Domenico Cimarosa is the most illustrious musician born in Aversa in 1749 to Gennaro and Anna Di Francesco. His birth certificate is still kept in the Church of Sant'Audeno, where he was baptised. Of humble origins, the young Domenico spent his early childhood in the Norman city, in Vico II Trinità, today Via D. Cimarosa Street. Today it is possible to visit the Casa Cimarosa, which houses the foundation, a museum and an auditorium dedicated to him.

Domenico Cimarosa is considered the greatest Italian musician of the second half of the 18th century and one of the great representatives of the Neapolitan musical school. He is a leading composer of Italian opera and in particular, of opera buffa. His most famous opera is Il Matrimonio Segreto of 1792. 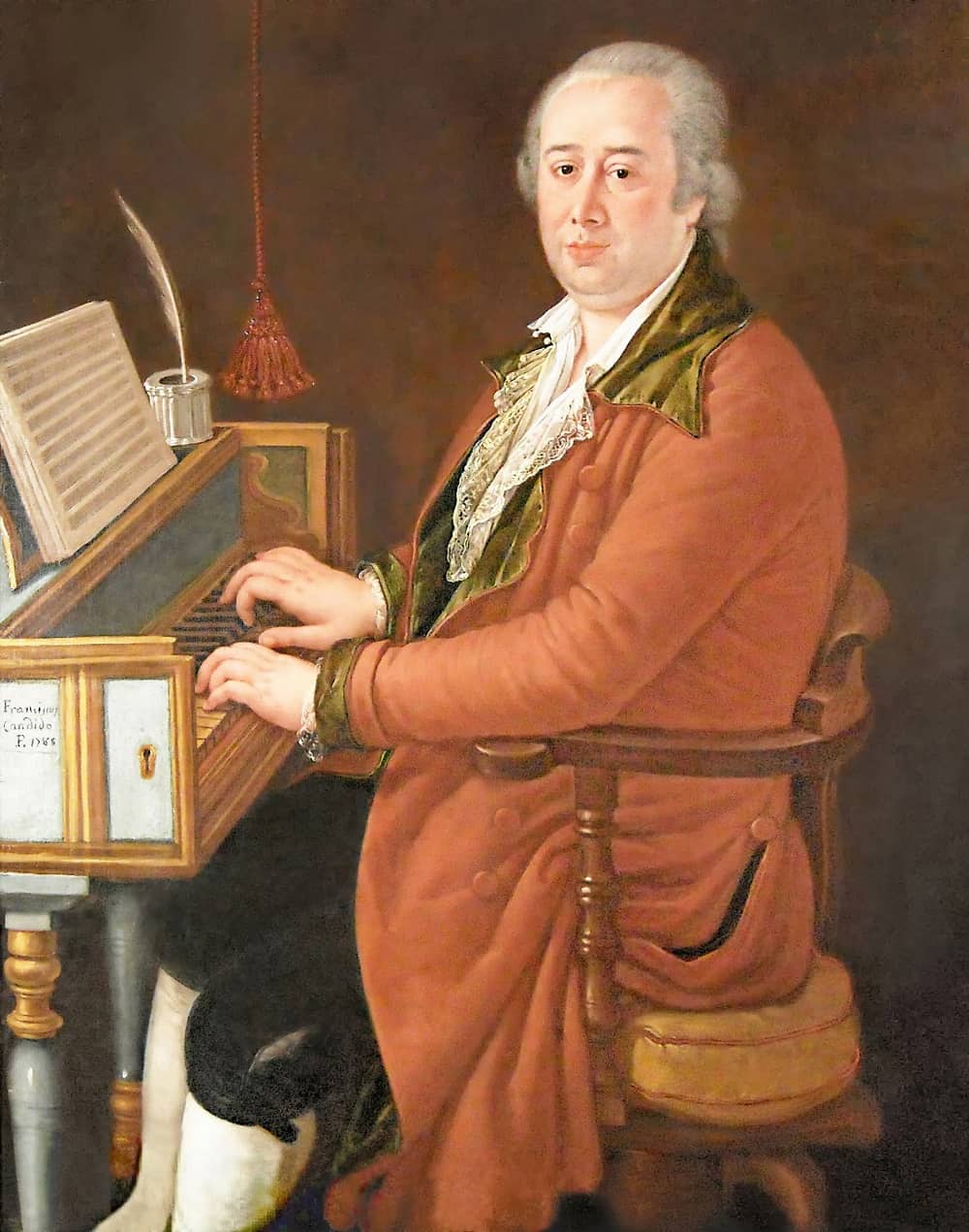 AVERSA AND ITS FOOD AND WINE TRADITIONS 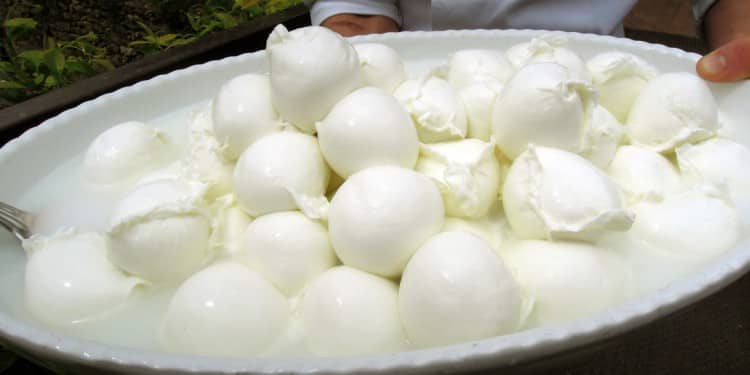 The city of Aversa is linked to the famous buffalo mozzarella, known in the area since the Middle Ages.

Asprinio wine is another typical product of the area: it is a DOC white grape variety whose production is allowed in the area of Aversa in the Caserta region. The vine gives better results when grown as a tree.

The plant is often combined with live stakes (elms or poplars) to form a vegetal barrier that can exceed 20 metres in height. It is said that the Bourbons used them as defensive barriers against enemy cavalry.

If you are passing through Aversa, breakfast with polacca is a must. The Polacca is the typical cake of the Aversa tradition, a soft brioche pastry with a heart of custard and sour cherry.

Legend has it that in the early 1900s in Aversa, in the province of Caserta, a nun of Polish origin lived in the Cappuccinelle Convent. In the 1920s, the nun prepared her own typical cake for her sisters. This recipe was reinterpreted in a traditional Campania key and so the Polacca aversana that we can still eat today was born.

The particular shape of the Polacca, halfway between a brioche and a croissant, is obtained by wrapping the dough around itself, strictly by hand. Polacca can also be prepared in the cake version to brighten up Sunday and holiday tables.

It is said that many famous people have tasted the polacca aversana, from John Paul II to the President of the Republic, Giovanni Leone, and the entrepreneur Agnelli.

The renowned Pink House pastry shop in Aversa has jealously preserved the original recipe for this cake with the aim of handing it down to future generations, preparing it exclusively in an artisanal manner with the knowledge and heart of its master pastry chefs and making it a must-have worldwide.