The anniversary of Piaggio's Vespa, a product of excellence of Italian industry

On the 29th March 1946, one of the symbols of Italy's economic boom was officially launched: the Piaggio Vespa. 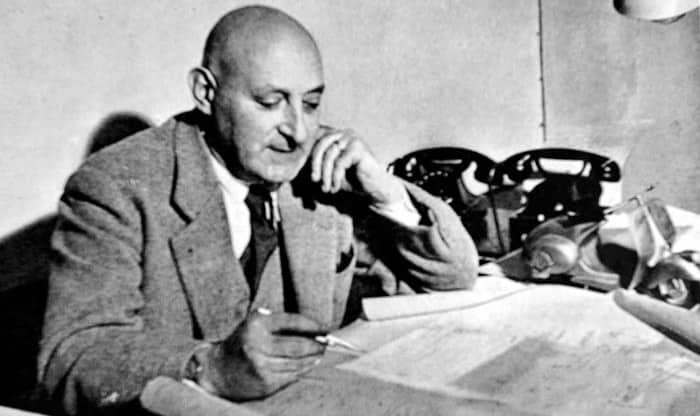 On the 29th March 1946, a new invention that would revolutionise the lives of Italians was unveiled in Rome for the first time in history: the Piaggio Vespa. The innovative moped was designed by Corradino D'Ascanio, an engineer from Popoli in Abruzzo, and was launched on the market by Piaggio, a company founded in 1884 in Sestri Ponente (Genoa) by Rinaldo Piaggio. In its early years, Piaggio was mainly involved in aeronautics, the war industry and rail vehicles, but gradually shifted its production towards a more commercial environment. D'Ascanio's patent marked a real turning point for the Ligurian industry, which had been seriously affected by the destruction of some factories by bombing during World War II, and led to its success and rise on the Italian and international markets.

The unusual name (Vespa means wasp!) was given to the new means of transport by Enrico Piaggio, Rinaldo's son and his successor in running the company's Tuscan branch, due to the moped's striking structural similarity to the famous insect and its unmistakable buzzing sound. The new means of transport was boldly presented at the golf club in Rome in the presence of the commander of the Allied Forces, General Stone, causing great uproar and conflicting opinions among the public. Some were negative about the new vehicle, describing it as unreliable and underpowered, while others praised its innovativeness as a brilliant engineering invention.

Obviously there is no doubt who was right!

The success of Piaggio's Vespa has been extraordinary, with more than sixteen million units manufactured since 1946. "Hundreds of thousands of swarms have buzzed" on the streets all over the world and have represented, especially in Italy, one of the most important symbols of the Economic Boom and the so-called "society of well-being". From the cinema to everyday life, from the journey to work to a picnic with the girlfriend, the Vespa has accompanied millions of Italians on their lives. And not only that. D'Ascanio's project has also received the honour of being included in the collections of the Museum of Italian Design at the Triennale in Milan and the MoMa in New York, as an illustrious example of brilliant Made in Italy creativity. A beautiful page of Italian history that we suggest you delve into by seeing if you have not already done so, a fiction produced by RAI (Radio Italian Television) in 2019 Enrico Piaggio. Un sogno italiano (An Italian Dream), directed by Umberto Marino and starring Alessio Boni, Roberto Ciufoli and Violante Placido.

So what are you waiting for? If you own a Piaggio Vespa, whether old or new, celebrate the anniversary with a nice ride around town, beating your horn in unison. And if anti-Covid regulations don't allow it, so be it. Send your good wishes from your garage and wait for better times...