Campania: in Irpinia, land of wines and authentic flavours, the successful project "adopt a vine"

It is a green land with breathtaking views for those who are passionate about nature and the countryside. Irpinia has been defined as the Ireland of Italy, by others the Switzerland of Southern Italy for its natural beauties, beautiful villages and landscapes immersed in the mountains. The project "adopt a vineyard" was born in this pleasant landscape.

Irpinia, with 117 municipalities, having Avellino as its capital, is the second largest province, by extension, of Campania after Salerno. Irpinia is well connected with Naples and the airport of Capodichino, which is less than an hour's drive.

There are many beautiful villages to visit. One of them is Taurasi: it is one of the main historical and enological centres of Irpinia. It has been frequented since the Neolithic age. It is possible to visit the small centre and the castle.

In Irpinia we suggest at least three places not to be missed. The first is Laceno Lake, an enchanting destination. In summer it is a destination for excursions, picnics and walks and in winter it also offers skiing. It is an area rich in beech forests, ideal for a nature hike in all seasons.

Then a second stop could be Piana del Dragone, a flat clearing surrounded by the Irpini Apennines of the Regional Park of Monti Picentini. Mount Terminio (1860 mt.) is the highest peak. In winter, the plain floods and gives life to the so-called Dragone Lake, which represents the most extensive hydrographic basin of Southern Italy.

Then it is also worth visiting the Oasis of Conza Lake, which is located within a Site of Community Importance (SIC IT8040007) in the municipality of Conza della Campania in the province of Avellino. It is also a WWF Oasis with a Visitor Center with a large room for conferences, an educational laboratory, a nature trail, observation huts, a green classroom for outdoor education and an equipped area for resting to facilitate contact with nature. 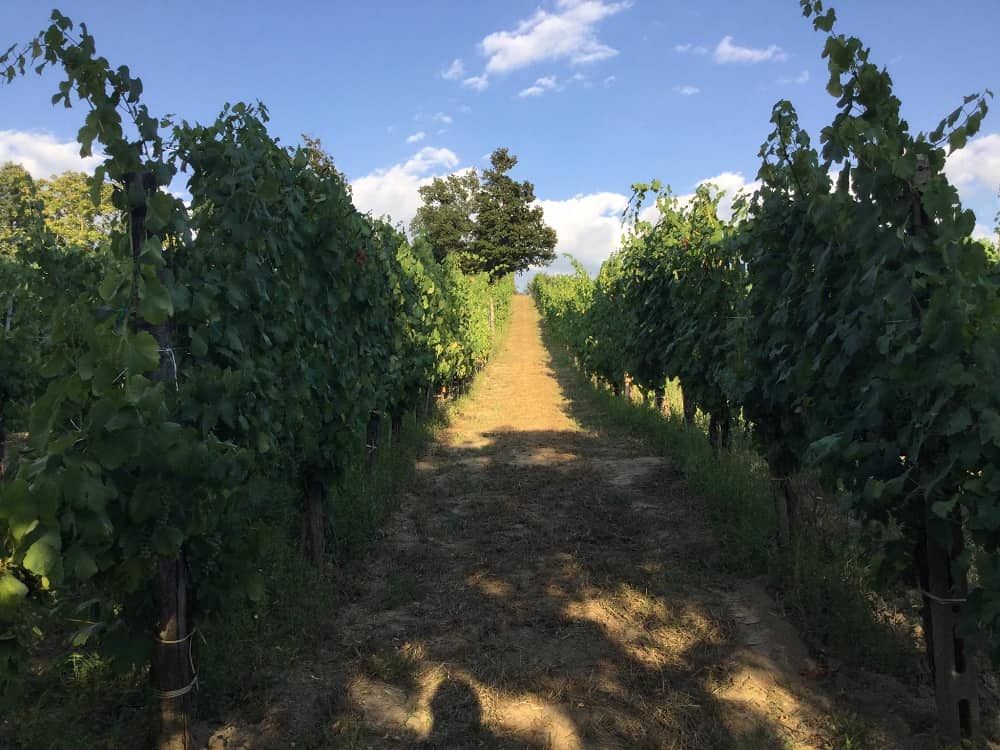 Irpinia is a land rich in culture and food and wine traditions: it is the first area of Southern Italy to have obtained the

Besides the three D.O.C.G. the territory of Irpinia also has the 3 DOC: Aglianico - Campi Taurasini - Coda di Volpe.
Those who come to Irpinia can taste at least 80 different Taurasi one from each other, 60 Fiano di Avellino and, equally, 50 Greco di Tufo. Different for characteristics from vineyard to vineyard, exposure to the sun, a climate which changes within a few kilometres, processing and philosophy of the winery; each one with its personality. There is so much to discover behind every bottle of wine that arrives on our tables.

Wine is not just "alcohol", but it is culture. It represents a territory, the history and the tradition of the place. 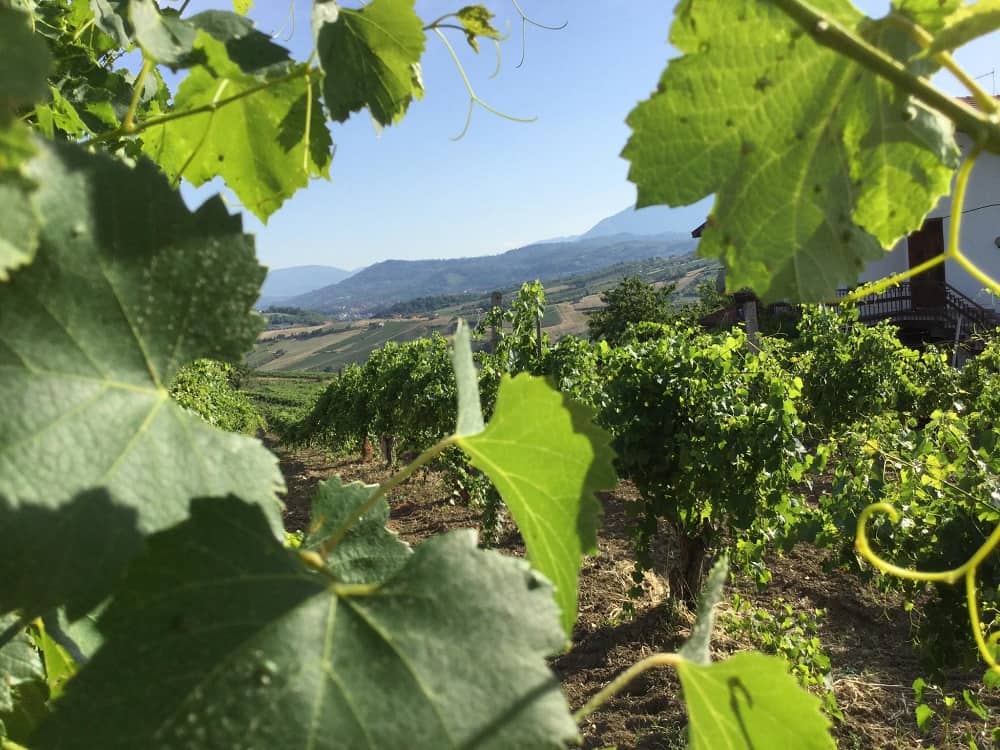 The authentic flavours and the typical products of Irpinia

Irpinia is not only a land of wines: typical products of Irpinia are countless. Here is a quick list: chestnuts, hazelnuts, the production of nougat, cheeses, cold cuts, the copper onion of Montoro, the figs of San Mango sul Calore, the broccoli of Paternopoli, the quarantino bean of Volturara and the quagliettani peppers of Calabritto and Senerchia. Irpinia is also a land of mushrooms and truffles.

In Irpinia, there is also a discipline for Oil that includes 38 municipalities. The extra virgin olive oil DOP Irpinia - Colline dell'Ufita has received an European recognition.

Did you know that from the Montella chestnut, you can also obtain a liqueur from its distillation?
It has also obtained Igp recognition.

Also, the chestnut of Serino DOP is becoming more and more famous and includes two local cultivars: the "Montemarano" and the "Verdole". The first one, also known as "Santimango" or "Marrone di Avellino", is considered by experts among the best Italian varieties, especially for the valuable characteristics of its fruits.

As far as cold cuts are concerned, we can mention soppressata and salami of Mugnano del Cardinale. As cheeses there are bagnolese pecorino and Carmasciano pecorino, produced in Rocca San Felice. There is also the black truffle of Bagnoli Irpino.

As for sweets, above all, the nougat stands out. They produce it with mastery in the area of Ospedaletto d'Alpinolo and in that of Dentecane, a mixture of hazelnuts and honey known in these parts since Roman times. 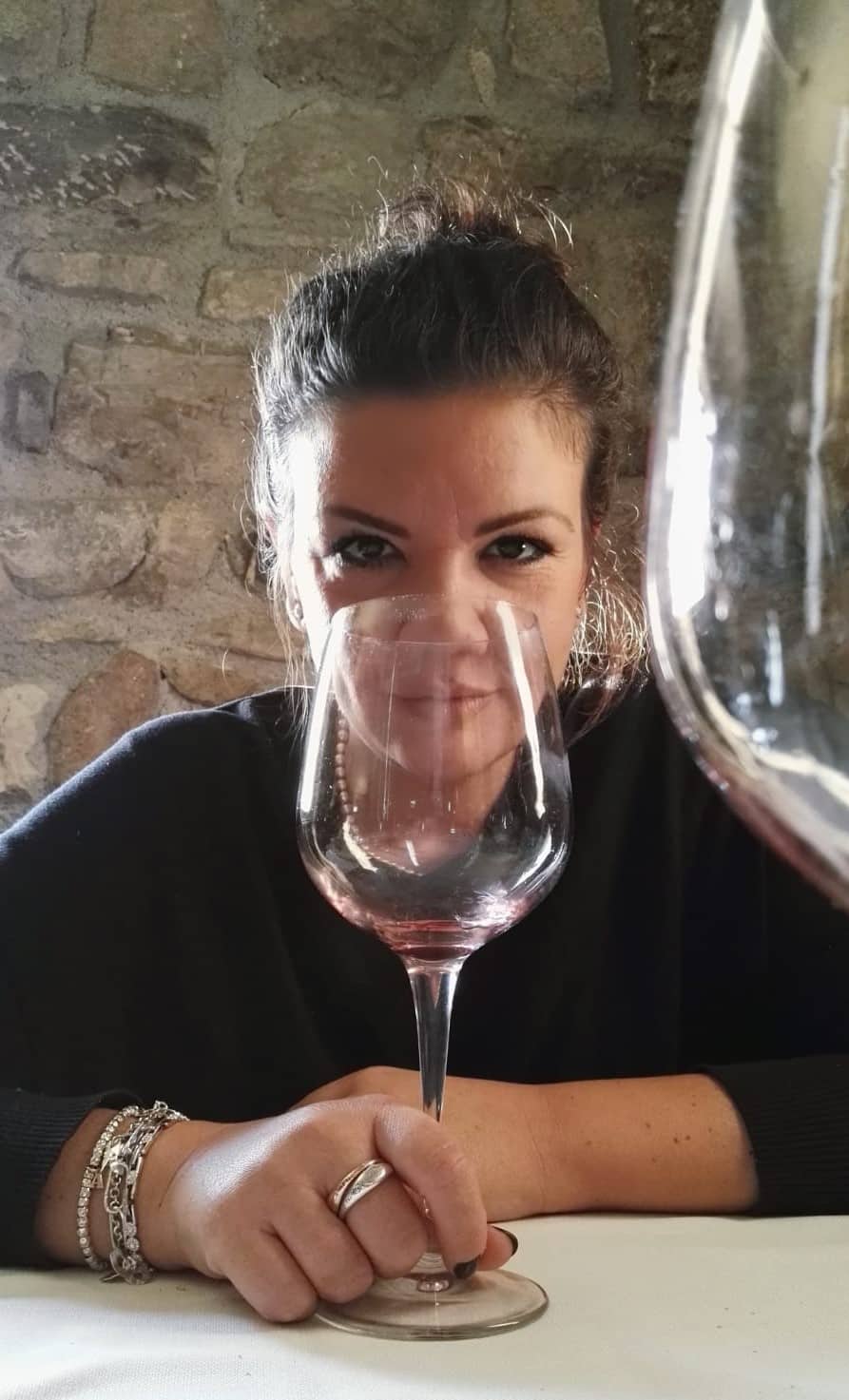 Do you want to adopt a vine? This particular project was born thanks to Vitigni Irpini: a project of tourist promotion of the territory started on June 26, 2018, by the social page "Vitigni Irpini" an innovative way to promote, through online tastings with wineries, the region of Irpinia. The idea was well received by both producers, professionals of the sector and simple fans of the world of wine.

What does adopting a vine consist in and why do it?

To receive bottles of wine from your row, for a truly unique wine.
Because you can have the joy of watching your grapes grow and come to discover the wonderful Irpinia and live an experience out of the ordinary. Because you contribute to preserve an area still intact, protecting the skilled work necessary for the birth of an Irpinian wine.
At "YOUR" vine will be placed the plate with your name and surname, you will follow the whole process from the growth of the vineyard to the bottling. You will be sent photos and videos of each working process along with the story of the producer. Vitigni Irpini and the producer will be waiting for you in Irpinia so that you can see "YOUR" vine up close, where the producer will tell you about it and make you live a day with a walk through the rows, a visit to the winery and a tasting. Adopt a vine is also a gift idea, a real emotion for wine lovers or professionals. Buying the package is not just giving a bottle of wine, but you are giving the gift of adopting a row of vines with the joy of coming to visit the vineyards and the winery.