5 traditional Epiphany desserts and where to try them

An Italian motto says, the Epiphany takes all holidays away. Unfortunately, it doesn't wipe out the typical Italian appetite! Below, we reveal 5 traditional Italian regional desserts recipes for Epiphany. Do you know them?

Pinza is a typical cake from Veneto, although the tradition to make it for Epiphany has moved to neighbouring Trentino and Friuli. It is a fluffy cake made with two flours and usually enriched with raisins, pine nuts and dried fruit. A drop of rum, grappa or vin santo never fails to season the tasty dessert. However, as it often happens with traditional desserts, each country, family and region has its own recipe version, with some ingredients added, changed or missing. Also known as Pinza de la Marantega (in Venetian dialect, Befana), the peasants would place this cake, carefully wrapped in cabbage leaves, under the burning coals of the bonfires prepared to celebrate Epiphany.

The recipe: To make pinza, you will need 00 flour, cornflour, dry brewer's yeast (optional), raisins, pine nuts, fennel seeds, dried figs, a small glass of grappa, sugar, butter, milk or water. The dough can be made in just over 20 minutes but needs to be cooked for at least an hour. If you add yeast, it must be left to rest until it doubles in volume. Once baked, the smell will overwhelm your home!

It is a traditional Piedmontese dessert made for Epiphany. It is a fluffy and tasty cake that needs a long rising time. This simple dessert made with butter, flour, milk and eggs is often given the graceful daisy shape. Depending on taste, it is sometimes filled with candied fruit, dried fruit, or raisins.

Apart from the flavour, the cake keeps a curious and fun tradition. The cake's petals hide a surprise: bite after bite, someone might find two dried fava beans, one white and one black. According to some customs, whoever finds the white one will be lucky all year round. Others say that whoever finds the black one will have to treat everyone to drinks. In any case, whatever the "game", the point is to increase curiosity about a basic, simple cake. Tip: watch your teeth!

The recipe: The dough is made of flour, butter, sugar, brewer's yeast, candied fruit (according to personal taste), egg yolks and milk. As you can see, the ingredients are simple. The secret is in the leavening: 12 hours. Once cooked in the oven, the focaccia is covered with coloured sprinkles.

These Tuscan sweets are shortcrust biscuits flavoured with rum and decorated with chocolate shavings or coloured sprinkles. The name comes from the shape they have. The biscuits are made with pretty Christmas moulds, so they look like little trees, stars, stockings, hats and other typical elements of the Christmas festivities. Traditionally, Befanini are baked on 5 January and eaten at the Epiphany feast. Usually, people have Befanini for breakfast dipped in milk or hot chocolate or munched as a snack in wine. Many people also put them in children's Christmas stockings (in which case, watch out for the rum!). The preparation is effortless, so children are often involved in the kitchen.

The recipe: as mentioned above, these are classic shortcrust biscuits. To make them, you will need butter, milk, flour, eggs, sugar, lemon zest, rum (optional), baking powder and sprinkles or chocolate chips. The fun part is making the shapes!

Buccellati are traditional Sicilian Christmas biscuits eaten throughout the festive season. However, tradition explodes in the kitchen with this dessert on 6 January. These simple shortcrust biscuits are filled with a delicious dried fig filling. As is often happens with traditional recipes, each family makes its own changes according to taste: some add cinnamon, some cloves and others prefer a jam or almond paste filling. Generally, these delicious biscuits are covered with coloured sugar icing. In short, an irresistible treat!

The recipe is simple, but it is essential to let the filling rest once prepared. You will need flour, eggs, lard, milk and sugar for the biscuits. Then, for the filling, your taste will guide you: dark chocolate, milk chocolate, white chocolate, toasted almonds, walnuts, toasted pistachios, mandarin jam, fig jam, cinnamon powder. Whatever your choice, the flavour is guaranteed!

Don't be afraid to try the unconventional...Abruzzese pepper biscuits! Pepatelli are simple biscuits representing the Abruzzo Epiphany. The biscuits give an intense aftertaste thanks to the contrast between the two main ingredients, honey and pepper. This marriage of ingredients comes from ancient traditions that create a perfect harmony of taste. The biscuits are also typical of other southern Italian regions, where they are served during all the Christmas festivities.

The recipe: the preparation is not complicated, but it must be done while all the ingredients are still warm. You will need honey, wholemeal flour, cocoa, almonds and orange peel. Do not forget the black pepper! 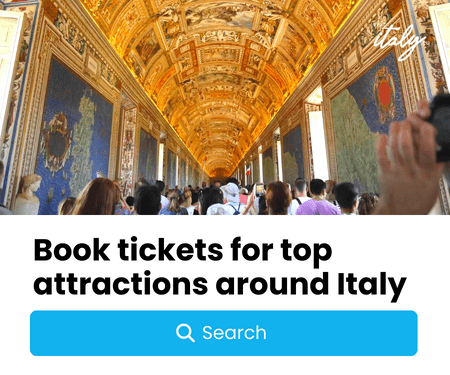