There are many Italian women who have contributed to the growth of the country's history. They are scientists, writers, activists, rebels and tenacious, a source of inspiration for women all over the world.

The women who changed the history of Italy take us to explore new horizons of this country. Each with skills that led them to become great: from women who win the Nobel Prize to women who directly conquer space, here are the 10 most important female figures of the Italian past and present.

Grazia Deledda is the first and only Italian writer to have won a Nobel Prize for literature. The bond with her homeland, Sardinia, shines through in most of her works. She describes with dedication the agricultural culture in which she sets her books and takes us back to the wild Sardinian lands of Barbagia.
Would you like to know this territory? Discover it HERE with Visit Italy!

I intend to remember the Sardinia of my childhood, but above all the profound and authentic wisdom, the almost religious way of thinking and living of certain old Sardinian shepherds and peasants (...) despite their absolute lack of culture, makes one believe in an atavistic habit of thought and superior contemplation of life and of things beyond life. Oriana Fallaci is the best known writer in Italy and her life is an adventure. Journalist, war reporter, activist, from her books shines her energy in addressing important issues. Her life was born and ended in Florence but she traveled all over the world, from East to West, to document and report in her writings the main events of her time. To this day his books are published all over the world thrilling readers of all ages.

Her life in Florence is very well told in a book 'A Firenze con Oriana Fallaci' by Riccardo Nencini. It is a sentimental journey through Florence following the life of the writer.

In 2016, the city of Florence dedicated a square to the writer in a special place, the Fortezza da Basso, a garden in the heart of the city that conveys joy, peace and serenity. These are also the values to which the writer always aspired in her writings. This is one of her best-known quotes: "Life has four senses: to love, to suffer, to fight and to win. He who loves suffers, he who suffers fights, he who fights wins. Love much, suffer little, fight much, always win".

Florentine I speak, Florentine I think, Florentine I feel. "Florentine is my culture and my education. Abroad, when they ask me which country I belong to, I answer Florence, not Italy. It's not the same thing. 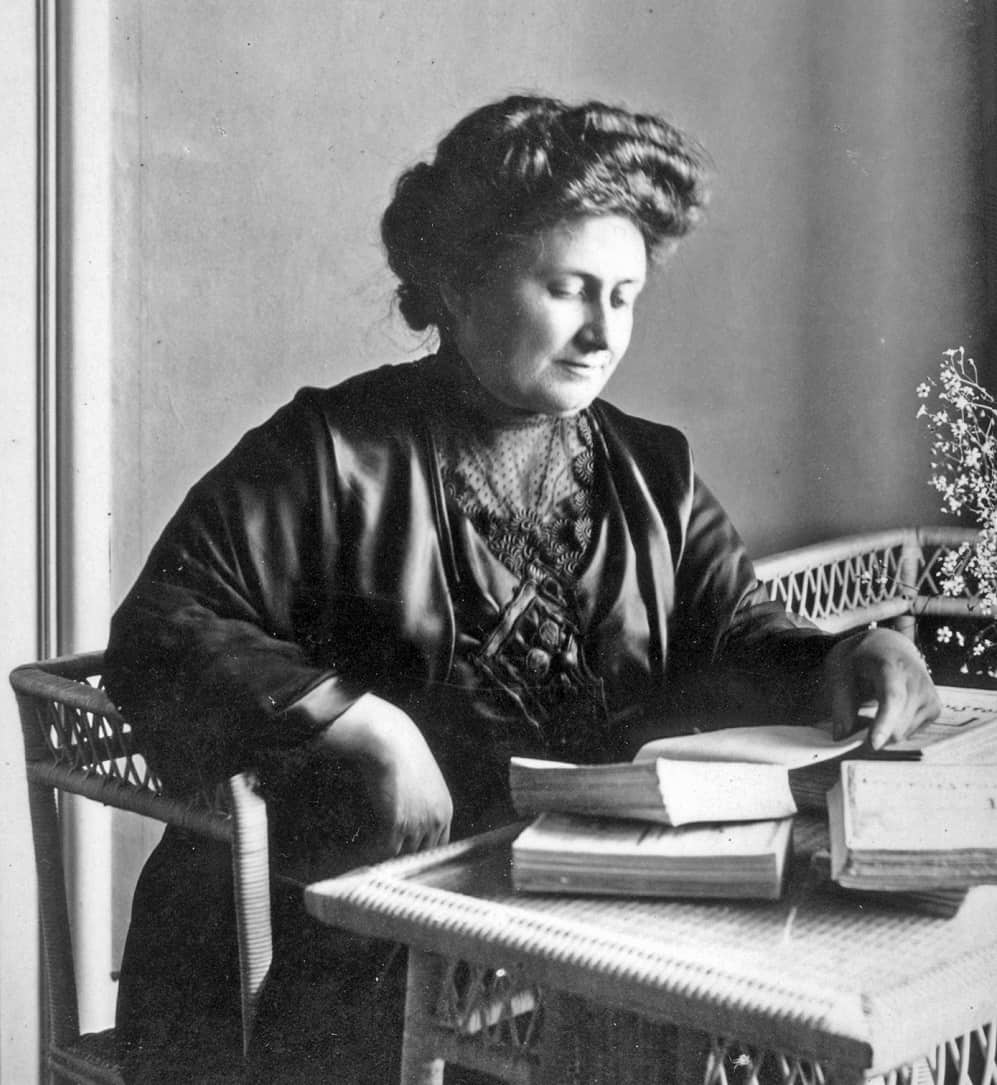 Maria Montessori is an Italian educator, pedagogue, philosopher, physician, child neuropsychiatrist and scientist. She is known throughout the world for having invented the educational method that takes her name and that is still adopted in thousands of preschools, elementary, middle and high schools in various countries. Anticipating the times, moreover, she is one of the first female medical graduates in Italy.  She is originally from Chiaravalle in the Marche region but lives most of her life in Rome and dedicates her life to children and their education.

In Chiaravalle, there is Maria Montessori's birth house, which is now a museum of the Marche region. In the birthplace in Chiaravalle, which Maria lived in with her family until she was five years old when, due to her father's work, the Montessori family moved to Rome, the life and thought of the famous Italian pedagogue has been reconstructed. 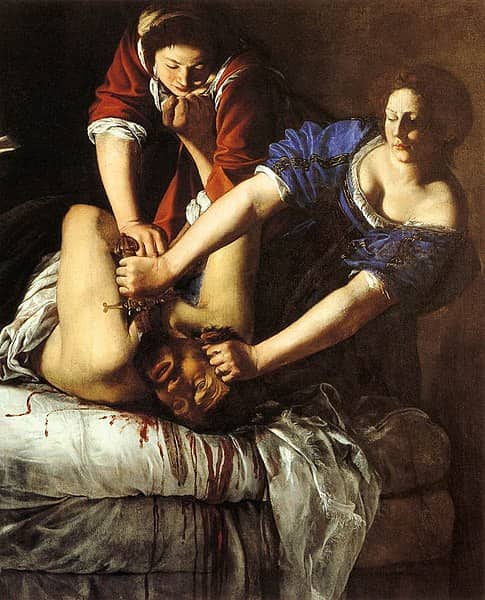 Artemisia Gentileschi is an Italian painter of the school of Caravaggio. Her fame has exceeded the Italian borders, still her works are exhibited in several European countries and beyond. In most of her works, Artemisia depicts strong and brave women, but her fame is not limited only to the artistic field: in 1611 she is a victim of rape and, ahead of her time, she decides not to remain silent, but to denounce the abuse and go to trial. His life winds between Naples, Rome, Florence and Venice. His most famous work "Judith Beheading Holofernes" is currently exhibited in the National Museum of Capodimonte, Naples. 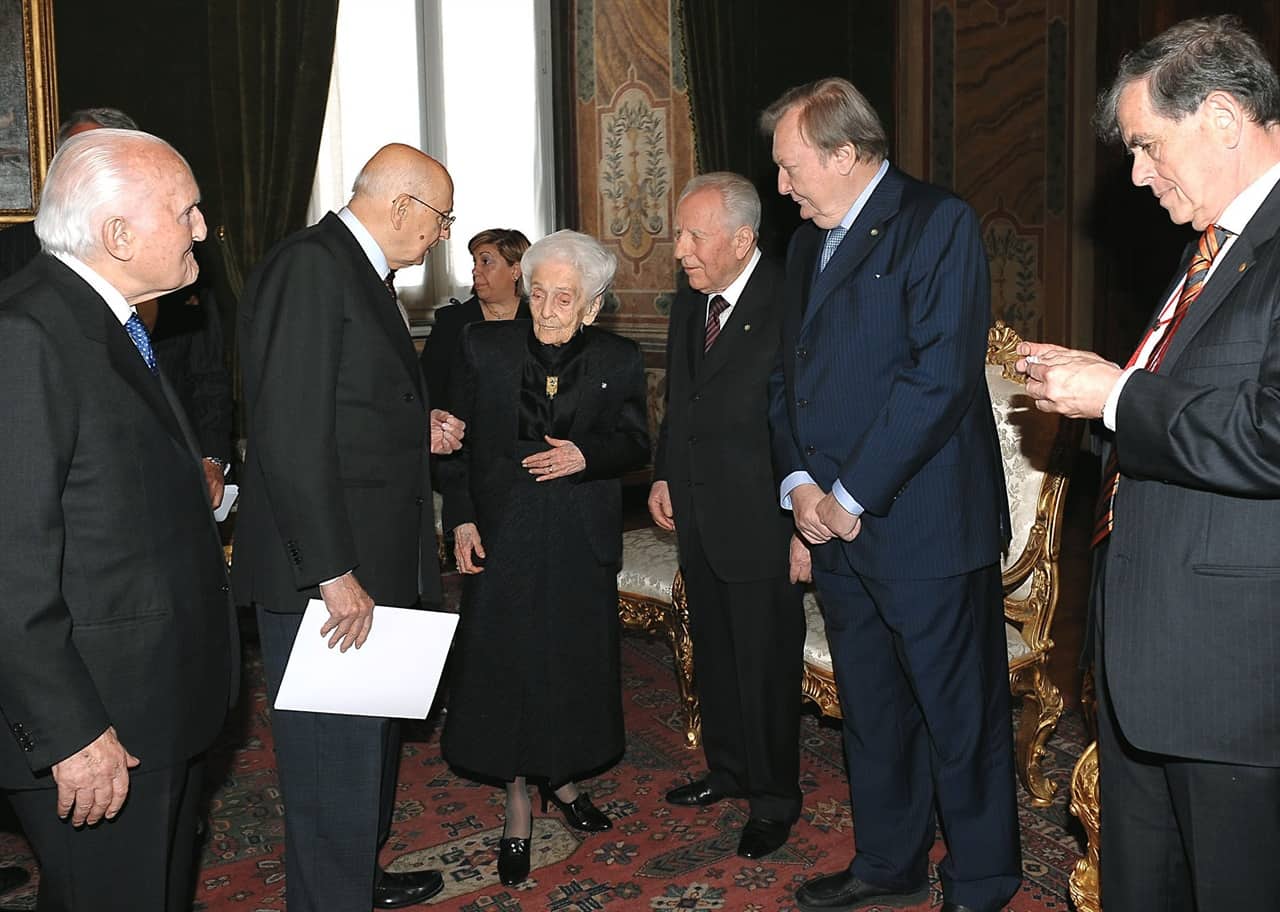 Rita Levi Montalcini, Italian scientist and neurologist won the Nobel Prize for medicine in 1986 and was one of the first women to become researchers in the field in Italy. She was elected senator for life in 2001, a position she held until her death in 2012 at the age of 103.

With her discoveries she changed the world. That is why we can say that he represents the whole of Italy, regardless of his origins and where he lived! 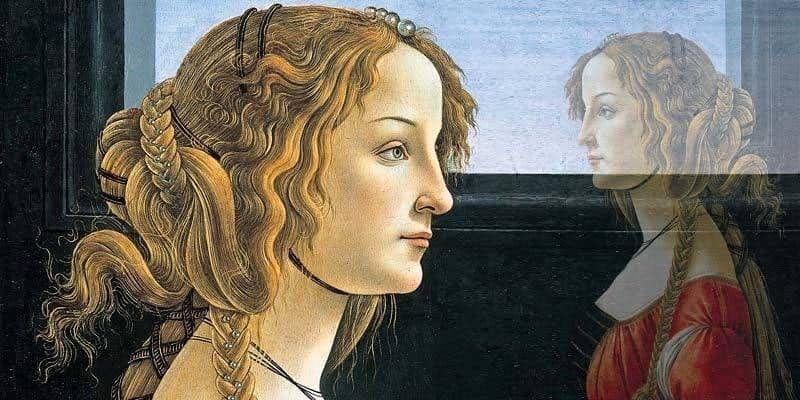 Matilde di Canossa is one of the most courageous female historical figures in Italian history. At a time when women had no role in society but to pass on the species of men, she came to conquer great power to dominate all the territories north of the Italian Papal States. Its possessions range from Lombardy to Emilia Romagna and Tuscany. One of the most beloved figures of the medieval era who, despite living in a difficult historical period, managed to assert her strength and courage.

I could not have written at that moment anything about flowers because I myself had become a flower, I myself had a stem and a sap 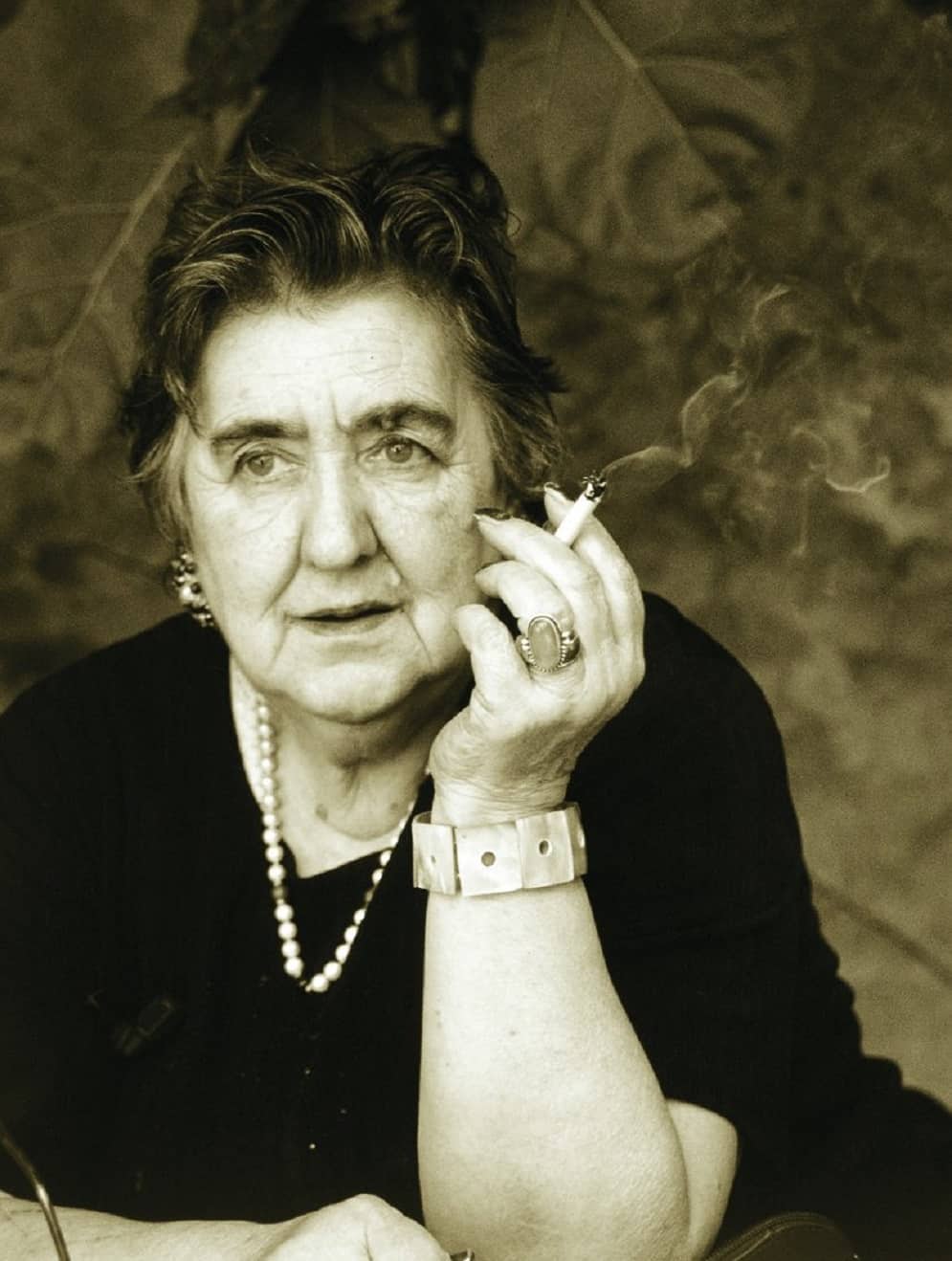 The poet Alda Merini has marked Italian literary history with her profound verses. The "poetess of the Navigli" took refuge in her writings to escape her bipolar disorder, this allowed her to write poignant and touching works.

Her remains rest in the majestic monumental cemetery of Milan; still poetry lovers go to visit her to remember the intensity of her poetry.

Many agencies and associations organise guided tours of Alda Merini's Milan for all lovers of literary tourism.

FURTHER INFO ABOUT ATTRACTIONS IN MILAN❯ 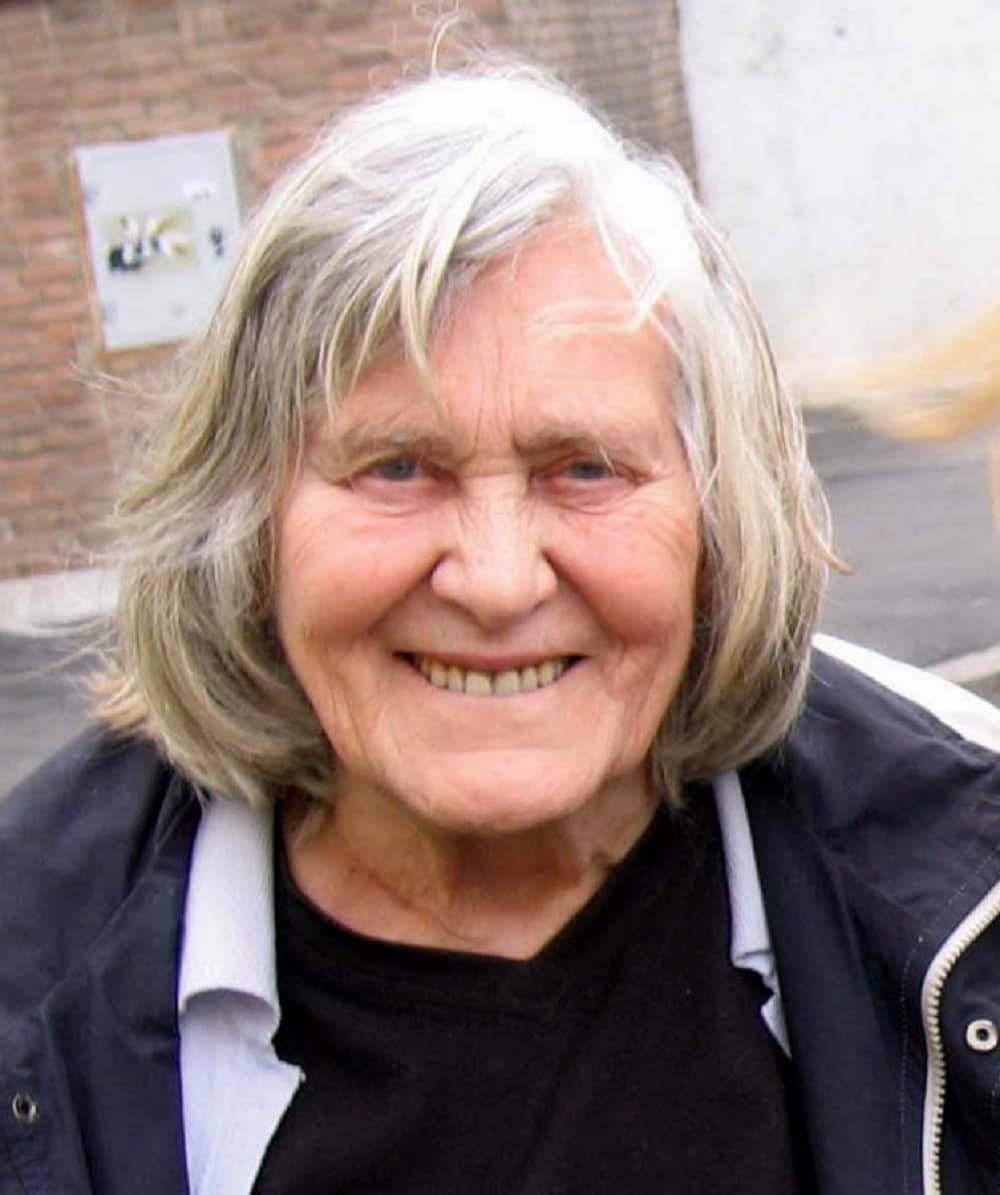 Margherita Hack is an Italian astrophysicist, academic, popularizer of science and activist. She is autonomous, independent and dedicates all her life to nuclear research and the fight for civil rights. Her free-thinking is still an inspiration to Italian women of all ages.

Hack had a special bond with Trieste: she arrived there in 1964 to teach astronomy at the university and never left. It was here that she became the first Italian woman to head an astronomical observatory.

If the stars, instead of shining continuously above our heads, were only visible from a particular place on the planet, everyone would want to go there to witness the spectacle. 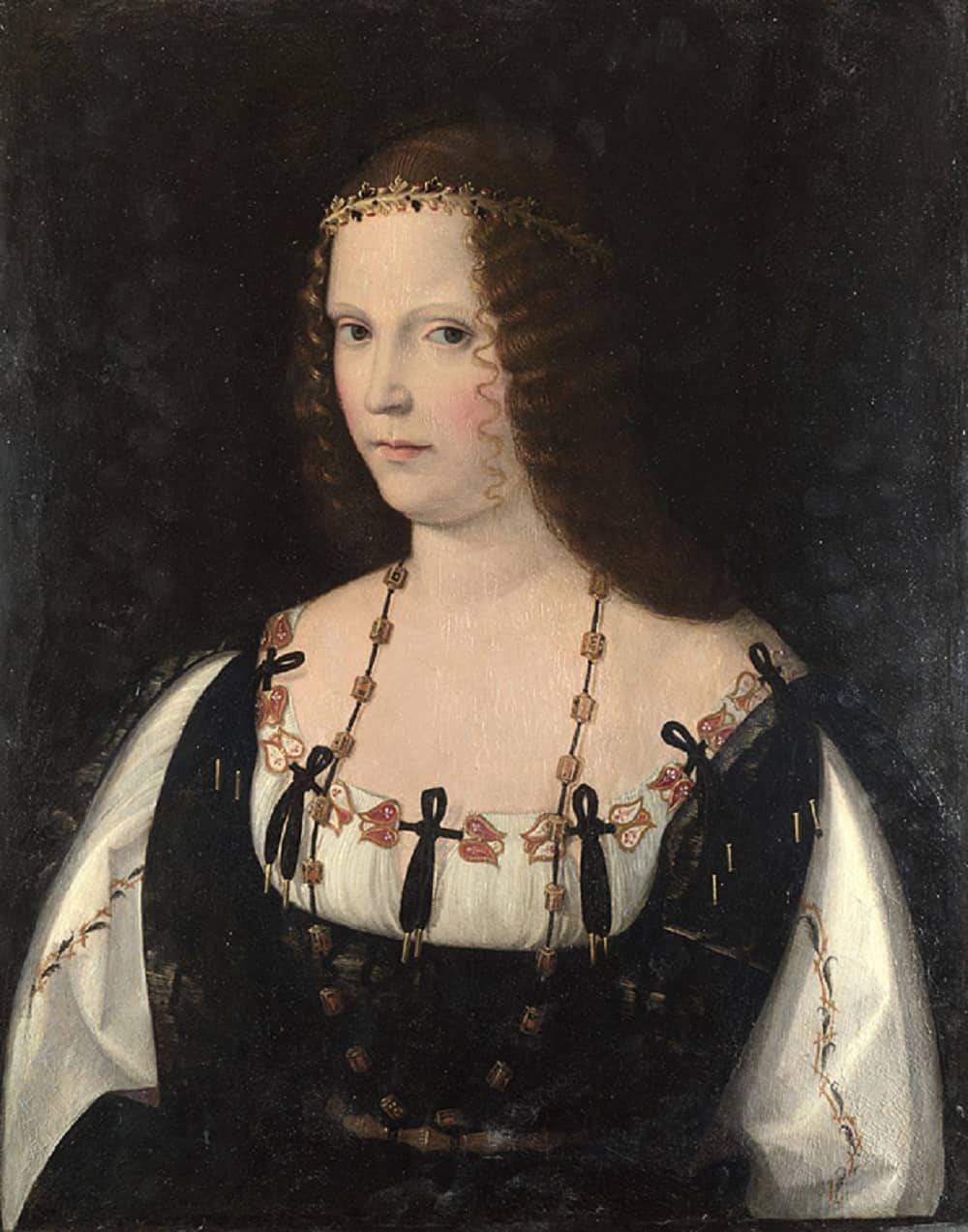 Lucrezia Borgia marked the Italian past with her passion. Daughter of Pope Alexander VI, sister of the famous Duke Valentino, she went down in history for her beauty and her many loves, but her ability in the political sphere is not to be forgotten. She administered and led the duchy of Ferrara with determination surrounding herself with poets and humanists such as Ludovico Ariosto, Pietro Bembo, Gian Giorgio Trissino and Ercole Strozzi. Samantha Cristoforetti was born in Milan but more than placing her in Italy we would place her in space! She is the first Italian woman astronaut to carry out a space mission with the European Space Agency, she is an aerospace engineer, speaks five languages and is also a military pilot. A spur for all women who want to go further and conquer the world and beyond!

Italy is also its women. Each of them has a personal history that reflects on that of the country in which they were born, the country that made them great and allowed them to conquer a role in the world.