Made in Italy: 4 productions of Salento's handicrafts

Made in Italy is a hallmark all over the world and covers a wide variety of products. What we want to talk about today is the excellence of Italian craftsmanship, more specifically that of Salento (the southern part of the Puglia region), because it deserves special attention. We are now going to show you 4 productions of Salento handicrafts.

1) Cartapesta, an example of the beauty of Italian craftsmanship 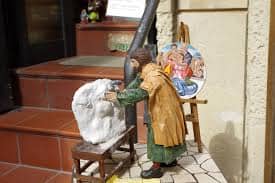 Among the most fascinating and characteristic Made in Italy productions is papier-mâché.

It is a true art, in fact, the master papier-mâché artists pass on their craft from generation to generation. Most of the production is of statues depicting saints, nativity characters, peasants and fishermen. They are not at all easy to make, only expert hands can take care of every detail.

The materials used are very poor: waste paper, starch glue, straw and iron wire for the structure of the object, hands, feet and head in terracotta. It doesn't seem true that from these poor materials come the riches of Italian craftsmanship.

It is truly fascinating to walk through the narrow streets of Lecce and come across a small papier-mâché shop: it is like being completely immersed in another universe. If you are looking for a souvenir, I recommend buying some characters from the nativity scene. After all, what better way to represent Made in Italy?

2) Pietra Leccese, the stone of the Salento tradition

Pietra Leccese is a calcareous stone typical of Puglia, known for its ease of processing. For this reason, it is often used in architecture and in the production of any object.

Walking around any town in the Salento, you will learn to recognise it: in churches, palaces and shop windows. The Pietra Leccese is used in a wide range of products, from household objects to furniture.

If you want to buy something in Pietra Leccese , browse the markets and you are sure to find something beautiful and characteristic. Although monochrome, Pietra Leccese brings colour, light and a touch of summer into our homes. I'd say that's a good reason to choose this jewel of Italian craftsmanship as a souvenir.

3) Terracotta whistles are a pride of Italian craftsmanship 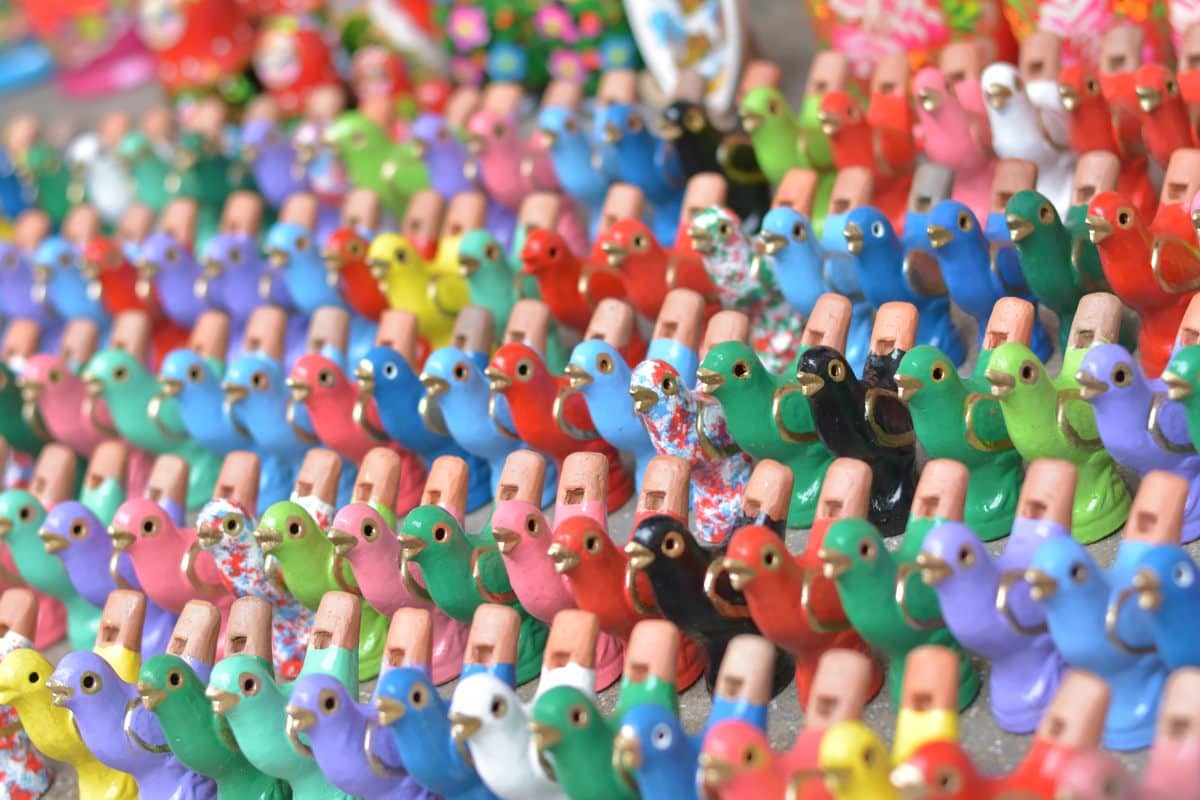 Terracotta whistles are one of the most unusual handicraft products in the Salento tradition. Made of clay, they come in different shapes and colours: simple, but the result of careful manual work.

They are especially popular in the area around the towns of Grottaglie and Rutigliano, where a particular type of clay called 'terra rossa' is common.

The first whistle made is really old, initially it was a cattle call, then it became a game for children. Now they are the symbol of an ancient culture and at the same time bring good luck to those who take it for themselves.

If you are looking for a special souvenir, the terracotta whistle is just what you need! You can take home a treasure of Italian craftsmanship.

4) Salento embroidery: a fascinating Made in Italy tradition 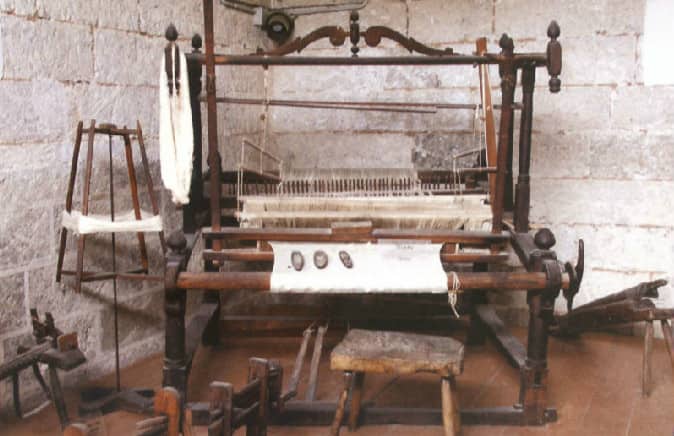 Embroidery is a production of Italian handicrafts, especially widespread in the south. In particular, Salento embroidery is unique in the world and is made with the classic pedal loom, made of olive wood.

It is very magical to watch the women embroidering on the loom; lace is a great boast of Salento's culture. Among the laces there is the one called "chiacchierino", made with a spool on the fingers and based on a quick but precise work, which allows to make doilies, finishing lace, trimmings for clothes and much more.

Strolling through the streets of the small towns of Salento, you will often come across old ladies embroidering outside their homes.

Embroidery is so important to Salento culture that the Museum of Hand Embroidery and Lace was created in Castrignano dei Greci.