Among the World Heritage Sites in Italy there are the "beech forests". Woodland located along the Apennines, which constitute an exceptional ecosystem

Italy is the country with the most UNESCO World Heritage Sites, 58, of which only five are naturalistic: in addition to the ancient beech forests, there is the geology of Etna, the Dolomites, and Mount San Giorgio, as well as the volcanic territories of the Aeolian Islands. This uniqueness makes these woods a different heritage compared to others.

Emphasizing the importance of nature has been a primary mission for UNESCO since 1978, the year in which it began to compile the list of heritages. These forests, however, are not only a heritage of Italy, on the contrary, but the ancient and primordial beech forests of the Carpathians, Alps, and other regions of Europe are located in 18 European countries: Albania, Austria, Belgium, Bosnia - Herzegovina, Bulgaria, Croatia, France, Germany, North Macedonia, Poland, Czech Republic, Romania, Slovakia, Slovenia, Spain, Switzerland, and Ukraine.

The ancient beech forests of Italy, where nature becomes a priceless treasure 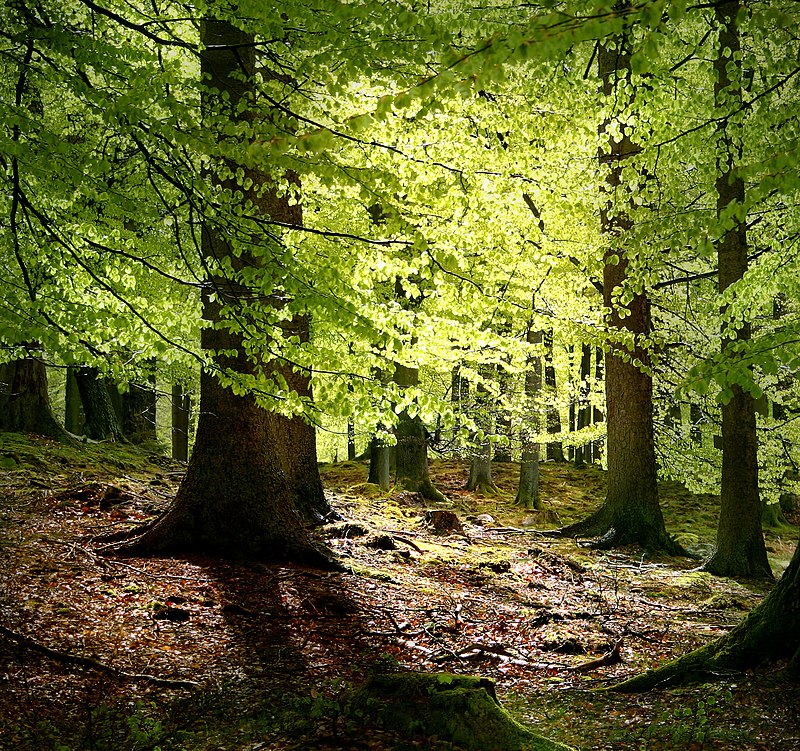 Italy, however, carves out an important space with wonderful places ranging from the center-north to the south of the country along hundreds of kilometers of the Apennines in regions such as Emilia-Romagna, Tuscany, Abruzzo, Molise, Lazio, Puglia, and Calabria. They have been selected by Unesco according to criterion IX "to constitute significant examples of important ecological and biological processes at work in the evolution and development of ecosystems and of terrestrial, freshwater, coastal and marine plant and animal environments".

Understanding the spread of beech (Fagus sylvatica) in Europe also helps us to comprehend the history and environmental evolution of the old continent. These primordial forests, in fact, began to form at the end of the last ice age in mountainous areas such as the Alps, the Pyrenees, and the Carpathians, and in a few hundred years they managed to establish themselves in all the land.

It is therefore interesting to understand the wide diffusion of this plant species and how it has modified the environment until the construction of the present ecosystem, rich in flora and fauna. Extraordinary biodiversity, the patrimony of the earth and today recognized also as patrimony of men.

As we have already said, this is a transnational site, with a more or less homogeneous distribution in Italy. The macro-areas belonging to this Unesco site are six in all: the forest of Cozzo Ferriero in the Pollino National Park, the ancient forest of Monte Cimino in the Province of Viterbo, the forest of Monte Raschio belonging to the Regional Natural Park of Bracciano - Martignano, the Umbra Forest of the Gargano National Park, the beech woods of Valle Cervara, Selva Moricento, Coppo del Morto, Coppo del Principe and Val Fondillo in the National Park of Abruzzo, Lazio and Molise, and finally the Riserva Naturale Integrale di Sasso Fratino in the National Park of the Casentinesi Forests, Monte Falterona and Campigna.

In some specific areas, it is also possible to come across rare animals such as the Apennine wolf, the Abruzzo chamois, or the Marsican bear, the latter mainly in Abruzzi, but in general, they are all territories with a very high faunal diversity among birds such as the Red-cockaded woodpecker or the Golden Eagle, different species of mammals or even insects such as the Alpine Rosalia.

In short, even nature and the ecosystem can be considered a priceless heritage of humanity. In a time like ours where climate change frightens new and old generations, understanding the variety of nature is the only way to live and safeguard ourselves within our macrocosm.