The Longobards, pagan people of Germanic origin converted to Christianity, were among the main protagonists of the Italian Middle Ages. Their cultural heritage left to Italy is enormous.

Longobards in Italy: Places of the Power. UNESCO World Heritage

In 2011 the most significant examples of Longobard architecture and art were included in the UNESCO World Heritage list. They constitute a complex of 7 sites spread throughout Italy from north to south. The inclusion took place on the basis of criteria II, III and IV, that is to say, the evidence they offer of the art developed in Italy between the 6th and 8th centuries; the establishment of a clearly identifiable cultural reality; and the important role of transmission of historical and cultural heritage through the centuries. Their integrity also perfectly restores that idea of power that they wanted to express. 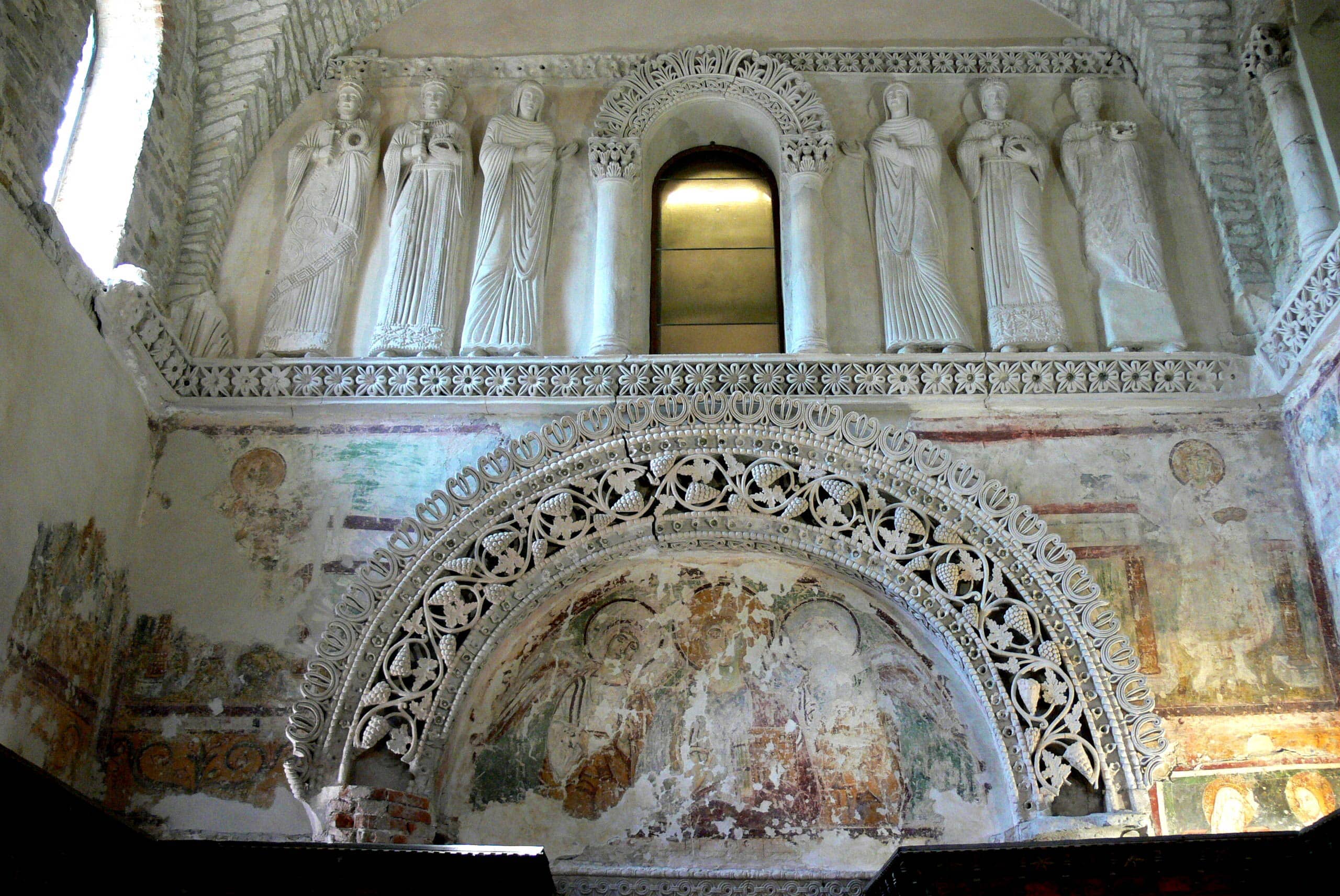 In the province of Udine, in Cividale del Friuli (ancient hamlet) there is the so-called Tempietto Longobardo. It was built in the 8th century as a chapel of the monastery of Santa Maria in Valle (today of the Ursuline nuns), in which it is still inserted. With its vaults, arches and stucco is a splendid example of coexistence of Roman, Longobard and Carolingian artistic elements.

In Brescia stands the Monastery of Santa Giulia, with the church of San Salvatore inside. Wonderful place to visit, was founded at the end of the 8th century at the behest of Duke Desiderio, future king of the Longobards and father of the consort of Charlemagne. The complex is one of the main examples of the cultural and institutional role that religion played in the Longobard era.

Castrum in Castelseprio/Sailko/Wikimedia/(CC BY 3.0)/Mod

In the province of Varese, within the Archaeological Park of Castelseprio, resist the ruins of the ancient castrum, a fortified settlement founded at the end of the 5th century with military purposes. The defensive walls, interrupted by bastions and entrance tower, surround a series of civil structures, including houses, wells and roads. Religious buildings stand out here too, such as the fascinating ruins of the Basilica of San Giovanni and the baptistery. 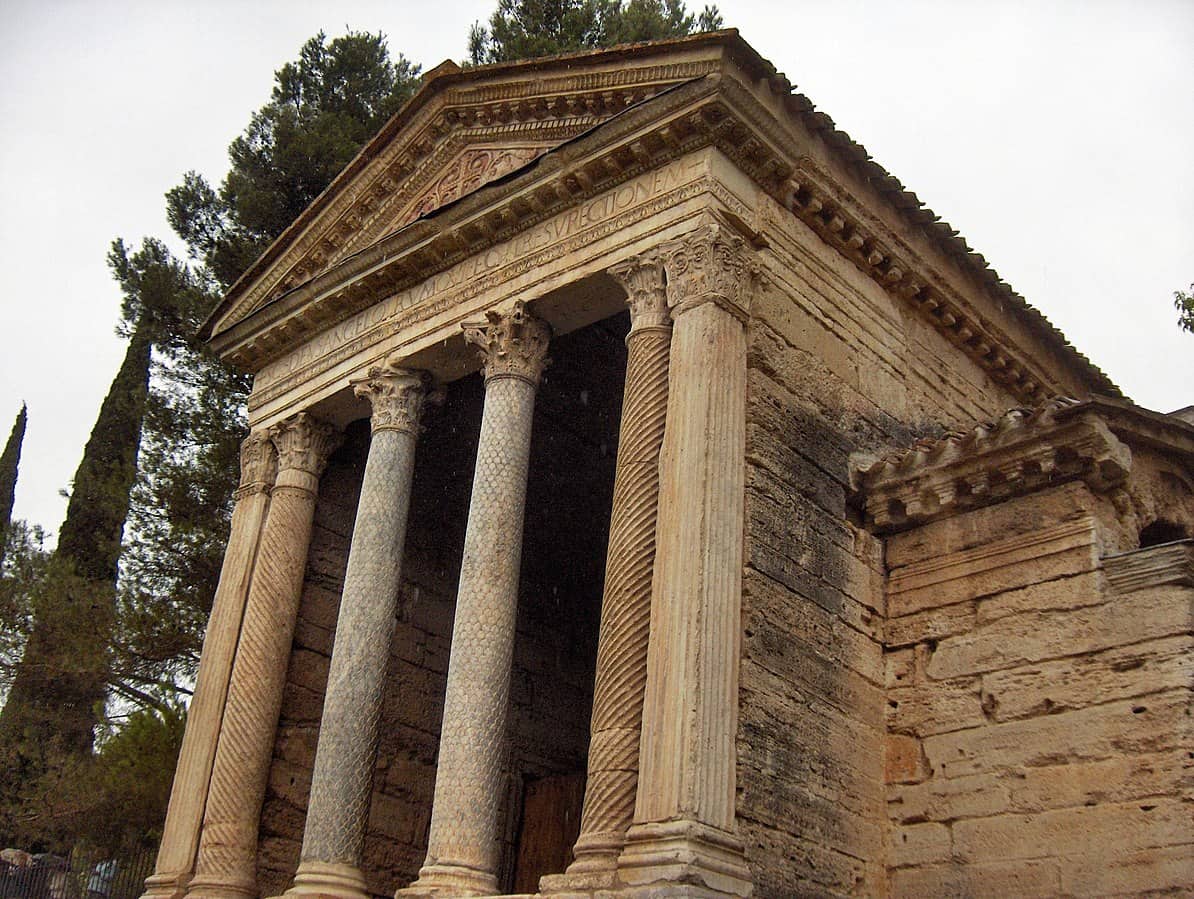 The Campello sul Clitunno, near Perugia, is a small church dedicated to San Salvatore, small but very special. Although it is in fact a Christian place of worship built certainly in the Middle Ages (perhaps with the reuse of pre-existing materials), it is actually conceived and built entirely as an ancient Greek temple. The interior is embellished with frescoes of the 7th century.

3. Basilica of San Salvatore in Spoleto

Still in the province of Perugia, in Spoleto stands the Basilica of San Salvatore. Around the 8th century the Lombards completely rebuilt an earlier Christian church. Also in this case architectural elements typical of Greek culture and medieval Italy coexist harmoniously, almost legible as an anticipation of Romanesque art. The paintings and stucco are unfortunately lost, also because of the subsequent tampering, but remain indelible the majesty and all the charm of the structure.

2. Church of Santa Sofia in Benevento

Benevento was one of the most important Longobard duchies. The Church of Santa Sofia today has a rather modern look, but it is a building of the 8th century, which combines the Longobard style with the Baroque and Romanesque. It also contains references to the architectural models of Pavia (Longobard capital), as well as the homonymous church of Constantinople. The building has in fact a circular plan and recalls Byzantine art in the volumes. The surviving frescoes are linked to local painters, active between the 8th and 9th centuries.

The veneration of Saint Michael the Archangel is a phenomenon that takes the name of culto micaelico (Mycaelic worship), widespread throughout Europe, just think of Mont Saint-Michel in France. The Longobards took him to the province of Foggia, to Monte Sant'Angelo, creating crypts that lead to the underground cave. Here, according to legend, the archangel made his appearance. The splendid Gothic sanctuary with its bell tower are instead of the 13nth century and welcome the hundreds of pilgrims who still flock to the sacred and fascinating underground place.