Between Italy and Switzerland, across the Swiss Alps, there is a railway line that is so impressive that it has been declared a World Heritage Site. What is it?

The Rhaetian Railway in the Albula and Bernina landscapes departs from Tirano in the province of Sondrio in Lombardy and arrives in Switzerland in the canton of the Grisons, in St. Moritz, passing through the Swiss Alps before finally reaching Thusis.

Commonly known as the "Bernina Red Train", it is an important tourist destination and an essential means of transport for locals. The Rhaetian Railway is a mountain railway consisting of several sections, but only two are included in the UNESCO World Heritage List: the Albula Railway, which links Thusis and St. Moritz, and the Bernina Pass Line, which links St. Moritz and Tirano. 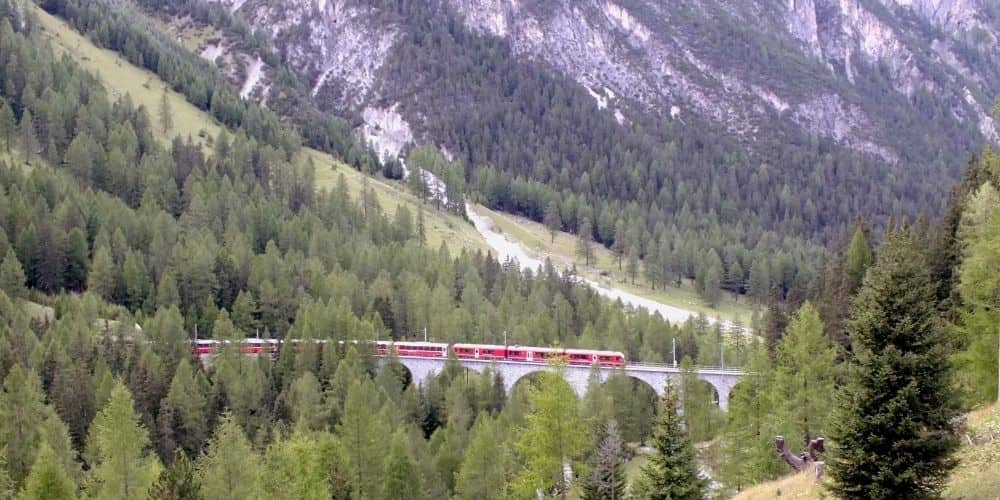 The Rhaetian Railway, with its unique mountain routes, offers unforgettable travel experiences through the entire Grisons region and beyond, all the way to Italy. The world-famous railway is located in some of the most beautiful landscapes in Switzerland. It all began with the opening of the first section, from Landquart to Klosters, in 1889. Today the network consists of 384 kilometres of railway in the heart of the Swiss high mountains.

In 1888, the railway pioneers of the canton of Grisons realised their plan for a mountain railway. On the initiative of the Dutchman Willem-Jan Holsboer, they founded the Landquart-Davos AG narrow gauge railway in the same year. Work began in the same year and the first section, the Landquart - Klosters line, was opened in 1889. As early as 1890, the first steam trains ran from Landquart to Davos, followed by routes to St. Moritz, Disentis and Scuol-Tarasp. Thanks to the merger with the Arosa and Bernina Railway, the network was extended. 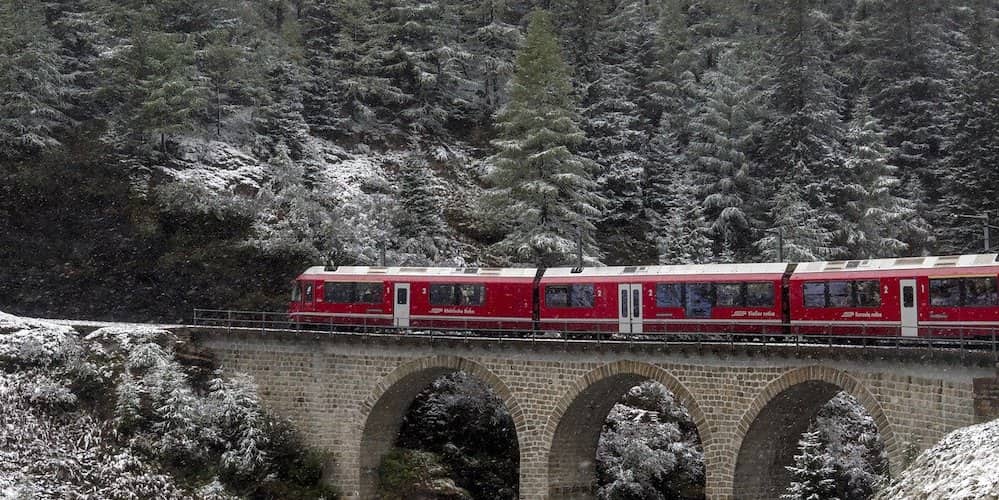 The Albula Railway is a classic narrow gauge mountain railway for steam trains, located in the Swiss canton of Grisons and opened in 1903. It runs 62 km from St. Moritz to Thusis. There are several noteworthy architectural structures along its route, such as the Landwasser viaduct. The line was initially steam-powered, then electrified in 1919 with direct current, later replaced by 11KV alternating current.

Inaugurated in 1910 after four years of construction works, the Bernina Line reaches a maximum altitude of 2,253 m with impressive railway engineering, making it the highest adhesion railway in the Alps and one of the steepest in the world. The section between St. Moritz and Tirano connects Italy and Switzerland, with a total length of 61 km through 13 tunnels and 52 viaducts. 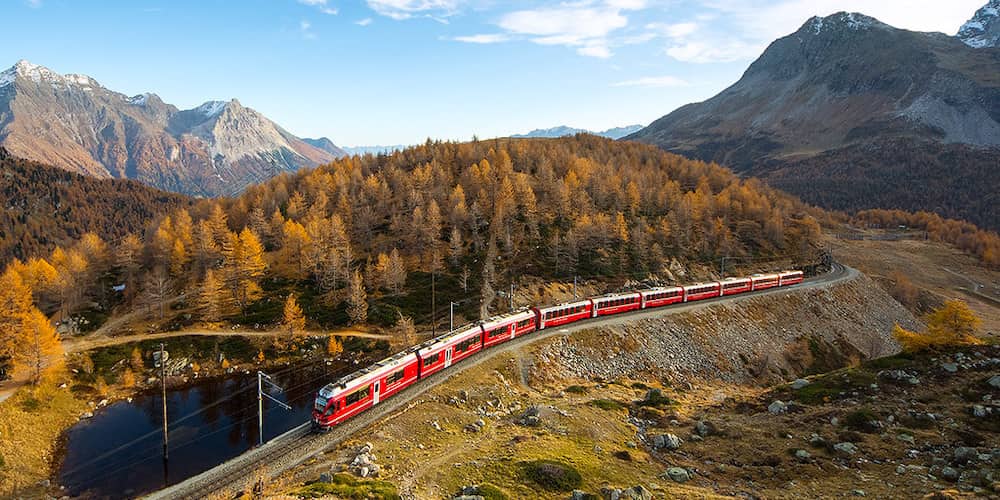 In 2008, the two sections of Albula and Bernina were declared a UNESCO World Heritage Site because they represent an exemplary railway development for the disenclavement of the Central Alps at the beginning of the 20th century. The Rhaetian Railway line from Thusis to Tirano, in Italy, is a masterpiece of infrastructural development, a magnificent example of a railway line harmoniously integrated into the Alpine landscapes through which it passes.

The inclusion on the Unesco list is motivated by two criteria: (ii) The Rhaetian Railway of Albula/Bernina constitutes an outstanding technical, architectural and environmental ensemble. The two lines, today unified in a single transalpine line, embody a very comprehensive and diversified set of innovative solutions that bear witness to substantial interchanges of human and cultural values in the development of mountain railway technologies, in terms of its architectural and civil engineering achievements, and its aesthetic harmony with the landscapes through which they pass; (iv) The Rhaetian Railway of Albula/Bernina is a very significant illustration of the development of mountain railways at high altitudes in the first decade of the 20th century. It represents a consummate example of great quality, which was instrumental in the long-term development of human activities in the mountains. It offers diversified landscapes in conjunction with the railway that are significant of this period of the flourishing of a relationship between man and nature.