Monte Beigua in Liguria is part of a great natural landscape protected by UNESCO for its geological interest. Let's discover the Beigua Geopark here.

There are 169 Geoparks in the world, including as many as 11 in Italy. The third one in Italy to be recognized by UNESCO was the one headed by Monte Beigua (Mount Beigua) in Liguria, and it covers an area far larger than the Natural Park of the same name.

In addition to its extreme geological importance, the Beigua Geopark is also a place that leaves visitors breathless.

Here, in fact, the Beigua Park trails show hikers unmissable visions of land and sea, where the green of the mountains fades into the cobalt blue of the Ligurian Sea.

In this virtual walk, we will discover together the wonderful Beigua Natural Park, UNESCO Global Geopark since 2015. 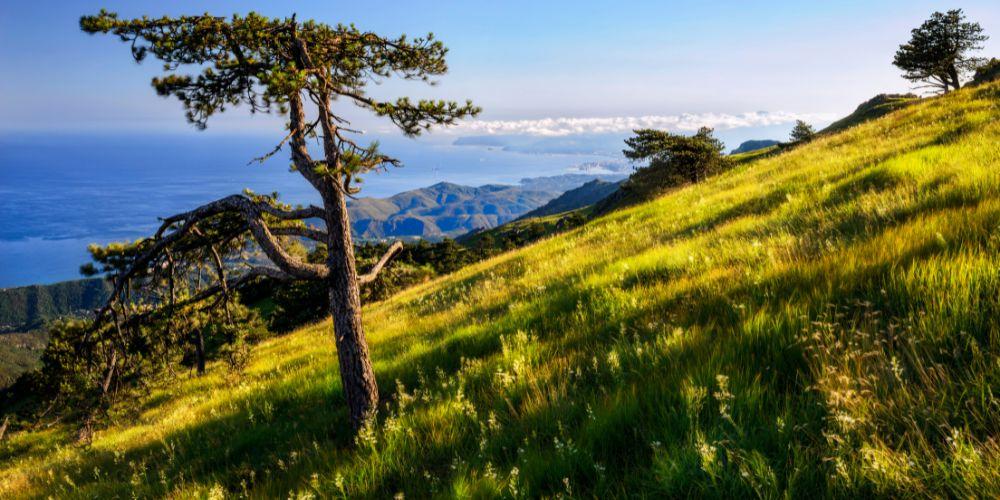 View of the Natural Park

We are located in the eastern part of Liguria, in an area between the Metropolitan City of Genoa and the Province of Savona. In Arenzano (Genoa), a beautiful town nestled on the coast, there are the headquarters of the park.

Anyway, the Beigua Geopark also includes in its area the Natural Park, corresponding to an area of 39 thousand hectares, divided among 11 municipalities.

A spectacular balcony over the sea, with as many as 26 kilometers of mountains that follow one another, showing an incredible heritage of geology and biodiversity. And that's not all: through the king of these mountains, Monte Beigua, which reaches 1,287 meters, also passes one of the most famous hiking trails in Italy: the 440-kilometer Alta Via dei Monti Liguri.

What to see and visit in Monte Beigua Natural Park: 5 unmissable things 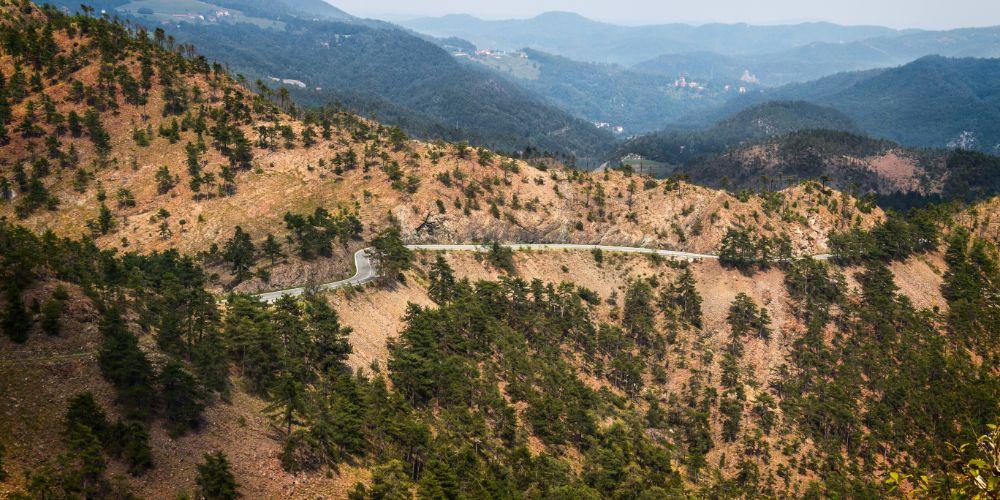 The Beigua area became a UNESCO Global Geopark in March 2015 because of the extraordinary geological heritage that can be found here.

In fact, fragments up to 200 million years old can be found that are part of the ancient Jurassic Ocean. But also fossils such as shells and corals and amazing canyons.

This amazing natural landscape has enriched biodiversity, which is protected by the Beigua Natural Park established in 1995.

Let's find out what to see in this wonderful Ligurian park.

5. Sassello's Fossil Reef, among the most important paleontological sites 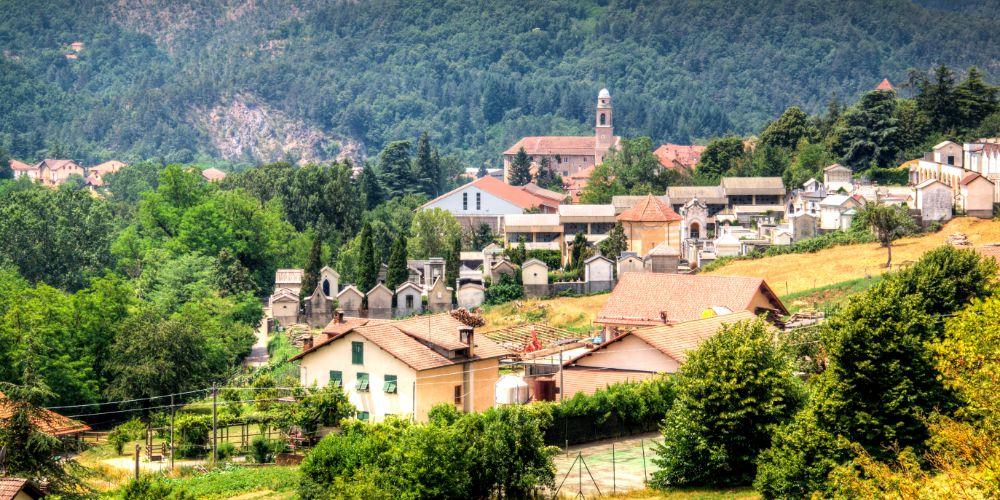 Here we go back in time as much as 28 million years.

This is one of the best-preserved fossil coral reefs. In fact, these corals never managed to create a real reef, as debris carried by waterways always eroded their growth.

Some fossil specimens can be seen in the historic center of Sassello at Palazzo Gervino, one of the Park Visitor Centers. 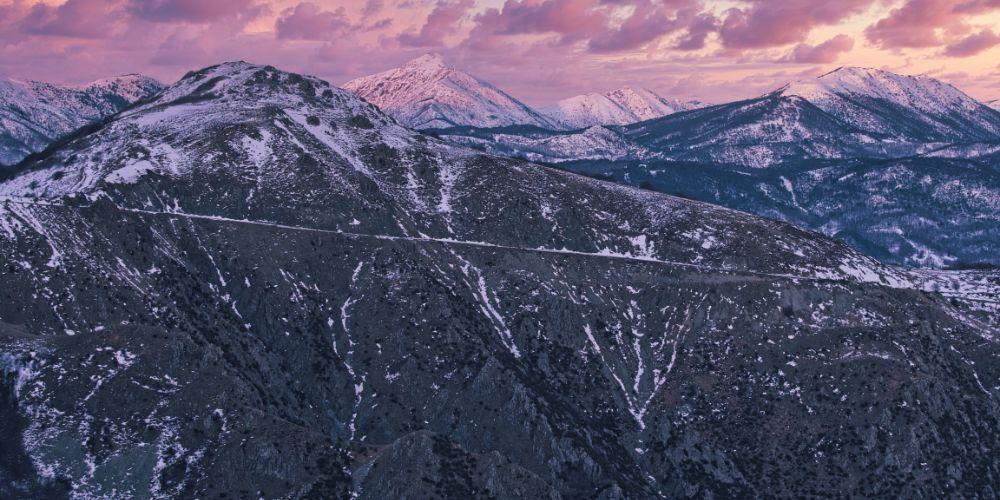 This is stop #20 of the beautiful Alta Via dei Monti Liguri. The views here are breathtaking because, on particularly clear days, the gaze can sweep from the Apuan Alps to even Monviso and Monte Rosa.

This pass is also a privileged place to start exploring Beigua Park, especially by following the trails of the Cerusa Valley. Trekking in this valley takes the visitor to explore a wild area, with pinnacles, rocks and small lakes.

Alternatively, to the east is Forte Geremia, which watches over the access between Liguria and Piedmont. This place, which could accommodate more than 100 soldiers, is also a stop on the Alta Via.

3. Not only Trekking but also Snorkeling and Diving in Beigua Park Along a former railway site, there is a beautiful and peaceful promenade of about 5 km called Lungomare Europa. Between Varazze and Cogoleto, small rocky coves follow one another showing cliffs plunging steeply into the sea.

In addition to the beauty of the Apennines meeting the sea, this area of the park is an interesting testimony to the past. In fact, it is possible to see the marks left by the sea level in ancient times or by ancient earthquakes. The rocks, then, change color as you go along. From the light color of Varazze, to much darker colors of Cogoleto.

The place is also really perfect for exploring the underwater landscape: snorkeling and diving are welcome here.

2. The Block field at Pratorotondo, in the heart of Beigua Natural Park. 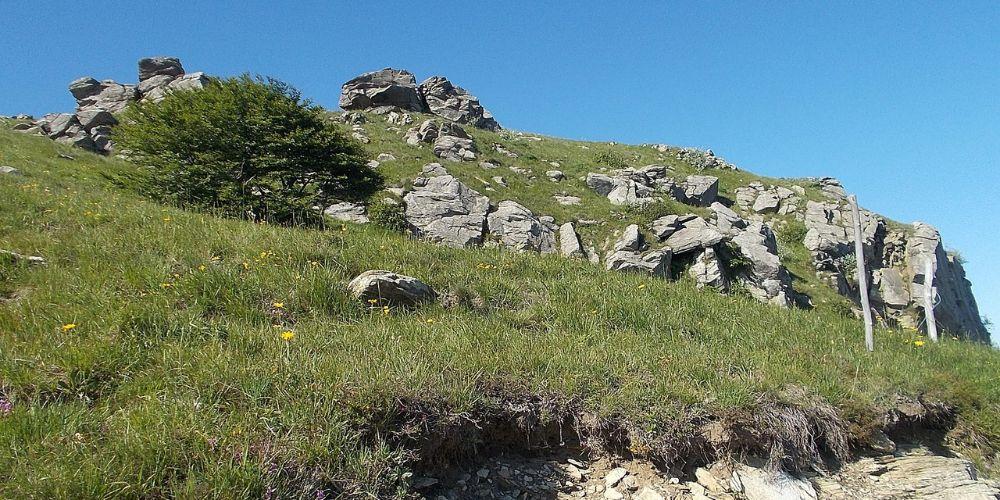 A section of the Alta Via dei Monti Liguri

We are once again along the Alta Via dei Monti Liguri. At Pratorotondo, at about 1,100 meters, the view of the Ligurian Gulf is nothing short of sensational.

You can see the stretch of the Apennines that divides the coast from the plains and observe Mount Beigua on its southern slope.

One also comes to Pratorotondo for the Campo di Pietre (or block field). The Nordic walking trail that leads to its discovery is certainly among the most popular in the Park and is just over 5 km long (one way), starting from Pratorotondo.

What, however, is the block field?

It is an accumulation of rocks that came from the tops of the surrounding hills. These crumbled and precipitated due to the repeated freezing and thawing events that happened in the distant past.

1. The magnificent canyon of Val Gargassa 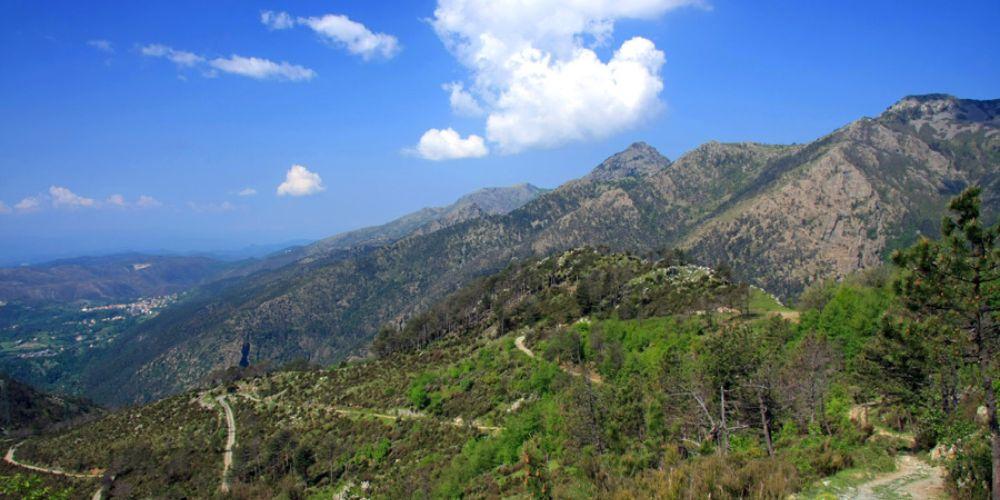 View of the Beigua Geopark

Would you believe that right in Liguria there is a canyon?

In the municipality of Rossiglione, in Val Gargassa, lies an unspoiled area. Here, in fact, water has carved a landscape for millennia that you would never think to see in Liguria.

The Sentiero Natura (Nature Trail) of the Beigua Geopark, in fact, takes visitors on a discovery of a canyon, rock formations, and beautiful lakes.

Besides the geological aspect, the canyon is an interesting place from the point of view of flora and fauna. Here, in fact, pine forests give way to simple shrubs or expanses where nothing grows. Numerous reptiles and amphibians inhabit these areas in absolute tranquility.

This trail is not too complex and proceeds in a loop for about 5 km.

Beigua Geopark: how to arrive 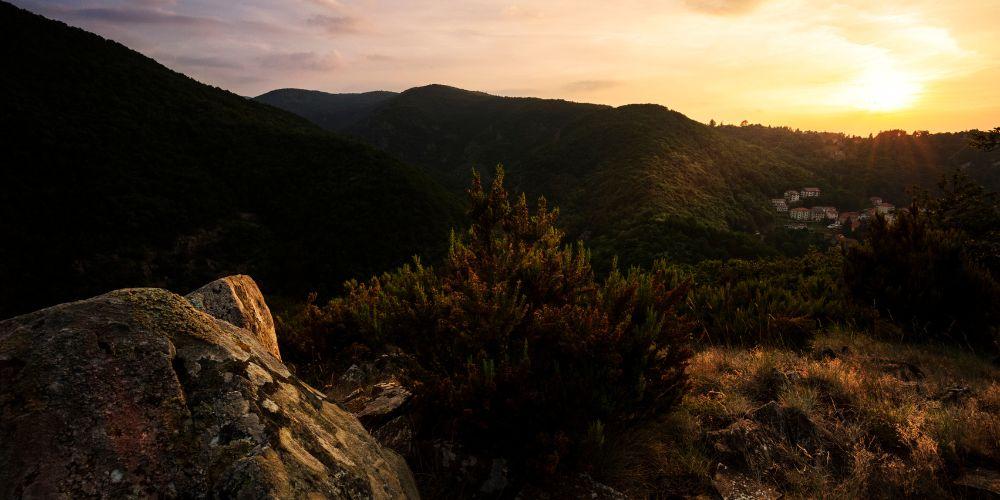 Views of the Geopark at sunset

The park area is really immense. So, it is always good to plan which point you want to visit.

If you want to reach Beigua Park by car, those arriving by highway can choose between the A10 Genova-Ventimiglia number of exits or the Masone exit of the A26 Voltri-Santhià. The roads that then enter the heart of the Park are particularly impervious and of widely varying width.

If you prefer to reach the Geopark by train, the most convenient trains are certainly those leaving from Genoa (Genova-Ventimiglia or Genova-Ovada lines).

There are no less than 7 information centers in the park and they are located in different points of the park: two in Sassello, one in Arenzano, and then one in Varazze, Cogoleto, Masone, and Tiglieto.

This park has indeed exceptional assets for geotourism, but also for trekking and Nordic walking enthusiasts.

Mount Beigua Natural Park and Geopark certainly is a place of unparalleled natural beauty, in which you can read the ancient history of our world...

If you are planning a trip to this region, also discover the other UNESCO sites that Liguria has to offer!