The historic centre of Urbino is a magical place and, since 1998, its beauty has earned it inclusion on the UNESCO World Heritage List. The beautiful palaces, churches and characteristic narrow streets transport the tourist directly back to the atmosphere of fifteenth century when Urbino was the glittering city of the dukes, rich, in cultural ferment and pervaded by the enchanting splendour of Re

Stairways, small squares, hanging gardens: everything lives in a dimension of composed harmony and park-like balance. But then suddenly, Urbino opens up to magical and fabulous scenarios.

History of Urbino, the Dukes and Raphael Sanzio’s city 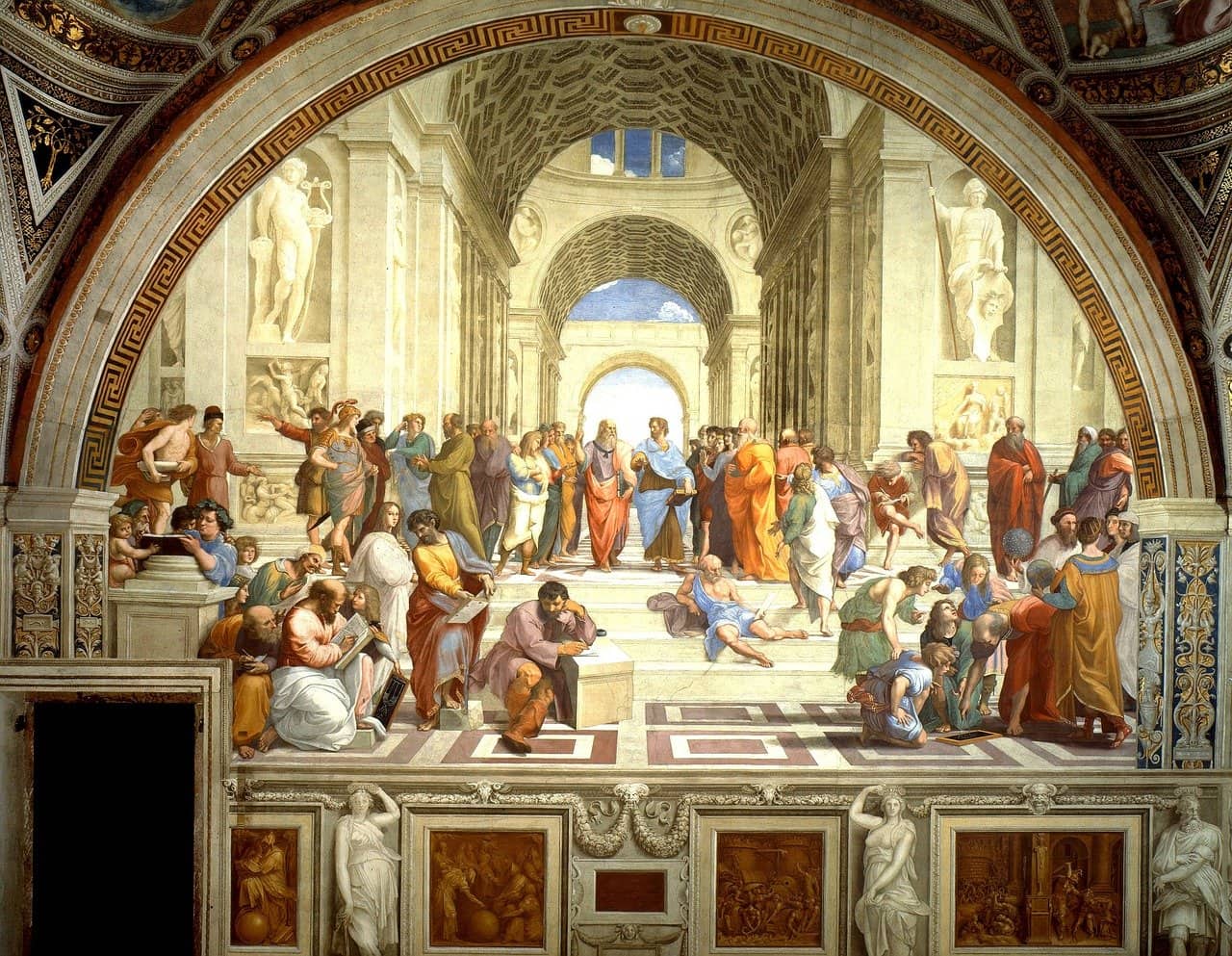 For centuries the city of Urbino has been the stage on which great protagonists of the Italian Renaissance have performed, but not only: its origins date back to an even more ancient era, the vestiges of which can still be recognised today. This is why it is so important to know the history of the city of Urbino, to be able to enjoy all the artistic wonders that this fabulous Italian town can display in such a spectacular way.

The foundation of Urbino is lost in the mists of time when these lands were inhabited by the Umbro-Picene populations, who probably founded a village here. There is little evidence of this period, but today we can admire the fortified city from the Roman era, called "Urvinum Metaurense", which became a municipality in 46 BC.

After the fall of the Roman Empire, Urbino, like many other civitas in central Italy, fell into the hands of various conquerors: first, it was occupied by the Goths, then by the Byzantines who took it by thirst, then it became a battleground for the Lombards, and so on until the famous descent into Italy of Charlemagne, who brought most of the peninsula under his rule with his mighty army.

In the eighth century, Urbino was donated to the Church of Rome, even though the papal rule was always more nominal than effective: proof of this was that Urbino, at least at the beginning, was a city declaredly Ghibelline (in favour of the empire).

In 1150 Frederick Barbarossa granted the title of Imperial Vicar over Urbino to his loyal vassal Antonio da Montefeltro for services rendered to the crown, and from then the dynasty dominated the city for several centuries with ups and downs: some of the most famous men of power who ruled the city were Guido il Vecchio, whom Dante put toasting on a gridiron in hell as a fraudulent advisor; Federico, slaughtered during a popular uprising in 1323 which put an end to the Montefeltro dynasty at least for a while, paving the way for the Albornoz family, loyal to the pope; Antonio II and Guidoantonio di Montefeltro who managed to reconquer the city, expand its boundaries and turn it into a place open to culture and economic progress.

In 1443, on the death of Guidantonio, he was succeeded by his son Oddantonio di Montefeltro, who was given the title of Duke of Urbino by Pope Eugene IV. Unfortunately, the young Oddantonio had some very bad advisors and got involved, perhaps because of his young age (he was only 17), in affairs that were not exactly clear, increased taxes and harassed the people of Urbino so much that they rebelled and tore him to pieces the following year.

At this point, the story of the Dukes of Urbino took on the characteristics of a soap opera: the city was without an authoritative guide, threatened with invasion by the Malatesta family from Rimini, so it decided to looking for help Federico Montefeltro, half-brother of the deceased Oddantonio and probably implicated in his murder. Federico was able to take advantage of the situation and thanks to a series of diplomatic and military interventions, in just a few years he was able to fortify the borders of Urbino and make it a splendid city, a melting pot of arts and engineering marvels.

Federico's descendants made the Urbino court the meeting place of the greatest men of letters of the time, Baldassarre Castiglione wrote his Book of the Courtier here, and the great University of Studies was founded.

But then, in 1502, Urbino was occupied by one of the most hated characters in Italian Renaissance history: Cesare Borgia, son of Pope Alexander VI. The two assembled a colossal army intending to attack the Duchy of Milan ruled by Ludovico il Moro, but they did not stop there: they spread throughout the peninsula, starting the Italian War.

The war ended only with the death of Pope Alexander VI and the renunciation of the papal state to its claims: Guidobaldo Montefeltro had defended the duchy with intelligence and valour, but unfortunately, he died without an heir. In his last years of life, he had the good fortune to host at his court the famous painter Raffaello Sanzio, originally from the city and now famous in all the Italian courts. After his death, the properties passed to Della Rovere family, who managed to raise the city from the ruins of the war, but who did not take a particular interest in the city, which slowly entered a period of decline until 1701, when Clement XI, from Urbino, ascended the papal throne and worked to restore the city's lost splendour; however, this was only a happy interlude, as the fate of the city was called into question with the arrival of Napoleon's French at the end of the century. Finally, in 1860, Urbino was annexed to the Kingdom of Italy and has shared its history ever since.

10 things you cannot miss from the historic centre 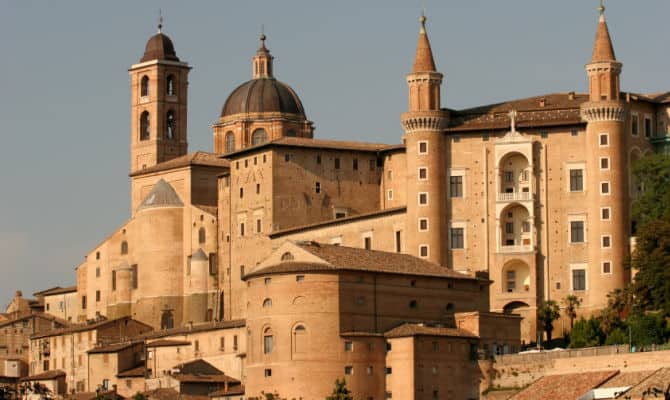 The historic centre of Urbino is one of the most beautiful in the Marche region, the honey-coloured buildings silhouetted against the blue sky are reminiscent of fairytale kingdoms, with castles, towers, domes, winding alleyways and a breathtaking view of the surroundings of the 'realm'. Strolling through the streets of the city will be an exciting experience, but now let's see together which are the 10 most characteristic places that you really must not miss.

The Palace was built in the 6th century and used as a residence for Duke Federico di Montefeltro. It was one of the most sumptuous palaces in central Italy: its halls have been converted into the Galleria Nazionale delle Marche (National Gallery of the Marches) where you can admire some of the masterpieces of the Renaissance such as the Flagellation by Piero della Francesca, the Portrait of Young Woman by Raphael and two canvases by Titian. You can also appreciate the wonderful decorations and furniture from the medieval period.

Urbino Cathedral is the city's main church. It was built by Bishop Mainardo in 1063 and dedicated to Virgin Mary. After almost a thousand years, the cathedral is still in an excellent state of preservation, thanks also to the numerous reconstruction works carried out over the centuries. Its current appearance dates back to the 18th century when the cathedral was almost completely rebuilt in neoclassical style.

3 - The birthplace of Raffaello Sanzio

In this ancient house in the historic centre of Urbino in 1482 was born Raphael Sanzio, the great painter and symbol of the Italian Renaissance. Today it is the seat of the Raphael Academy and has been transformed into an interesting museum where you can admire numerous works of art, painting, sculpture, ceramics and antique furniture. Most of these objects have no connection with Raphael: they are more of an inventory of objects of the time, copies of his paintings, sketches and tributes.

The Albornoz fortress was built in 1367 in honour of Cardinal Egidio Alvarez Carrillo de Albornoz and is located at the highest point in Urbino. From this fantastic point of view, you can admire the puzzle of red roofs that characterise the city, the green of the surrounding hills, the honey-coloured bricks exposed to the sun and the grey of the surrounding rocky Apennines. The fortress has taken on different roles throughout its history: the military garrison, Carmelite monastery, orphanage, for a time it was an abandoned place and now houses the Academy of Fine Arts. It is a building of great interest to tourists for its history, the art works and the 360° panorama that can be seen from its terrace.

This beautiful square is located in a very panoramic point where you can admire a splendid view of the city: its position allows you to see all the magnificence of the walls and the Albornoz fortress. In the square, there is also the monument dedicated to Raffaello Sanzio, a huge bronze statue placed on a recently decorated pedestal.

This beautiful square is located to the east of the Ducal Palace. Its singular beauty makes it one of the favourite attractions for tourists in Urbino. At the beginning of the square there is a monumental Egyptian obelisk dating back to 560 BC, brought to Urbino in 1737. The presence of this original find makes the square even more scenic.

7 - The Oratories of San Giovanni and San Giuseppe

The Gothic façade of the early 20th century does not do justice to the masterpieces housed in the Oratory of San Giovanni: inside you can admire the Renaissance masterpiece by the brothers Jacopo and Lorenzo Salimbeni da San Severo, a cycle of religious frescoes with luminous colours and incomparable plasticity. In the nearby Oratory of San Giuseppe you will find a human-sized stucco nativity scene from 1560, considered the oldest in the world.

Urbino is a steep, vertical city with narrow streets. Federico di Montefeltro was well aware how useful it was to defend the duchy from enemy army, so he had built a bastion at the foot of the Torricini of the Ducal Palace and helical ramps inside it: a magnificent work of engineering which allowed the Duke to reach the heart of the Palace directly from the stables. Gun ports were added to the bastion to keep the surrounding area under fire. In 1800 the Raphael Theatre was built on top of the bastion, which is difficult to visit because it is almost always closed. The spiral staircase is a difficult but fascinating way to access the historic centre.

Urbino's botanical garden, managed by the University, was officially founded in the early 1800s but had been the major garden of the Franciscan friars since 1200. The façade you can admire today was built in brick and is in neoclassical style: the vaulted entrance is decorated with beautiful frescoes and a polychrome stained-glass window leading to the garden entrance.

Urbino lies halfway between the sea and the Apennines, between Tuscany and Emilia-Romagna, and this hybrid nature influences the typical local products. We certainly recommend sampling the area's delicious mushrooms, especially truffles, including the highly prized Acqualagna truffle. The local fresh pasta is named passatelli, which is often combined with game sauces. A typical product of the area is Crescia, a piadina accompanied by Montefeltro salami, Carpegna ham and Fossa pecorino cheese. Casciotta is a typical cheese of the area, pecorino DOP, of ancient origins, much appreciated by Michelangelo Buonarroti. 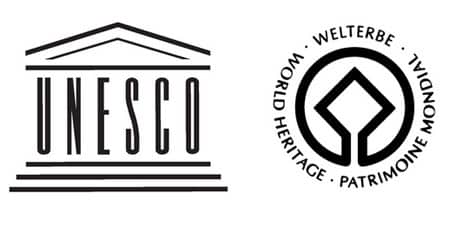 On 5 December 1998, during the twenty-second session of the World Heritage Committee held in Kyoto, the Historic Centre of Urbino was inscribed on the UNESCO World Heritage List.

The criteria that allowed this enchanting village to be included in this prestigious list are as follows:

- During its short cultural pre-eminence, Urbino attracted some of the most outstanding humanist scholars and artists of the Renaissance, who created there an exceptional urban complex of remarkable homogeneity, the influence of which carried far into the rest of Europe. "To show an important interchange of human values in a period of time or in a cultural area of the world, with regard to developments in architecture or technology, the monumental arts, town planning or landscape design".

- Urbino represents a pinnacle of Renaissance art and architecture, harmoniously adapted to its physical site and to its medieval precursor in an exceptional manner.

"To be an outstanding example of a building or architectural or technological complex or landscape design that illustrates a significant stage or stages in human history".