Why Capri is famous: stacks, gin, sea, luxury and more

Known as the Pearl of the Mediterranean, Capri is one of the most enchanting islands in the world: a little paradise on earth in the heart of the Bay of Naples, which every year attracts millions of tourists. But why is Capri famous? In this article we'll take you on a virtual journey through the island's beauty, including luxury, gin, sea and everything else worth discovering on Capri.

Known as the Pearl of the Mediterranean, Capri is one of the most enchanting islands in the world: a little paradise on earth in the heart of the Bay of Naples, which every year attracts millions of tourists. But why is Capri famous? In this article we'll take you on a virtual journey through the island's beauty, including luxury, gin, sea and everything else worth discovering on Capri.

The Piazzetta of Capri and the luxury shopping streets

Capri is full of enchanting places such as Villa Jovis, Monte Solaro and Anacapri, but the most iconic of these is undoubtedly Capri's Piazzetta. Now a symbol of Capri's glamorous social life, Piazza Umberto I is the very heart of the island. With its cafés and panoramic terrace, it represents the most exclusive area, welcoming celebrities and tourists from every corner of the world.

From here the main streets of the island unwind, first of all Via Camerelle, the luxury shopping street par excellence. Here it is possible to walk surrounded by the refined high fashion boutiques of the most important designers and fantasize of being a star. The atmosphere of exclusivity that you breathe among the streets of Capri and the fact that it is a very popular destination for VIPs, are in fact one of the main reasons why Capri is famous. 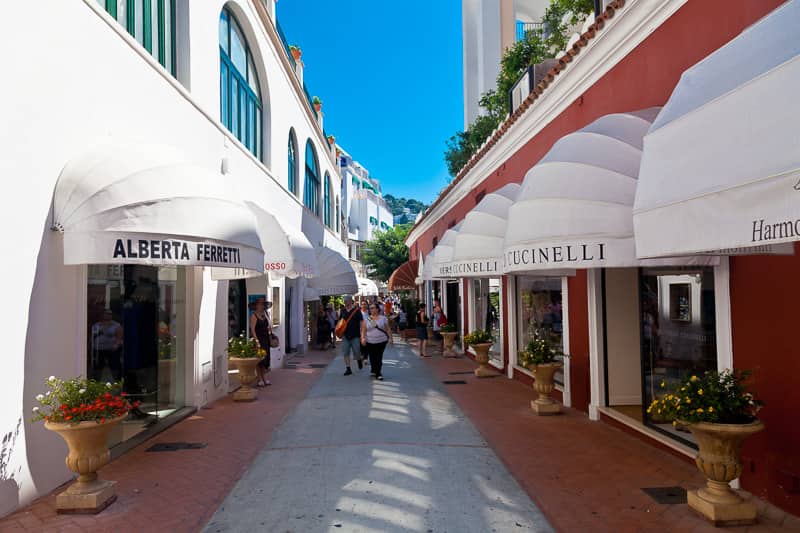 The Blue Grotto of Capri

One of the most fascinating places not only of Capri, but of the whole world, is the Blue Grotto. It is a natural cavity dug into the rocky coast of the island and characterized by a unique blue light that makes it a unique cave.

The particular phenomenon is due to the refraction of light in the water and a play of reflections that holds back the colors, letting out only the blue. But any explanation of the phenomenon would not do justice to its beauty and the feeling of wonder that you feel when you observe it for the first time.

The visit of the Cave is in fact very suggestive: you enter on board of small rowing boats guided by sailors who sing classic Neapolitan songs, which then echo loudly between the walls of the cavity.

Much more than just a place to visit, the Blue Grotto is a magical experience to be had at least once in your life.

The Faraglioni of Capri: legend, myth and curiosity 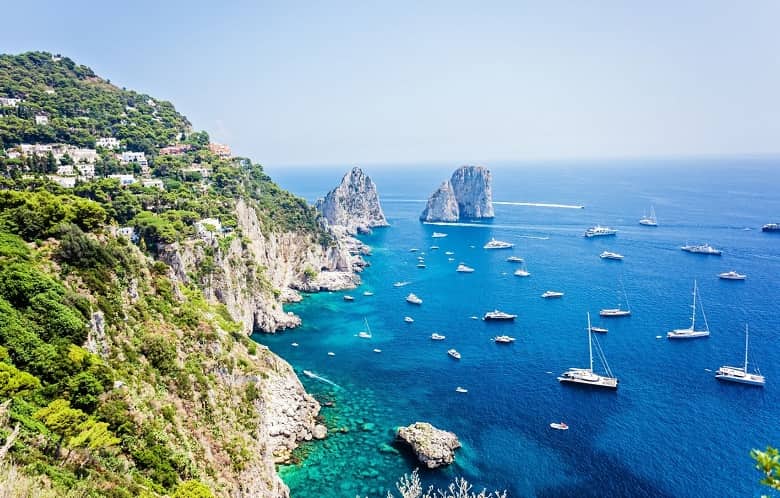 Another of the most emblematic symbols of the island of Capri is undoubtedly the Faraglioni, three large stone blocks which emerge from the sea to offer breathtaking views.

Their name derives from the Greek pharos, that is "lighthouse", since in ancient times people used to climb these rocky formations to signal the route to sailors with large fires. What not many people know is that each of these three rocks also has its own name: Saetta, Stella and Scopolo are in fact the three names of the stacks.

Those who have had the pleasure of climbing them may have known the fascinating blue lizard, a rare specimen of lizard with a singular blue coat, which lives exclusively in this habitat.

To the Faraglioni are also tied some anecdotes and curiosities. The legend of the Faraglioni of Capri, for example, dates back their origin to the myth of the Odyssey of Ovid, according to which the powerful rocks would have been thrown by the giant Polyphemus against the hero Ulysses, during his return trip to his homeland after the war of Troy. Another romantic legend recommends instead to kiss under the arch of the Stella stacks: it seems to bring luck and is worth as a promise of eternal love.

Caprisius, the sea of Capri in a gin

The flavours of the island are not to be overlooked, including the Caprese salad (made with tomatoes, mozzarella and basil), the typical Ravioli capresi (made with marjoram and dry caciotta cheese), various traditional Mediterranean fish dishes, the Caprese cake (made with almonds and cocoa), the famous limoncello and the island's official gin: Caprisius.

Made with botanicals coming entirely from the island, every sip of this gin evokes the freshness of the sea and encapsulates the essence of Capri. Each of its ingredients has in fact a specific meaning connected to the island, such as Juniper, which growing and being gathered near the sea, absorbs the breeze, or the same sea salt, lemons or even Marjoram, key ingredient of the famous Ravioli Capresi.

The splendid Caprisius bottles exalt the union between gin- sea- Capri. The Standard Edition has a background that recalls the colours of the sea, as well as of its most famous Grotta.

The Special Edition is a true masterpiece: a jewel-like bottle in the shape of the Faraglioni and of incomparable elegance. 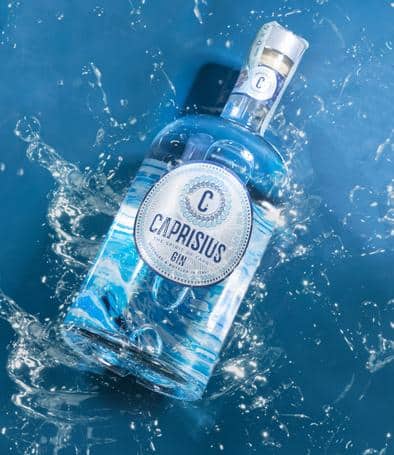 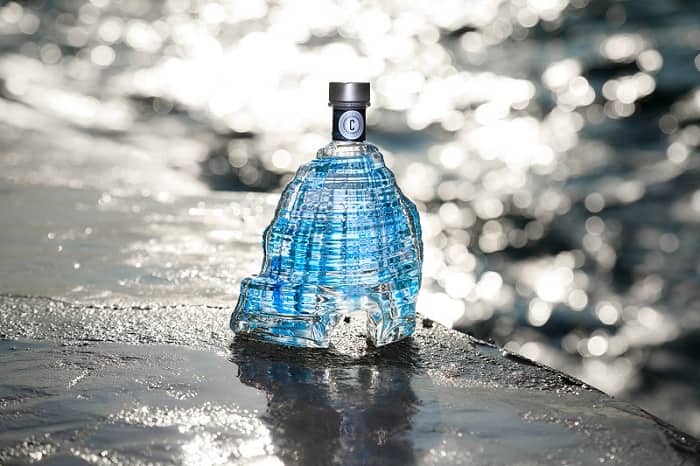