What to see in Piedmont: 10 unmissable places

Piedmont is one of the most important regions of the Italian peninsula. A land rich in history and culture, as witnessed by its thousand monuments.

But Piedmont is also a land of extraordinary scenic and natural beauty, a land we could say, kissed by God! So what are you waiting for to follow us on our adventurous journey

1 - Turin, capital of art and culture

Turin is the capital of Piedmont and is a city rich in history and culture. Numerous and important are its monuments, among which it is necessary to remember the Cathedral that houses the Holy Shroud; the Real Church of San Lorenzo; the Sanctuary of the Consolata and the Mole Antonelliana. The Piedmontese capital also offers us a large number of museums to visit such as the Egyptian Museum, the GAM, Palazzo Madama, to name just a few of the most important names.

2 - Lake Maggiore and the Borromean Islands

Among the beautiful landscapes of the Piedmont region, Lake Maggiore is certainly not to be missed. A heavenly place that will make your holiday more rewarding and relaxing. A must visit are the small towns that overlook the lake such as Stresa and Verbania and, above all, the Borromean Islands, spearheads of Lake Maggiore, for their historical and naturalistic charm. Among these, La Bella Island and La Madre Island are unmissable.

One of the unmissable stops on your tour in Piedmont is definitely the Sanctuary of Oropa (Biella). Built in the 4th century on the Sacred Mount of Oropa by order of Saint Eusebius, the Sanctuary is divided into several sections to visit: The Treasury Museum, The Ancient and New Basilica, The Royal Apartment, etc ... Last but not least, the 14th century statue of the Black Madonna, a masterpiece of medieval sculpture.

One of the most enigmatic and fascinating places in Piedmont is the Sacra di San Michele, built between the end of the 10th and the beginning of the 11th century on Mount Pirchiriano, in Val di Susa (municipality of Sant’Ambrogio di Torino). The main attractions of the Sacra di San Michele are the Foresteria, the New Church, the Bell’Alda Tower and the Nuovo Monastero.

To be truly satisfied with your trip to Piedmont, a visit to the splendid and elegant Palazzina di Caccia of Stupinigi, which is located in the municipality of Nichelino in the province of Turin, is a must. The building was commissioned by Vittorio Amedeo II to the architect Filippo Iuvarra, one of the last followers of the Italian and European Baroque. A fundamental step to breathe the atmosphere experienced by one of the most important Italian families.

6 - The Natural Park of Alpe Veglia and Alpe Devero

The Natural Park of Alpe Veglia and Alpe Devero is an enchanting place that best represents the scenic beauty of the Piedmont region. A place where you can immerse yourself in untouched and idyllic nature and where you can stroll among mountains of spectacular beauty. 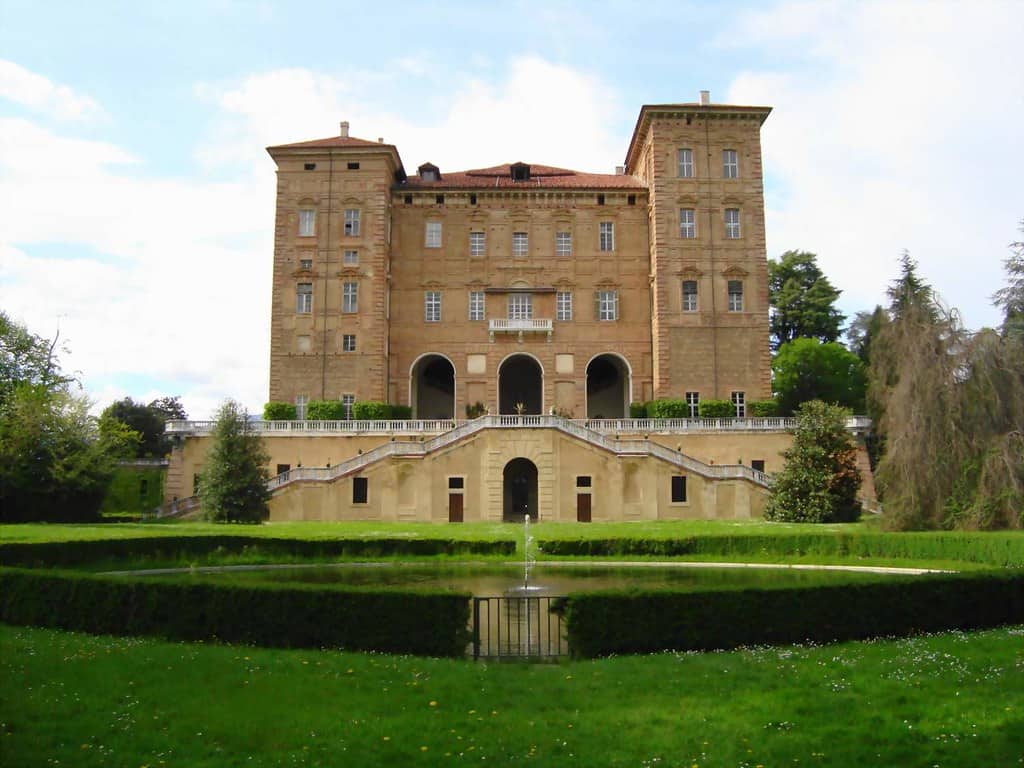 One of the ten wonders of Piedmont is located in Agliè, in the province of Turin: it is the famous Ducal Castle built in the Middle Ages and later remodeled and modernized by the architects of the House of Savoy. For this highly stratified history, the Ducal Castle of Agliè presents an original mixture of architectural and artistic styles that makes the visit more pleasant and interesting. 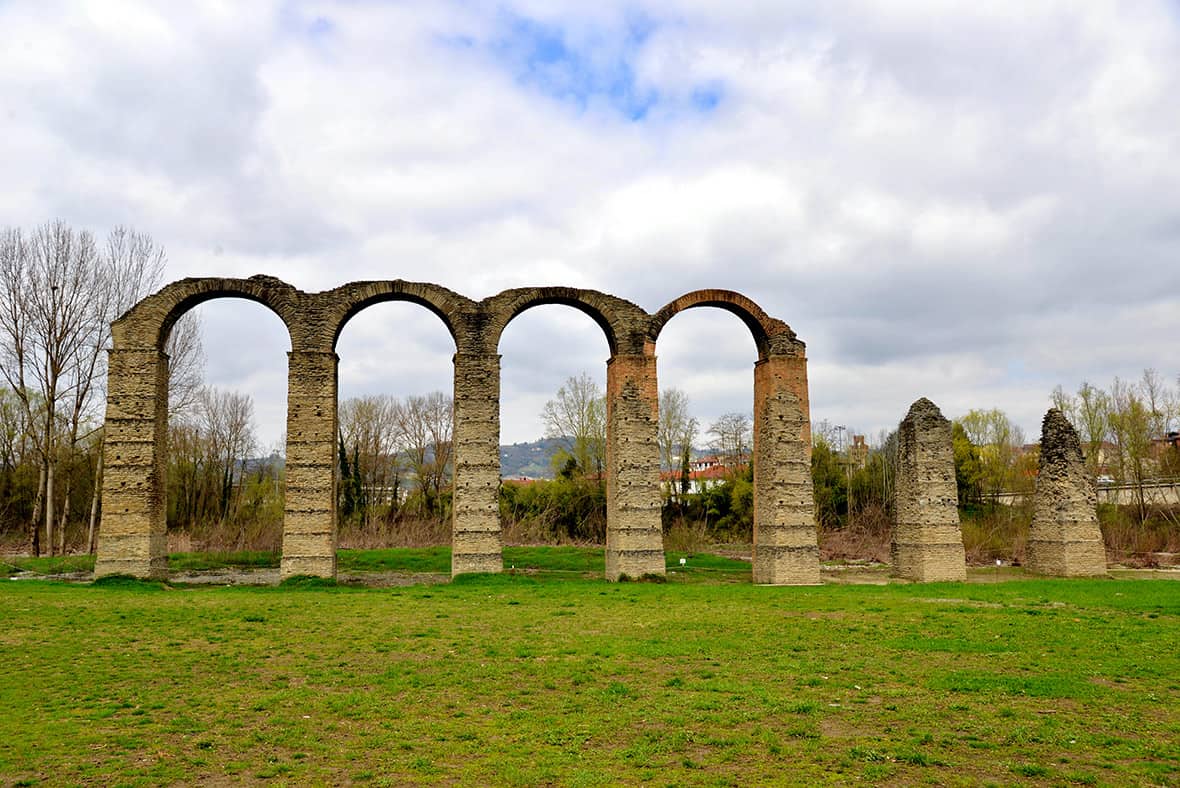 A stay in the Piedmontese town of Acqui Terme allows you to take a dip in antiquity. The Romans, in fact, after discovering thousands of years ago the precious thermal springs, decided to build some important structures that can still be visited today: among these, the aqueduct and the thermal baths. Don't miss the Duomo and the Archaeological Museum.

9 - The Fenestrelle Fortress: a bulwark of the Savoys 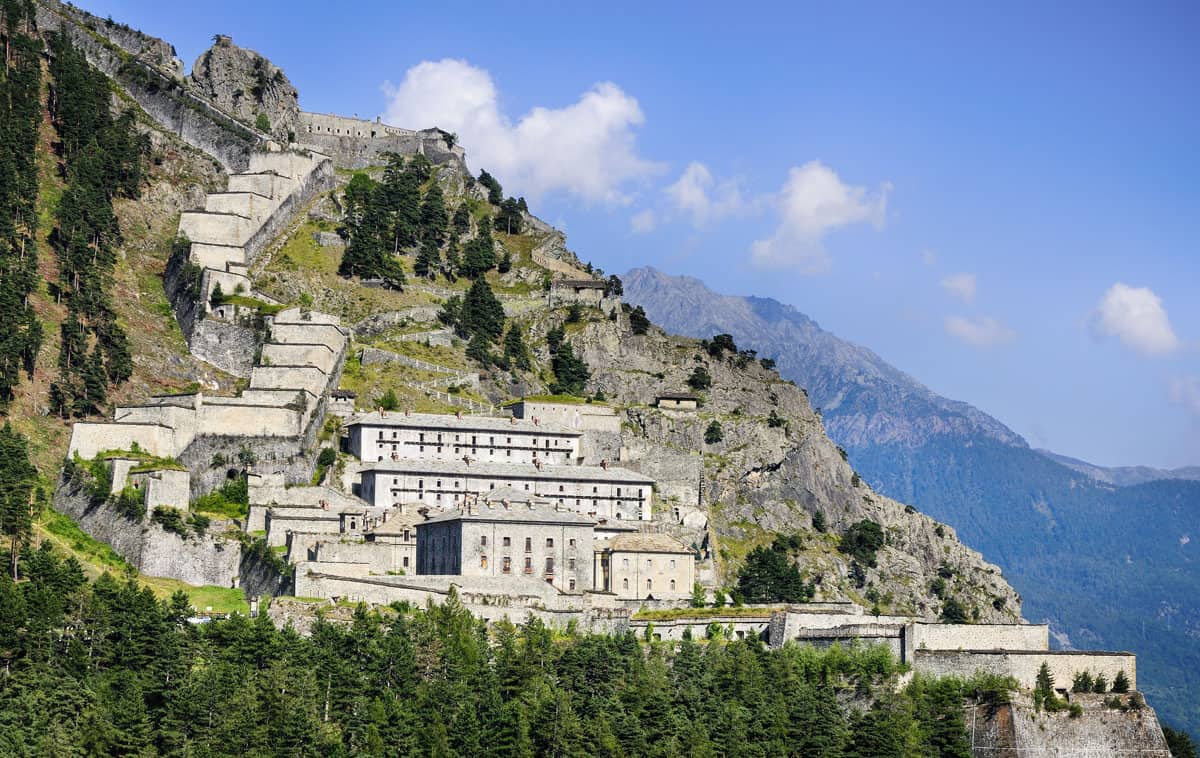 Maybe you didn't know that to admire the Great Wall of China it was enough to go to Piedmont in the Chisone Valley! It was here in fact, in the commune of Fenestrelle that between the XVIII and the XIX century Vittorio Amedeo II of Savoy made to build the imposing masonry colossus. The work was carried out by the engineer Ignazio Bertola and extends for five kilometers articulated in two Ridotti, three forts and three batteries. 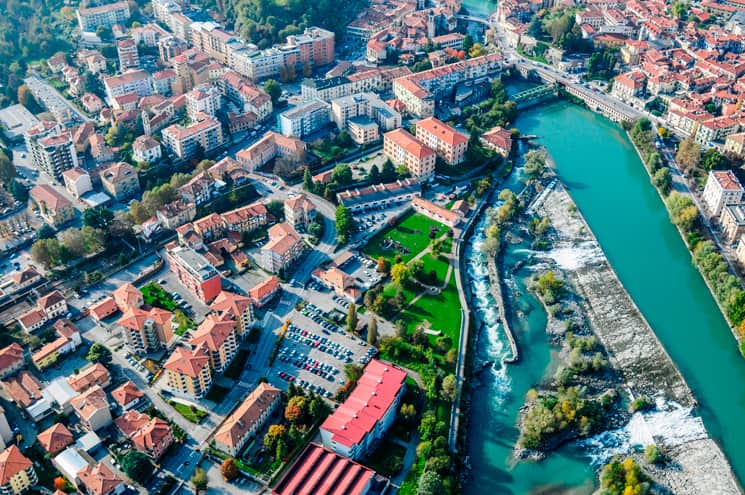 The last stop on your ideal tour in Piedmont is the city of Ivrea. Last, of course, of our list, but not for the beauties it can offer you! In fact, the famous castle built at the end of the 14th century is of great interest; the Bishop's Palace; the church of San Bernardino built in the fifteenth century and the beautiful Cathedral.