Verona: all the unmissable stops of the city

Verona has been able to retain that charm that attracts visitors like a magnet. The bridges, the high towers, the walls that surround it, are all signs of a glorious past.

"Romeo, Romeo! Why are you Romeo? Ah, deny thy father and refuse thy name, Or if thou wilt not, be but sworn my love, And I'll no longer be a Capulet.”

These are the unmistakable word thath give voice to Juliet Capulet, the famous protagonist of the tragedy “Romeo and Juliet” written by the unforgettable pen of William Shakespeare. The success of his work has known a worldwide fame, and the setting of this intense but unfortunate love is the picturesque city of Verona.

The history of Verona

It is impossible to appreciate this destination without knowing its history. Verona, situated in a hilly area close to a bend in the river Adige, has its roots in a very distant past. In fact, since the Bronze Age it is possible to identify the traces of a village. The Romans will be the first to exploit its strategic position for trade, but even after the fall of the Roman Empire in 476 A.D. the city retains its importance. Verona has known many masters, has risen after periods of tyrannical domination, has lived a period of glory with the  Dalla Scala' family and for a long time was under the control of the Republic of Venice. During the Austro-Hungarian rule it became a fortress to guard the Austrian possessions, in 1866 it was annexed to the Kingdom of Italy and at the end of the nineteenth century the city was restored to its medieval appearance through restoration.

Things to see in Verona: that' s the reason of so much magnificence 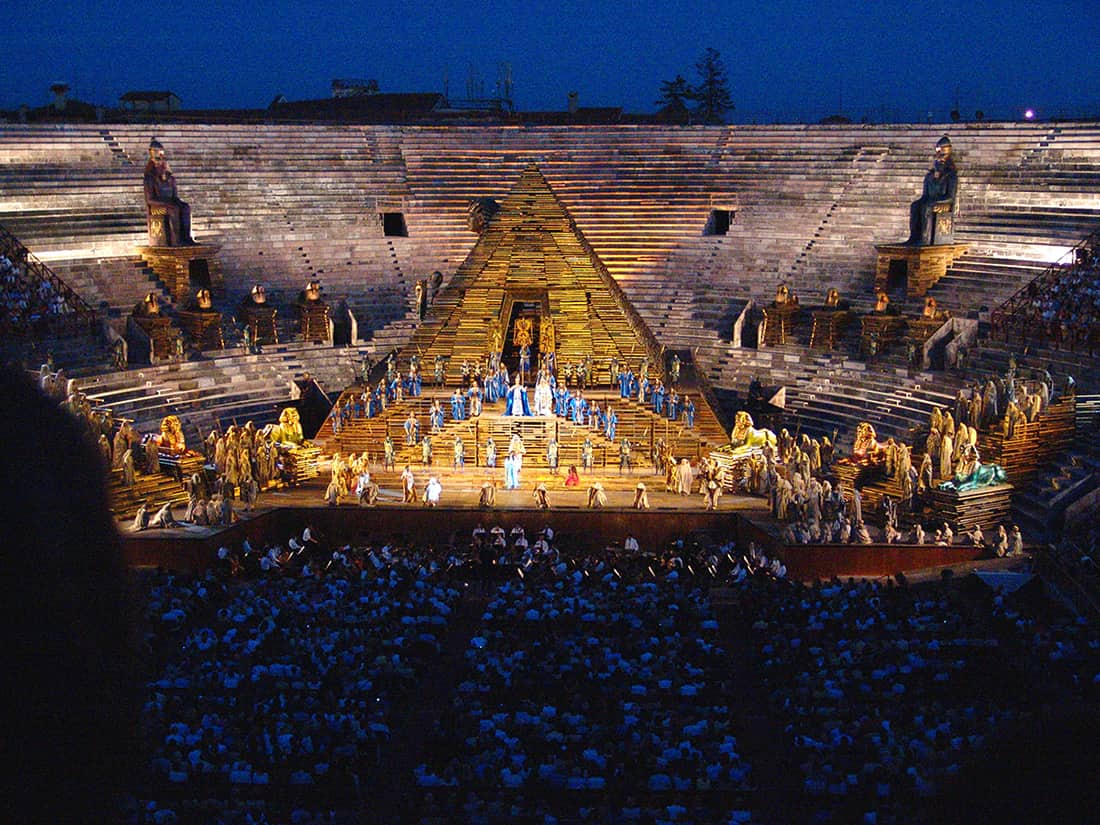 Verona is an impure jewel because it is contaminated by many passing people, but it has been able to retain that charm that attracts visitors like a magnet. The bridges, the high towers, the walls that surround it, are all signs of a glorious past.
A must stop during the trip is the house of Romeo and Juliet, a building of the thirteenth century in the heart of the city with a portal in Gothic style and a brick facade, inside the courtyard you can see the famous balcony, The love theater of the world’s most famous couple, and there’s also a statue of Juliet.
The Roman amphitheater, better known as the Arena, is certainly the architectural symbol of Verona. The arena, like most amphitheatres, housed the gladiator shows, its interior consisting of concentric tiers conveys a sense of possessiveness. Today it is not the scene of bloody struggles, but it hosts many musical performances and concerts in which to sing at the throat.
If you plan to breathe the most lively air of Verona, you will have to add to your stay another destination: Piazza delle Erbe. Surrounded by an embrace of medieval architecture you can experience the daily life of the Veronese who go there to shop or to have an aperitif in the oldest and evocative square of the city.
Piazza Brà is also famous, from which you can admire Palazzo Barbieri, seat of the town hall of Verona, and where you can walk on the Listron, the paved pink marble of Valpolicella.
Verona is troubled love, it’s art, it’s history, but it’s also movement. In fact, if you look up to the sky you will notice that, near Piazza delle Erbe, stands the Torre Lamberti. 84 meters high offers tourist the opportuinity to admire the city from above. Don’t be lazy, the effort will be worth it!

Verona is a particular city that you fall in love with the eyes and the heart, which satisfies every type of tourist, who lives of art but also of nightlife. Verona will make you want to come back once more, because one is never enough.